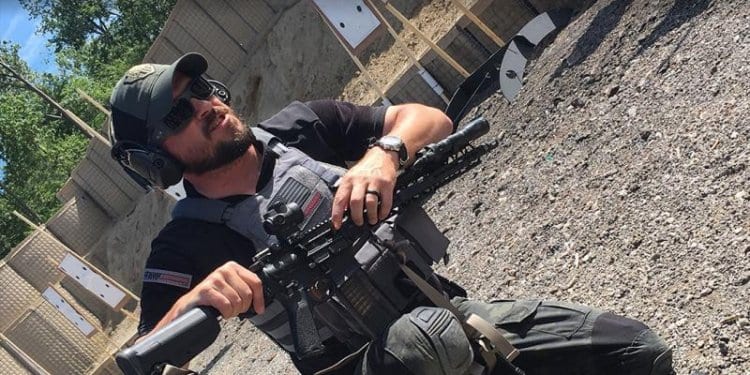 Miami, Fl. – Gunmagwarehouse.com, a leading online retailer specializing in magazines is pleased to announce that Daniel Shaw has been named Director of Marketing for GMW.

Daniel Shaw is a retired U.S. Marine, a nationally known and sought-after firearms trainer in both the public and private sector through his company Shaw Strategies and he has spent years working with several media and marketing companies creating industry leading content. Daniel will lead the GMW marketing team as the company expands its community outreach program and begins new initiatives in consumer-focused content creation.

“We are incredibly excited to have Daniel on our team as we expand our community outreach program and begin an aggressive consumer-focused content creation initiative,” Said Michael Lambka, Owner of Gunmagwarehouse.com “Daniel brings a tremendous amount of knowledge and experience that our customers and the industry as a whole will benefit from.”

“We have numerous exciting projects underway, but I’m most excited about our plan for reviews and informative content with a distribution platform that exists outside of paid advertisements,” Said Shaw. “That means real, unbiased reviews on the firearms and products that end users are researching. Those who know me, know that this has been a goal of mine for years.”

Founded in 2012 with the simple goal of keeping every magazine currently in production, in-stock and ready to ship. A large in-stock magazine selection is a commodity within the shooting community, and although there is a lot of competition out there, product assortment is usually the same. If one retailer is out, they all are. Gunmagwarehouse.com has set out to change that and has the largest selection of magazines anywhere.

Daniel Shaw is a retired US Marine Infantry Unit Leader with multiple combat tours and instructor titles. He has developed curricula and training standards for pre-deployment training and Marine Security Forces such as the Fleet Anti-Terrorism Security Teams (FAST) and the Naval Nuclear Security Program. Daniel has been a DOD/USMC firearms instructor for over 16 years. Since retirement from the Marine Corps, Daniel teaches Armed Citizens, Law Enforcement Officers, and Active Duty Military weapons and use of force.  He holds numerous instructor certifications from the private sector and the US Marine Corps to include foreign weapons and master instructor of handgun, rifle/carbine, shotgun, and medium to heavy machine guns.

Daniel takes his life of training and combat experience and develops as well as presents curriculum and creates digital media content to help Law Enforcement, US Military and Responsible Armed Citizens prepare for a deadly force encounter.  Daniel travels the US teaching and training under his company, Shaw Strategies, and discusses all things hoplological and self-defense related on Gunfighter Cast. If you have a few minutes, and want to do a little learnin’…give him a follow. He’s one of the top Twitch streamers out there.