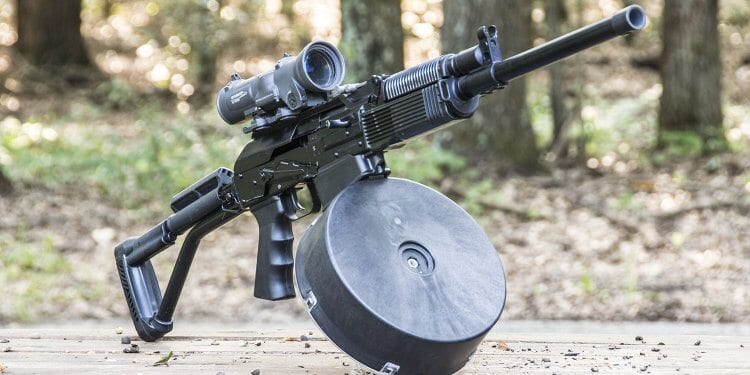 Have you ever wanted to carry half a box of shotgun shells in a single VEPR magazine?

While this may seem like a ludicrous proposal to some, it’s a great way to really experience the raw power of a magazine-fed semi-automatic shotgun like the Russian, VEPR-12.

Russian Origins of the VEPR

The VEPR is named after the Russian word for the Eurasian wild boar, and is based on both the AK and RPK series of rifles. Like both of these guns, it uses a stamped-steel receiver and rock-and-lack magazines.

Unlike it’s Kalashnikov progenitors, the VEPR uses a modified piston system instead of the standard long-stroke piston employed by traditional Kalashnikov designs. This is done presumably because the gas tube is so wide, that a properly-fitting piston would have to be massive.

That any, because it functions like a short-stroke piston, should be a more reliable system. The benefit for US shooters, is that they can replace the floating, “puck” at the end with a US-made one to get closer to 922r compliance.

And while 922r doesn’t normally concern most shooters, if they’re running an all-Russian VEPR and want to run the SGM Tactical 25-round drum, they’ll need that along with a few other US-made components to be legal.

With the legal stuff out of the way, let’s get the fun part – a gigantic shotgun drum! 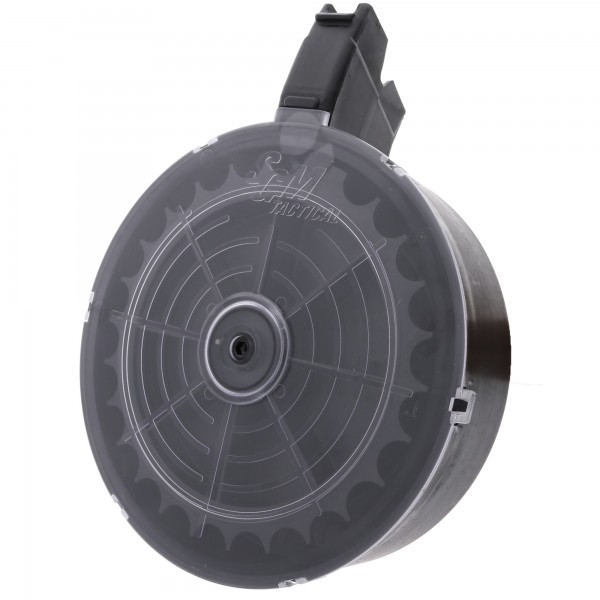 Fire to the Beat of a Drum

The SGM Tactical 25-round drum magazine is a hoplophobe’s worst nightmare. Built from high-impact black polymer with a translucent polymer back, the this massive drum can hold half of a box of 12 gauge shotgun shells.

When I first saw the drum a few years back at SHOT Shot, I was a little worried. See, the two most unreliable types of magazines on the market are shotgun mags, and drum magazines. With SGM combining both, I was understandably concerned.

So it was with some trepidation that I first loaded 25-rounds of Winchester double ought buck and then 25 more rounds of Hornady Critical Defense. As a baseline, I compared the SGM’s reliability against the Molot factory mags.

First thing I noticed is how unbelievably heavy the damn thing was. Slapping an additional 25-rounds of shot shells to the already impressive nine-pound weight of the VEPR, makes the gun incredible heavy. 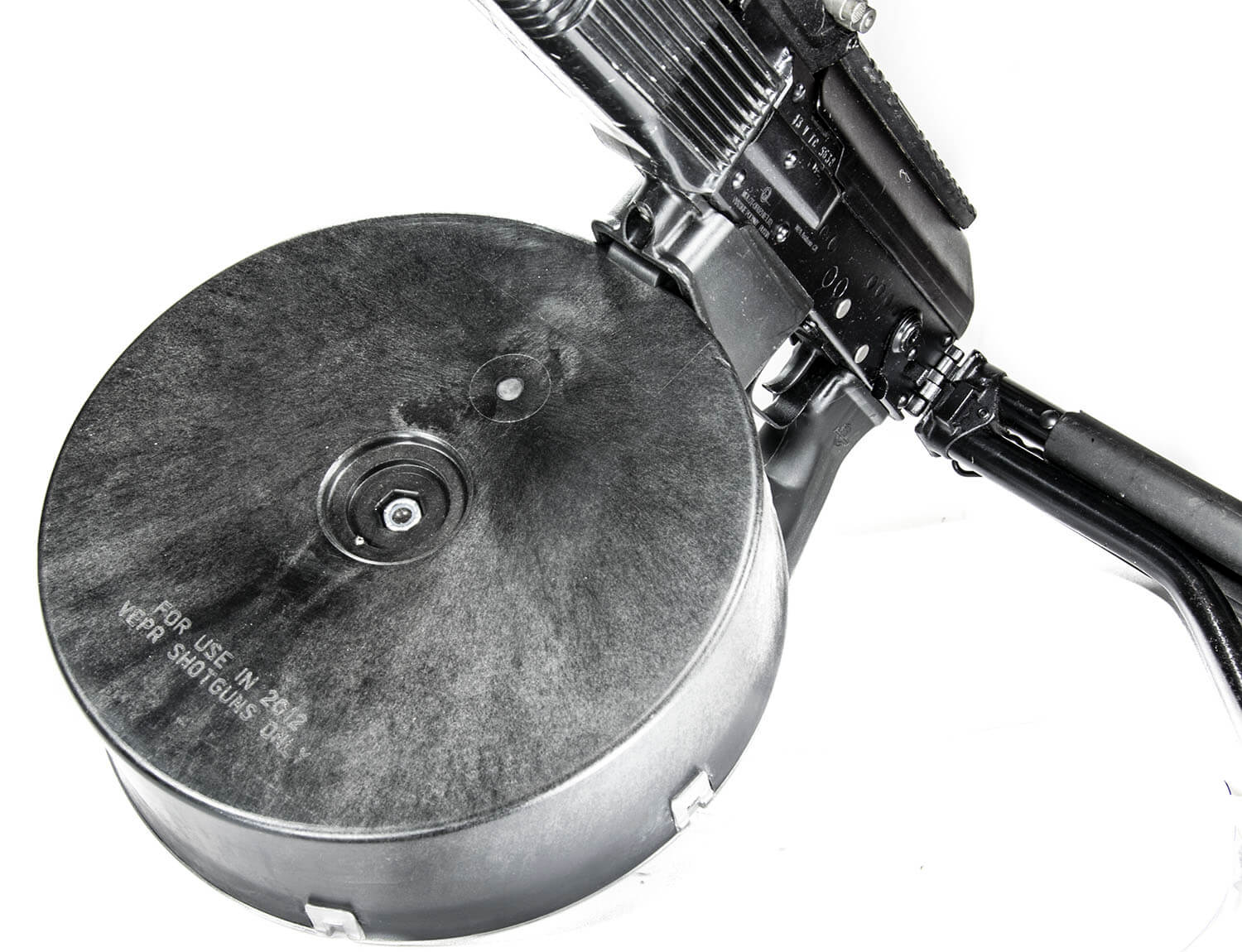 Weight notwithstanding, how did the drum function?

About as well as one would assume a polymer drum would run in a gas-regulated, semiautomatic shotgun.

Not perfect, but not bad. The drum had binding issues initially, but after applying some graphite lube to the internal mechanisms, the reliability increased dramatically.

Overall, is the massive shotgun drum is a really cool addition to any VEPR-owner’s collection. It might be more of a novelty than practical addition, but it’s a hell of a lot of fun and a great way to burn through $100 of buckshot without reloading