Seven Reason Why Xtech is Setting the Standard for AK Mags 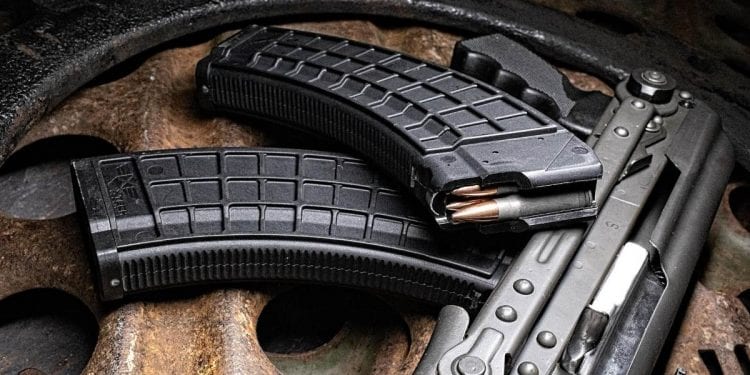 Xtech is an American company aimed at providing the best AK magazines currently on the market. Lots of companies make great AK magazines, but do they change the game? Xtech is certainly trying to. The Xtech AK magazines are changing the game and becoming the new standard for AK series magazines.

Currently, Xtech magazines are manufactured for 47 series rifles. They come in various configurations and at various price points. Regardless of the option you choose, Xtech makes some outstanding magazines that will serve you well. Here are the seven reasons why Xtech is setting the new standard.

Polymer rules, and that extends into nearly all realms of the firearms world, including magazines. The world has long transitioned to polymer rifle magazines but the AK has been a slow adopter because it creates unique challenges with polymer magazines. 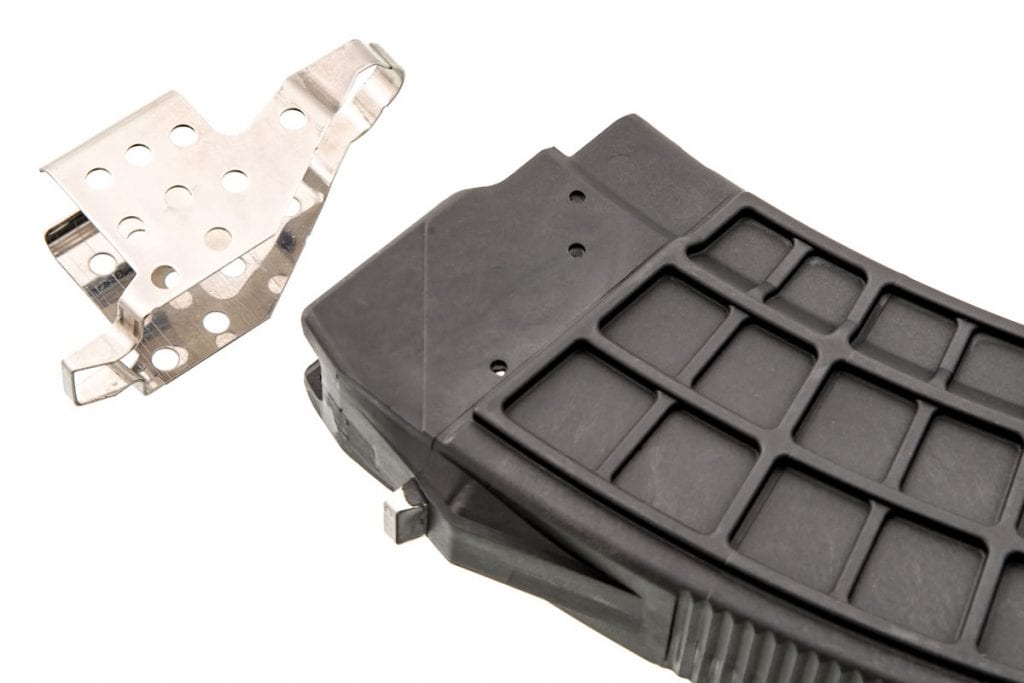 The steel insert makes the best of both polymer and metal designs. The inserted cage increases durability and reliability (Photo Courtesy of Xtech)

Polymer locking lugs wear out quickly in an AK, and polymer feed lips can be somewhat fragile. The Xtech MAG47 AK mags have a hybrid design that gives you a polymer body backed by a stainless steel cage inserted in the top portion of the magazine. 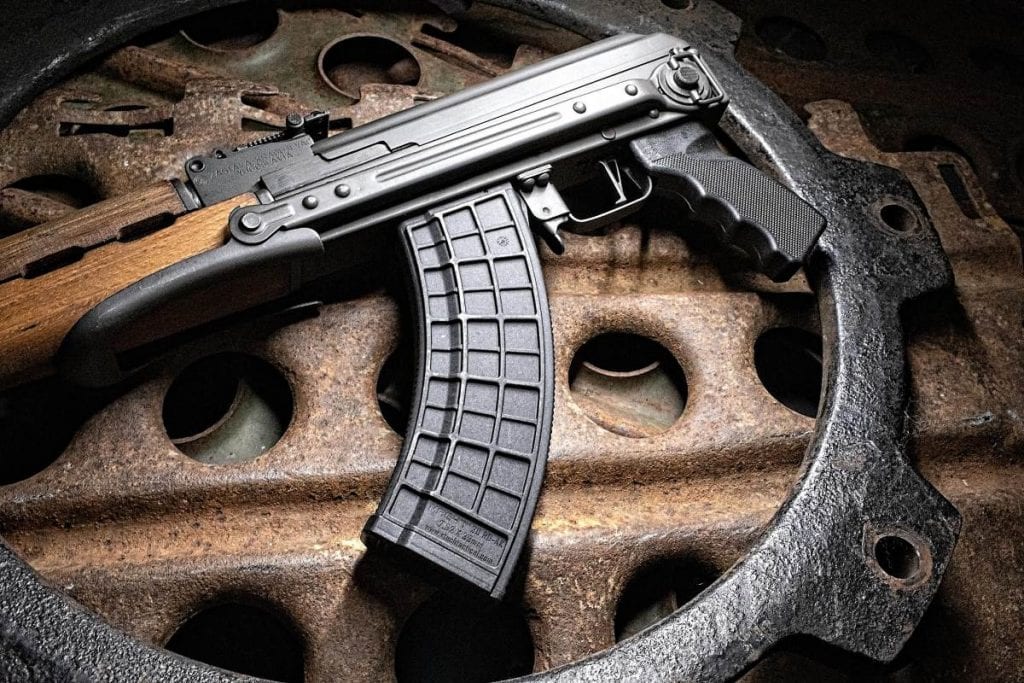 It’s gonna be a good day (Photo Courtesy of Xtech)

This gives you steel-reinforced locking lugs as well as steel feed lips. The stainless steel cage provides an excellent degree of strength and rugged durability. The AK is famed for its reliability, so the magazines need to keep up. 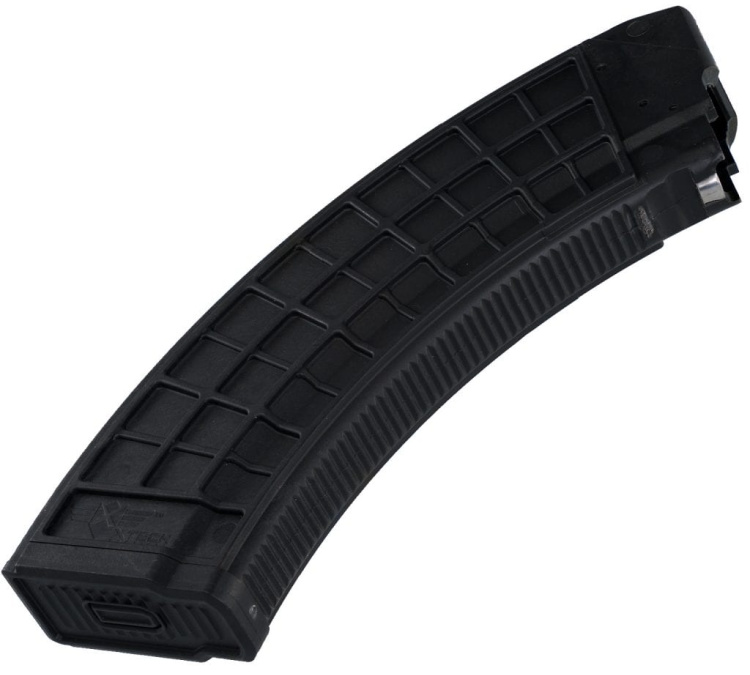 The textures include both the waffle pattern and the rigid pattern along the front and rear. (Photo Courtesy of Xtech)

The pattern is sharp and rough, and it forms an ultra-aggressive texture that makes clinging to the magazine easy. It’s not going to fall out of your hands, be they gloved, cold, or wet. The waffle pattern texture is also backed by the front and rear serrations.

The aggressive rib texture adds another degree of aggressive texture that makes it easy to grip and rip your magazines. You won’t drop an Xtech unless your hands are made of literal peanut butter.

AK series rifles are not known for their last round bolt hold-open devices. The rifle was never designed with one, so most of the world never implemented one. Xtech said, “Nah, man, we want one.” The MAG47 series has an optional LRBHO feature that locks the bolt back when the magazine runs empty. 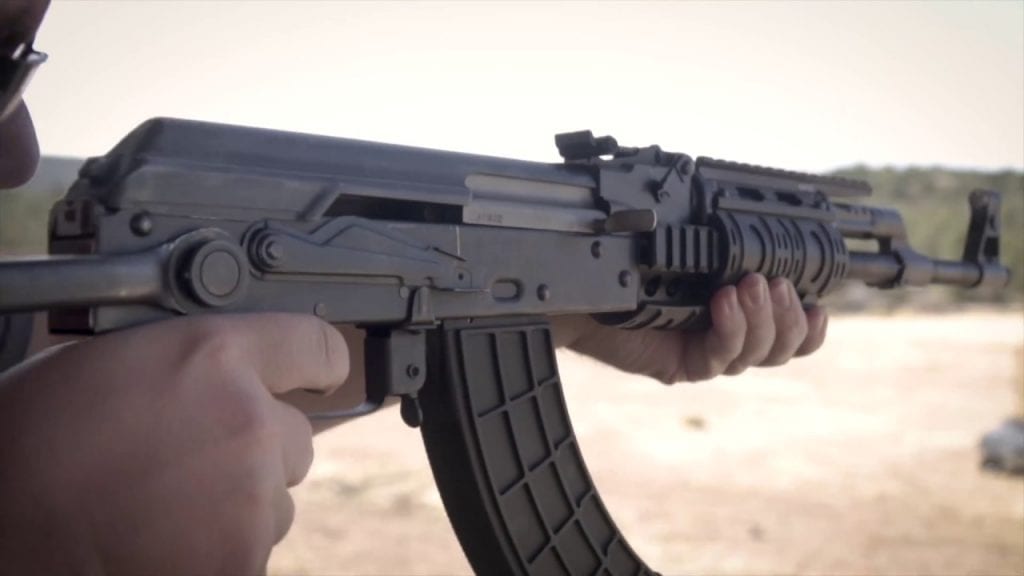 The LRBHO device makes it easier to know when you are out of ammo without hearing that dreaded click. (Photo Courtesy of Xtech)

The Xtech MAG47 LRBHO gives that “your empty” heads up and allows you to get to work reloading your rifle instead of hearing that distinct click telling you, “Uh, Oh, you’re empty.” That little heads up makes a big difference in your ability to react and stay in the fight.

Xtech cuts no corners, and that includes what’s on the inside of the magazine. The Xtech magazines come complete with high quality, premium made stainless steel springs. As a former Marine with some exposure to the sea, I can advise that rusty magazine springs are a good way to render your magazine a paperweight.

Springs are more important than most admit or realize with magazine reliability. (Photo Courtesy of Xtech)

Stainless steel springs keep the rust away and ensure the magazines are suited for those ship to shore operations. Well, maybe not ship to shore, but no one wants rusty magazine springs.

On top of that, the Xtech mags are outfitted with an anti bind mechanism to keep your springs feeding your rifle. Xtech springs keep your weapon running regardless of the external conditions.

5. You Can Keep Em Clean

The MAG47 and OEM47 magazines are outfitted with a quick detach base plate for easy cleaning purposes. As most of us know, AK magazines are very different in design between various countries of origin. Some are easy to take apart, and others are like prying a door off its hinges. 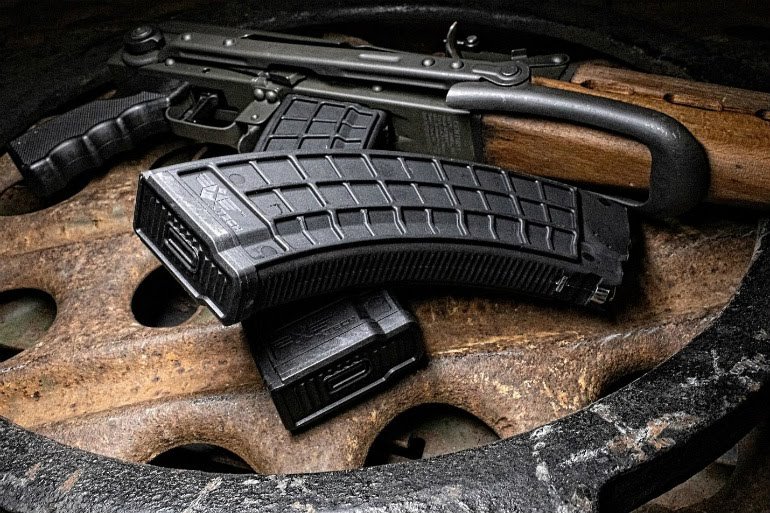 These variants and their quick detach base plates make it very easy to rip the guts out of your magazine and clean ’em up. Wipe dust out, clean out the lacquer left behind by steel-cased Commie food, and generally keep the magazines running when things are hot and sticky.

The standard Xtech MAG47 magazines come in various options at different price points. The duty and serious use magazines that incorporate the hybrid metal and polymer design can be costly. With that in mind, Xtech makes OEM47 magazines that lack the metal inserts. 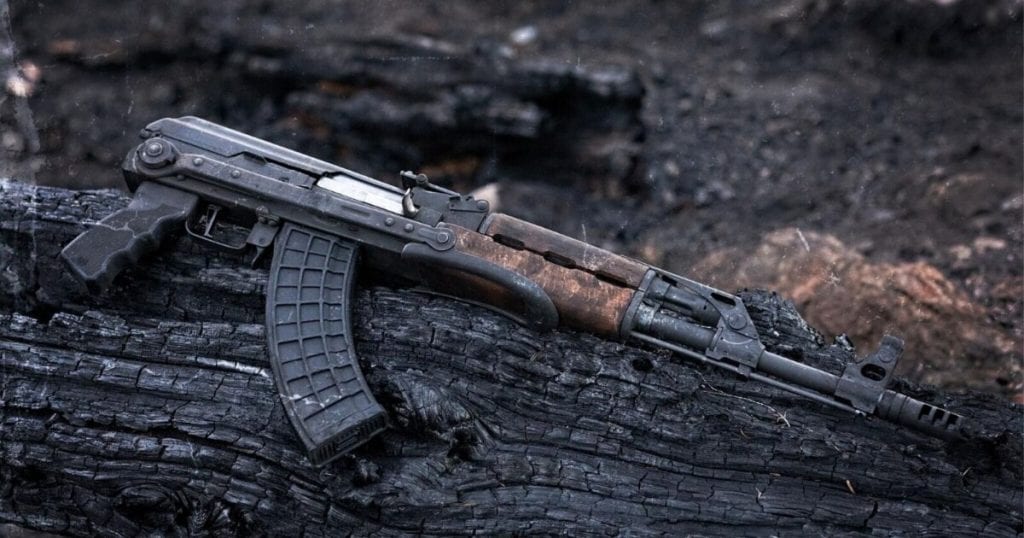 These all-polymer designs are less than half the price of the MAG47 magazines. They provide an affordable training option that mimics the MAG47 without the MAG47 price point. These magazines are perfect for range training or dry fire training. You can preserve your MAG47 variants for more serious endeavors and train with the OEM47 variants.

7. Even California is Covered

Maybe…. I mean, I’m pretty sure the Xtech 10/30 round magazines are California compliant, but their laws change so often that they are always subject to change. To be fair, lots of states have unconstitutional 10 round magazine capacity rules, and Xtech is here for those fine folks. 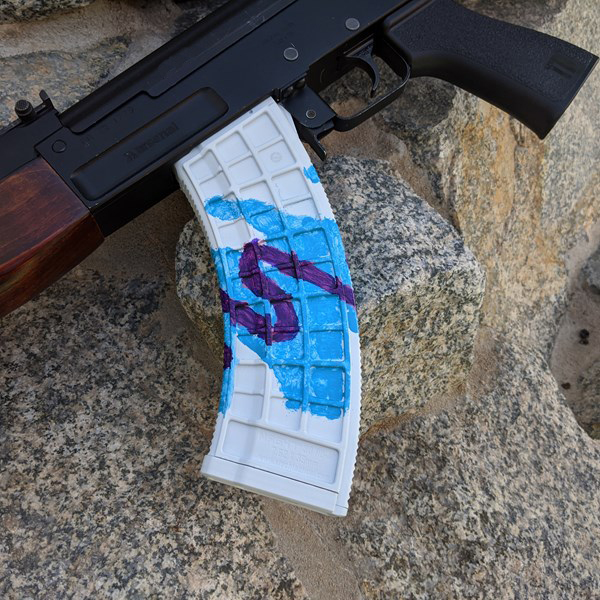 This is too cool for Cali (Photo Courtesy of Xtech)

The Xtech 10/30 round magazines offer only ten rounds but look like a 30 round magazine. The purpose is to not only cause the anti-gun Californian Karens to clutch pearls but to improve compatibility.

The 10/30 magazines fit magazine pouches of all kinds, as well as magazine clamps that give you that Malcolm X jungle clip look. The full-length magazines offer improved ergonomics all around. Drawing magazines is easier, ripping mags from the gun is easier, and reloading is easier. What’s not to love about that?

Xtech Mags and Beyond

The world of AK magazines is a massive one. It’s only getting bigger, and a bigger catalog means you have more options. Options equal innovation, and Xtech is an excellent example of what that innovation means.

Xtech AK magazines are setting a new standard that says your 1947 design is outdated. You can either settle with the magazines designed when your grandfather was a kid, or you can pick the latest and greatest.

The Xtech MAG47 and OEM47 magazines are available now at Gun Mag Warehouse. If you want to take your AK to the next level, give ’em a peek.