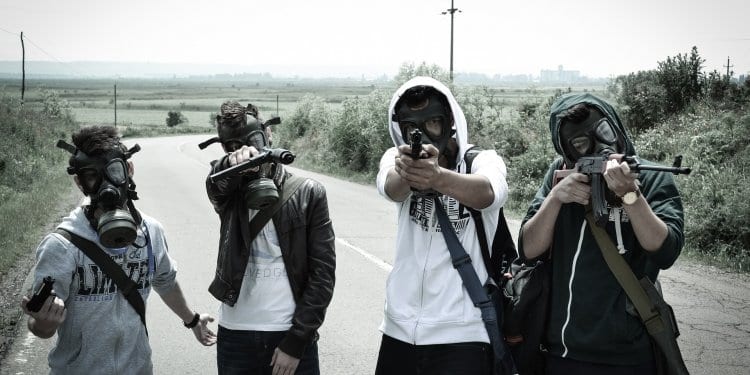 The internet is full of people with strong opinions on every topic, and the topics of firearms and self-defense are no exception. Indeed, because of the serious nature of self-defense, opinions tend to be even stronger, and disagreements often get fueled by emotion and ego.  This can make it very frustrating and difficult for someone new to all this to navigate. How do they know when “good enough” is actually good enough?

Imagine, for a moment, that you’re completely new to guns.  You had an incident that scared you, so you went to the gun store and purchased a handgun. You’re signed up for a concealed carry class and are doing some research on the internet to see what you need. You see things like this:

CARRYING A GUN IS NOT ENOUGH.

WHY YOU NEED TO PRACTICE BJJ.

FITNESS FOR SHEEPDOGS: INCORPORATING CROSSFIT INTO YOUR RANGE TIME.

WHY YOU NEED TO TAKE A CQB COURSE.

What these things have in common is that a very large percentage of them are messages from people or organizations trying to sell you things.  Because their businesses and their livelihoods depend on selling their product, they will do their best to convince you that the product is necessary. 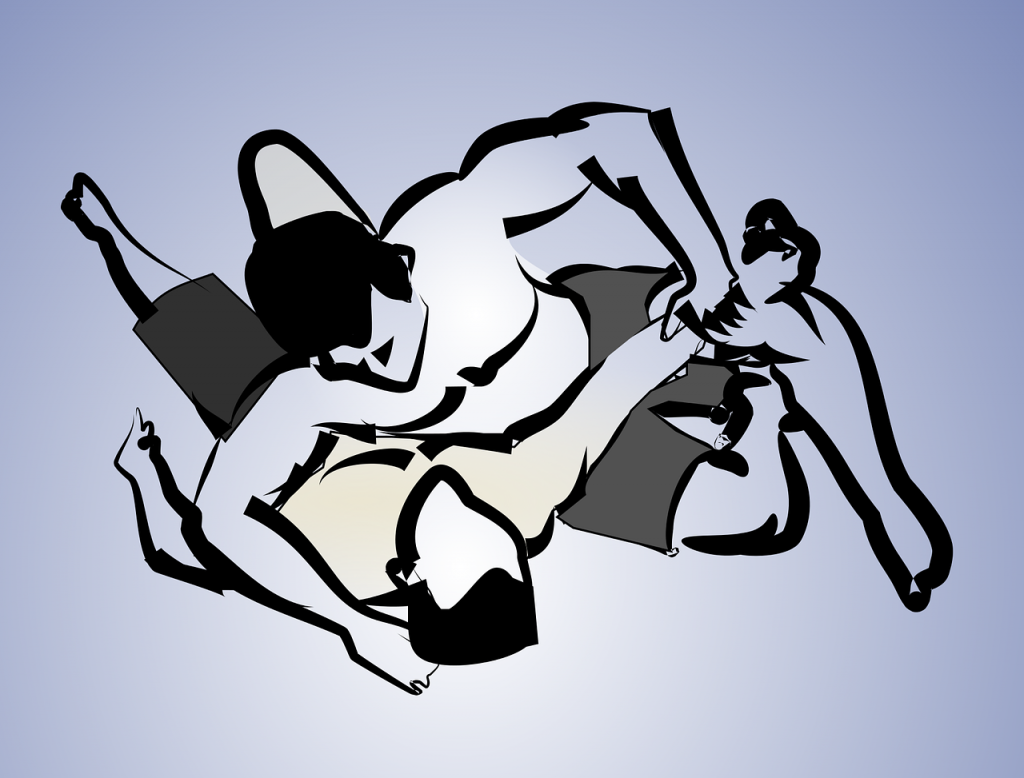 I have zero problems with this, by the way; it’s the entrepreneurial spirit.  You gotta respect the hustle.

Is it all really necessary, though?  In most cases, no, it isn’t.  A study of real-world incidents will quickly demonstrate that people with modest, little, or even no training successfully prevail in violent encounters thousands of times every year.  How can this be?  The answer, I think, is multifaceted.

A Self Defense Mindset

For one thing, for most criminals, committing crime is a job.  It’s how they make their living.  Like everyone else, they do a cost-benefit analysis, and like everyone else, most of them aren’t willing to unnecessarily risk death while on the job.  That’s why they tend to prey on people who are alone and appear vulnerable, versus groups of tough guys leaving the MMA gym.  This is why any competent self-defense course will stress situational awareness and avoidance.  The easiest way to prevail in a violent encounter is to avoid it altogether. If violence is unavoidable, the most important step for the victim is to realize what is going on and say to themselves, “not today”.  Having the right mindset is key.

For another thing, guns tend to be great equalizers.  There’s an old saw about how God made men, but Sam Colt made them equal.  Now, Sam Colt didn’t invent the firearm, but he did create the first successful, widely available repeating handgun for the commercial market.  Before that, the invention of firearms went a long way toward breaking the Feudal System in Europe. 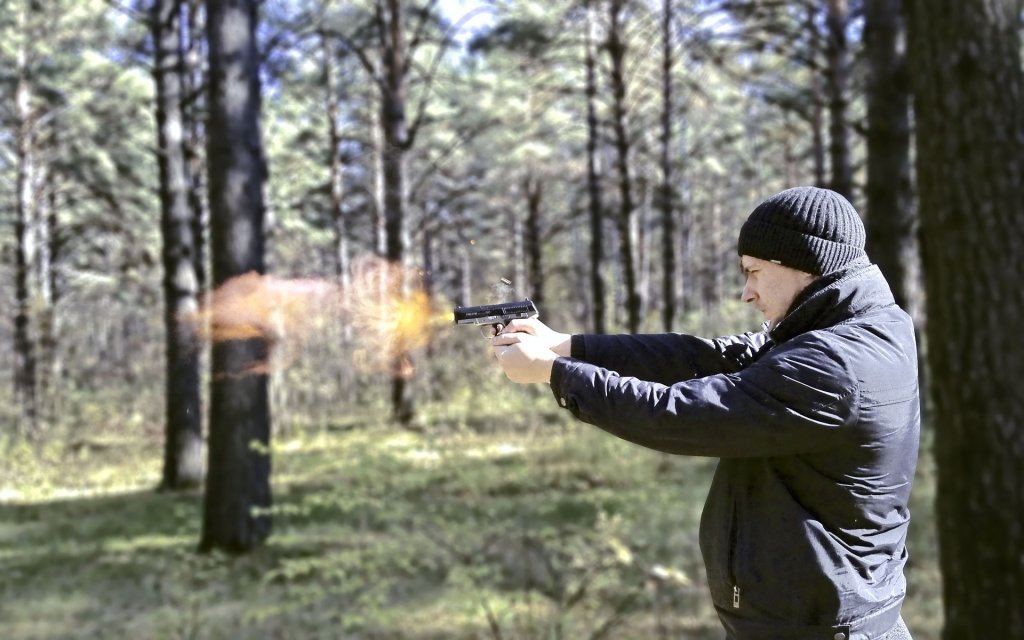 Guns are more useful, as weapons of self-defense than swords, knives, or any martial art or combatives technique you care to name.  You can take a person who has never held a firearm before and teach him how to use it in a day.  He won’t be especially good, especially fast, or especially accurate, but he’ll likely be competent enough to defend himself without shooting his own foot off. Contrast that to what one day of martial arts training will get you, and the superior utility of firearms becomes self-evident.  Guns work if you’re small of stature, have limited mobility or physical disability, are elderly, or have a debilitating medical condition.  It doesn’t matter if you’re asthmatic, diabetic, an amputee, have a bad back or a bum knee, frail, waifish, overweight, arthritic, have a heart condition, or are in your 70s.  Many of these conditions may prevent you from practicing martial arts, but you can still pull a trigger. 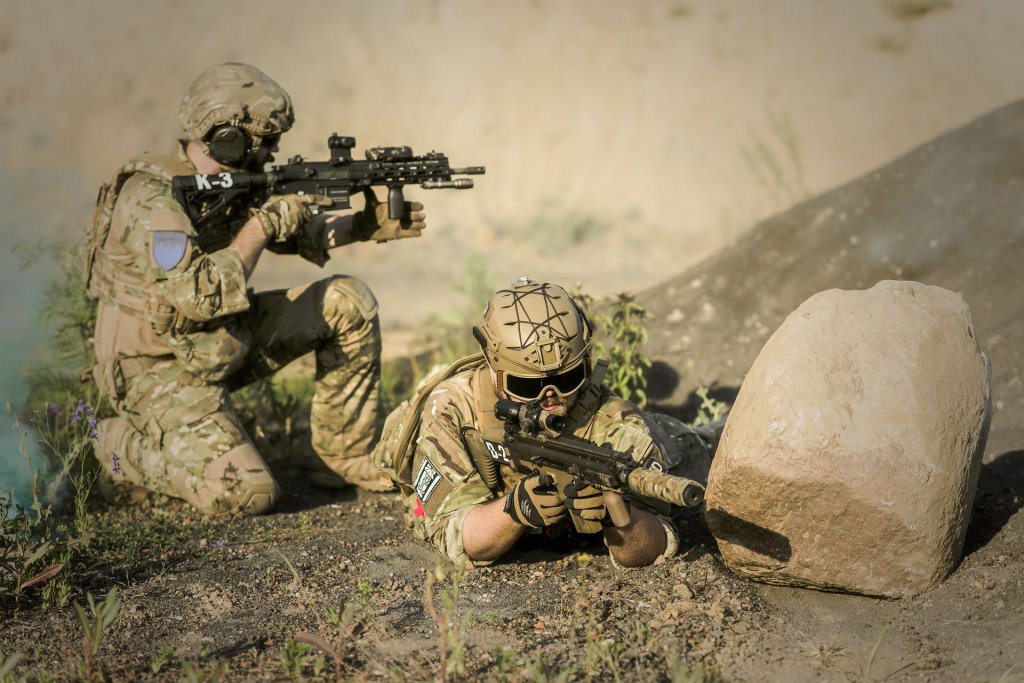 A bullet fired by a little old lady is just as lethal as one fired by an Army Ranger, provided she hits what she’s aiming at.

This isn’t an argument against getting training or bettering yourself through physical fitness or martial arts.  Far from it; competent training can help you avoid forming bad habits, can help you find better ways to do things, and can improve shooters at every level.  As a practical matter, there is no downside to being physically fit and skilled in the martial arts, and many upsides.  Furthermore, being fit and trained may give you the edge in a violent encounter, especially if the situation degrades to the point where the assailant is able to put his hands on you.  In a perfect world, everyone who was serious about self-defense would have the time and the resources to train not only with firearms, but their bodies as well. 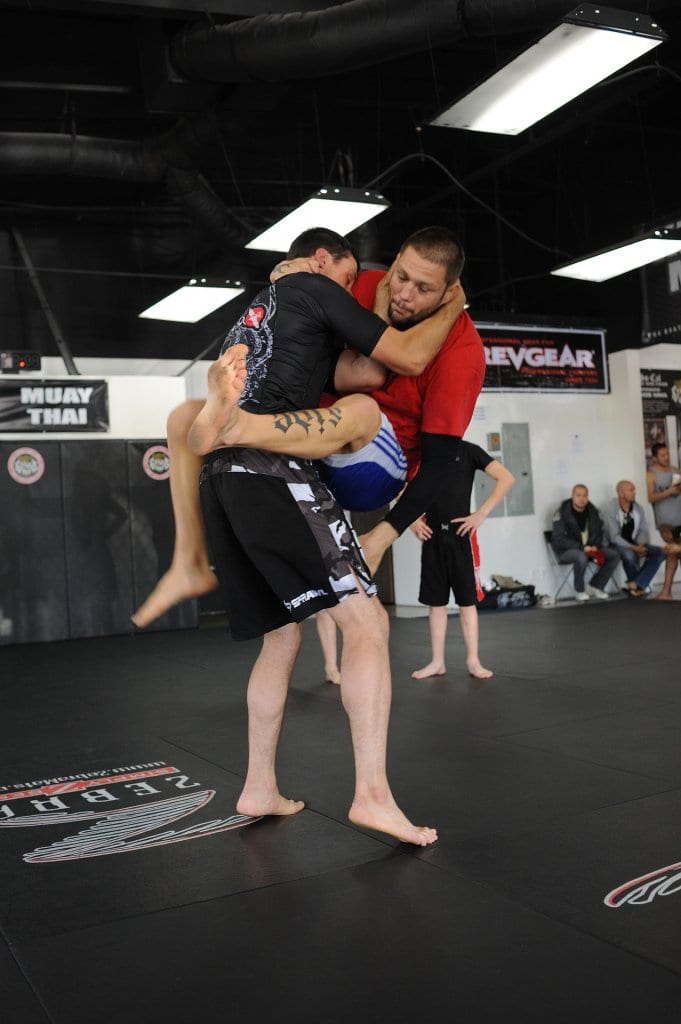 In the real world, however, time, money, and resources are limited.  It’s easy to talk a big game about how your students or followers need to TRAIN EVERY DAY. It’s much more difficult to sit down with them, looking over their monthly family budget, and figure out how to pay for that.  I’ve noticed a trend where internet personalities like to make bold, declarative statements that amount to “the lifestyle I live is what you need to do to survive.  Anything less is not enough.”

(As an aside, anyone who markets themselves or their product as being a sort of present-day Samurai lifestyle, but who doesn’t paint, write poetry, or engage in other works of artistic expression, doesn’t really know that much about the Samurai.)

At the end of the day, you are the only one who can figure out what will work for you.  Some guy on the internet can’t tell you what the right balance between self-defense training and more mundane activities is.  That defense guru isn’t going to pay your mortgage for you if you take a multi-day pistol class you can’t really afford.  If you try to take a martial arts class against medical advice and injure yourself, the jujitsu blogger isn’t the one who has to live with the pain or pay for the medical expenses. 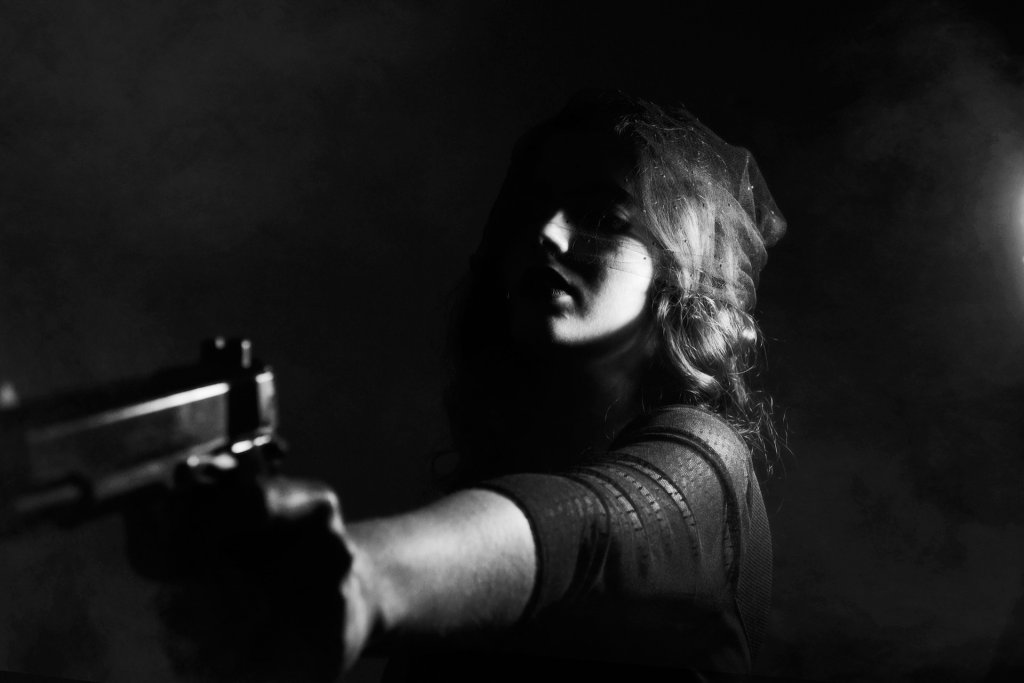 If you can get in in shape, take martial arts, and afford a lot of professional firearms training, that’s great!  You’ll look better, feel better, will be healthier, and will be a better shooter. If you can’t, though, you’re not doomed. If all you can manage is to go to the range and practice more often, that’s better than nothing.  Maybe you don’t have the time or money for martial arts training, but you can still cut back on the sugary drinks and try to exercise more. It’s still better than doing nothing.

This applies to equipment as well.  A young woman, 19 years old, can’t legally purchase or carry a handgun in most jurisdictions, but she’s still a prime target for rapists and other assailants.  A 105-pound girl isn’t going to be much of a match for a 250-pound attacker, either, no matter how much she works out or trains.  Does this mean she’s at the mercy of criminals? Absolutely not!  She can still make smart choices about where she goes, and with whom.  She can practice good situational awareness.  She can carry a knife and OC spray.  She doesn’t have to resign herself to being a victim just because she can’t follow the lifestyle prescribed by some would-be guru on the internet. 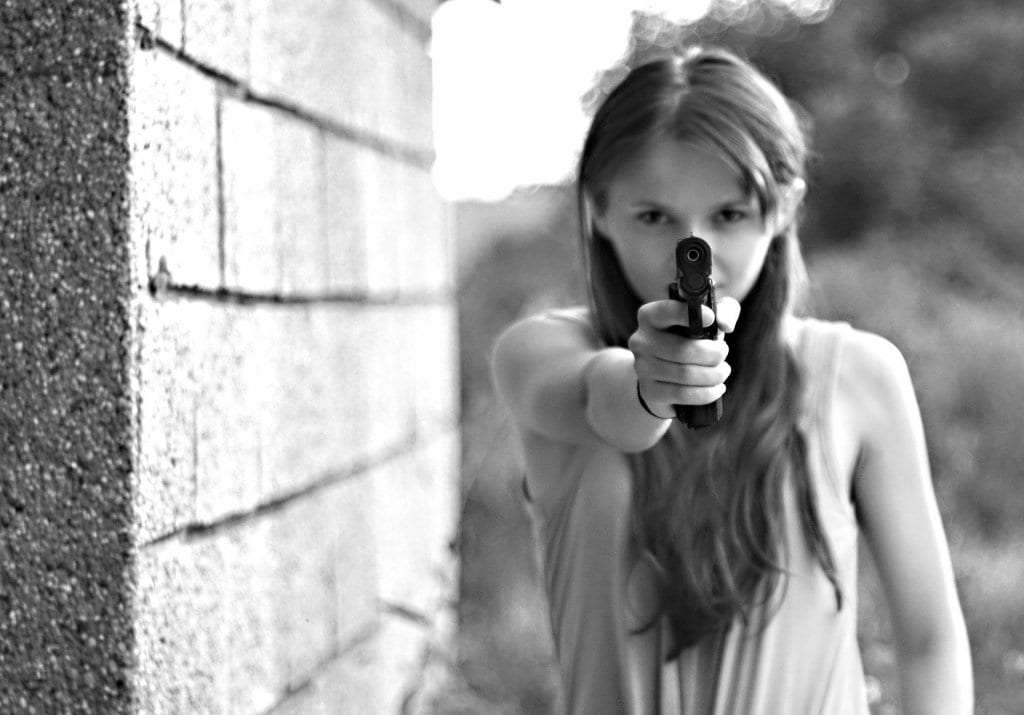 Self Defense – Give Yourself a Fighting Chance

What if you can’t carry a high-capacity pistol in your day-to-day life?  Maybe your job has a no-guns policy and will fire you, so all you can get away with is a pocket pistol, maybe a .38 snub or one of those little .380s.  Is it ideal?  No.  Are pocket pistols worthless because they’re not as useful in a running gun battle as a SIG 320 with 21-round magazines? Absolutely not.

Ultimately, it’s up to you to conduct a realistic threat assessment of your day-to-day life, perform an honest cost-benefit analysis, and determine what solutions are workable.  Putting yourself in financial duress for the sake of possibly improving your odds in a violent encounter that is statistically unlikely is probably not a wise decision, though, so don’t take out a payday loan so you can attend that handgun class.

A good friend of mine likes to say that he doesn’t carry a gun because he thinks it will allow him to prevail in every conceivable scenario.  Rather, he carries it so he has a fighting chance, a set of options he otherwise wouldn’t have.  The same could be said of getting fit or studying the martial arts.

Anyone who tells you that you have to do this or that as a bare minimum is bullshitting you.  Doing nothing is not only an option, it’s the option the vast majority choose, and most of them go their whole lives like that without being any worse off for it. Simply thinking about what you might do if a violent event occurs, mentally preparing yourself in a small way, puts you ahead of a person who has never even considered it.  As I said before, mindset is the key.

More about self defense: Carry Spare Magazines for Home Defense. 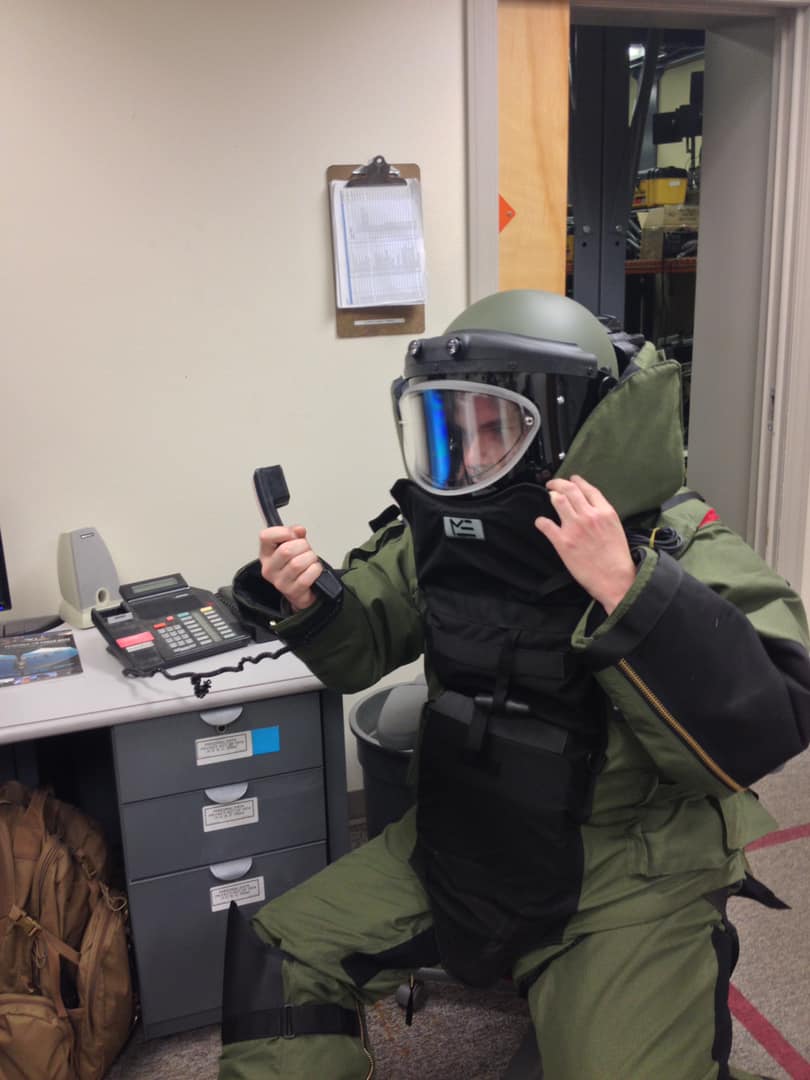