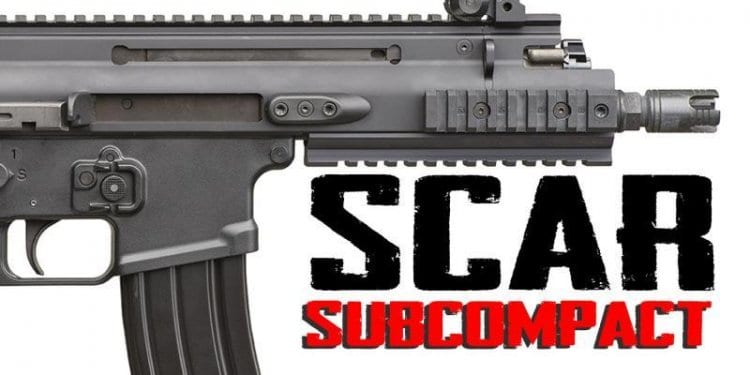 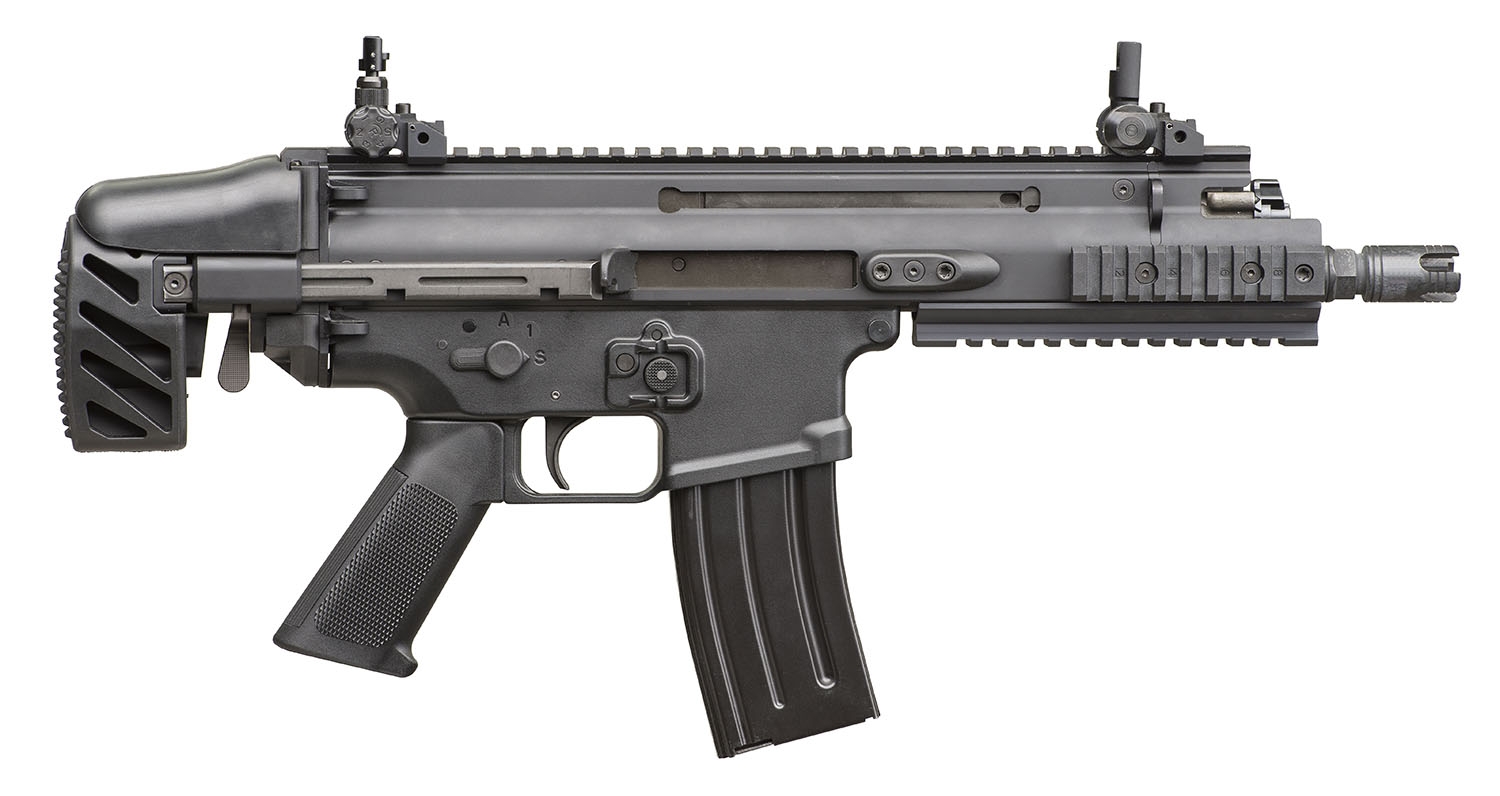 At the 2017 Milipol Paris show in France, Fabrique Nationale announced the latest addition to their line of SCAR rifles and carbines – the SC SubCompact Carbine. Like the name implies, this new SCAR carbine is a lighter, more compact version of their full-sized SCAR firearms.

According to the FN press release, the  new SCAR SC features both a semi-automatic only and fully automatic mode of fire. Sadly, this means there isn’t going to be a civilian-legal version available immediately, but I wouldn’t be surprised if FNH USA capitalized on the gun’s popularity, and began importing pistol versions of the gun in the next year or so. 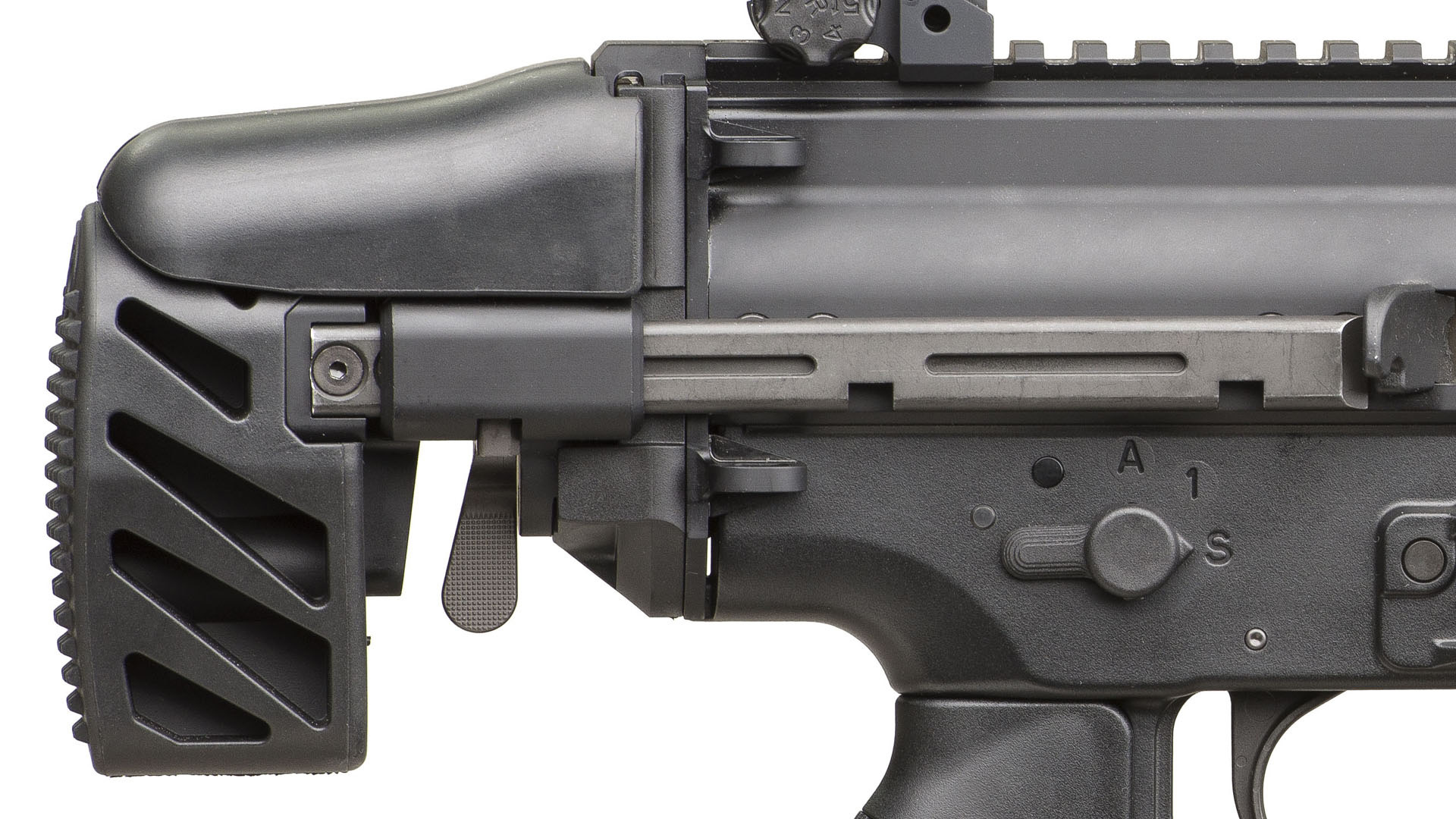 But enough speculation, let’s look at the details FN outlined in their release.

According to the press pamphlet, the little piston-driven carbine features a brand new telescopic stock that appears to be a cross between the Navy-type stocks found on MP5 submachine guns, and the Troy CQB stocks. 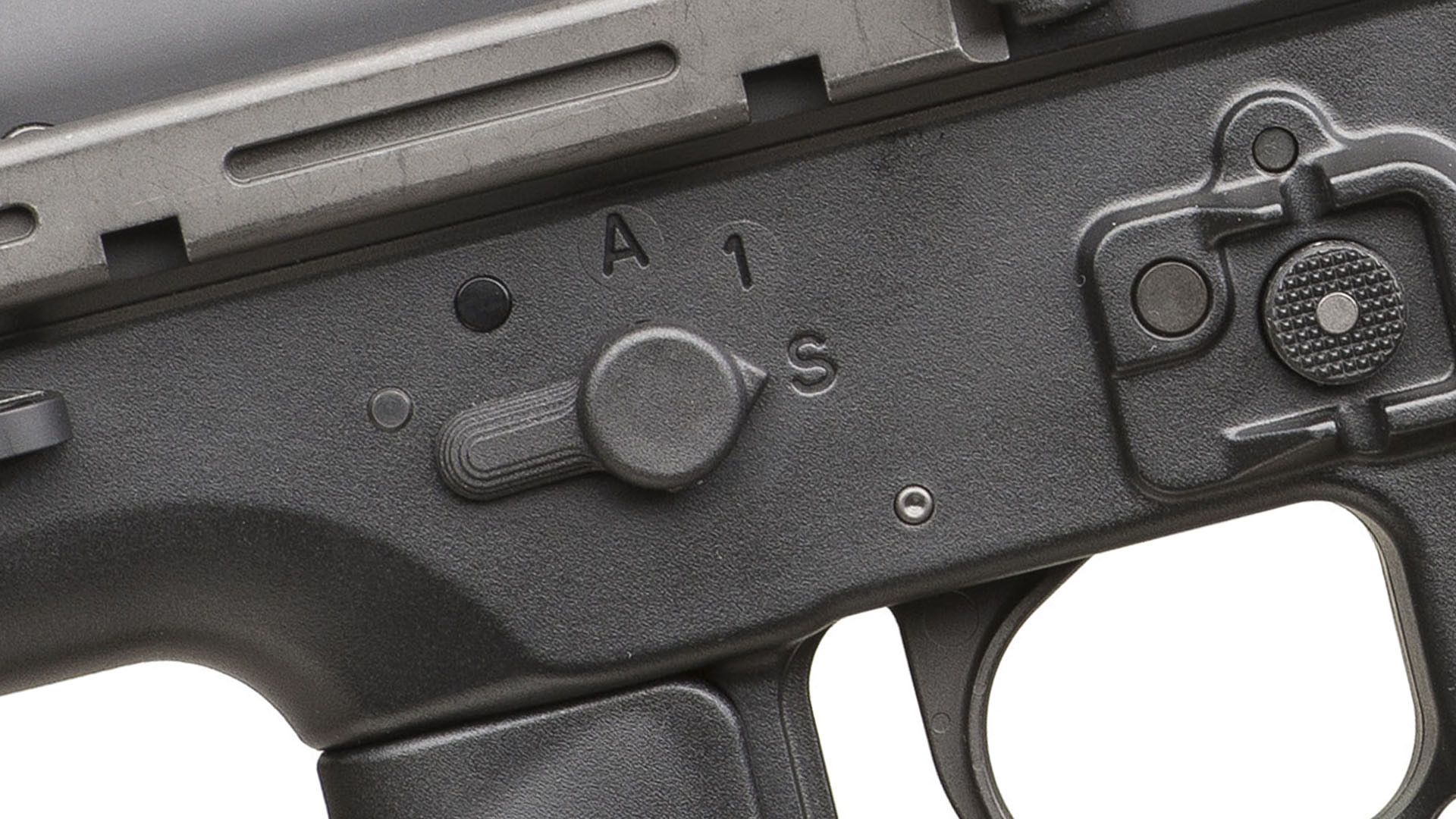 From the image, the rear of it looks like it’s built from polymer, while the notched telescopic arms appear to be parkerized steel, since they don’t match the anodized aluminum receiver’s color. This makes sense from a structural stability standpoint, and is similar to the never-formally-released, SCAR CQB that was previously only rumored to exist (though this writer and Nicholas Chen have both seen, held and even fired the gun with FN in 2017)

Additionally, the rear paddle release on the rear of the receiver appears to be very influenced by the MP5’s, save for the fact that it’s oversized. 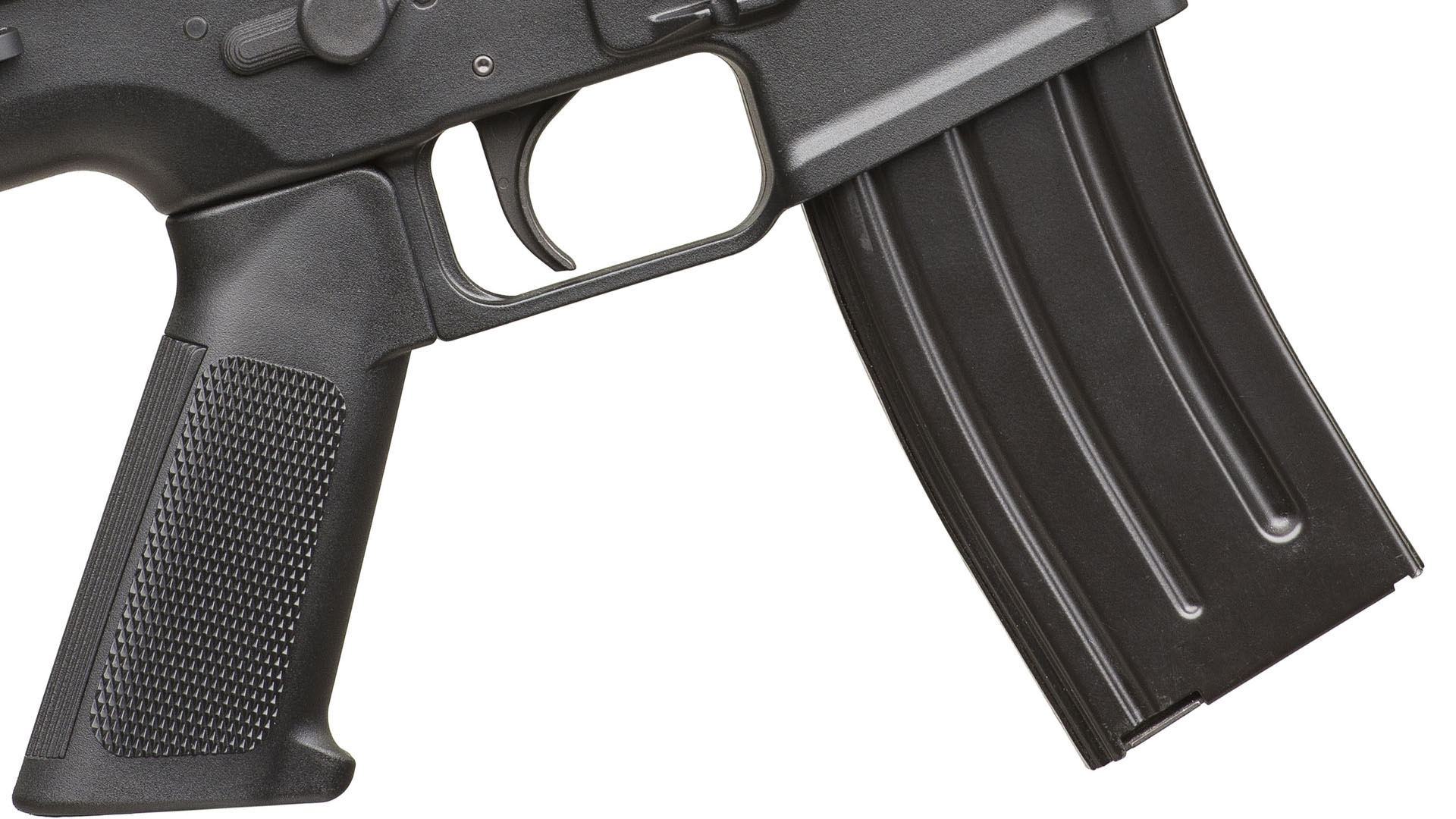 Lastly, the gun appears to be using a STANAG FN steel magazine, implying that it’s chambered in either 5.56mm or .300 blk. Presumably 5.56mm, since the gun is intended for international police and military use.

Below are the specs listed in the press release.

No pricing, or availablility was mentioned or discussed by FN.