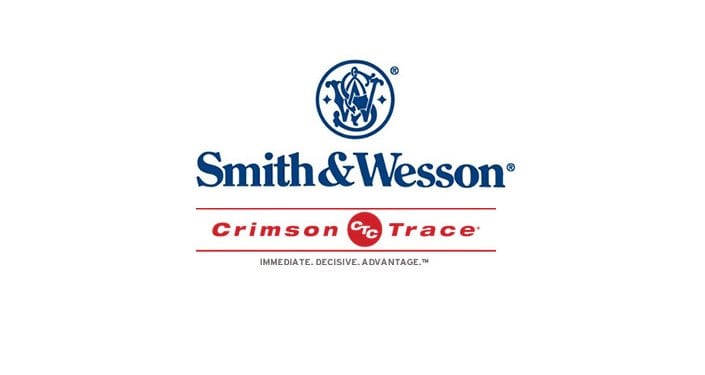 What do you do when your accessory sales are outrageously low? That’s a no-brainer.  Buy Crimson Trace.  Smith and Wesson began the process of acquiring Crimson Trace back in July and finalized the deal on August 29th.  By making this decision, Smith and Wesson not only opened up a door for themselves to be a powerhouse in the accessory market for all firearms, but they also created an opportunity to implement groundbreaking technology into their lines of firearms.

From a business standpoint, purchasing a company that produces high-quality light and laser combos makes sense for Smith and Wesson.  They have been taking steps to improve this by recently acquiring the knife maker Taylor Brand for $85 million earlier this year.  Combined, these are some of the smarter moves we’ve seen a significant gun producer make in the last few years.

Let’s look at it this way:  Say someone is looking for a concealed carry piece and debating between the Smith and Wesson M&P Shield and a Glock 43.  Both very high-quality firearms, and even though Glock was late to the party introducing the 43, they still have a devoted fan base that buys nothing but Glock handguns.  This is where acquiring Crimson Trace is going to play a massive part in the growth of Smith and Wesson’s sales.  If that person wants a high-quality laser to put on that new Glock 43, they’re going to be purchasing it from Crimson Trace – ahem – Smith and Wesson. Smith and Wesson have set themselves up in the marketplace to provide accessories for pretty much any gun someone could want a laser for.

Now let’s get into the not-so-obvious benefit to this deal.  As many of us know, the Smith and Wesson Bodyguard comes equipped with an integrated laser right out of the box.  With Smith and Wesson acquiring one of the best laser companies in the industry, it isn’t a far cry to think that this isn’t going to be the last time we see special combos like the Bodyguard.  When money is tight, having to purchase a gun for $400 and then spend another $200-400 on a light and laser combo on top of that isn’t the most appealing thing in the world.

Imagine how S&W will be able to control the market by implementing built-in laser sights on their lines of guns, for a smaller upfront cost since they already own the technology.  Who knows what kind of technology Crimson Trace had hidden up their sleeve that now belongs to Smith and Wesson after the acquisition?  They can integrate all of these ideas into their guns, and give them new features that set them apart from your average handgun, all while keeping the consumer price competitive.

Smith and Wesson have just made one of the smartest decisions in the gun industry.  Ninety-five million dollars is not small price tag by any means, but the magnitude of sales that this investment will create in the future is worth the upfront investment.  In an industry that is booming now more than ever, having something to set you apart from the average gun manufacturer is not something to be taken lightly.

Daniel Shaw is a retired US Marine Infantry Unit Leader with multiple combat tours and instructor titles.  Since retirement from the Marine Corps, Daniel teaches Armed Citizens and Law Enforcement Officers weapons, tactics and use of force.

Daniel takes his life of training and combat experience and develops as well as presents curriculum and creates digital media content to help Law Enforcement, US Military and Responsible Armed Citizens prepare for a deadly force encounter.  When he isn’t directing marketing for Gunmag Warehouse, Daniel travels the US teaching and training under his company, Shaw Strategies, and discusses all things hoplological and self-defense related on Gunfighter Cast. If you have a few minutes, and want to do a little learnin’…give him a follow. He’s one of the top firearms related Twitch streamers out there.