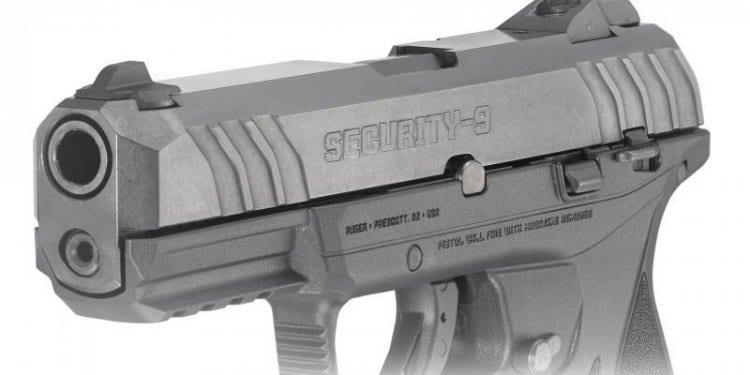 Fresh off the press, Ruger formally announced the introduction of the newest addition to their product lineup today: the Security 9.

The Security 9 is a striker-fired, semi-automatic, magazine-fed locked-breech handgun that appears to share more than just a passing resemblance to the Ruger American Pistol released a few years back.

What’s interesting about this new handgun for me, is the name. It’s clearly a reference to the old Security Six revolvers Ruger used to build a few decades ago as an affordable, full-size gun for guards and police officers.

Like the Security Six, the new 9 appears to be designed around fulfilling the basic requirements of a duty pistol at a price point even armed guards responsible for buying their own equipment can afford. What’s equally interesting, is that the gun doesn’t just come in a full-size model, but also a compact one – reflecting the changing needs of LEOs and armed personnel.

While this might not seem like anything extraordinary, the price point on these guns is so low (MSRP: $379) that when combined the Ruger reputation for quality, make for one appealing little sidearm.