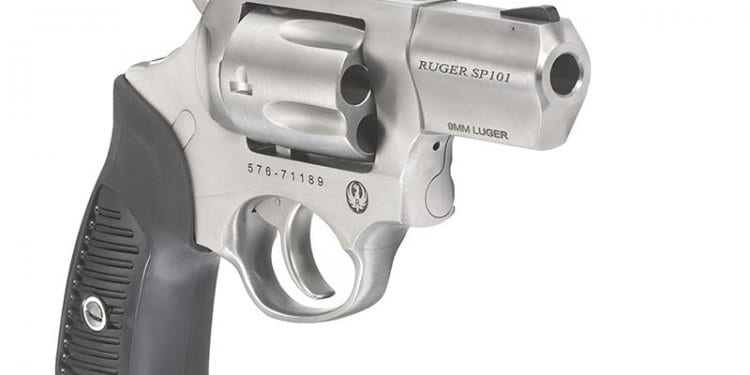 I’m an odd guy. Maybe that’s why I like 9mm revolvers.

However, there are examples of rimless cartridges in revolvers. Well known competition shooter Jerry Miculek, for example, often competes with a S&W revolver chambered for the .45 ACP cartridge. You can now add another 9mm wheelgun to the pantheon of revolvers currently on the market. 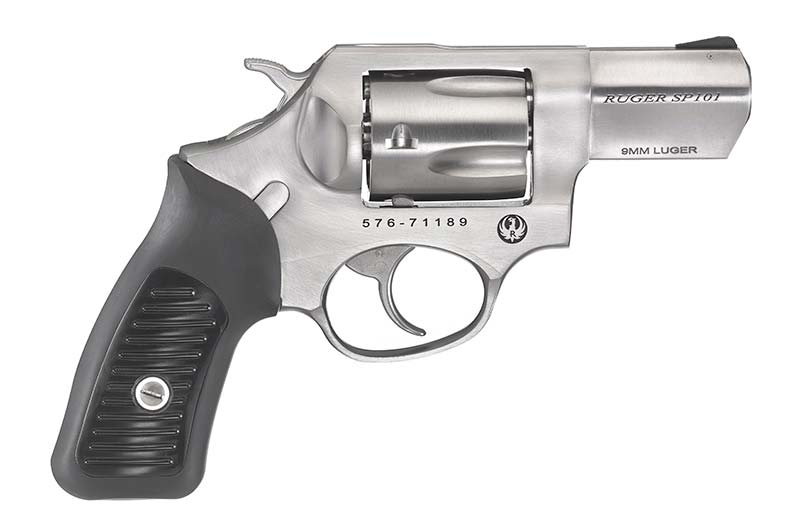 Sturm, Ruger & Co. recently announced it was now selling a version of the SP101 in 9mm. The SP101 is a rock solid stainless steel revolver that balances size and weight with long term durability. It has been a staple in the Ruger catalog for many years, and it has a devoted legion of followers.

In the past, the company has offered a wide range of SP101 models. With the relative lull at the AR end of the firearms market, it’s reasonable to assume that Ruger has been able to shift manufacturing and design resources to other projects. This revolver would appear to be one of them.

The new SP101 holds five 9mm cartridges in a cylinder. This equals the number of rounds held by the same gun chambered in .357 Magnum. Rounds are held in full moon clips that aid in extraction of the fired cases. Ruger includes three of the clips with each gun.

A 2.25” barrel is used to help keep the overall length of the gun down. Unloaded, the gun weighs 25 ounces. This is a bit heavier than some of the semi-auto subcompact pistols on the market and the price you pay for an extremely durable revolver. One can rightly argue that a gun like the S&W Shield can hold 8 rounds in a magazine, but few things are as reliable as the SP101. 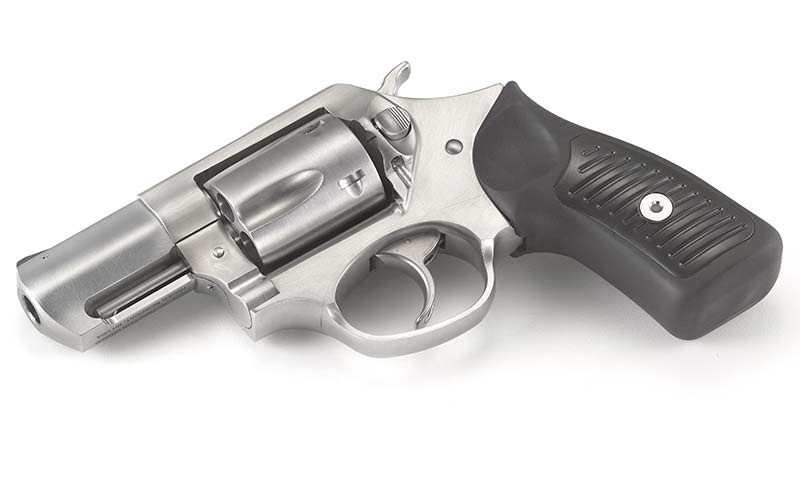 There are other 9mm revolvers on the market. One of the close matches to the SP101 is the Taurus 905. The 905 also uses a steel frame and has an exposed hammer. Each gun holds an equal number of rounds. However, the grip is a bit shorter on the Taurus, and the SP101 offers a slightly longer barrel. Also, the front sight of the SP101 is pinned while the Taurus is machined as part of the barrel assembly.

Smith & Wesson offers a 9mm revolver, but it is significantly larger and comes out of its custom shop with an understandably higher price tag. Charter Arms offers a 9mm revolver that uses a clipless system that I’ve found to be finicky and not one I would depend on for self-defense.

All things considered, the SP101 is an excellent choice if you are looking for a 9mm revolver for concealed carry. Compared to the offerings from the other companies, it might be the best choice. However, Ruger also offers 9mm guns in its LCR and LCRx series that should be considered as well.

According to Ruger, these guns are already shipping to dealers. So, if you want one, you should be able to order one from your local gun shop immediately. The suggested retail price is $719, though I suspect most dealers will sell them for a bit less.