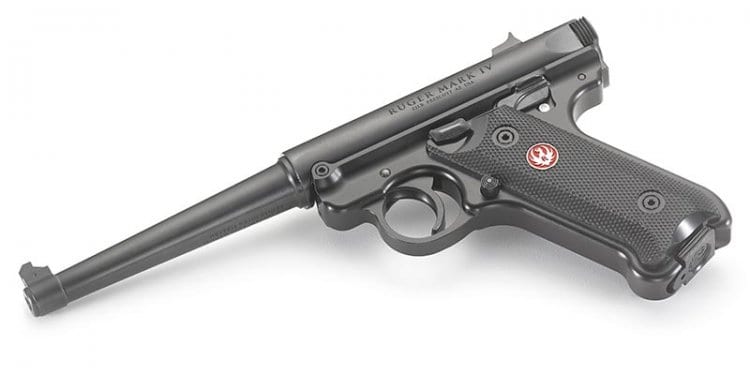 One of the enduring designs from Sturm, Ruger & Co. is its Standard, or Mark x, line of rimfire pistols. Having a profile similar to the famous Luger pistol, the classic .22 LR handgun has been shot by millions of Americans over the course of its production life. The first of these blowback pistols hit the market in 1949.

Since those early post-war days, the gun has gone through multiple revisions. The most recent update is the Mark IV pistol. Introduced in 2016, the new guns offer many of the elements from earlier generations but upgraded to a single button take down to aid in field stripping the pistol. 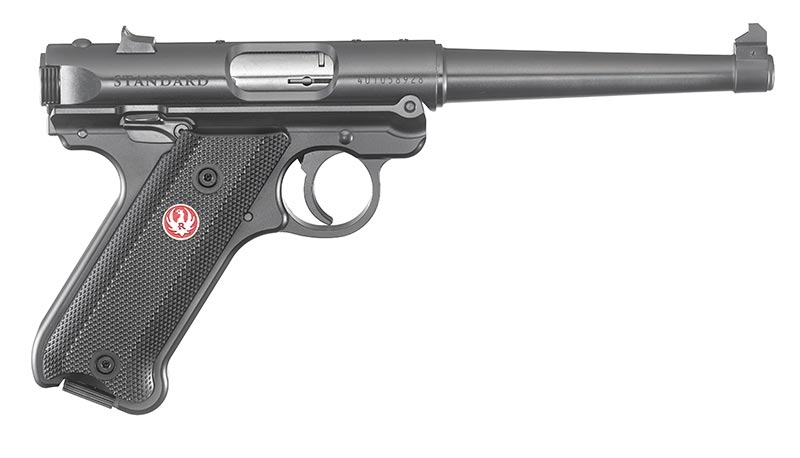 As with other guns from Ruger, the Mark IV is offered in a wide range of variations including models developed for target shooting and hunting. Just announced is the Standard version of the Mark IV that has styling most like the original gun sold nearly 70 years ago.

The Standard pistol features a tapered barrel design that can be had in either of two lengths: 4.75” or 6”. Additionally, this model has fixed sights instead of the adjustable sights found on most of the other Mark IV pistols.

A pair of 10-round magazines come with the Mark IV Standard pistol. While these magazines tend to be reliable, I always suggest having more on hand. A magazine is one of the easiest parts of a gun to damage and is most likely to cause a malfunction. Having extras on hand can ensure a fun range trip every time you head out. 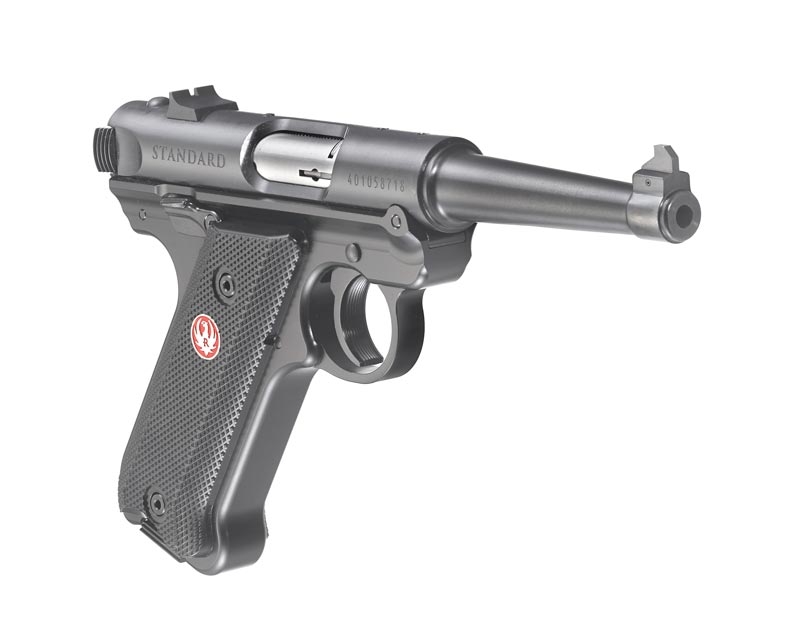 With the shorter barrel, the Standard weighs about 28 ounces. The longer gun weighs in at a hair over 30 ounces.

It has been my experience that Ruger tries to keep pricing down. In the case of the new Mark IV standard, Ruger set the MSRP at $449 for either barrel length. Since store prices are often cheaper than the suggested retail price, you may be able to grab one of these for less than four bills.