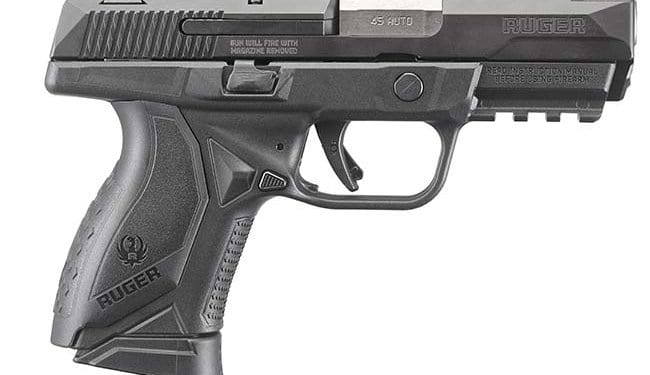 Sturm, Ruger & Co. announced the company was adding a .45 ACP option to its newest compact pistol.

Introduced about a year ago, the Ruger American Pistol line is a completely new pistol design for Ruger. The guns are striker-fired with special attention given to the trigger pull. As with many modern guns, the grip frame is polymer with a wrap-around system that allows the shooter to change the overall size of the grip to best fit his or her hand.

The compact version of the American Pistol rolled out about four months ago, and was offered only in 9mm. With this new handgun, Ruger added the .45 ACP cartridge.

The new guns load 7 rounds in the flush-fitting magazine and three more in the extended mag. Two magazines ship with each pistol: one of each capacity. I really like the magazines Ruger designed for these guns. The bodies are nickel-Teflon coated making them super slick when inserting or dropping from the gun. The Ruger American pistol .45 ACP 10-round magazine used in the full-size pistols will fit in the compact guns.

Another feature I like about these pistols is that they have been specifically tested to run on a diet of +P ammunition. This means that, like many of the Ruger guns, they are going to be durable. 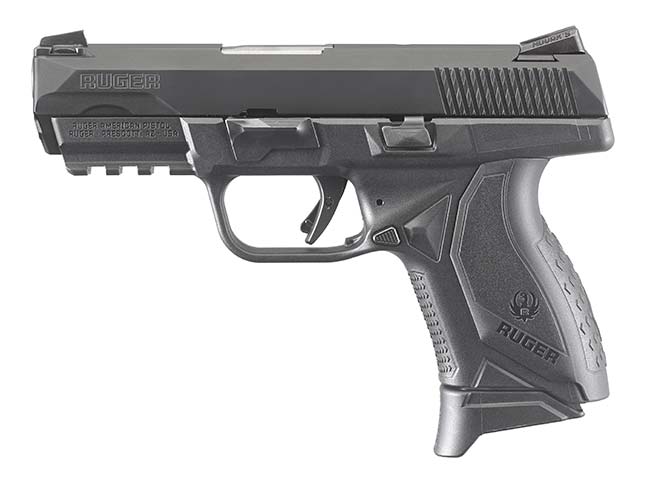 Capable of going toe-to-toe with any of the modern compact pistols, the new compact American Pistol is very affordable with a MSRP of only $579.

One thing of note is the lack of .40 S&W in the entire Ruger American Pistol line — both full size and compact. In recent years, the effectiveness of the .40 S&W cartridge has been called into question, with some studies showing it no more effective than a 9mm when using good quality defensive ammunition. Consequently, many shooting enthusiasts and police agencies are moving away from the heavier-recoiling .40 caliber round.

While Ruger has made no public statement regarding the possibility of adding a .40 S&W pistol to the line, it is not the only company to de-emphasize the round. For example, when Springfield Armory launched its XD-S line, it started in .45 ACP with a later addition of 9mm. It wasn’t until years later that the company added the .40 S&W, and I saw very little complaint about this.