The Champion Bundle – All in One Plinker’s Package 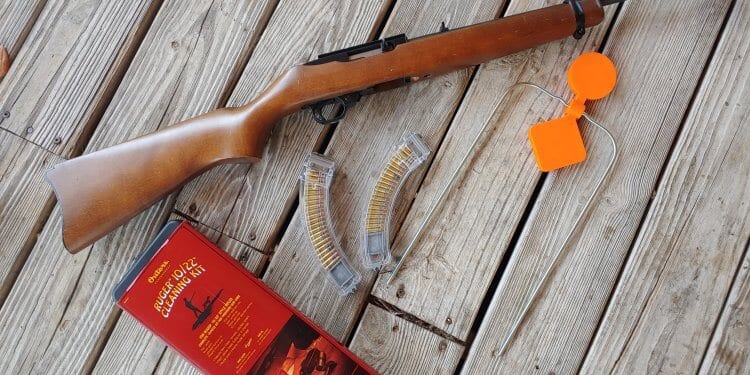 The Ruger 10/22 is, without a doubt, the most popular rimfire rifle in the world. The 10/22 is one of the most affordable, reliable, and modular 22 LR rifles in the United States. The Ruger 10/22 is nearly equivalent to the AR-15 or Glock series in terms of aftermarket add-ons. Most use the Ruger 10/22 as a plinker, small game rifle, and general all around fun gun. With that mind, the Champion Bundle is the perfect starter kit for anyone who owns a Ruger 10/22.

The Champion Bundle is pretty much everything you need to get started with your 10/22. The kit comes with two 25 round magazines, a cleaning kit, and a spinning target. Collectively it costs 30 bucks. To break down the value a bit more, we can look at the individual prices of each items.

These magazines cost $18.99 apiece, but they are on sale now for like 13 bucks. On top of that, the Spinning target retails for about 15 bucks, and so does the cleaning kit. Combined its a great way to get the kids plinking, and save some change. However, does it matter if it’s all crap? Let’s see.

Mags are notoriously tricky for the Ruger 10/22, especially extended magazines. People celebrated immensely when Ruger introduced their BX-25 and BX-15 series of magazines. Unlike some of the other brands of 10/22 mags, the Champions have metal feed lips, which aids in smooth feeding. I loaded both to their max and hit the range and spent the better part of the day dumping magazines into a variety of targets, including the spinning one. 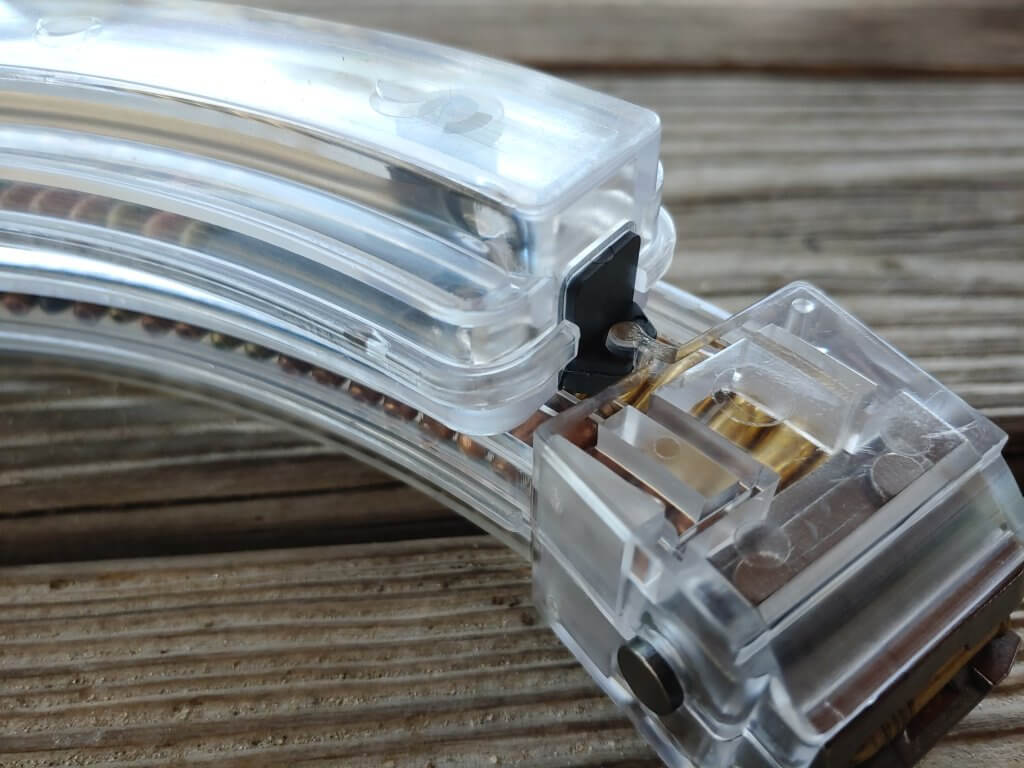 The Champion Bundle’s Ruger 10/22 magazines are put together – and the integral Jungle Clip is a nice touch.

I ran into no issues when it came to Federal Automatch or Remington Gold, but the Winchester 333 round packs were not as reliable. The rounds seem to be a hair too long and the projectiles catch and drag a lot. This ammo just sucks in these magazines. I stayed away from it after fighting with half a mag. Experiments with a Ruger 10 round mag gave me 4 failures to feed so it seems like an ammo issue and not a mag issue.

The magazines can actually connect to each other jungle style for easy transport. These little tabs aren’t superbly secure and are more for convenient transport than heavy duty use. I mean the Ruger isn’t exactly a battle rifle, so I don’t mind. 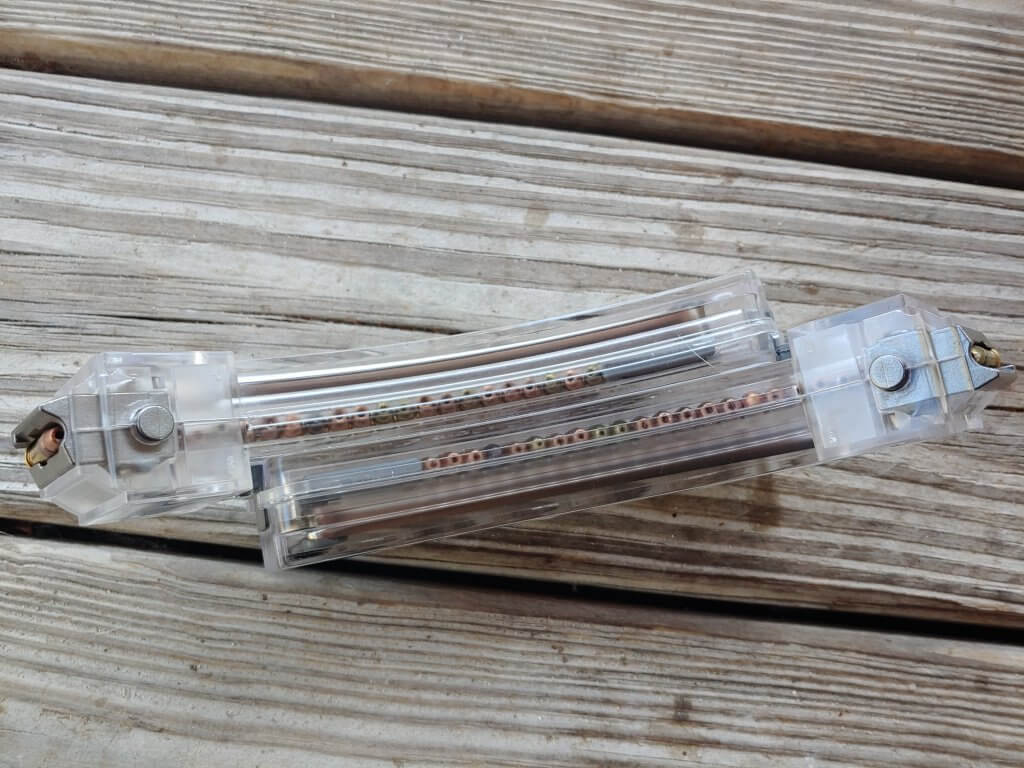 The cleaning kit is almost entirely complete. I’d add one AP brush and that’s it. The Champion Bundle cleaning kit comes with three cleaning rods, a brass bore punch, a cloth bore punch and an eyelet, and the needle attachment. You also get bore cleaner and gun oil. Lastly, you get a guide that attaches to the end of the barrel, but I didn’t find much use for it. There is also a box attachment that is shaped and designed like a 10/22 magazine. It fits into the magwell, locks in place, and catch the patches you run down the barrel. Obviously, you have to lock the bolt back for this to work. 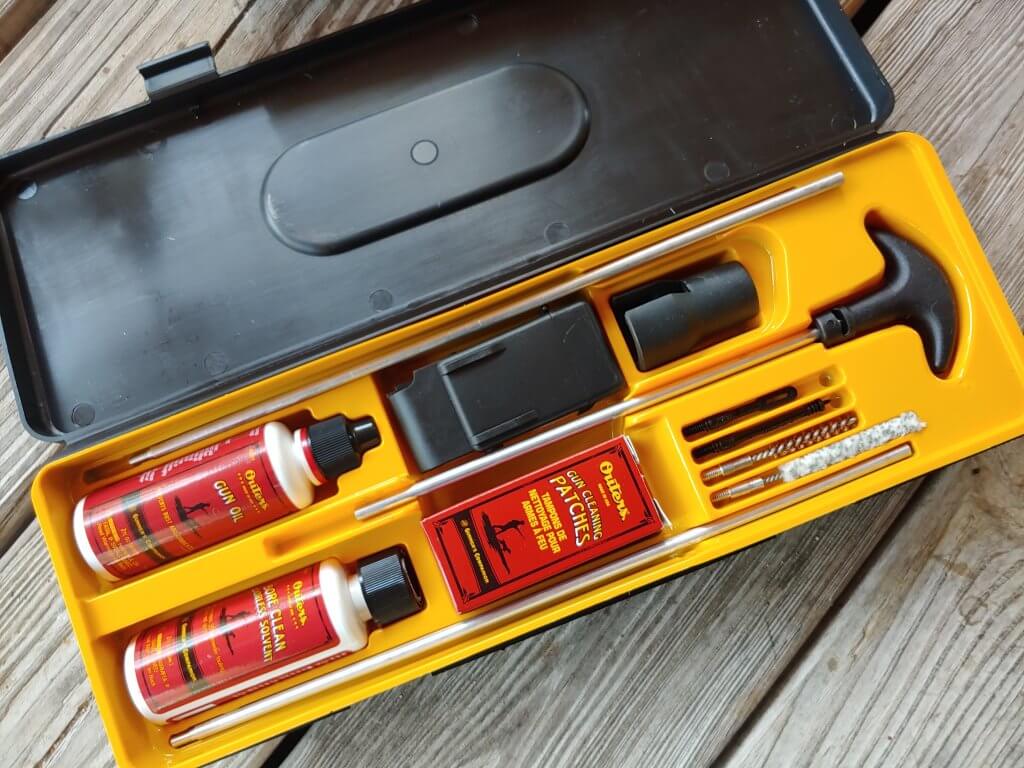 Keeping it clean will keep it running.

The kit is simple but effective. It comes in an organized plastic box that’s small and light. It fits perfectly in any range bag. The rods seem steady, as do the attachments. The three rods are long enough to work with every Ruger 10/22 out there. It’s a simple kit that allows you to teach a new shooter to keep their Ruger clean, and as we all know 22 LR is a dirty round. 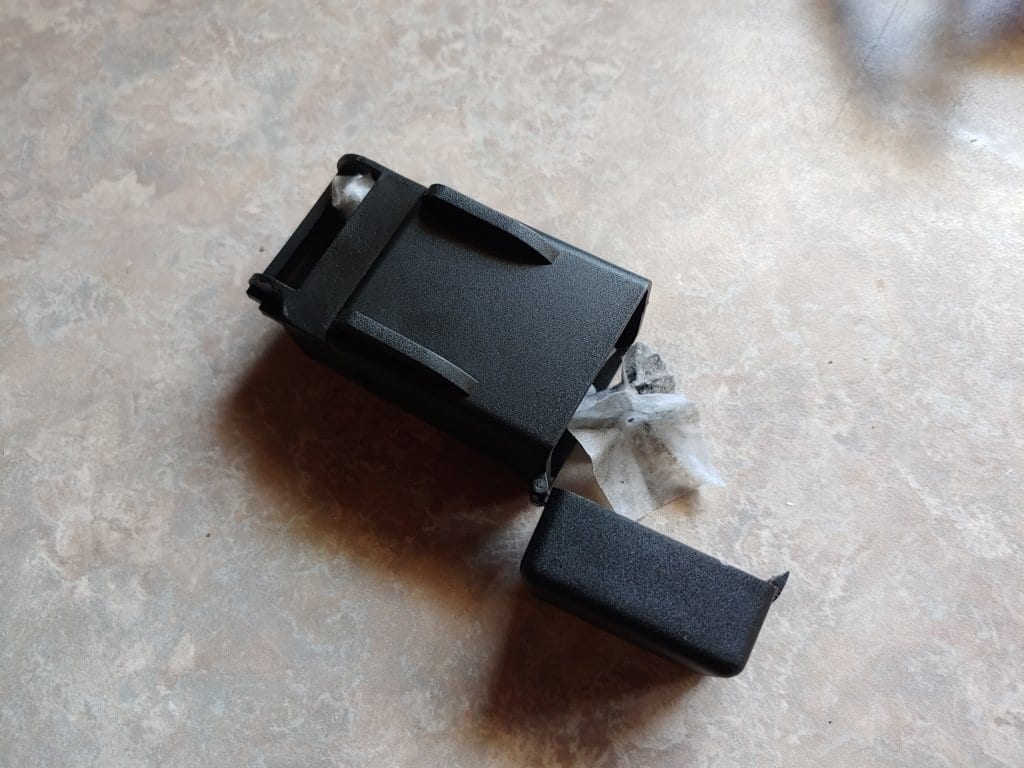 This is a neat invention

A good portion of the responsibility of owning a gun is maintaining it and it should be an important consideration for every new shooter out there. The Champion kit gives them everything they need to keep the gun running. 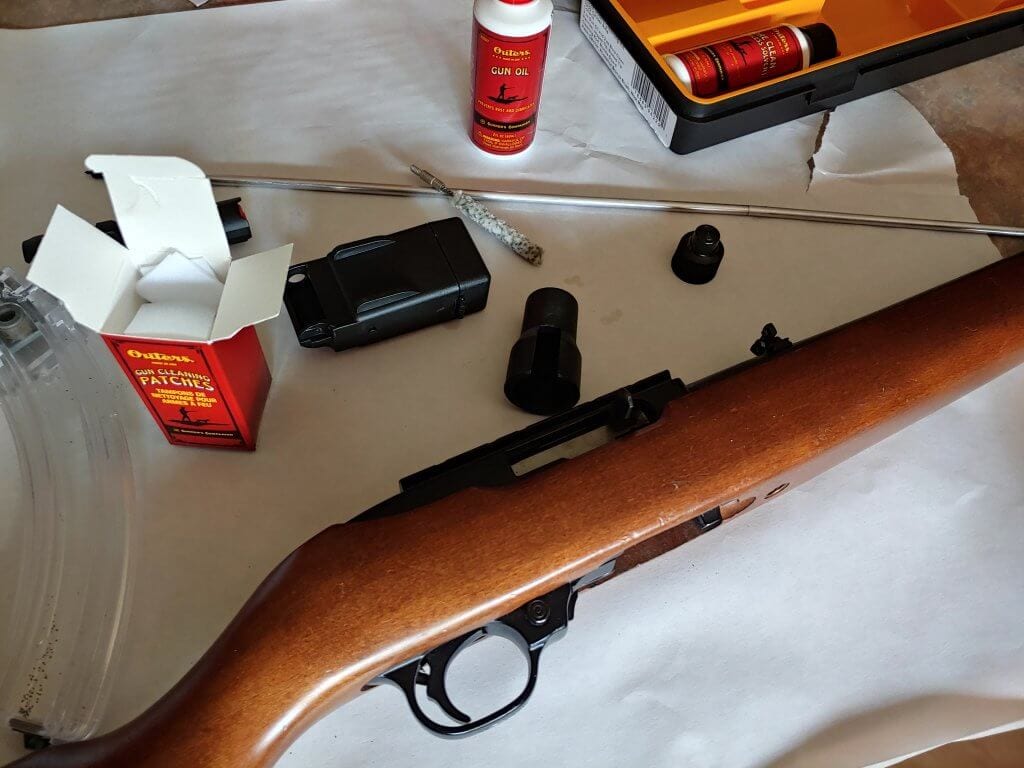 Regular ole’ freezer paper is a wonderful mat for cleaning.

This is a simple, but fun reactive target. It’s simply a U shaped piece of steel and a spinner that slides over the top of it. It comes with a circle and diamond made of self-healing polymer. Every shot sends the target spinning like mad. It’s a fun target to shoot and an absolute blast and it’s simple but effective. It’s entertaining, and being entertained is critical to keeping new shooters shooting. It absorbs rounds well, but make sure you push it into the dirt as deep as you can or it may fall over after a few dozen shots. 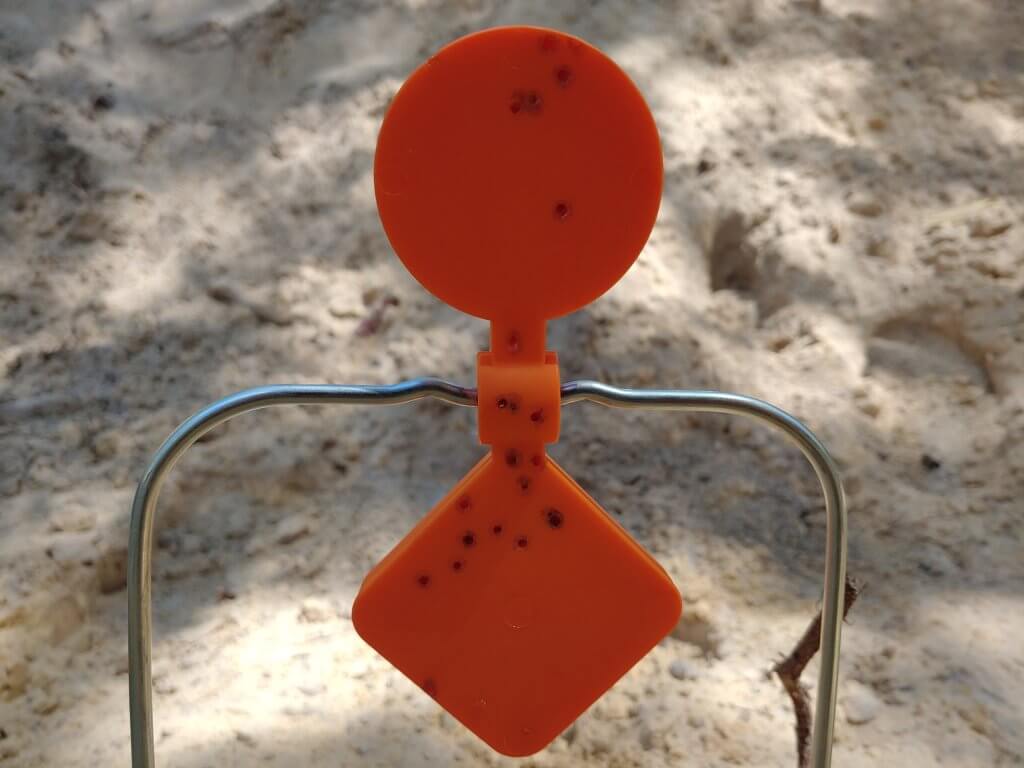 The Champion Bundle In Action

Outside of being a bargain, the Champion Bundle is made from quality pieces of gun gear. Everything is simple, but hell, simple works. It’s a fun kit that is great for new shooters. It gives you everything you need to make a new shooter sans the rifle and ammo. If you want yours, check it out here.

Check out the Ruger 10/22 magazine selection at GunMag Warehouse.