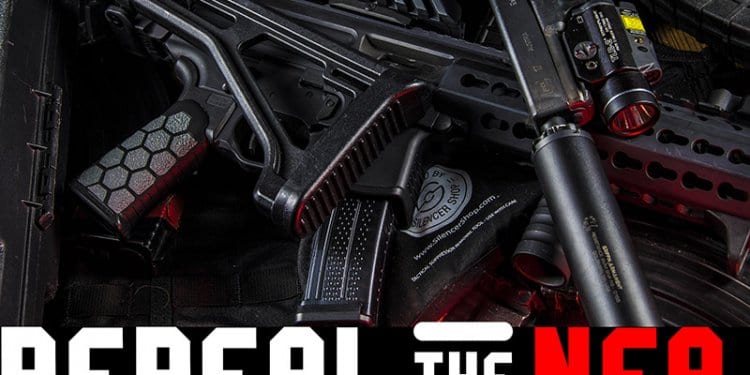 Following the leaked ATF whitepaper suggesting suppressors be deregulated, gun enthusiasts have created a petition on petitions.whitehouse.gov to repeal the NFA. The petition just surpassed the required 100k signatures.

The NFA or National Firearms Act, is a regulation passed by the 73rd Congress under suspicious conditions that imposes an excise tax on the manufacture and transfer of specific types of firearms and accessories. This act arbitrary restricts the purchase and manufacture of machine guns, short-barreled rifles and shotguns, handguns with vertical foregrips and other nebulous types of firearms.

For the manufacture or transfer of most of the items, the tax is $200 every time the item changes hands with exceptions dealing with inheritance and transfers within a trust or organization.

The National Firearms Act is the reason ‘transferable’ machineguns or those registered before the amnesty, fetch prices upwards of ten times their true value.

Gun owners for years have lamented the NFA’s existence, but popular opinion, politicians in fear of losing their position and general ignorance have prevented them from having a real chance of repealing the act. But, with the election of President Trump, and both the House and Senate enjoying Republican majorities, there is a very real, albeit small chance.

Countless blogs and Youtube pages have reposted links to the petition, while offering their own thoughts on the matter. There’s even a Facebook page dedicated to the topic – https://www.facebook.com/Repeal-the-National-Firearms-Act-258249720877394/

While the result of all this attention is yet to be determined, it will be interesting to see how President Trump handles his first firearms issue after pledging support to the NFA during his campaign.