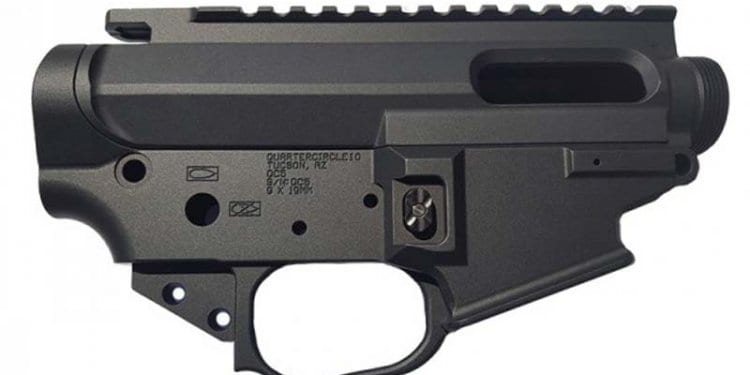 Without a doubt, one of the most successful submachine gun designs in history is the H&K MP5. This 9mm SMG has proven itself in the hands of elite units like the US Navy SEALs, British SAS and hundreds of other special action units around the world.

Having fired them myself, I can attest to their performance both in terms of reliability and accuracy. The recoil is easy to control, and they are just plain fun to shoot.

Here in the USA, pistol caliber carbines have become more and more popular in recent years. However, shooters have been largely limited to Glock pattern or Colt/UZI pattern magazines to feed them. Quarter Circle 10 (QC10) looks to add a third option.

These receiver sets do use some proprietary parts to make them compatible with MP5 magazines. However, most standard AR parts should work with these. For example, the trigger system, buffer system and pistol grip are all standard AR compatible. 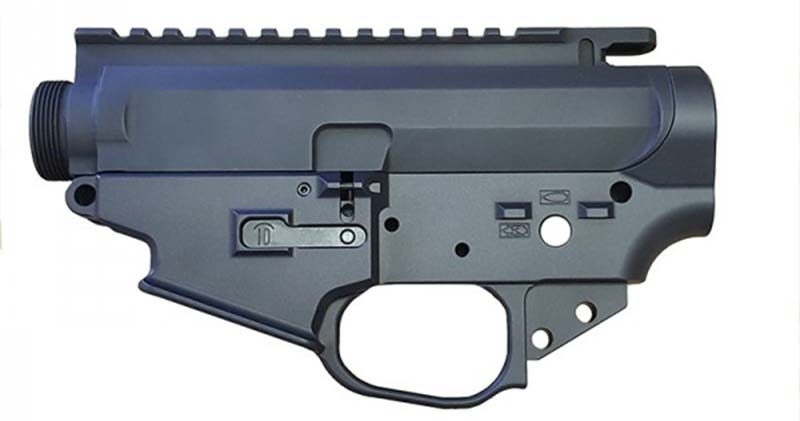 Many people believe the MP5 style magazine is a superior design to that of the Colt/UZI pattern or the Glock due to its curve. Contrary to popular belief, the 9mm cartridge does not have a straight wall case. Take a box of 9mm ammo, and lay the cartridges in a line on a table. You will see the line curves much like a rifle round such as the 7.62×39. This is because of the taper in the case walls.

Since the MP5 magazine has a curve that follows the cartridge angle, the magazine should feed more reliably. Engineers at SIG SAUER and CZ both emulated the curve with the magazines for their 9mm carbines – the MPX and Scorpion EVO 3 respectively.

The new QC10 receiver set is not cheap at $540. However, keep in mind that the company had to engineer and test this design – an investment of thousands (tens of thousands?) before ever getting it to market. Also, there isn’t an economy of scale built in yet. If these prove to be popular, the company should be able to increase production capacity and (hopefully) bring the cost down a bit.

Frankly, I’m interested in building an SBR using this lower set. Original MP5 magazines might be a bit expensive, but fortunately ETS is building reasonably priced MP5 magazines. So is KCI.