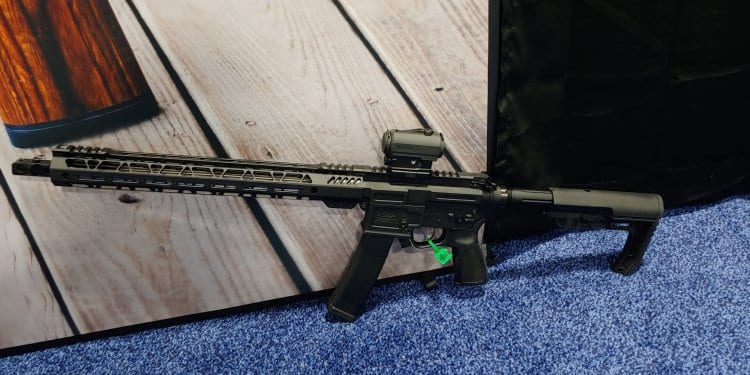 How’s PSA accomplish this? With a proprietary bolt, and proprietary upper and lower. The AR V gives you most of the modularity of the AR platform while using the affordable and common CZ Scorpion magazines, thus providing a very interesting (and enjoyable) PCC option. 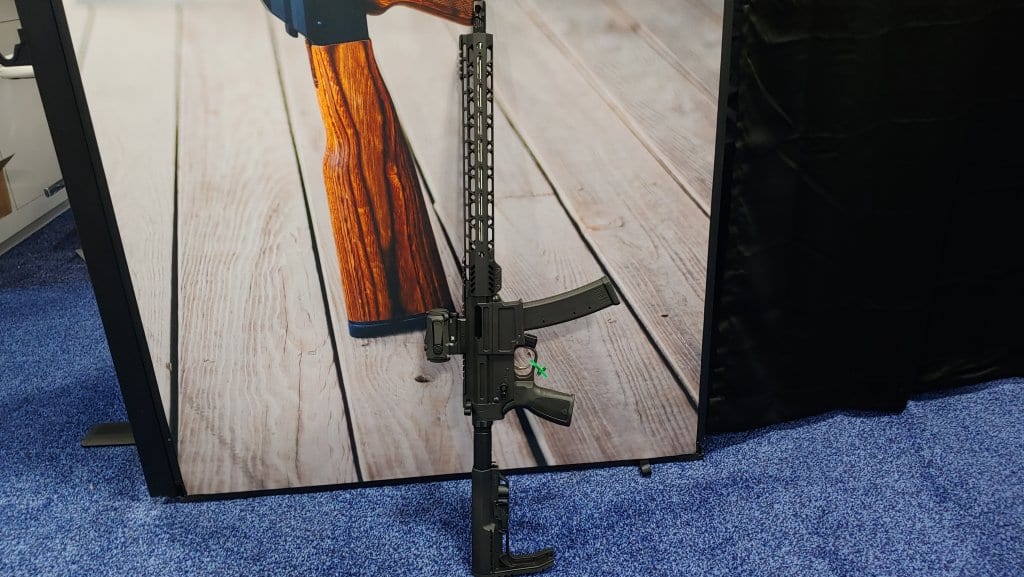 Speaking of which, Magpul makes a CZ Scorpion drum and it’s compatible with the PSA AR V.

One of the coolest features of the AR-V is the last round bolt hold open. A Scorpion magazine typically makes this a bit of a challenge, so this weapon’s LRBHO is fairly unique. To drop the bolt you move a small toggle downward and the bolt lurches forward. It’s simple and ergonomic. It will almost certainly take a bit of retraining to organize it into your muscle memory, but it works. 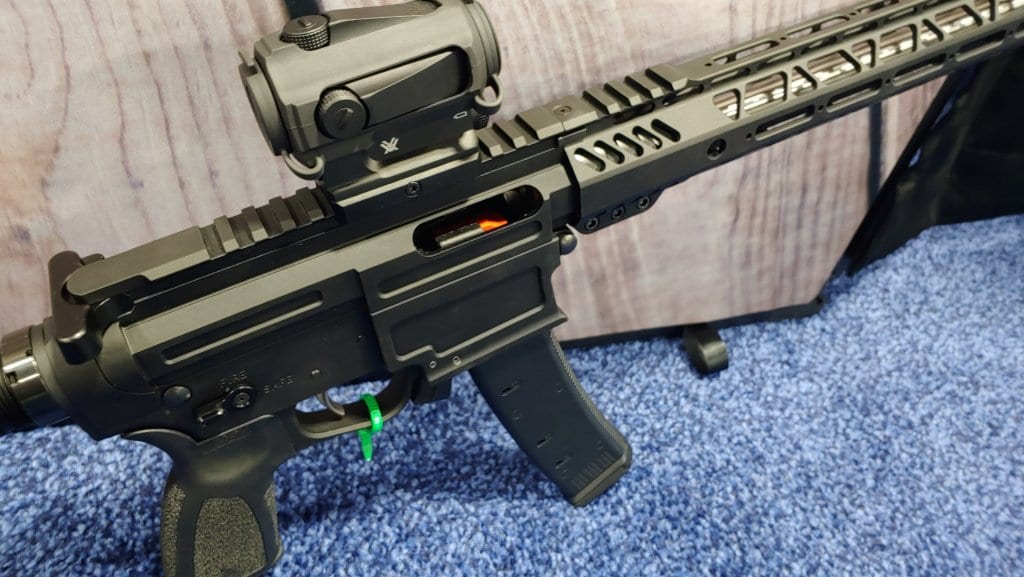 Another significant feature is the magazine release. The standard AR 15 style button release is gone. In its place is the AK-ish style ambidextrous paddle that’s designed to be pressed towards the magazine. This paddle style release appeals to me, but apparently some shooters with small hands are having difficulty with it.

Note: I spoke with guys at the PSA Booth and the pictures here may not represent the final product. The magazine release is likely to grow to work with smaller hands. While the bolt release works I personally would like a bigger one. It feels a bit small and could stand to be bigger.

That’s what she said. 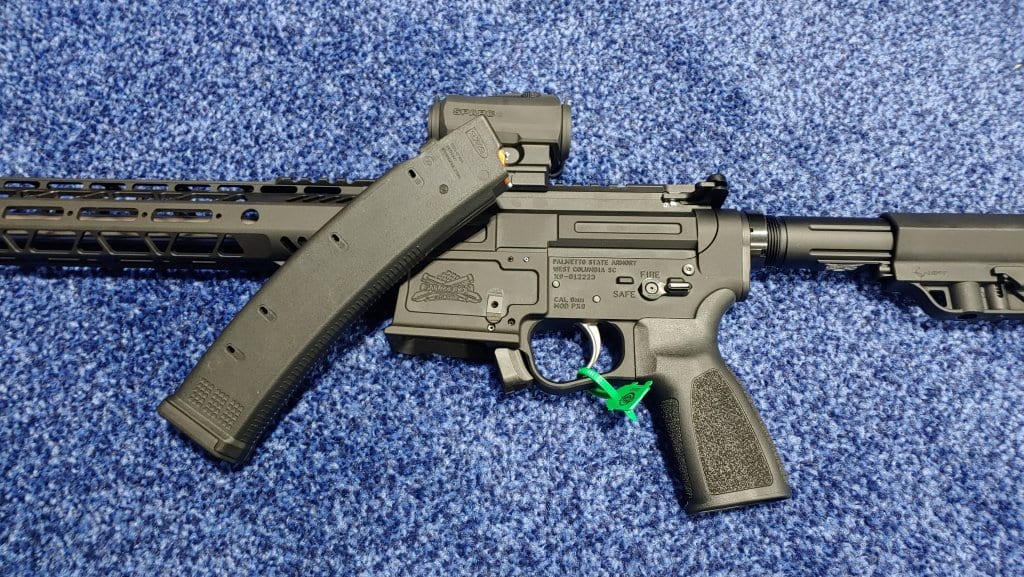 Overall I think the PSA AR V is a very interesting little gun and will be an excellent pistol caliber carbine option. Scorpion magazines are cheap, available, and a good platform for a heavy use PCC…and if we know PSA the price will be right.