Instead lieu of closed captions…

Hey, Larry Vickers here, Vickers Tactical, and today I want to take you through point shooting with a handgun. And this is something that you need in your hip pocket. Remember, there are millions of handguns in the United States and around the world that do not have any kind of night sights or any kind of white light or laser on them. Remember, think about the World War II GI bring-back 1911s, Browning Hi-Powers, P38s that are out there. You need to have the ability to shoot those guns at night with limited low light. This is how you train for it during the day. 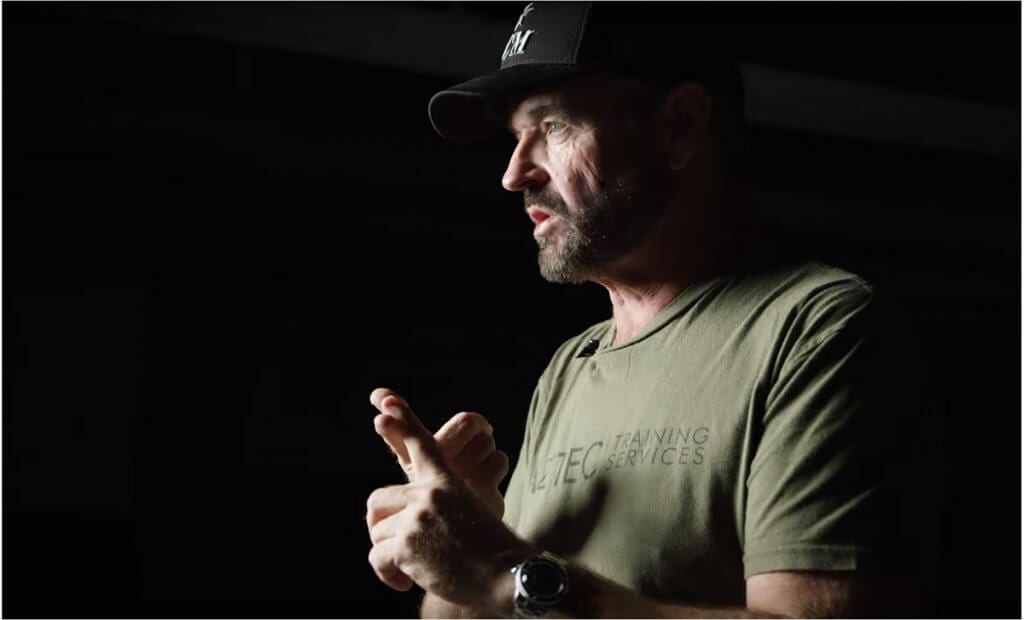 Take your pistol. Make sure you clear it of course. Magazine out, empty chamber. Tape up your rear and front sight. All right. When you align it on the target, you want to look over the sights. Don’t use the tape as, you know, de facto sights. You want to look over it because at night you’re not going to be able to see the sights at all, okay? 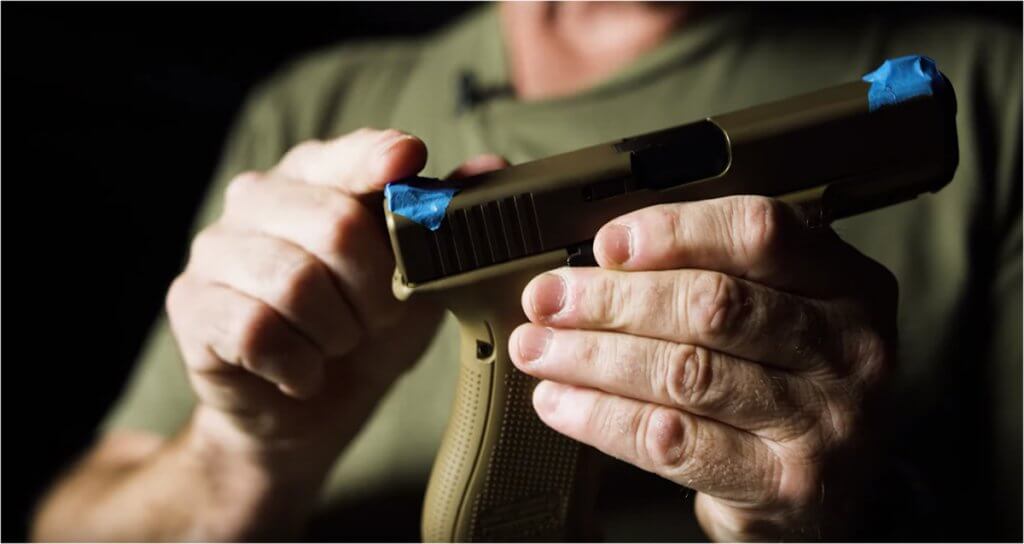 You want to align the gun to the target: chin — gun—target. Imagine a string going from your chin straight through the barrel of the pistol to the target. And you want to get good upper torso hits. [This is a] very effective technique out to about five yards. Past that that becomes tough, especially when you factor in movement. You’re moving, bad guys moving… 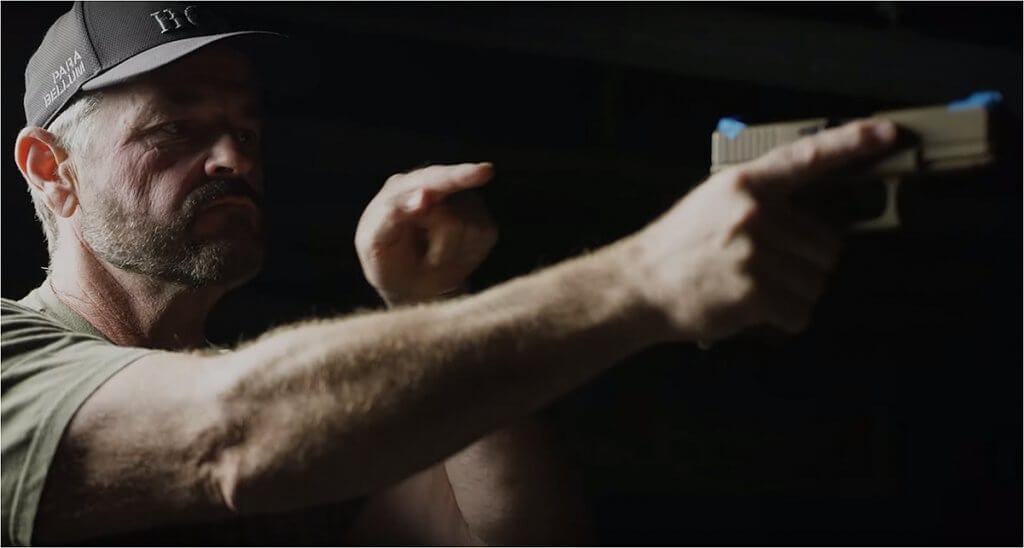 Five yards is about it for this. Understand something. This is nothing more than an alternate way to align the pistol on the target. If you have issues snatching the trigger, that’s not going to go away. You’re going to pay the price, so you have to have good trigger control techniques in your bag of tricks.

Hope you enjoyed it. You need to practice point shooting. This is something everybody needs to have regardless of the handgun they use. Have a good one. Practice it at a terrain safely.