Who Cares About Pistol Grip Angle? 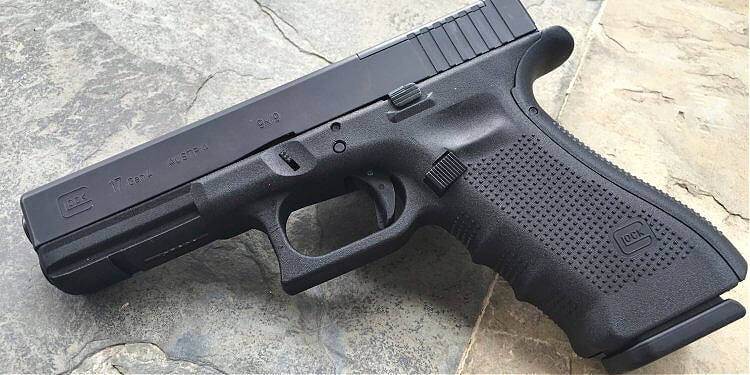 Have you ever heard the phrase “I can’t shoot Glocks…” or something similar?

When you peel back the layers on a statement like that, it may not be a trite statement for or against one gun make or another. There are several reasons that someone might be able to shoot Brand X well while struggling to meet the same performance level with Brand Y. 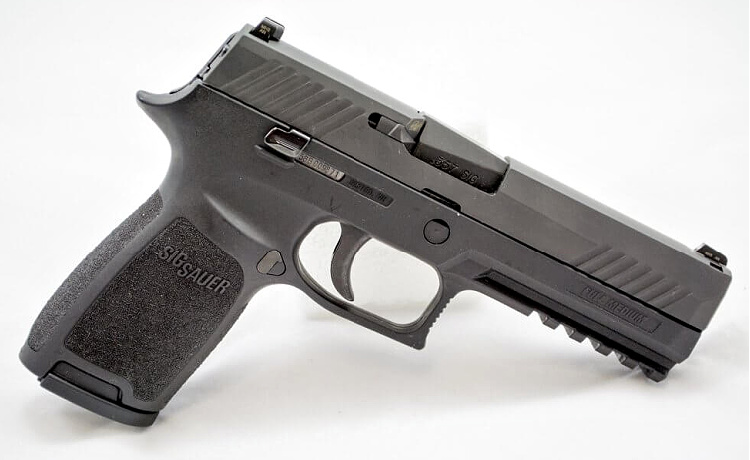 The grip angle of the Sig Sauer P320 is nearly vertical. It points very naturally for me.

Of course, triggers are the easy variable to explore. Keeping with the Glock example (and nothing against Glocks) that trigger isn’t the easiest to master. The 5.5-pound standard weight is fine, but (in my opinion) the pull quality could be better. But then again I certainly wouldn’t complain if that was the only gun I could ever shoot. Anyway, a good, crisp trigger makes accurate pistol shooting much, much easier.

While triggers can certainly be a reason that someone can’t shoot a Glock (or some other gun) worth beans, there’s another less obvious factor.

Handgun makers have to design guns to “fit” the broadest array of humans possible. As you know, we come in all shapes and sizes. Little details like arms, wrists, hands, and fingers vary. A grip on a 1911 pistol might be perfect for you but lousy for me. Or vice versa.

Sticking with our Glock just for example’s sake–the Glock has a more raked grip angle relative to the horizontal line represented by the bore. In other words, you might envision the extremes of grip angles ranging from exactly perpendicular to the bore to closer to parallel to the bore like the wrist area on a lever-action rifle.

While a 1911 has a more vertical grip angle closer to perpendicular (usually estimated at 18 degrees), a Glock has a shallower grip that’s closer to the parallel orientation (22 degrees). I’m exaggerating the extremes to paint a picture – the differences aren’t nearly that severe. 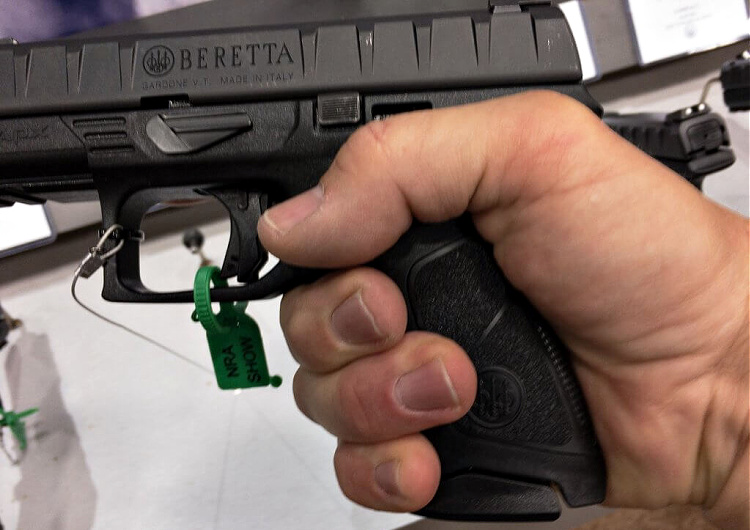 I find that guns like the Beretta APX and Glock, which both have more raked grip angles, don’t point as naturally for me. The results will likely be different for you.

Anyway, here’s why it matters. Based on the geometry of your wrist and hand, a gun with a steeper grip angle may point naturally for you. Or not. Maybe one with a shallower angle like a Glock works better.

What Grip Angle is Best for You?

Here’s one way to find out. Using a verified unloaded gun in a safe location (one where you won’t take anyone by surprise by pointing a gun), get a proper grip in the low ready position. Now, close your eyes and raise the gun to an imaginary target. Be sure you’re pointing at a safe wall or backstop.

Now open your eyes. Are the sights pointed directly at a target at muzzle height or is the barrel pointed slightly upward or downward? When I do this exercise with a Glock, my sights and muzzle tend to end up pointed above my target and I have to consciously bring the muzzle down to target.

When I do it with a 1911, Springfield Armory XD, and most Sigs, my sights are right on target. That’s because those guns have a steeper grip angle that points naturally for me. I have friends who get exactly the opposite results. For them, pistols with shallower grip angles like Glocks and Beretta APX’s point perfectly and other pistols point down.

It’s an interesting experiment to see what your body naturally expects. Sure, you can train and practice to make virtually any gun work for you, but there’s something to be said for choosing one that points naturally and intuitively right off the bat.