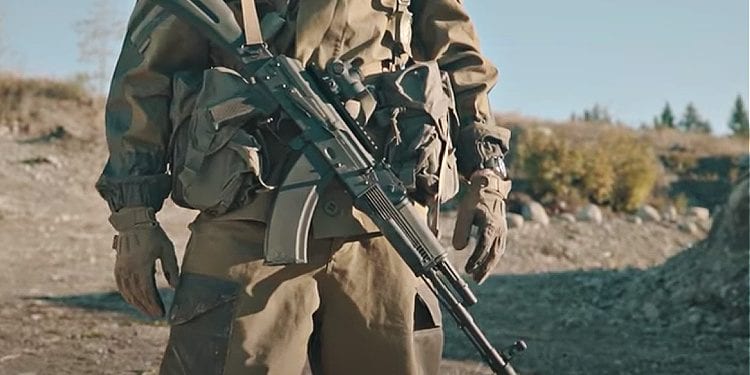 The venerable AK is one of the most recognizable rifles on the planet. There are so many that you’ll find them in every corner of all three worlds —first, second, and third—as a much-adored go-to for both military and personal protection. Because they are so popular, every gun maker out there makes some sort of straight AK or AK lookalike to satisfy the huge demand. Palmetto State Armory is no exception.

As reviewer Garand Thumb points out in the video below, the new PSA AK-103 may not be a pure AK-103, but it’s pretty darn close—close enough that non-die-hard enthusiasts might not know or care about the differences.

Tip to butt, what is this gun, from a shooter’s perspective?

To start, it has a pretty typical modern AK-100 series muzzle brake, “These muzzle brakes are very, very effective at controlling AK recoil. You can see in the video, this weapon does not really dance around and that is pretty cool, given the fact that it is launching a 7.62 x 39 round.”

Thumb points out that a lot of muzzle flash and concussion come with this particular muzzle brake, so he recommends the use of a suppressor for low-light situations.

As for the barrel, Thumb says, “Palmetto State Armory has done a lot of very incredible things in the AK world, and the barrel is absolutely one of them.” The cold hammer-forged barrel is made by Fabrique National made specifically for this gun. “What an incredible barrel to include on a very cheap gun.”

The PSA AK-103 has typical AK-100 series furniture, which can easily be switched out for modern furniture. It comes with your typical AK iron sights and they are very well constructed, there’s no canting.

One of the amazing things about the AK-103 is the forged parts like the front trunnion, carrier, and bolt which makes the rifle more reliable and longer-lasting. It’s got a typical AK magazine release and takes various AK magazines including Bulgarian and Magpul mags.

Thumb says the safety is incredible, “The thing that always annoys me with AKs is how terrible the safeties are. So, by having the enhanced safety on the PSA, one—that’s awesome. And two, it’s very easy to manipulate.”

How does this compare to other AKs out there? According to Thumb, after over 3,000 rounds, the rifle has held together just fine, with no pins walking out or other design/build issues. The gas block and system have held up perfectly with zero issues. Overall, he says, the build quality has been outstanding.

As far as accuracy over the long haul, Thumb says the cold-forged barrel resisted serious deflection after heating up, allowing for tight groupings even on faraway targets. 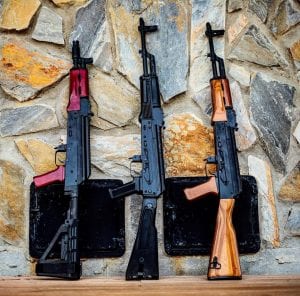 The PSA AK-103 may not be a pure AK, but it’s still a ton of fun and just as potent as its original Russian daddy.

So how much are you shelling out for this Cold War beauty? The fixed stock version will run you about $899 rubles, sorry, dollars, while the folding stock version kicks it up to around $1,000. Compared to other AKs out there, that’s a pretty sweet price point. 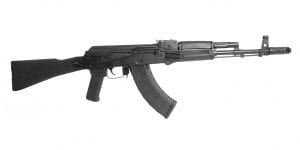 To the naked eye, you’d never know this wasn’t an authentic AK. Shooting it won’t give away its secret either.

Check out all the rest of his comments in the video. Afterward, check out our selection of AK mags and accessories.