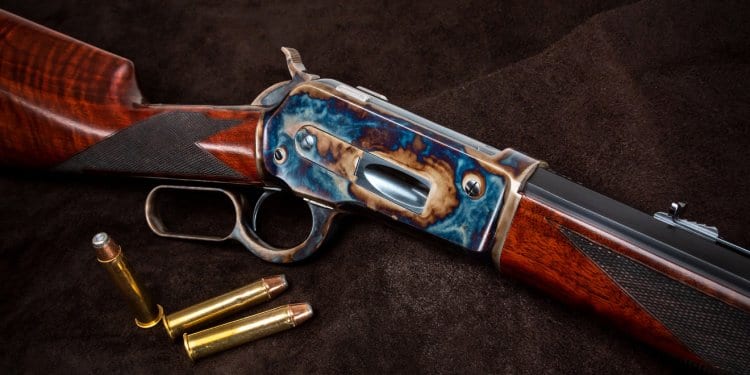 SHOT Show 2020 is behind us, and now The Mag Life is planning for the next big event: the NRA Convention. They call it NRAAM, or the National Rifle Association Annual Meeting. This year it will be in Nashville at the Music City Center.

March 13, 2020. Last night. the NRA announced the cancellation of the 149th annual convention in Nashville. The event will not be re-scheduled. The decision to cancel is based on the ongoing concerns about the spread of the virus that is disrupting normal operations in many industries, including the firearms industry. The announcement that is found on the NRA homepage says:

With our 149th Annual Meeting scheduled for next month in Nashville, we realize many NRA members and meeting guests have questions about the coronavirus (COVID-19) and the potential impact on our convention.

We have been closely monitoring updates from the Centers for Disease Control and Prevention and Tennessee Department of Health.  In fact, earlier today, a state of emergency was declared in Tennessee.

Therefore, we have reluctantly decided to cancel this year’s NRA Annual Meeting, planned for April 16 – 19 in Nashville. This applies to all events and scheduled programs, including the NRA-ILA Forum. We sincerely regret the need for this action, particularly for our many loyal members who join us for this annual celebration of the NRA and our constitutional freedoms.  Details regarding a rescheduled NRA Members’ Meeting will be forthcoming.

Under the direction of NRA President Carolyn Meadows, the NRA Board of Directors is working with the Office of the Secretary in relation to board elections, meetings, and the like.

Please know that we did not reach this decision lightly. We were ultimately guided by our responsibility to help ensure the safety and well-being of our NRA members, guests, and surrounding community.

Please coordinate directly with airlines or others who have assisted with your travel arrangements. Most companies have announced plans to accommodate travelers dealing with event cancellations.

According to the FAQ’s, the NRA will make refunds to individuals who have already purchased tickets to scheduled events. Additionally, the organization says it will handle refunds for attendees who booked hotel reservations through NRA’s Official Housing Company, Conference Direct.  Cancellation of hotel reservations through any other source needs to be coordinated directly with them. The NRA further advises that any airlines or others who have assisted with travel arrangements will need to be contacted directly for refund requests. They say that most companies have announced plans to accommodate travelers dealing with event cancellations.

Last Thursday, the museum director of communications Kelly McGlumphy told the AP that “following those discussions, the organization will not be holding their event at the museum.”

Amy Hunter, director of media relations for the NRA explains, “The NRA was asked to change our firearms policy at our auction. We respectfully declined and made alternate arrangements at a venue with additional capacity. We would like to thank the Country Music Hall of Fame for their consideration.”

Prior to the complete cancellation of the NRAAM event, the NRA stated that the auction would instead be held at a nearby convention site, Music City Center.

Currently, 575 exhibitors are scheduled to be at the show this year, from A & A Optics to ZEV Technologies.

The NRA Convention for 2020 will be held in Nashville this April.

As the NRA describes it,

“Spend the day exploring products from every major firearm company in the country, book the hunt of a lifetime in our exclusive outfitter section, and view priceless collections of firearms in our gun collector area. You’ll also see knives, shooting accessories, hunting gear, and much more!” 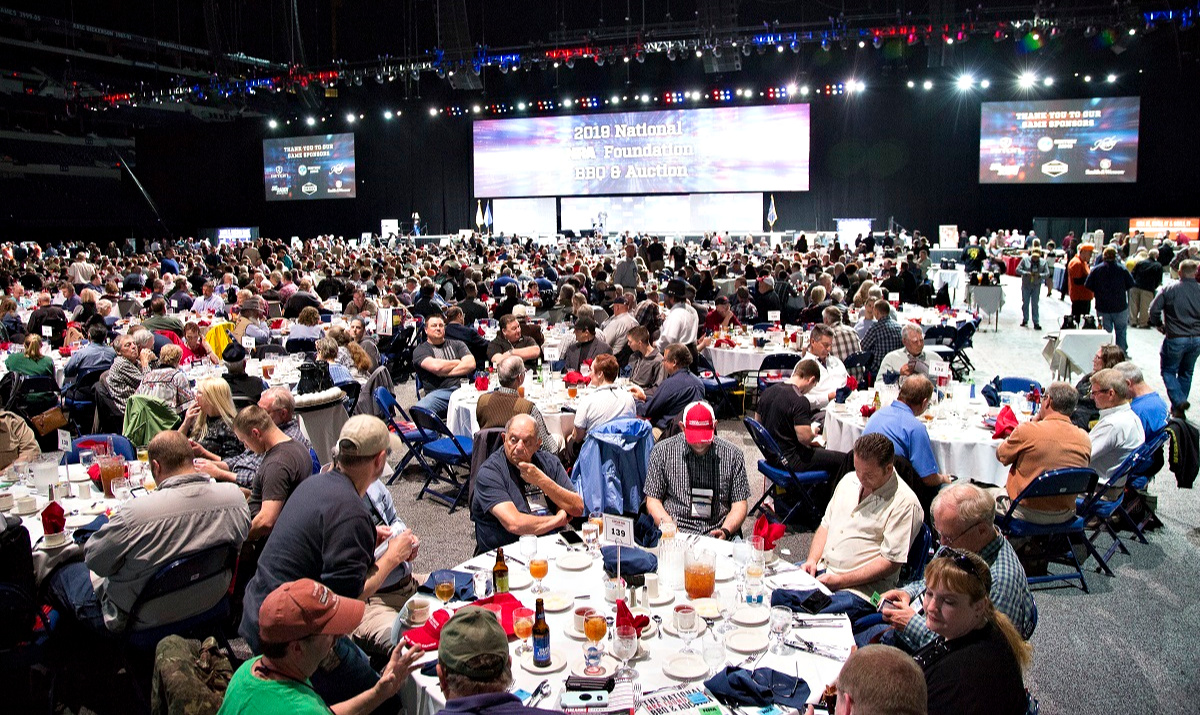 The NRA Foundation BBQ and Auction offers an evening of food, firearms, and fundraising. Proceeds from the auction of custom firearms, unique merchandise, and specialized hunts go to the NRA Foundation and the future of the shooting sports. Image source: nraam.org 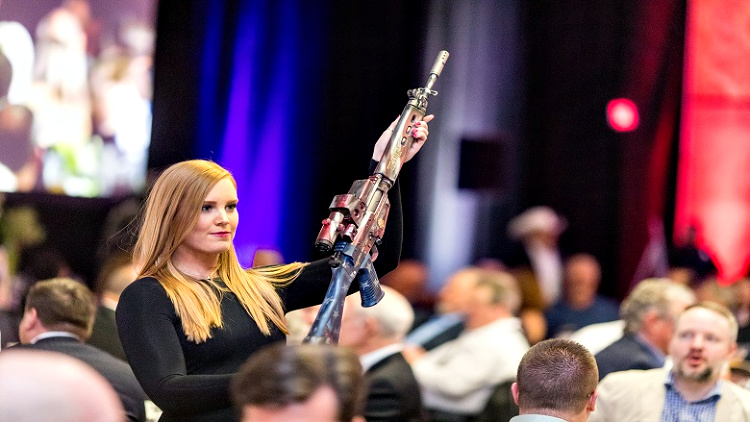 This year’s NRA-ILA dinner and auction will feature impressive one-of-a-kind items made and 100% donated just for the auction, including engraved firearms, suppressors, knives, fine art, hunts, optics and trips from around the globe.
Image source: nraam.org 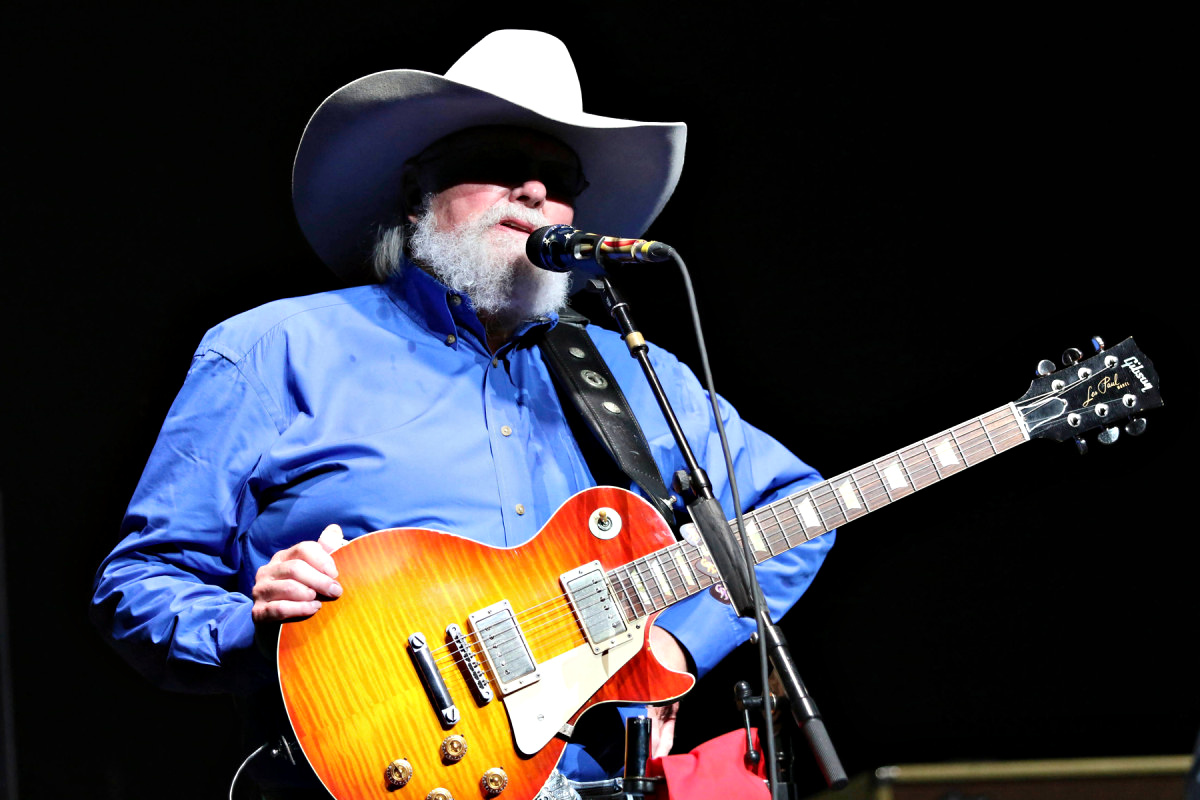 Charlie Daniels also performed at the 2018 NRA Convention. He told the crowd, “I am disgusted by the way guns are viewed by a lot of people in this country,”
Image source: Robb Cohen/Invision/AP/REX/Shutterstock 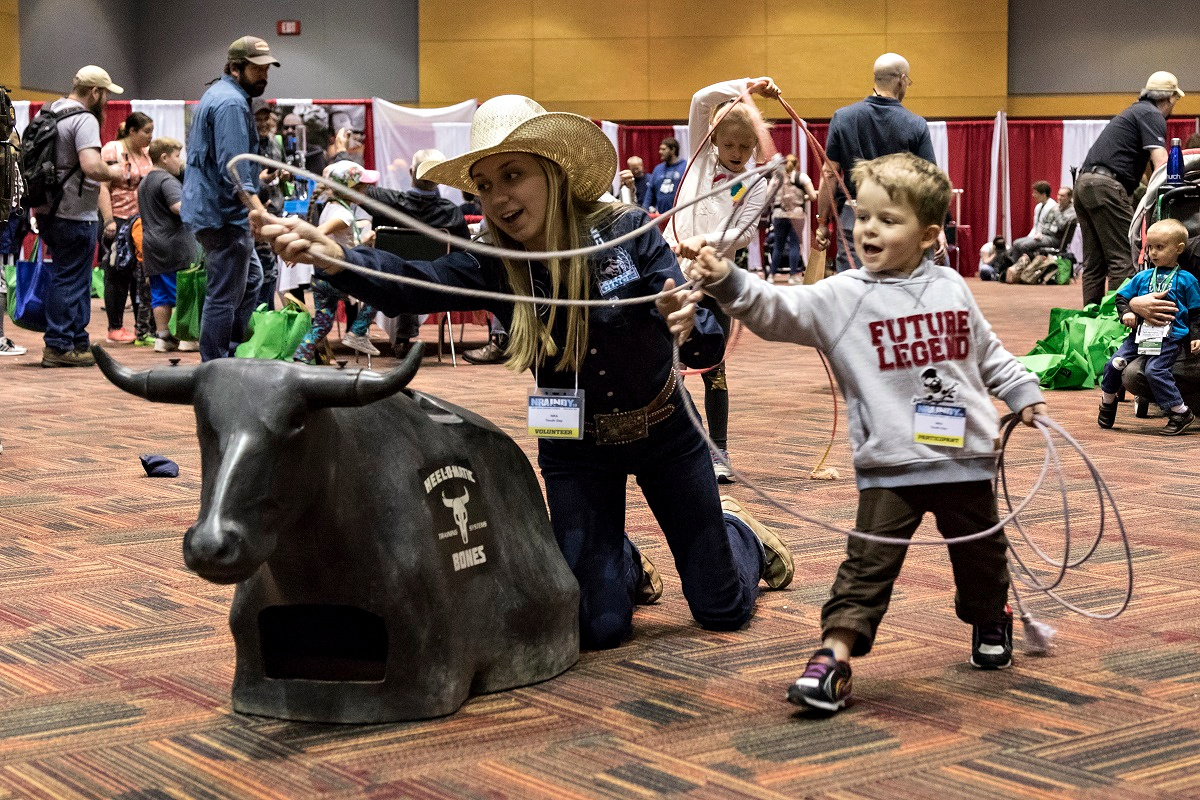 At Youth Day, young people get to participate in lots of fun activities, including cattle roping, BB gun competitions, and a scavenger hunt. They also get to try out a Virtual Reality shooting simulator, a 2-gun Air Soft Range, as well as Nerf ranges for archery, crossbow, and guns. Image source: nraam.org

Again, NRAAM is free to all NRA members and their families (spouse and children under 18 years old). If you are not currently an NRA member, you can join at the door. Tickets for the various events scheduled during the convention range from $35 to $1500.

New Guns to See at NRAAM

We will add new firearms to this section as we learn about them, so be sure to check back often.

Keeping up with the trend of small 9 mm handguns with larger capacity magazines, Honor Defense announced this new 10+1 capacity pistol late February. It’s scheduled to begin shipping in April, about the same time as the NRA convention. Described as “sexy and accurate,” the pistol has a gold flat tactical trigger and gold barrel. It’ll be available with a 3.8″ compact and 3.2″ subcompact barrel and comes with two 10+1 extended capacity magazines. MSRP for the Pro9 is not yet available. 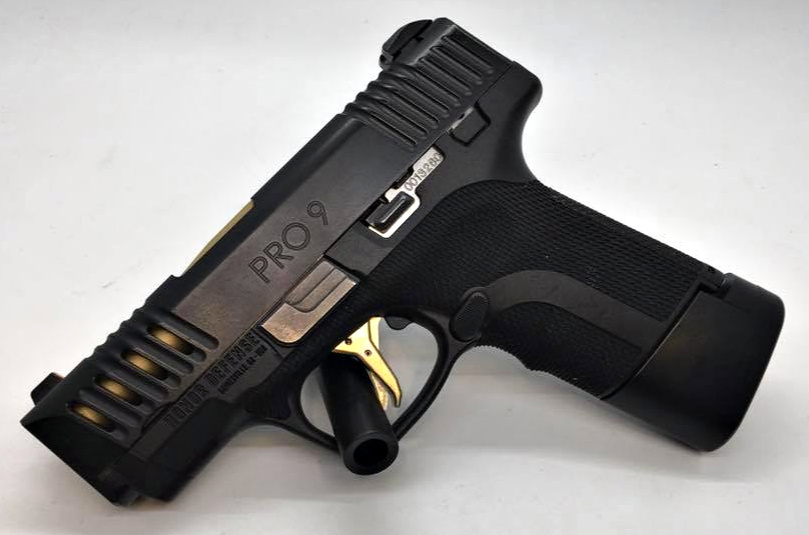 Like all Honor Defense pistols, the Pro9 will be 100% USA and assembled by Veterans. In addition, the pistol will have a polished stainless-steel chassis with a crowned barrel that delivers the same award-winning accuracy as tested by Gun Tests Magazine.

“We already have orders for the Pro9 and are reaching out to our top distributors and dealers for shipments starting in April,” says Gary Ramey, the President of Honor Defense. “The development of Honor Defense pistols has been guided by professionals from law enforcement, military, and civilian training. Every model we make is fully ambidextrous, featuring only U.S.-made parts and are +P-proofed.”

Backed by the lifetime warranty, no trigger-pull or tools are needed for disassembly. The pistol also allows flexibility for consumers as the sights are compatible with the G42/43 and Hyve extensions fit the magazines for more capacity as well.

Are Guns Allowed at NRAAM?

A common question about the convention is whether or not guns are allowed, as in individual concealed carry. NRAAM advises: “During the 2019 NRA Annual Meetings & Exhibits, lawfully carried firearms will be permitted in the Indiana Convention Center and the Lucas Oil Stadium,l in accordance with Indiana law. When carrying your firearm remember to follow all federal, state, and local laws.”

Note: the featured image above is courtesy of Turnbull Restoration, who will be attending NRAAM 2020.

Learn more about NRAAM and get your questions answered online.