Do you know how bullets are made? How about what they look like without their copper jacket? Are you aware that those answers depend on the type of bullet you’re looking at?

I have to admit that I didn’t know much about that. Oh sure, I knew that all bullets are not created equal and, conceptually, that the design and manufacturing processes were different, but I never bothered to look deeper than that.

Well, in the video linked below, we’re given a quick look at how Nosler designs their bullets, and it’s very interesting. 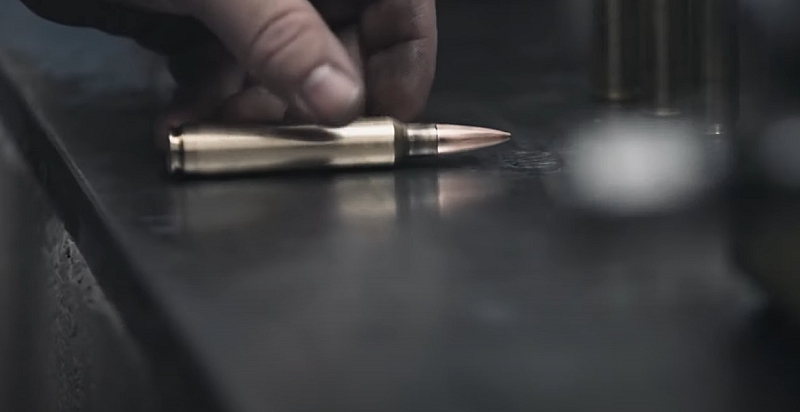 John A. Nosler, A Moose, and a Bullet

The Nosler story begins in 1946 when John A. Nosler went moose hunting in British Columbia. Nosler sighted a big bull at close range and fired, fully expecting the moose to go down. The moose, however, had other ideas. Nosler required several more shots to bag a moose that should have only required one round.

Nosler determined that the bullet’s high velocity, combined with the close range, overstressed the simple cup and core bullets of the day. He decided he could do better. The next year saw Nosler test his new partition bullet on another British Columbia moose with far better results. The partition bullet has two separate lead cores, giving better terminal performance than the older style bullets.

The moose that wouldn’t go down hangs over the Nosler production floor as a reminder that quality matters. That led to Nosler’s motto, “Quality First.”

Nosler Senior Marketing Manager Mason Payer says, “When most people think of a bullet, they’re actually thinking of a cartridge. The bullet is just the projectile. Most people probably assume it’s just a simple chunk of lead with a copper jacket. They would have been right a hundred years ago.” 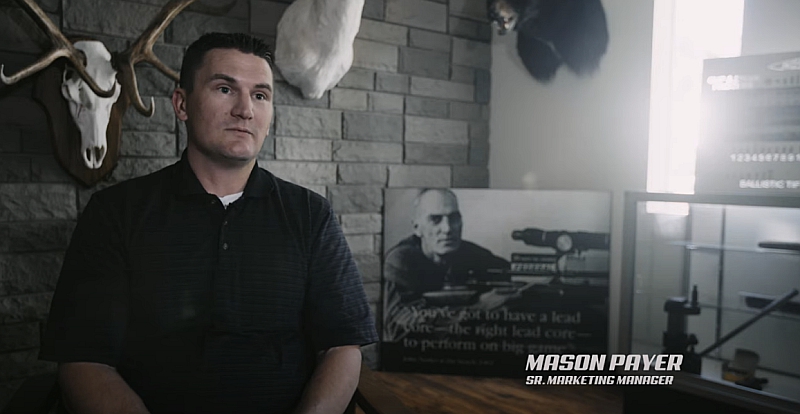 The Cup and Draw Process

The cup and draw process is the simpler of the two. It starts with a thin copper ribbon or strip. Machines punch out discs which are formed into cups. The cups are then drawn into jackets. The lead core is inserted, and the jacket closed. 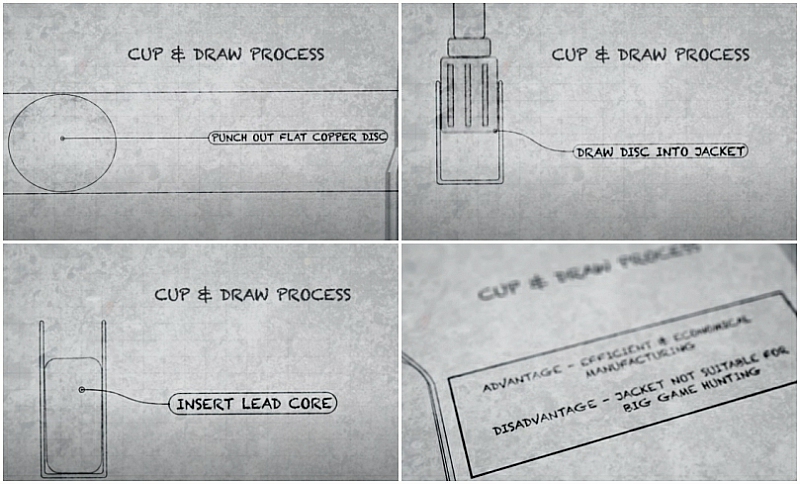 The cup and draw process is efficient and perfectly adequate for target or training rounds. But it can’t produce performance big game cartridges. That requires making the copper jacket thicker.

Performance hunting rounds require the impact extrusion method. The process begins with solid copper wire cut into slugs. New copper slugs are too hard and brittle to use, so the annealing process heats them to over 1,200 degrees to soften them up. Only then can they be drawn into jackets.

A punch conforms the slug’s inside to the desired shape as the jacket forms. A press then inserts the lead core and tapers the jacket. The final step is inserting the bullet’s tip. 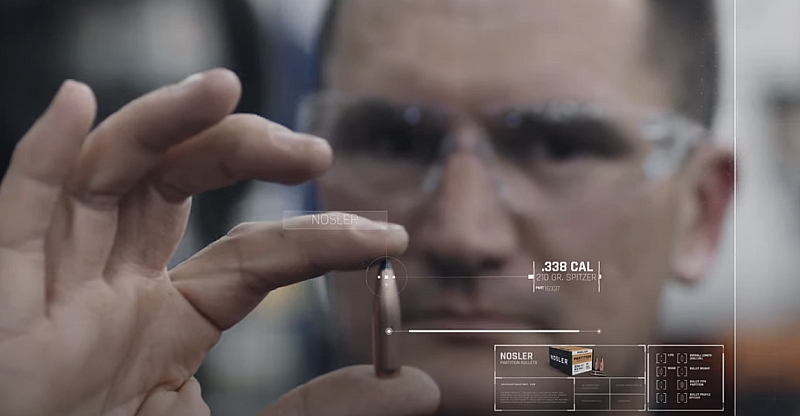 Nosler visually inspects every bullet, with any imperfection separated out. They scrap every performance affecting flaw. Nosler sells minor cosmetic imperfections such as light scratches or water spots as blemished product.

Nosler has quality checks at every production step. Nosler tests each ammo batch on their 100-yard underground range. The tester fires 300 to 400 rounds per shift, examining group size, velocity, and pressure.

“We know how much time and effort is invested into a hunt,” says Payer. “Everything that goes into that moment…we think about that every single day for every bullet that we make. There’s a lot of thought and engineering and testing that goes into designing those bullets so that we know exactly what they’re gonna do every single time. ‘Quality First’ comes down to the fact that the Nosler name is on the box of every product that we make.”

The Guns of Theodore Roosevelt

Managing Your Ammo and Magazines