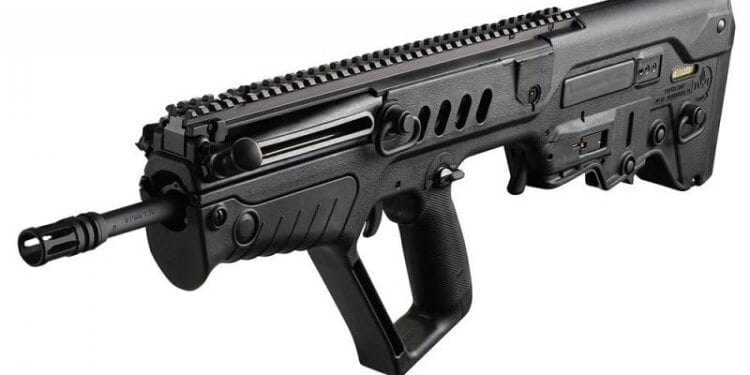 So Long Tavor SAR, Thanks For The Memories

IWI has announced that they are phasing out their flagship rifle, the Tavor SAR. The Tavor SAR was well received in 2013 when it was released in the US Market.  However when IWI introduced their Tavor X95 in 2016, the Tavor SAR sales dropped. Shooters were embracing the upgrades of the X95. Lighter trigger, integrated rail system, magazine release button akin to an AR-15 and an interchangeable grip system.

IWI will be concentrating on the X95 as well as their new Tavor 7. The Tavor 7 is a new Tavor chambered in .308.

Here is the press release about the Tavor SAR.

Harrisburg, Pa. (September 2017) – IWI US, Inc., a subsidiary of Israel Weapon Industries (IWI) Ltd., announced today that they will be phasing out the original TAVOR® SAR from their product line.
The TAVOR SAR revolutionized the market for bullpup carbines in the US when it was first introduced in 2013. When the “next generation” TAVOR® X95™ was released in 2016, sales of the original SAR declined as consumers willingly embraced the improvements and upgrades in the X95.
“The market has spoken and it prefers the TAVOR X95”, said Michael Kassnar, VP of Sales & Marketing for IWI US. “We will phase out TAVOR SAR production over the next few months and concentrate on our X95, along with our recently announced TAVOR 7, for the future.”
The 2017 Golden Bullseye Award winning rifle of the year from Shooting Illustrated, the TAVOR X95’s compact, ergonomic design coupled with it outstanding reliability has won rave reviews from the public and shooting sports media, as well as law enforcement agencies.
The TAVOR X95 bullpup includes many upgrades from the original SAR model including a new fire control pack with a 5 to 6 lb. trigger pull, a repositioning of the ambidextrous mag release to an AR-15 location, Picatinny rails at the 3, 6 and 9 o’clock positions on the forearm with removable rail covers, the charging handle moved closer to the shooter’s center mass and a modular TAVOR style pistol grip that can be replaced with an optional standard pistol grip and traditional trigger guard with a smaller, lower profile bolt release button.