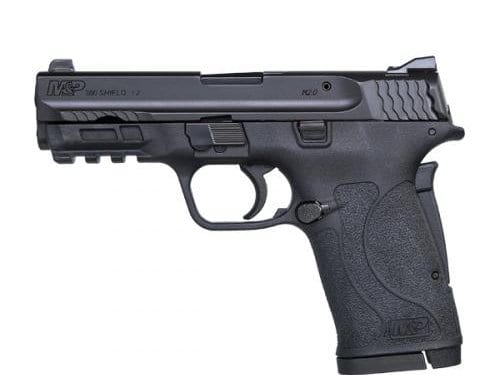 The Smith & Wesson Shield is a single stack compact handgun that has become a very popular handgun for concealed carry. It came out in 9mm and .40s&w and eventually .45. However some shooters have a difficult time racking the side back. So Smith & Wesson has now come out with their new Shield 380 EZ.

In terms of a small .380 ACP chambered pistol, Smith & Wesson had their Bodyguard handgun. However I found the Bodyguard to be too small. It is a pocket gun. The grip is so short that you can only get two fingers to hold the grip. So you have less control as a compromise to concealment. Small pistols tend to exacerbate the physics of recoil and muzzle climb simply because they are so small and harder to control. Larger pistols are easier to control in the same caliber.

This makes the Shield 380 a perfect pistol on paper. Not only is the size great for shooting, Smith & Wesson designed this gun to be easy to use. The slide has wing like protrusions at the rear to help facilitate your grip when pulling the slide back. Look at the photo below, you can see the iconic scalloped serrations of the M&P line but at the rear the last serration is wider than the rest. 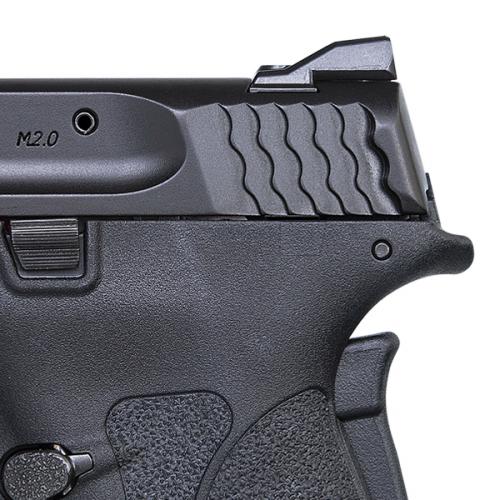 The recoil spring has been lightened. This results in less resistance when pulling the slide rearward making it easier to rack. The slide even says “EZ” to let you know it is easy. 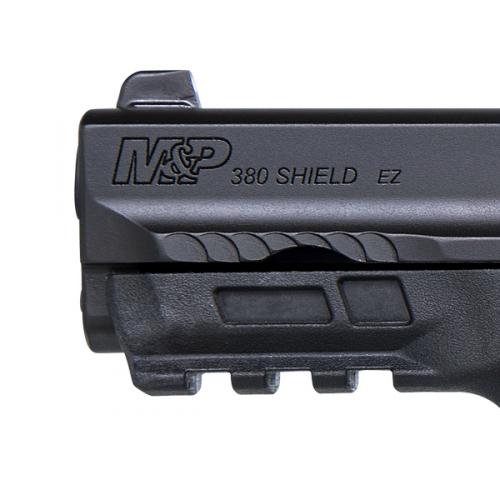 Racking the slide back is one of the difficult things to do when operating a semi automatic handgun which Smith & Wesson has addressed. The second most difficult task is loading the magazines. Sure there are some great third party devices to help you load bullets into the magazine but Smith & Wesson designed their magazine to be easy out of the box. The single stack magazine features a window cut along the side and the follower has a button that sticks out the side. So now you can just pull the follower down with one hand as your other hand loads the bullets into the magazine. 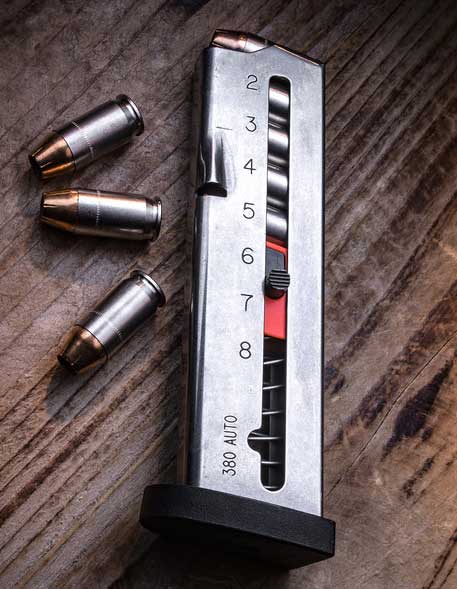 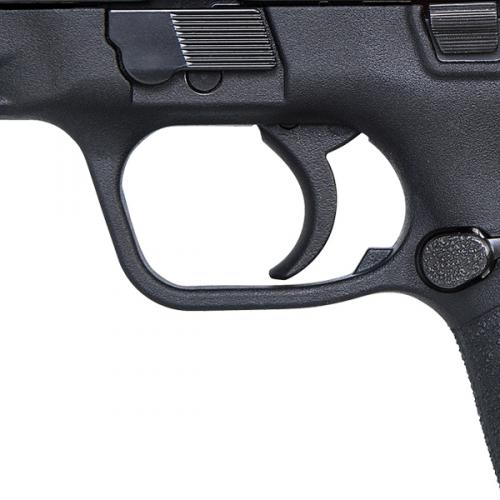 They have also included a loaded chamber indicator (LCI) at the top of the slide. This is probably due to the California regulation that handguns sold in the state of California must have a LCI. If you look at Smith & Wesson’s California compliant handguns, they all have the LCI.