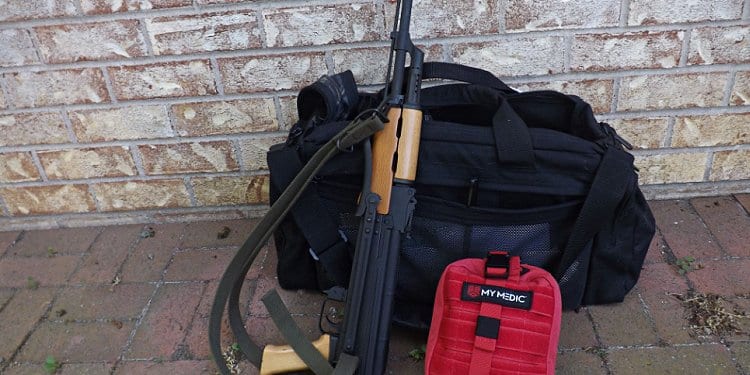 I recently received a medical kit (specifically an EDC first aid kit) from My Medic, a company that provides medical kits to suit various needs, from the most basic all the way through advanced, both large and small. The kit I am reviewing is the MyFak. It has been augmented with “advanced gear” (from the content selection process) and is intended to treat two or more people.

First, let me be clear that I am not a medic, nor am I even close to being a doctor. The extent of my emergency medical training includes Basic First Aid, CPR, and AED.

Oh, and my favorite television show is Emergency! the series from the 1970s (yeah, I’m that old, got a problem with it?), which is why I recognized the name of one of the items included in this kit: a nasopharyngeal airway! Yes, they included one in this kit. I don’t know how to employ it, but it’s there. For a moment, I thought it might have been nice if they would have included instructions. But then I told myself, “If you have to ask, then you aren’t qualified to be using that particular piece of gear.”

Although I’m not highly trained medically, I’ve had the misfortune of being present during quite a few fatalities, both on and off the job. So the importance of a kit like this really hits home.

This kit is packed with stuff! Frankly, it was mind-boggling to see all the items. The fact that they managed to get it all into this pouch is extraordinary and speaks volumes about the design team behind the gear. 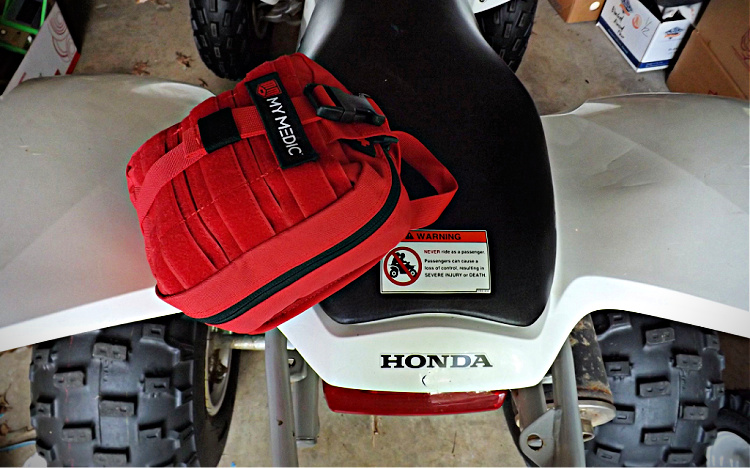 Among the items included in the MyFAK kit: 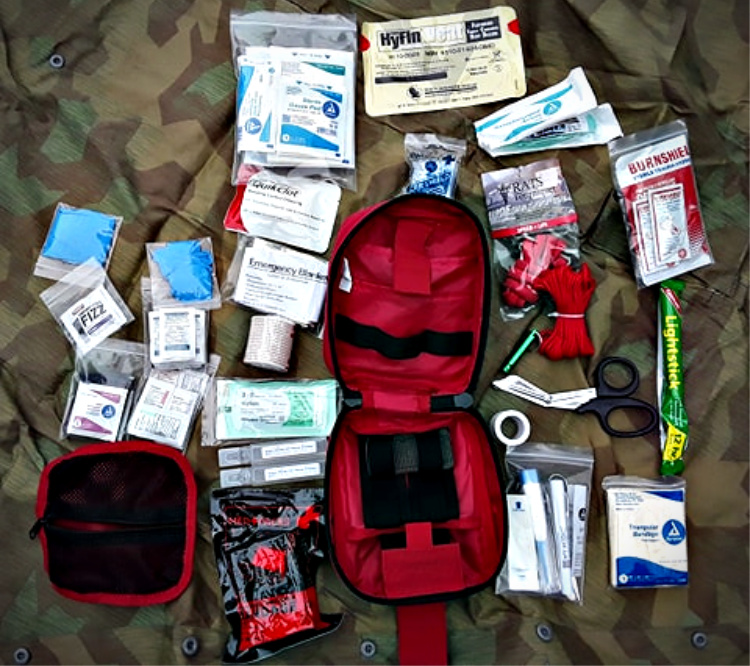 The entire kit laid out. Many components are contained in resealable, plastic bags, which helps keep it all organized.

Well, there you have it. I may have missed an item or two, but that is the overall flavor of the kit. The kit covers everything from treating minor cuts and burns up to doing CPR, treating a sucking chest wound, and even major bleeding. Hydration, airway issues, topical issues, sprains, and fractures can also be addressed using this kit.

One piece of equipment that I’d really like to see directions for is the tourniquet. It appears to be a bit complex and I have no training on this particular piece of gear. 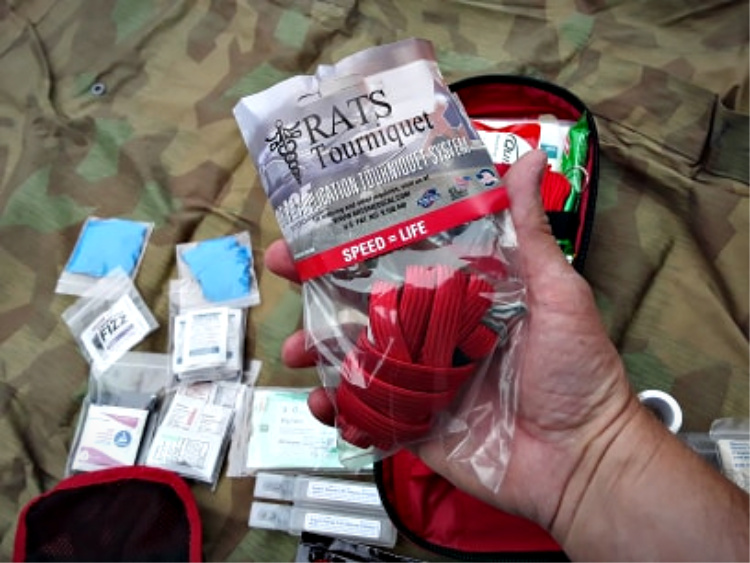 A close up of the RATS Tourniquet.

This is all contained in a very compact package. As I unpacked everything to inventory it for this article, I vowed that I would remember how it all went back together. I think I did pretty well, although I felt as if I were putting a jigsaw puzzle back together. I cheated and referenced some photos that I had taken for the article, which helped. Not a bad idea if you decide to take yours apart when you get it.

The pouch that contains the kit can be carried by the handle on the back or attached to gear via MOLLE straps with snaps that are on the back. The pouch that is supplied is very nice, and it’s very stoutly built. It has Velcro on the front, along with MOLLE straps, so the user can adorn it with various cool-guy patches or other gear. The size of the pouch is 6 1/2” x 7 ½ “x 5”.

The pouch is held closed with a heavy-duty zipper as well as a Velcro strap and a strap with a plastic buckle. There is nothing cheap or flimsy about the pouch or the kit. There is a tear-away section that exposes Velcro backing so that the kit can be torn from your gear without having to unsnap the MOLLE clips during an emergency. However, it won’t accidentally be torn away because you have to release a retention strap first; it’s a very ingenious setup! It can be attached to various fabrics, such as the back of a car seat because there is Velcro on the back. The pouch is available in a variety of colors, including Coyote Tan, Green, Black, Red, and Orange. 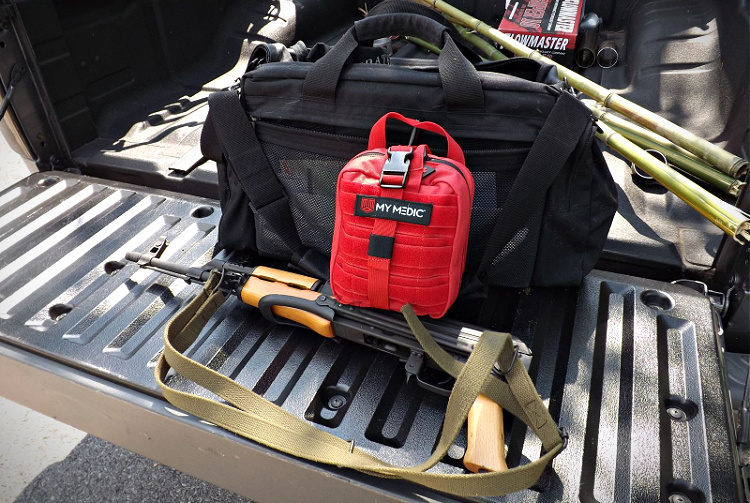 Overall, this is a great kit. The packets of Ibuprofen and oral pain gel will cover a bunch of everyday needs, as will the small bandaids and bandages, which are readily available in the center of the pack. In the event of a greater medical emergency, the user has an abundance of items to address those issues. As you peruse the list of items that have been included, you can likely come up with many scenarios in which those items will prove valuable, especially if he is out in the field and there are no drug stores close by.

Everything is in a neat, compact package that is very durable and accessible. MyMedic offers a variety of kits to suit many levels of need. The kits are made in the USA and come with a lifetime guarantee, which is an added bonus. I highly endorse their items, and this kit will go with me in my travels. You should check them out. 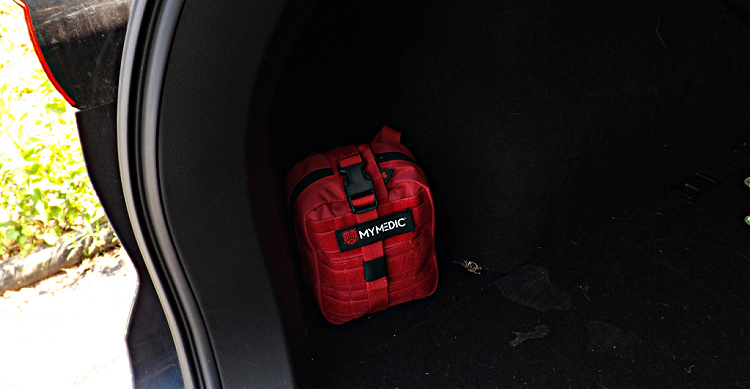