In the middle of December, I reported on the likely rumor of a new Smith & Wesson M&P pistol.  It is now confirmed that the popular M&P has been overhauled and is currently available at some dealers.  S&W is now sharing the details on their website.  Follow this link to read our original post on the M&P M2.0.

It now seems clear that the original thoughts on the upgrades are correct in that the new M&P will have a new aggressive grip texture, four backstrap inserts for a wider fit profile, an improved trigger, and a proprietary coating.

As the embargo has lifted more information has emerged, some of it directly from Smith & Wesson.

On the S&W M&P M2.0 page of the manufacturer’s site, the trigger is described as a “New M&P M2.0 crisp trigger with lighter trigger pull.”  In addition, the trigger is said to have a noticeable reset that is both tactile and audible.  This is likely to appease many of the harshest M&P critics who complained of a gritty trigger in the original models.  It sounds to me like the M&P Pro trigger has simply become the standard. 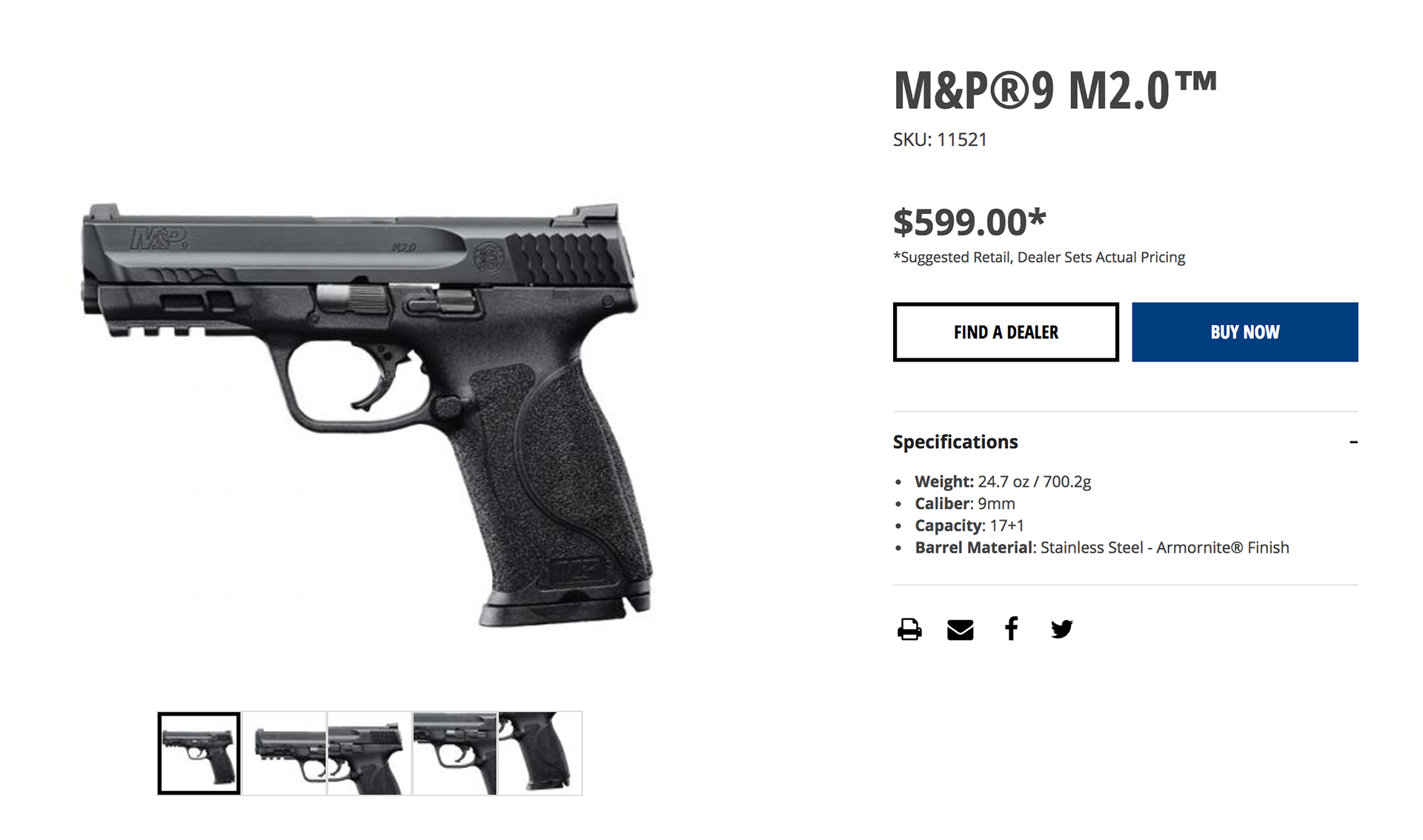 One of the first things noted in the early images of the FDE M2.0 was a set of windows on the dustcover of the frame.  According to Smith, the odd cuts in the front of the frame show the new stainless steel chassis which is intended to add rigidity and reduce felt recoil.  Apparently, this is also the location of the serial number on the new pistols.  I have always felt that the M&P was a smooth shooting gun and will be interested in comparing the performance of the two frames.

Magazine compatibility is one of the issues I have been wondering about.  Several folks that have had hands-on time with the new semi-auto have confirmed that the S&W M&P M2.0 will readily accept the M&P legacy magazines.  This is a solid reassurance that if you purchase new or used M&P magazines they will work with your new and improved handgun.

I own and enjoy shooting a original S&W M&P 9.  It is an easy gun to shoot both quickly and accurately.  It is good to see an established company like S&W listen to the market and work to make an already outstanding product even better.  If you are a fan of the M&P keep your eyes open and your ear to the ground.  If the gun remains as reliable as the original and delivers the promised improvements it may be a worthy investment or upgrade.