SHOT Show has finally come and gone, and there is finally time to take a deep breath and figure out what exciting gems may have slipped through the cracks. This release might be one of those gems, meet the Tactical Apex-Series Carbine Conversion Kit. Do you ever wake and think, “Oh man, I wish my Glock was a bullpup”? Me neither, but it’s still pretty nifty looking. Now, conversion kits aren’t a new invention. There are plenty of ways of setting up your pistol as a “rifle.” Still, the Meta Tactical Apex seems less of an addition than some kits and more total conversion, as the name suggests. Not just another Glock Conversion Kit, but why would you complain about that anyway? 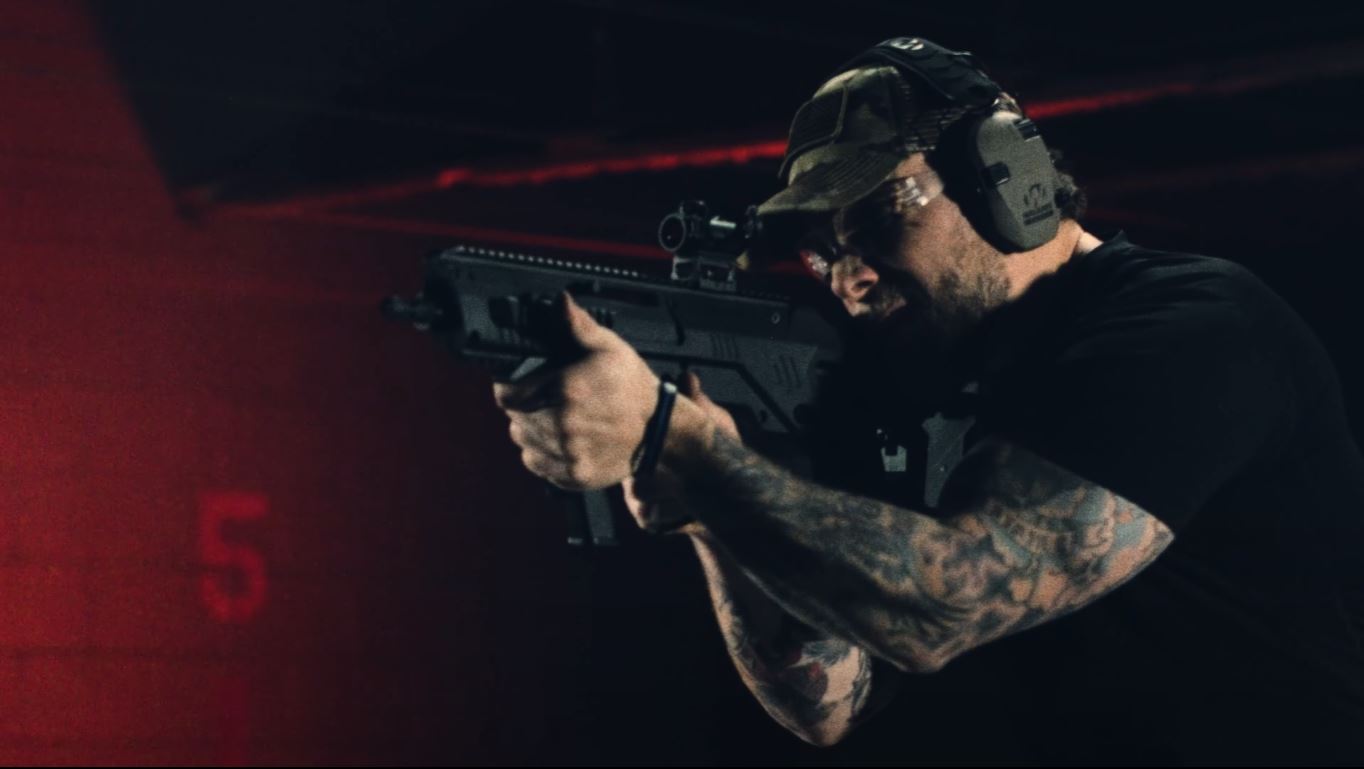 Meta Tactical claims to have built the first pistol to rifle bullpup conversion kit, and I am inclined to believe them. This Carbine Conversion Kit or CCK is supposed to help make sure you can shoot more accurately and from further away. So you switch out the barrel, throw your pistol into the back of the chassis, and get it all situated. Boom, you’ve got a rifle—a bullpup no-less. All while maintaining accessibility and legality. All the recoil shouldering, none of the felonies. It even comes with M-LOK slots to mount all manner of goodies outside the firearm. And it comes in four colors!

What pistols are supported? Is it a Glock Conversion Kit?

According to the Meta Tactical website, the Apex-Series Carbine Conversion Kit is compatible with the following pistols: Glock 17, Glock 19, Glock 21, Glock 26, Glock 34, M&P 2.0 (all 9mm models), P80, PF940v2, and the PF940C. Not too shabby of a lineup, hitting all the major Glock fanboys and catering to the dedicated Smith & Wesson crowd.

Our Travis Pike was actually on the ground at SHOT and got to get his hands on a Meta Tactical Apex. While Glock and S&W are the focus at the moment, according to Pike, they are looking to move into Springfield, 1911s, and more, shortly. More, the merrier! Especially for the non-Glock folks who don’t get nearly as much love. Pike even admitted to thinking it was stupid before getting his hands on Meta Tactical’s APEX. However, between the company’s founders explaining what the kit was all about and finding out how “light, handy, and very ergonomic…” it was, he seemed pretty pleasantly surprised. 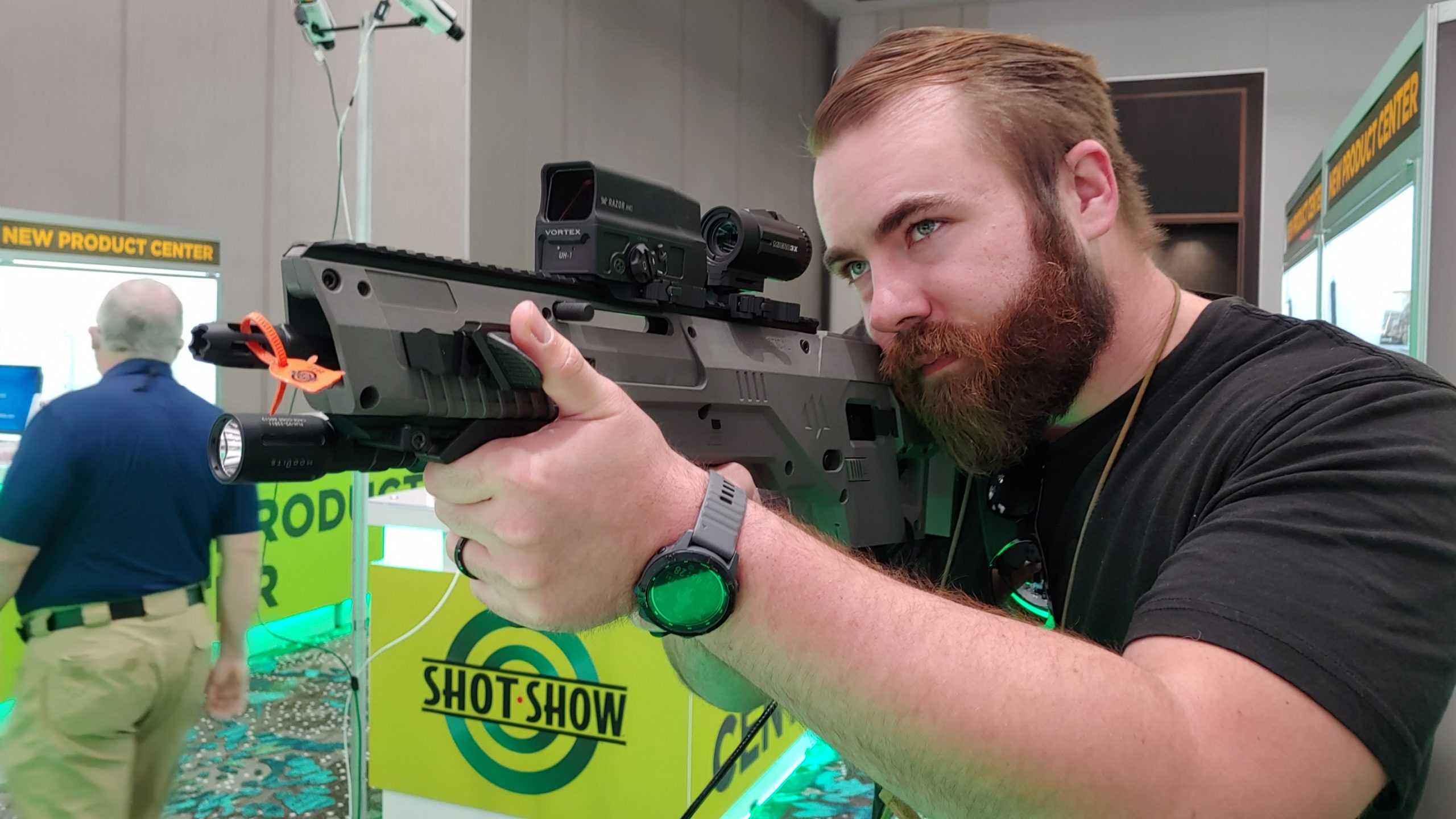 So what makes it different than some other Glock Conversion Kit? 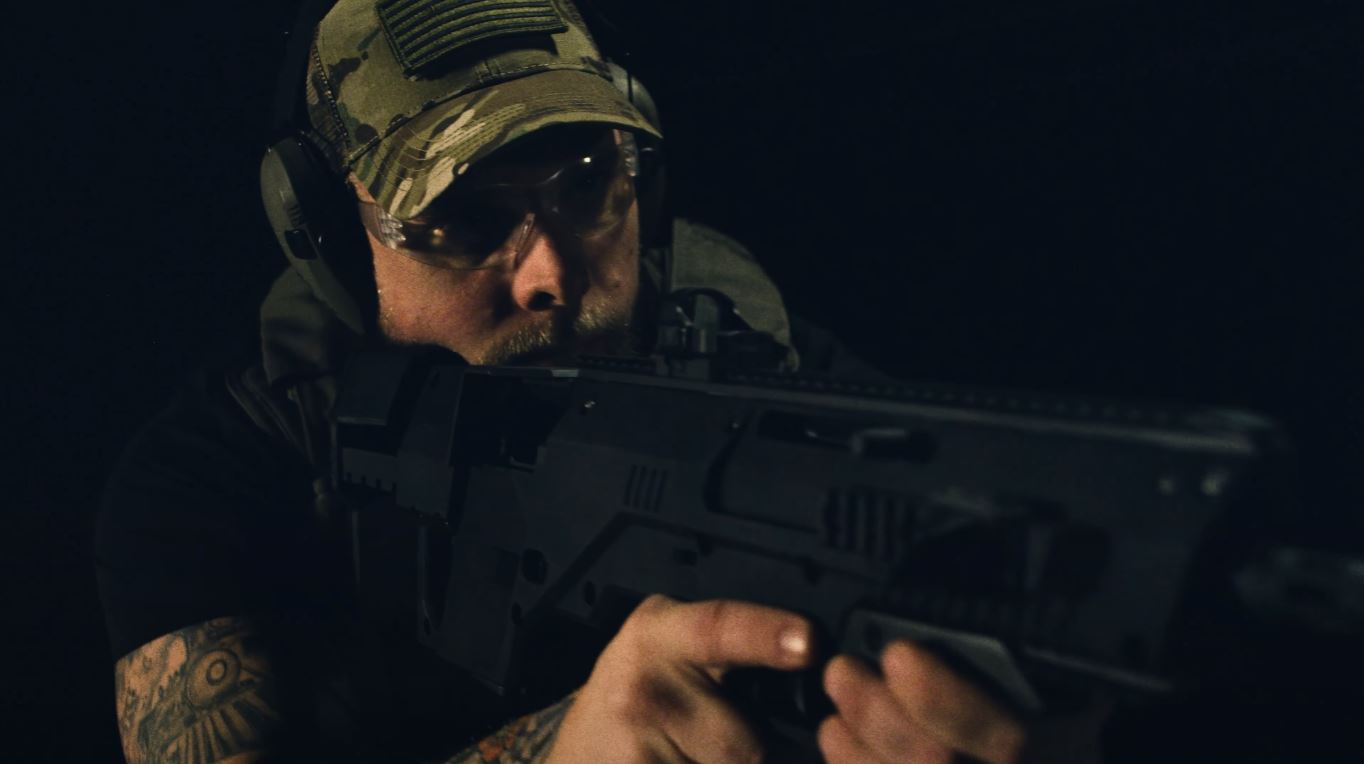 One of the things that impressed me the most when researching this article is the honesty that Meta Tactical brings to the table. So many manufacturers will claim their product is the end all be all and that it’s the latest and greatest with little regard to their predecessors. Yet, front and center in the promotional material, they mention how they are big fans of companies that helped create the conversion. They specifically name drop Micro-RONI, F.A.B. Defense, and Recover Tactical as inspirations and express their gratitude. They go on to mention regulators continued attempts to make it difficult for folks to access these products and even cite this as their inspiration for creating the Apex-Series. 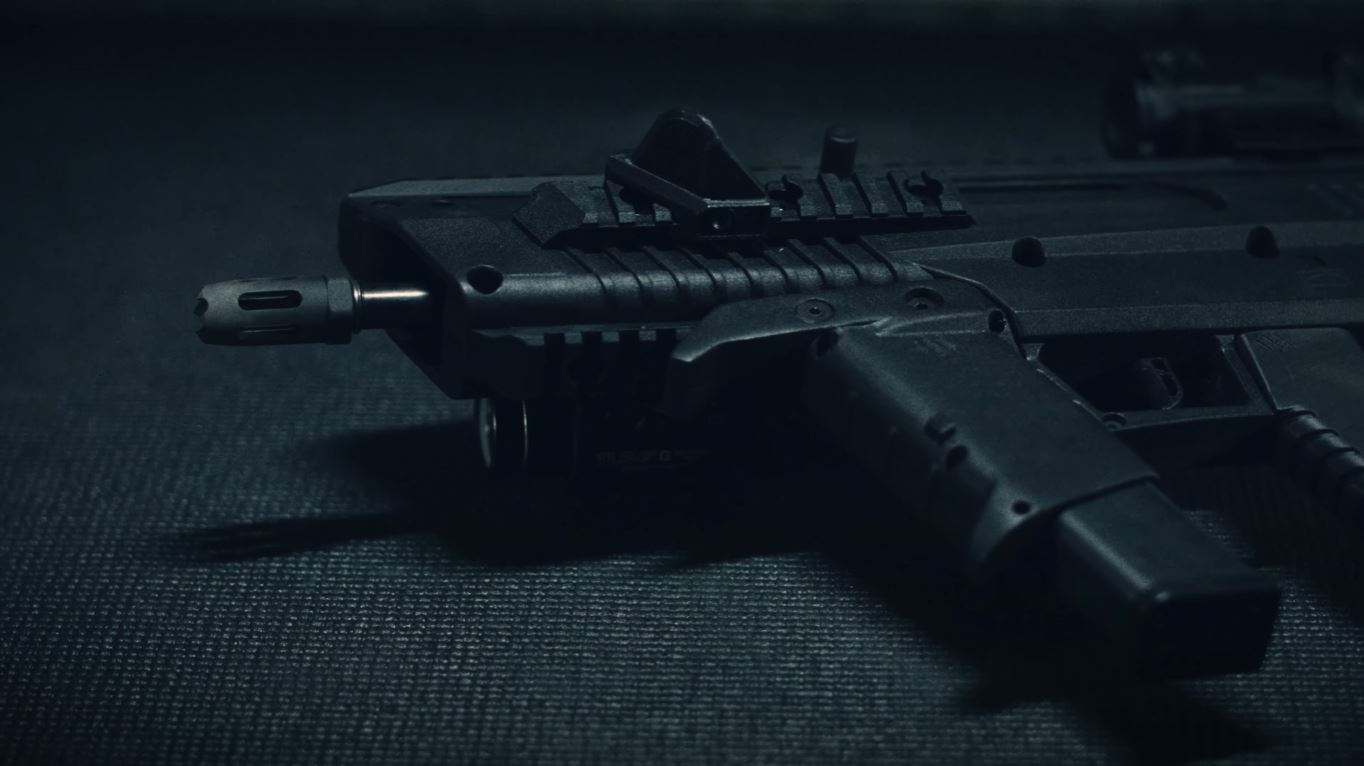 Since the Apex-Series rocks its 16″ barrel and complete chassis to hold and support the pistol, that means no tax stamp, just an excellent ol’ fashion conversion kit to get you what you need. There is less risk of owning the Meta Tactical APEX than other kits if the ATF continues to push for braces to be legally considered stocks. Although hopefully, that never ends up coming to pass.

So, is the Meta Tactical APEX Carbine Conversion Kit legal?

They’re selling it, so I’d hope so—but it is. Meta says APEX was designed with versatility and innovation while ensuring that it remained NFA compliant. It can get a little complicated, as some of you know when you add stocks to Glocks, and suddenly you’re a felon. For that reason, the Bullpup design lends itself to being a conversion kit. Since the pistol is so far back in the kit’s actual structure, it gets to maintain a full 16-inch barrel without being obnoxiously long. 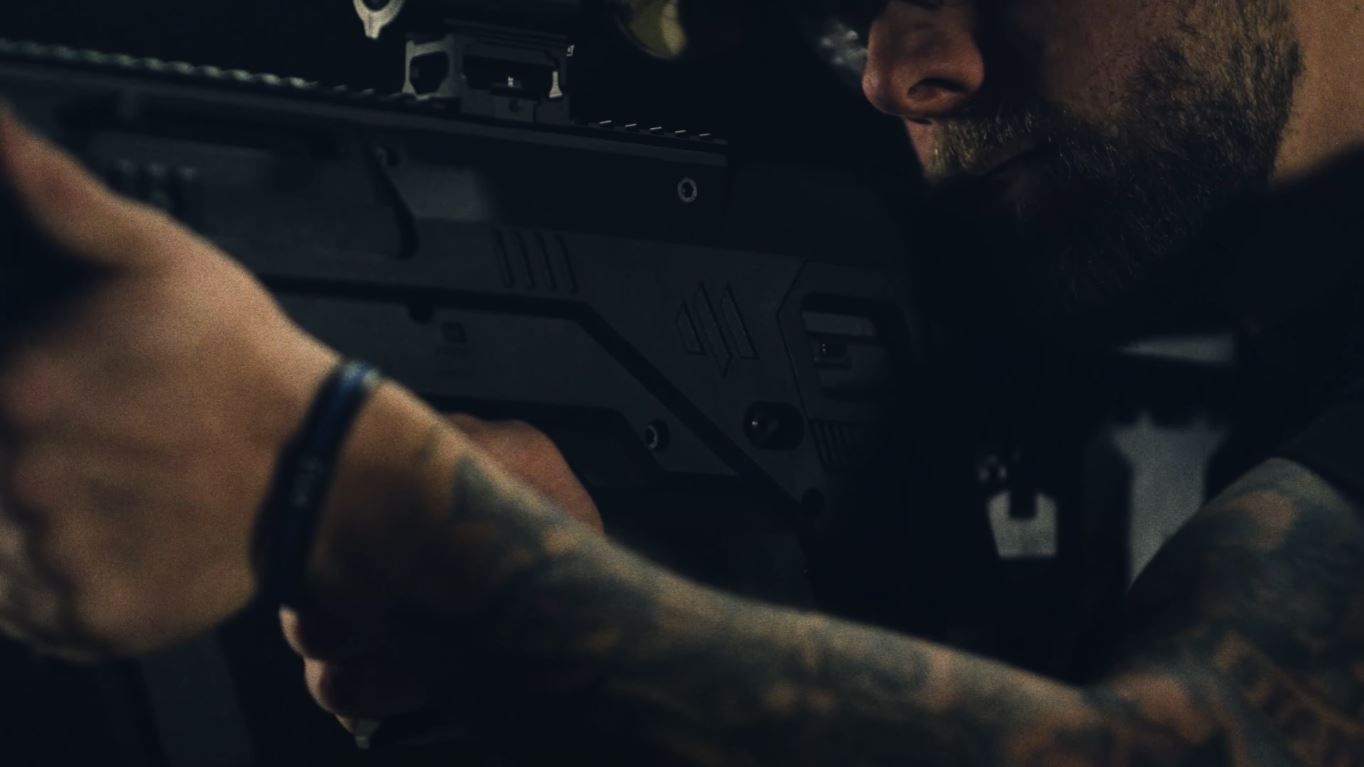 The Meta doesn’t use a brace or stabilizer, which the creators mention in their breakdown on their website. According to them, those braces and stabilizers have caused other micro conversion kits issues. Therefore, they are also not selling it as a firearm. Fortunately, it’s legally considered a rifle based on the previously mentioned 16-inch barrel after it’s assembled. 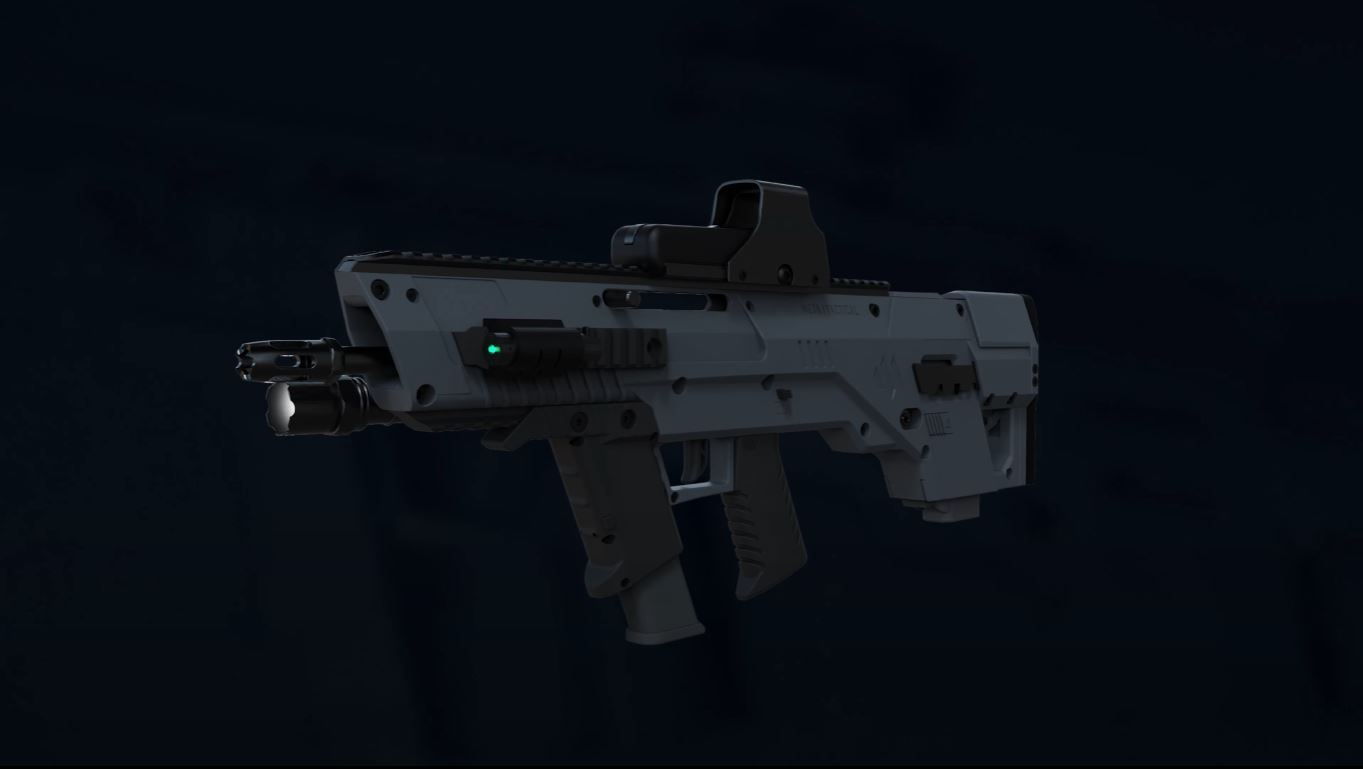 If you’re still worried about it, they even have the laws quoted on their website, which I will reiterate here. Here is the definition of a “short-barrel rifle” per 18 U.S. Code § 921.

(8) The term “short-barreled rifle” means a rifle having one or more barrels less than sixteen inches in length and any weapon made from a rifle (whether by alteration, modification, or otherwise) if such weapon, as modified, has an overall length of less than twenty-six inches.”

The ATF continues to propose anti-brace and stabilizer legislation trying to change how a “rifle” is defined. Here’s what Meta Tactical had to say about it: “The ATF has proposed new legislation that would amend the definition of “rifle” in 27 CFR 478.11 and 479.11, respectively, by adding a sentence at the end of each definition to clarify that the term “rifle” includes any weapon with a rifled barrel and equipped with an attached “stabilizing brace” that has objective design features and characteristics that indicate that the firearm is designed to be fired from the shoulder…”

So TL;DR — the Meta Tactical Apex is a safer pick than most options since it follows much more standard Rifle guidelines according to the ATF. While more Gun control isn’t preferable, it can’t hurt to be a little more prepared when you’re trying to stay on the right side of the law. 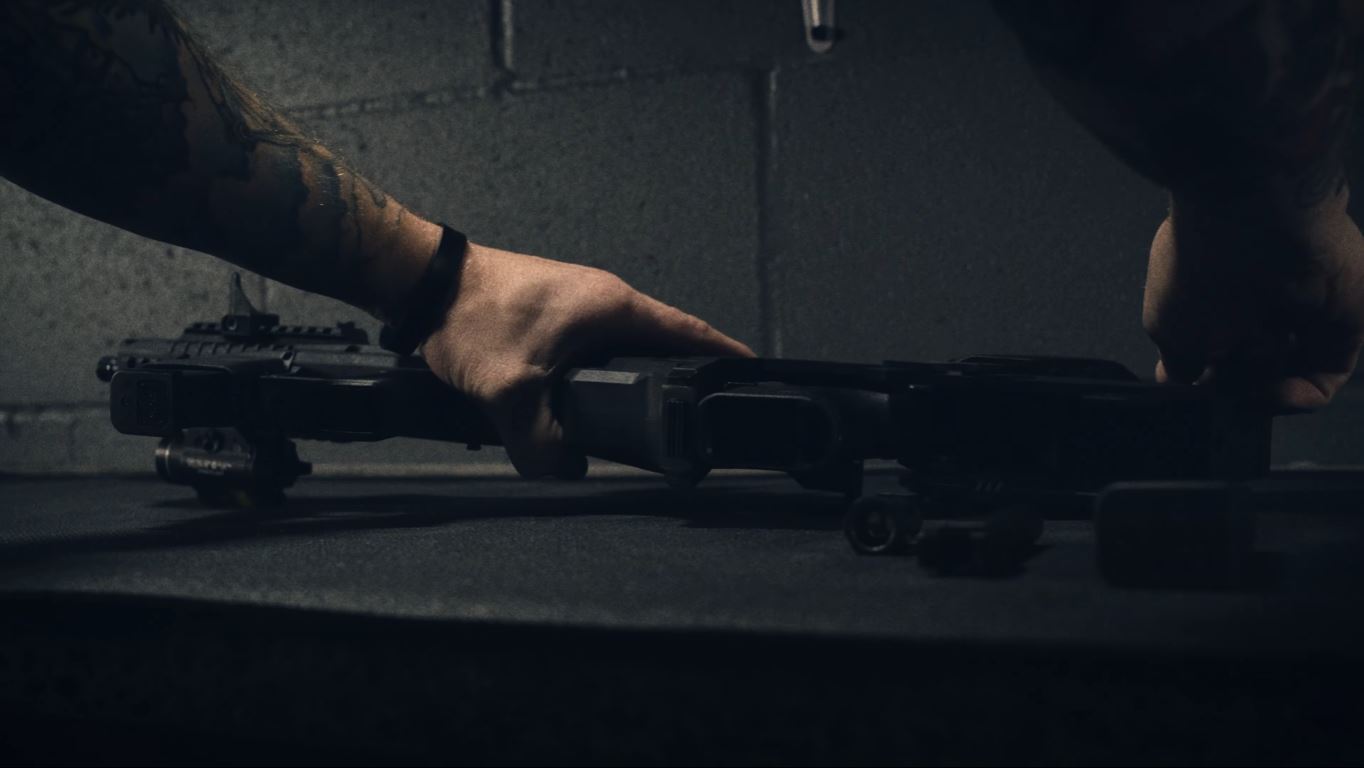 How and when can I get a Meta Tactical APEX?

Head over to their website at www.metatactical.com if you’re interested in pre-ordering it. Unfortunately, at the time of this writing, the Meta Tactical APEX is not available yet. Still, all orders placed before February 13th, 2022, are supposed to ship on February 14th, 2022. They’re even offering a “SHOT Show special” through that February 13th Date. The special price is $599.99, including tax and shipping for all orders placed. However, as soon as February 14th comes around, shipping bumps up to $14.95. It also has a two-year warranty for those that are into that sort of thing.