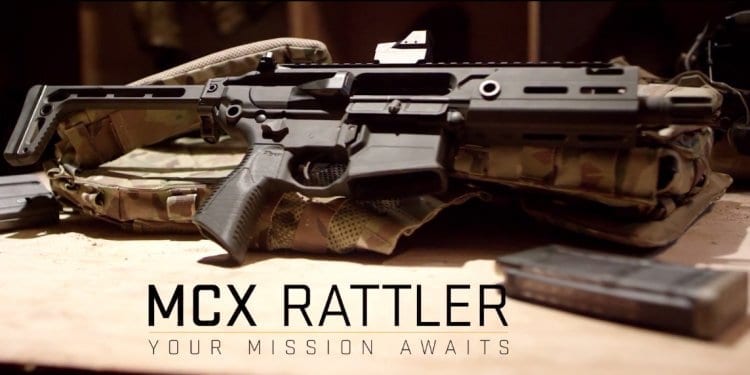 Want a discrete weapon system in 5.56 or .300blk that can fit inside a backpack? Introducing the new Sig MCX Rattler.  If a MCX Virtus pistol/SBR is an MP5, then the MCX Rattler is the MP5K equivalent. This gun is tiny. It is Sig’s new PDW platform in the MCX Virtus line. It boats a mere 5.5″ barrel with a short stroke gas piston system. The receivers have been smoothed out to minimize drag.

Rapid deployment, thin, agile, and precise. This is the MCX Rattler. Featuring a 5.5″ PDW barrel, the MCX platform has never been more compact or accessible. Ready to go where-ever it’s needed, the MCX Rattler has a thin, foldable stock for easy concealment and stowage. This gun was designed from the ground up to be as discrete as possible while retaining all the capabilities of the MCX. Free-floating M-LOK handguards matched with a PDW upper and a PDW Ultra Thin Folding Aluminum Stock, the MCX Rattler SBR is the ideal choice for fast-moving operators.

The Virtus SBR is a rather small weapon with a 9″ barrel. It comes with the folding adjustable stock and is equipped with a forward assist and brass deflector.

The MCX Rattler does not have a forward assist and the brass deflector has been reduced. The grip has been changed to a K style grip. The grip angle is more vertical and more ergonomic for a smaller weapon that is physically closer to the chest.

Sig will also be releasing the Rattler as a pistol variant. They are a bit pricey with an MSRP of $2,719.

Here are some screen shots of the Rattler from the video above. 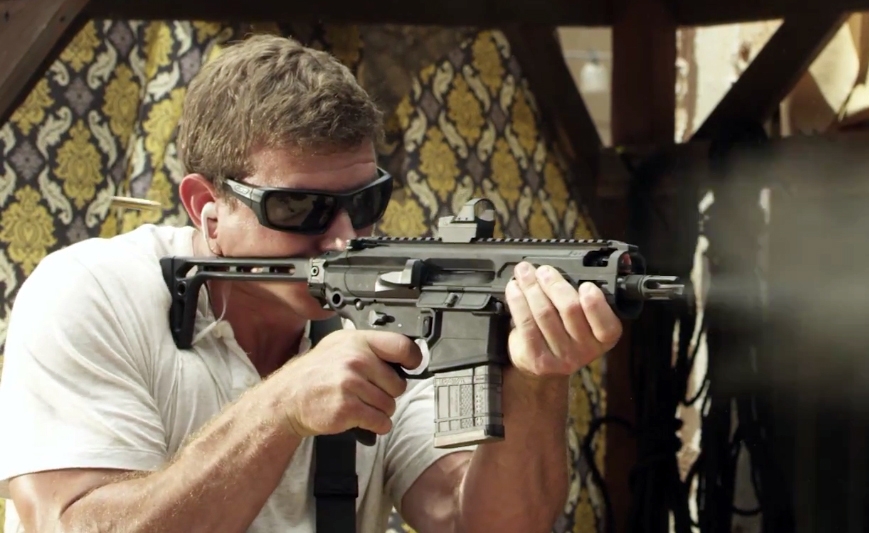 The Rattler only comes in .300blk however there was an ad that mentioned 5.56 caliber as well. With an MSRP of $2700 and a possible street price around $2000-$2200, this will be a bit more than your standard AR pistol. However it offers features that AR Pistols cannot provide. Such as a folding stock and the Rattler can be fired with the stock folded. Yes you could get a .300blk pistol with a LAW folding adapter but it is not the same nor as compact. Also the LAW Adapter only allows a single shot to be fired while it is folded.  With the gas system you should be able to easily suppress the Rattler for sub sonic .300blk and hav an extremely quiet suppressor host. I am not sure if an AR pistol will cycle with such a short barrel and gas system.

It will be interesting to see the MCX Rattler perform in person. I can’t wait to try one out. Even with the high price tag, I still want one.