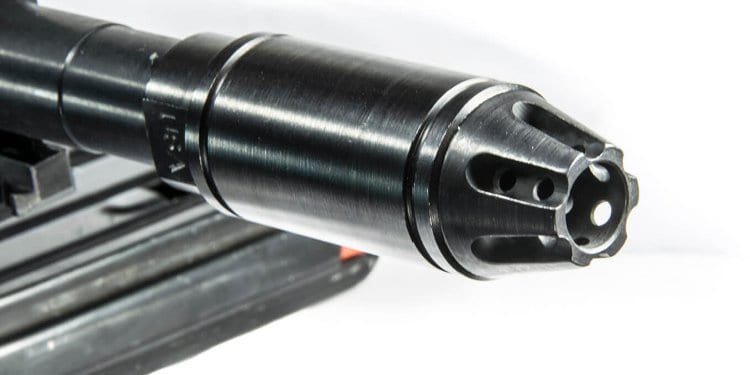 One of my favorite aspects of the AR-15 (and arguably a huge contributing factor to its popularity), is its modularity. Switching uppers on an AR can change not only its overall length, but also its caliber and operating method. Hell, not too long ago we saw the introduction of the WPA Wolf A1 upper, the civilian variant of the T91, piston-driven Taiwanese rifle.

Given the platform’s incredible popularity, it’s only natural that accessory companies would apply the same successful philosophy to aftermarket AR parts. One company in particular excels at applying this modularity to its products: Manticore Arms.

An incredibly fast-growing and agile company out of Elburn, IL, Manticore has been producing unique, high-quality modular accessories for both the AK and AR for years. While they made their name building some truly awesome AK components, their AR accessories are no slouch either. 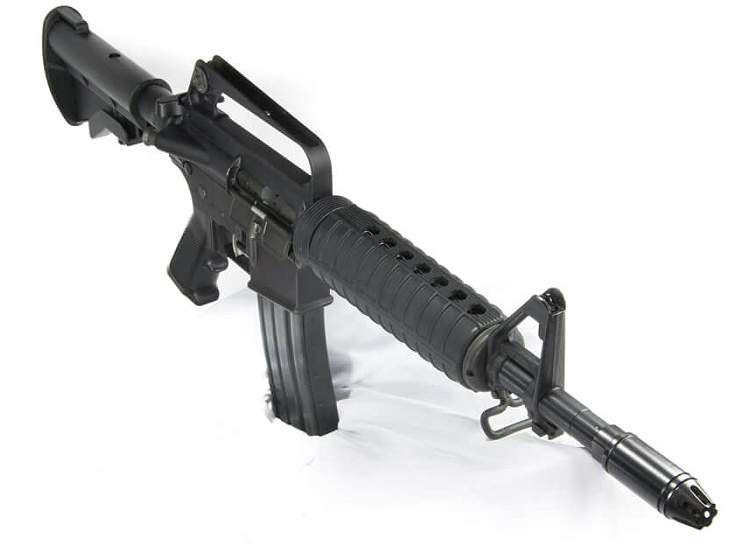 A few years ago, they introduced the first fully modular AR handguard capable of accepting Picatinny, M-Lok, and KeyMod accessories called the Transformer Rail. Like the AR-15, the Transformer was designed to be mission-adaptable. The Transformer Rail was so successful that some companies have begun offering it on their factory guns.

Manticore Arms owner and lead designer, Sven Jonsson, took this principle and recently applied it to a new modular muzzle device – the Afterburner.

The Afterburner muzzle device is, at its core, a linear compensator.

Inspired by the Bulgarian AK-74SU linear comp, the Afterburner is a muzzle device that reduces felt recoil and diverts the muzzle blast away from the shooter’s face. This was a must on the Bulgarian AK, as it’s short barrel wasn’t sufficient to ignite all the 5.45mm round’s powder, resulting in a massive fireball.

Which is unusual for a submachine gun.

Wait, did I just refer to the 5.45x39mm AK-74SU as a submachine gun, when it’s clearly chambered in a rifle cartridge?

Yes, but not because it fits the Western definition of a subgun, but rather the Soviet/Eastern definition. The Soviets and their satellite countries often referred to short-barreled, fully-automatic firearms as submachine guns because it was used in the same capacity as an SMG.

Just as the Soviets had deployed their PPS-43 and PPSH-42 sub guns to both armored infantry and shock units engaged in room-to-room urban fighting, for the same purpose had their engineers conceived this miniature AK-74.

Lessons learned fighting against the Mujahideen in Afghanistan proved this little, “сука” to be quite potent at medium distances as well, but the gun had already been classified as such. But unlike true pistol-caliber SMGs, the 74SU didn’t ignite the majority within the length of its barrel, leading to a huge muzzle blast. 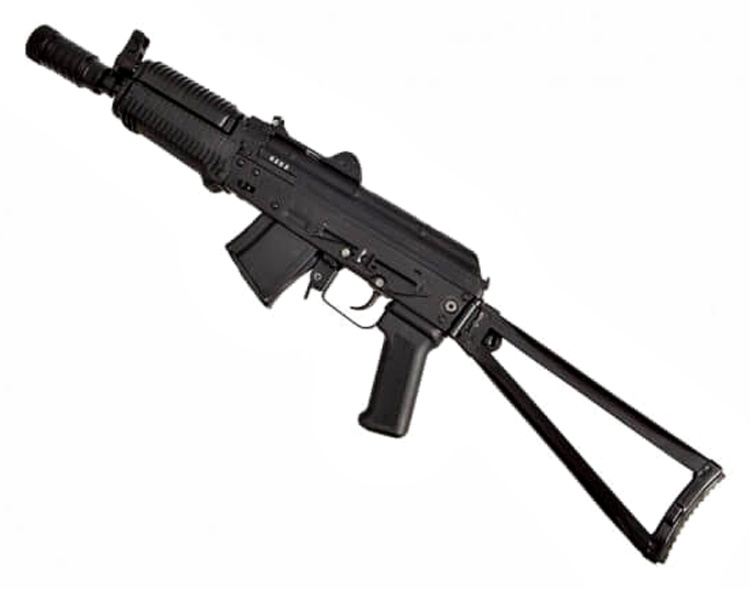 On a shooting range, a massive fireball/muzzle blast is fun and exciting, but for soldiers fighting in reduced light, the blast is temporarily blinding. Because of this, the Bulgarian comp had to be incredibly effective.

But Manticore’s Afterburner isn’t simply an adaptation of the Bulgarian muzzle device. Instead, it takes the design and expands its efficacy by permitting the user to configure it into one of three different muzzle devices.

In its original config, it’s a linear compensator – it simply reduces the rearward push of the gun’s recoil.

By threading in an additional compensating nozzle, the linear comp becomes a more traditional compensator, making it more effective at taming recoil than the standard setup. In fact, it does such a great job that when mounted on a handgun, it causes the gun to short-stroke.

Yes, you read that right. The 1/2×28 TPI Afterburner is bored out to 9mm specs, so it can be used on 9mm carbines like the Ruger PC9, threaded MP5 clones, and even 9mm handguns like the Glock 19. 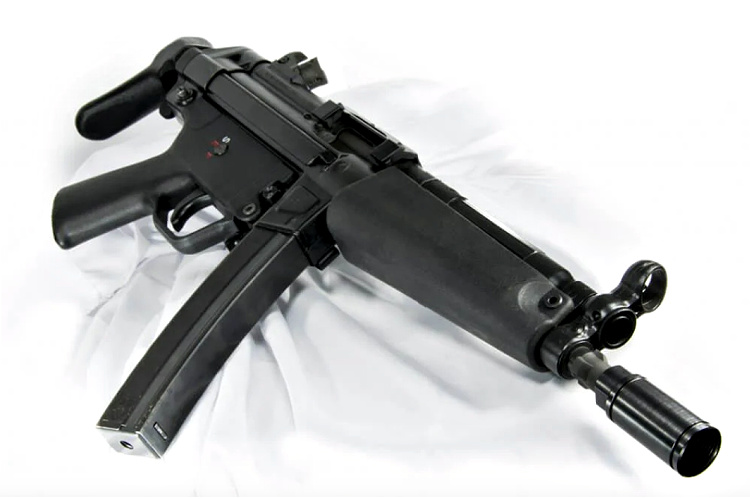 The 3rd attachment is a flash-hider tip that, as the name implies, reduces the muzzle flash. This one to me is the least appealing, but that’s only because if I want to reduce muzzle flash on my AR, I’ll just attach my SilencerCo Saker sound suppressor.  But given the price and wait associated with NFA items, this is a much more time and cost-effective option for shooters with particularly “blasty” guns.

How About Testing and Performance?

In testing, the Manticore Arms Afterburner Linear Compensator was tremendously effective on .223 SBRs. I put the standard version on a 10.5-inch barreled Colt Commando style clone, and it dramatically reduced the visible blast at the muzzle from the shooter’s perspective. 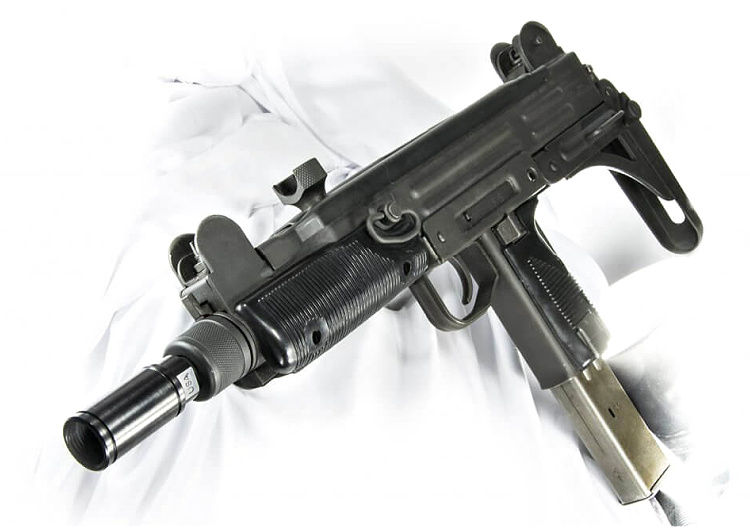 To get a real sense of how well the compensator works, I took the aforementioned Commando clone out to my personal range at around 6:30 pm. In the fading light, the muzzle blast was substantially more noticable. But to get a less subjective result, I took out a Nikon D5300 Camera with the exposure set to 1/2.5, which is a very lengthy exposure time. I tested the gun with all three configurations and without anything installed at all.

All testing was done with Winchester’s 55gr 3-gun competition ammo which is loaded to specs that closely resemble military 55gr ball ammo.

The standard configuration AfterBurner was pleasant to shoot at night. It dissipated a significant amount of the blast away from the shooter and avoided serious night blindness. 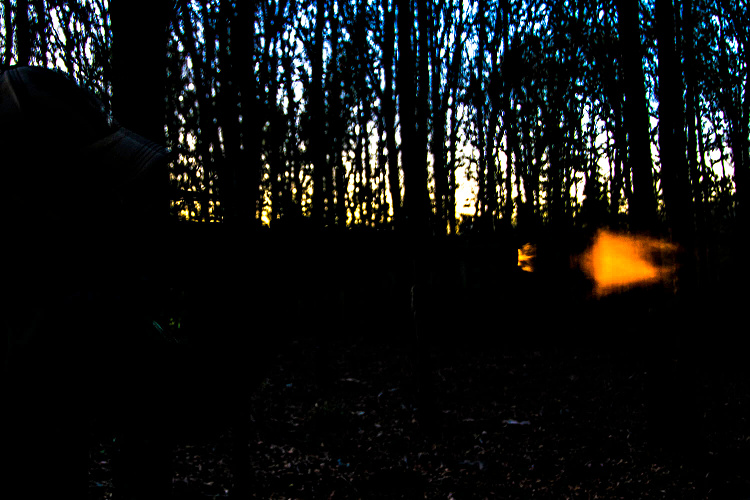 With the compensating tip installed, recoil was substantially reduced, but conversely, the muzzle blast was immensely magnified to the point where it looked like a James Cameron movie. 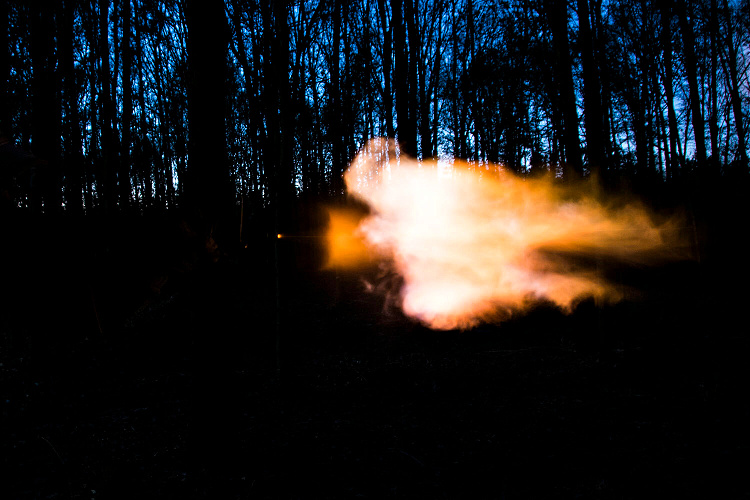 …and with the double compensator installed.

Meanwhile, the flash-hider tip did a great job of reducing the muzzle signature both during the day and at night. 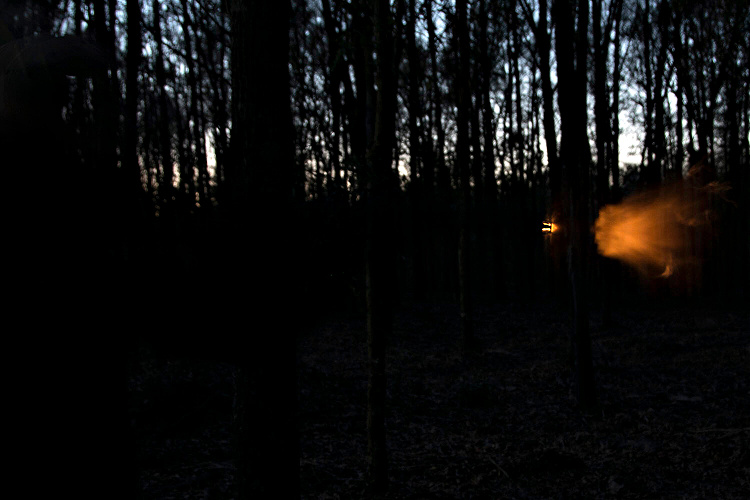 …and finally with the flash hider tip installed.

The amount of escaping gas was unchanged, but it was diverted forward instead of equally in a large circle. This results in the blast appearing much larger to those forward or perpendicular to the muzzle, and by increasing the volume of the shot to these same people. By extension, this makes the volume of the shots quieter to the shooter, which in turn, reduces the perceived recoil of the gun as well.

Alternatively, when mounted on a 9mm carbine like my personal MPXK or an MP5 clone, the Afterburner barely reduces felt recoil at all — though this is most likely because those guns have so little to begin with.

Overall, the Manticore Arms AfterBurner is an excellent choice for shooters running either SBRs or simply overly “blasty” handguns like those chambered in 7.62x25mm. Plus, it looks like an F-14’s thruster, so I can live out my Top Gun fantasies on the range.