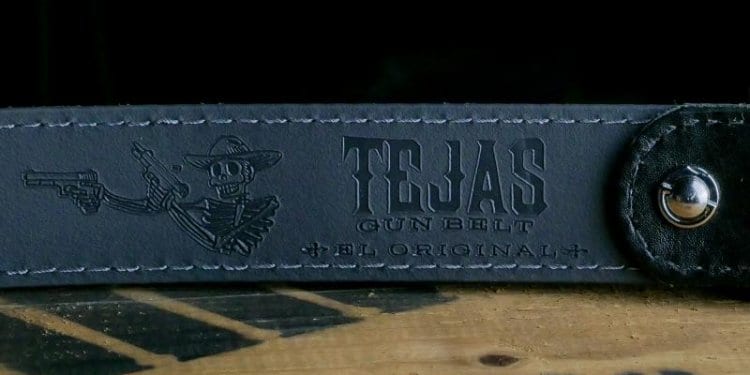 Recently I found myself in need of a decent looking gun belt.  In general, I carry AIWB with an untucked shirt.  In addition to concealing my handgun and my spare magazine, my untucked shirt also covers my belt.  The result is that most of the time the appearance of my belt is virtually irrelevant.

Most of the time.

Then I needed to attend a somber formal event wearing a suit and tie.  My normal setup just wouldn’t work simply because the heavy tactical webbing belt wasn’t going to match my suit.  I had some old leather gun belts and turned to one of them to help me through the occasion but I found the belt to be lacking and it made concealing my handgun more difficult and less comfortable.

I had to plan for the next formal event and when I arrived back home as I don’t like to be caught unprepared. So I ordered up a Magpul Tejas to see how well it was up to the task of supporting my gear while looking decent. As a result I wrote extensively about The Tejas El Original and the best concealed carry belts at Safety Solutions Academy. You can read my post here.

Magpul is traditionally know as a polymer magazine manfacturer since they debuted with their PMag more than 10 years ago. Magpul has continually expanded into other magazines for a variety of guns including GLOCK magazines and now into accessories and clothing like belts.

What is a Gun Belt?

Your concealed carry belt is the foundation of your concealed carry system. Having a quality gun belt means the difference between a positive experience with concealed carry or frustration. A solid gun belt increases comfort, the ability to conceal and helps you to reliably gain access to your gun when you need it most. In short, a good belt is the difference between carrying your gun or not and being able to access your gun when you need to most. When you frame it like that, the belt plays a more important role than just holding your pants up.

Over the years I have come to find that there are some specific attributes that elevate a gun belt to quality status.  For me, the qualities that make a difference are rigidity, sizing and hardware.

Let’s face it, a good concealed carry gun belt has a lot of work to do.  My belt holds up my drawers, a fully loaded Smith &Wesson M&P 9 Full Size, a spare 17 round M&P 9mm magazine, a S&W 442 J-Frame revolver, an Elzetta Bravo flash light, a Spyderco Endura 4 folding knife, two wallets, an iPhone 7+ and a hefty set of car keys. All told, that is more than 8 pounds of gear.

Now 8 pounds of hardware doesn’t seem like a lot but keep in mind, most belts have a hard time holding up just your pants.  Add in a couple of guns and a reload and you are significantly increasing the seriousness of the task. 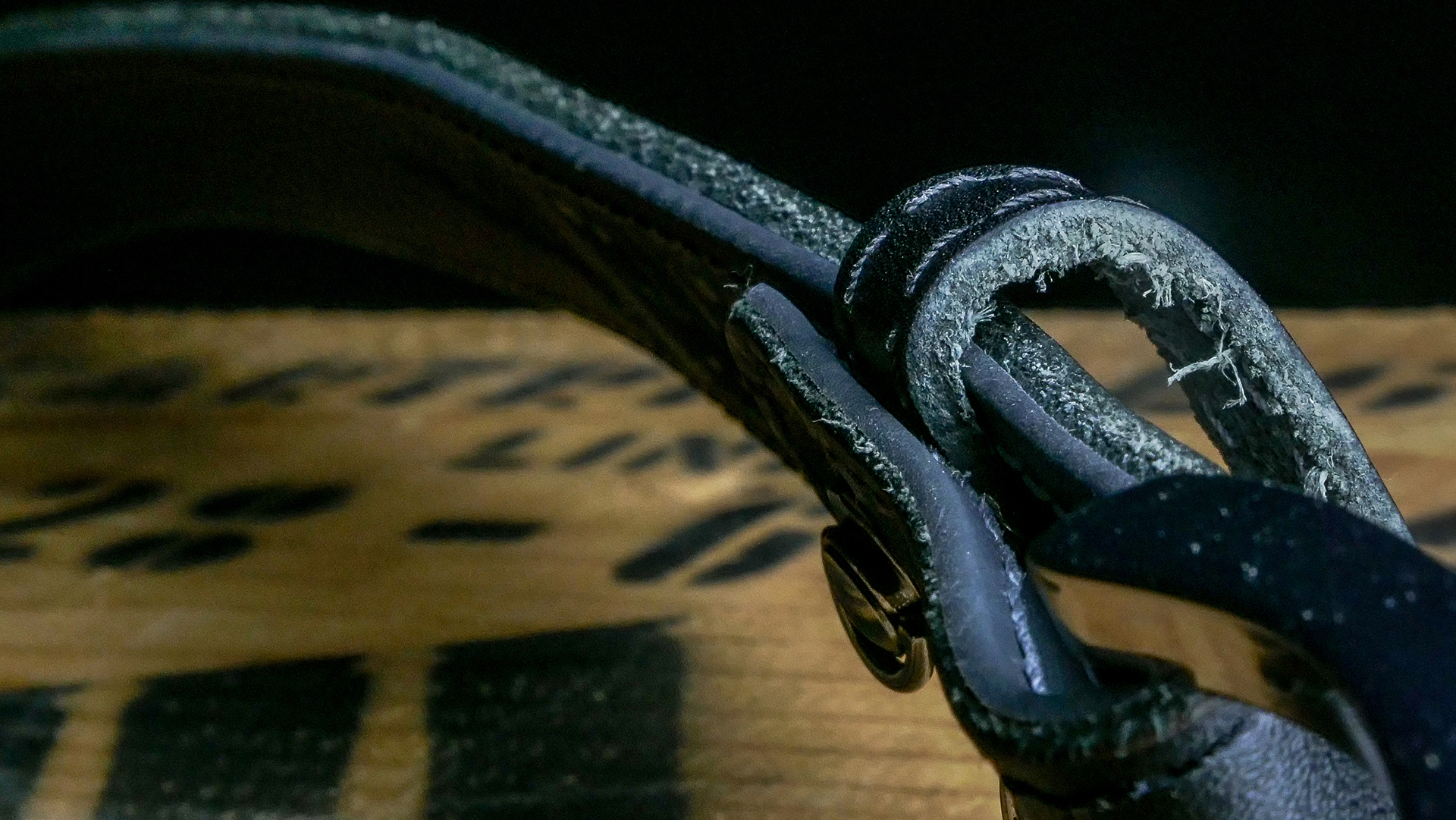 Rigidity of the belt helps in two ways. First, it helps to distribute the weight of your gear evenly out around your entire waist.  This helps to relieve pressure points from the belt sagging under the load in certain areas.  The belt’s rigidity also aids in keeping the gun where it belongs. A stiff belt keeps the gun from drooping, the grip from rolling out or bouncing around when you move.  This is an important part of both comfort and concealment.

The Magpul Tejas El Original deals with rigidity seriously.  The belt is a 1.5” full grain leather outer matched with a polymer inner belt to add stiffness. The two layers are stitched together so that the belt looks good at the same time that it does its work. All told, the belt is stiff. Because of the polymer layer the Tejas resists bending and twisting which is important for both comfort and concealment.

In my opinion, you can count on the Tejas to stand with the stiffest of belts.

A belt’s sizing is important in several ways.  First and most obviously, a belt needs to fit its owner.  If you have a 38” waist and order a 38” belt, it would be nice if the belt fit. Things don’t work quite that way. Refer to Magpul’s sizing information before you order to make sure you get the right size.

In addition to fitting around my waist, I also prefer a belt that I can really fit in different circumstances. Simple things like swapping to a different holster can change the fit of your belt. Traditional belts allow for adjustment through a series of holes that tighten or loosen the belt and the Tejas follows that age old method of adjustment with 8 holes at 3/4” intervals. The adjustment method is adequate but I prefer belts that allow fine adjustments that typical belt buckle and hole designs won’t allow. A simple change like tucking your shirt in can lead to a belt that is too tight or too loose.

Your concealed carry belt also needs to fit your holster loops.  The belt’s width and thickness can make a big difference in how securely your holster mates to your belt or if it does at all. As belts makers seek more rigidity, sometimes the thickness increases to the point of problems.  The Tejas El Original  attacks the rigidity issue with a layer of polymer stitched to the bullhide upper.  The rigidity is achieved without unreasonable thickness.  The 1.5” soft loops on my Darkstar Gear holster clasp securely around the belt although it can be difficult to latch the pull-the-dot style snaps at times.

The Tejas is available in 1.5” and 1.25” widths to provide you with options based on holster loops and style preferences.  I haven’t tried the 1.25” belt so I can’t comment on its suitability for concealed carry.

Another area of fit that is important depending on the method of carry that you employ is the thickness of the belt where it overlaps around the buckle.  The Tejas is quite thick and since I carry AIWB I have to orient my belt so that the buckle is on the left side of my body.  This is the traditional way that men wear their belts so this won’t be an issue for most, but it rules out the idea of carrying buckle to the right which would allow the tail of the belt to cover the soft loops of my holster. 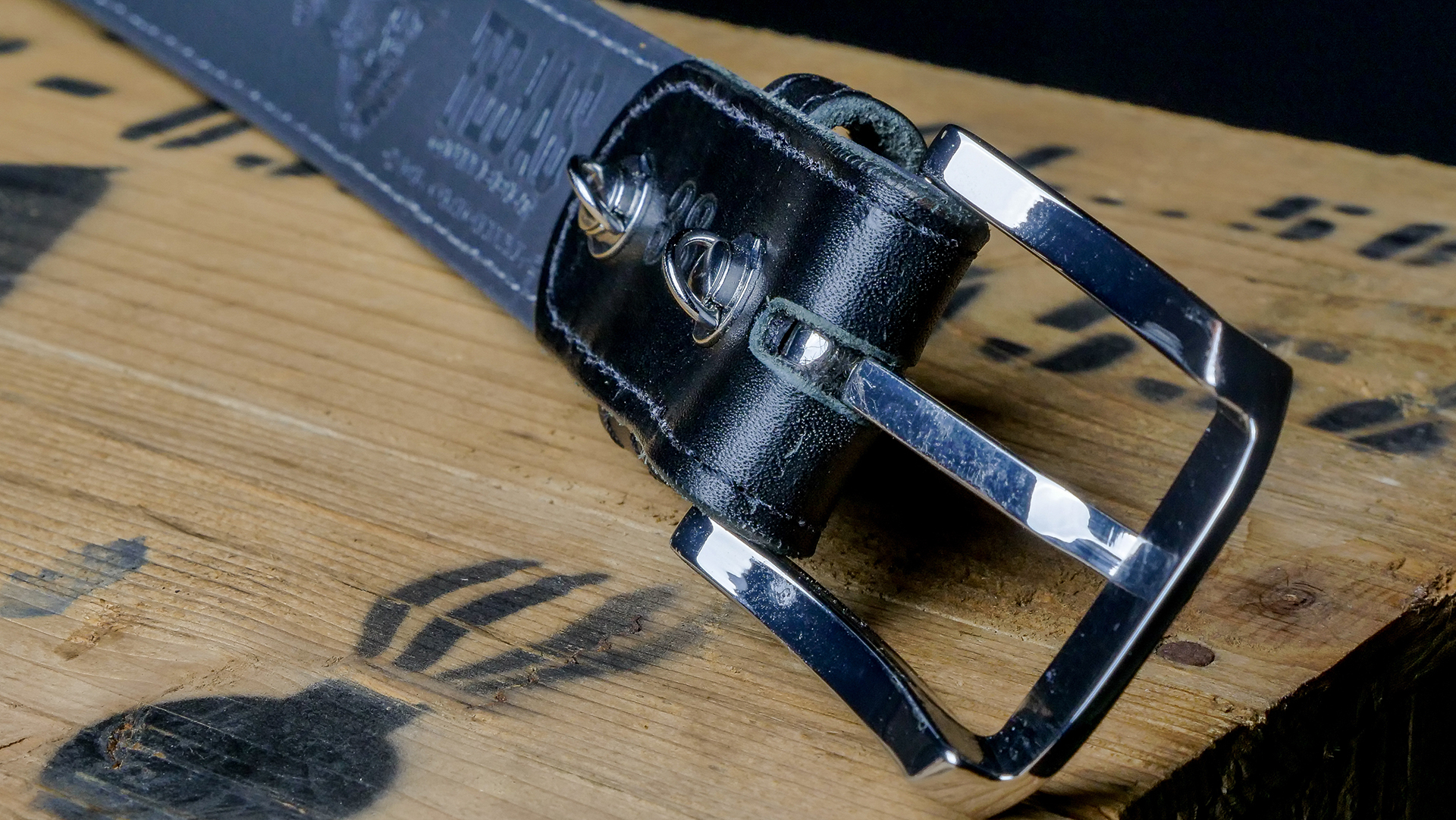 A belts hardware is important as it keeps everything together in one piece and to some degree determines the adjustability of the belt. The hardware needs to be easy to use so that belt can be put on and taken off with ease and adjusted when necessary.  The Magpul Tejas comes with chrome plated hardware that seems plenty hefty for the job at hand. A rather unique feature of the Tejas is the Magpul branded fasteners that hold the two belt layers together after wrapping around the buckle. Instead of needing a screwdriver or coin to open the fasteners, Magpul has incorporated a set of toolless screws that use simple flip up handles to tighten and loosen the screws.  If you are a buckle swapper this means you can easily and quickly swap your buckle without a need for tools.

The bottom line on the Tejas hardware is that it is easy to use and it is solid. 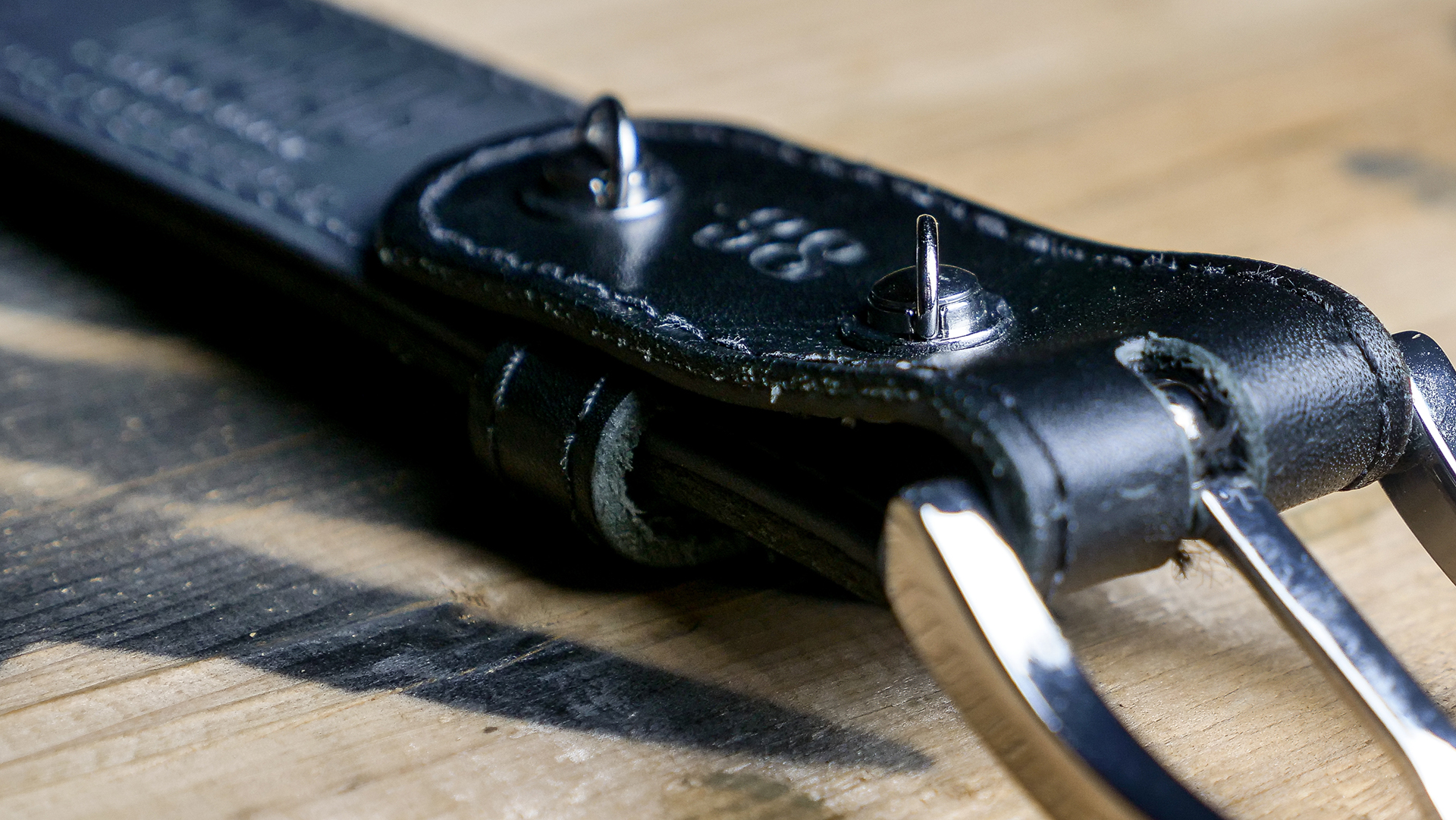 The Tejas El Original and the rest of the Tejas line are made in Texas and provide a stable platform for your concealed carry handgun and accessories. The Tejas Original has a good looking bullhide exterior and a stiff and supportive reinforced polymer inner.  The two layers are stitched together for a robust belt.  The Tejas El Original is available in 1.5” and 1.25” widths and in three colors; Balck, chocolate and light brown.

Magpul has a tendency to get things right especially when it comes to polymer.  The Tejas series of belts seems to be no exception. Even though belts are a departure from magazines Magpul has delivered a solid belt in the form of the Tejas El Original.  Although the belt isn’t perfect, it has won a spot as my gun belt when I need to get gussied up.  Maybe the El Original would be a good belt for you as well.