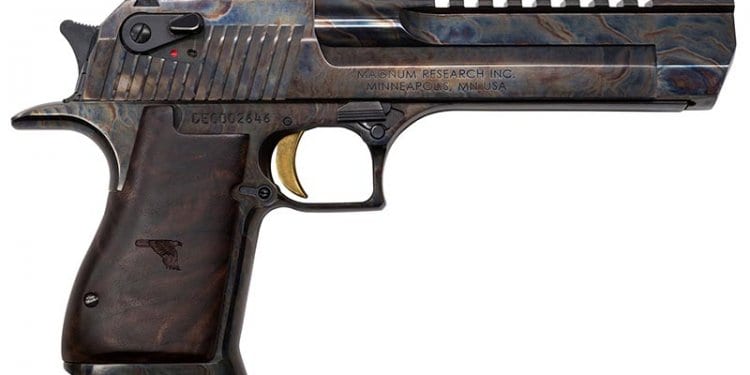 Ever since the pistols went into production during the 1980’s, the Desert Eagle has captured the hearts of many shooters who want the “biggest, baddest” handgun.

The appeal is understandable. The unique Desert Eagle pistol seems larger than life and is chambered for powerful cartridges The guns can be seen throughout pop culture including movies such as The Matrix and Deadpool, TV shows like the Walking Dead and the video game series Grand Theft Auto, Far Cry and Call of Duty. 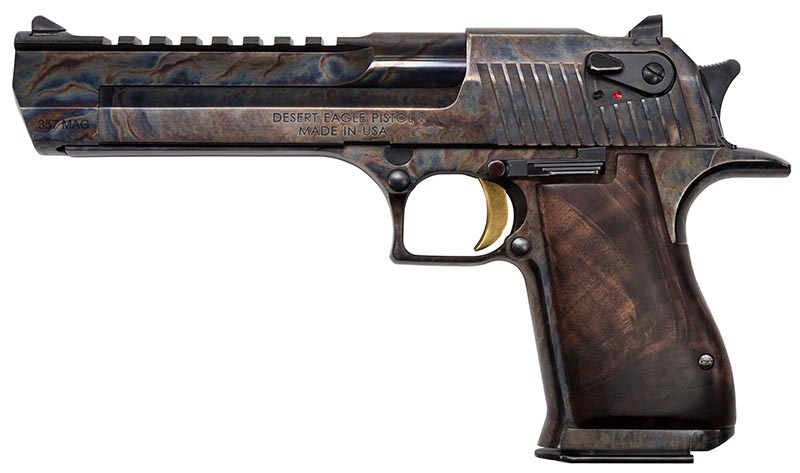 Originally developed by Israel Military Industries (IMI), the guns are gas operated and can be chambered for calibers up to the .50 AE (Action Express.) Over the years, the Desert Eagle pistols have been offered in other chamberings including the .357 Magnum, .41 Magnum and .44 Magnum in addition to the fairly rare .440 Cor-Bon round.

Here in the United States, Magnum Research continues to update the Desert Eagle line of handguns. The latest offering is a beautiful new gun that gives the modern pistols the look of old world craftsmanship.

The new Case Hardened Desert Eagle pistol features fresh styling that many shooters will like. The frame, barrel and slide all have a case hardened finish on them. To protect that finish, Magnum Research has a clear coat applied over it. 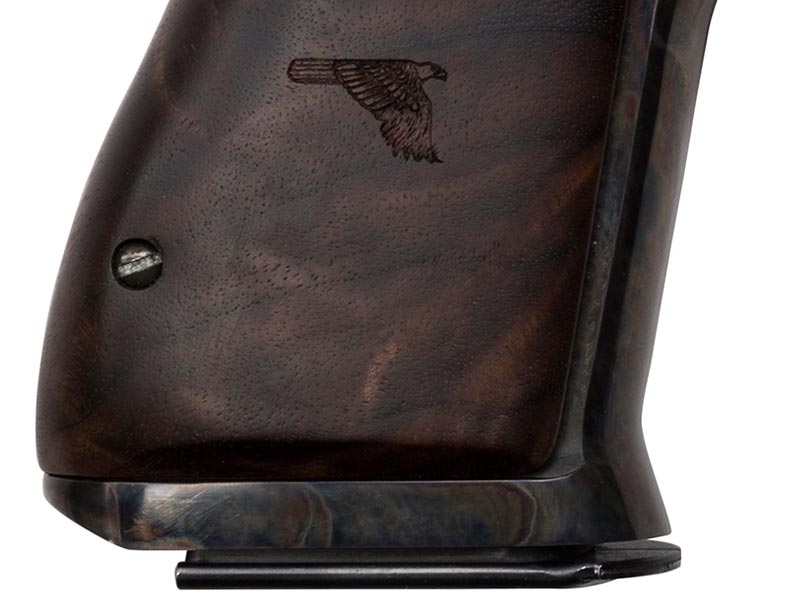 Matching the case hardened finish is a set of laser engraved walnut grip panels. These panels have the company logo on them. A gold plated trigger adds a splash of sparkle to the guns. Also included with the gun is a set of Hogue rubber grips for regular range practice.

The guns are the Mark XIX design with the Picatinny rail on the top for the addition of an optic. The barrels are 6” long and weigh in around 4.5 pounds unloaded. Each gun comes with a single Desert Eagle magazine. 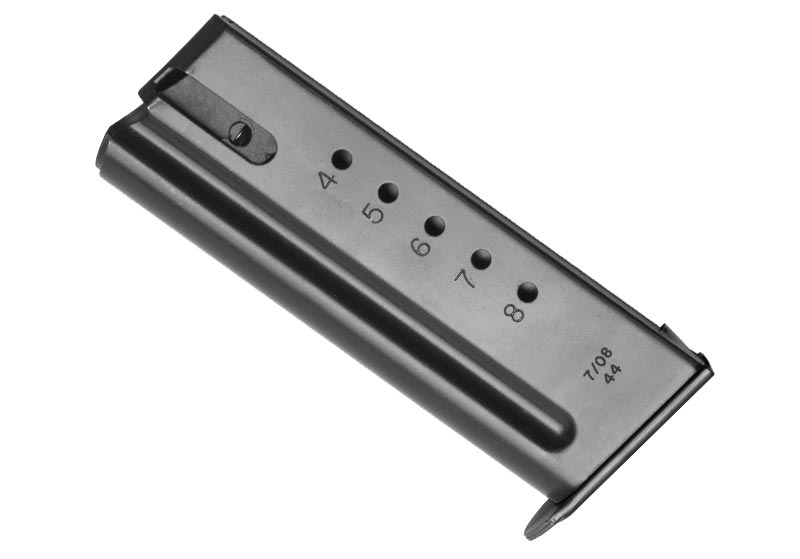 Magnum Research is offering the new Case Hardened Desert Eagle in all three of the current production calibers: .357 Magnum, .44 Magnum and .50 AE. Magazine capacities are 9, 8 and 7-rounds respectively. All three guns will have a suggested retail price of $2,278.