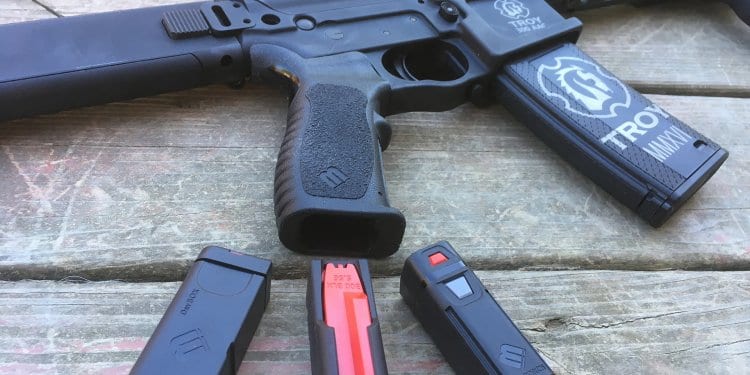 MagnetoSpeed has made a name for themselves with their barrel mounted chronograph. 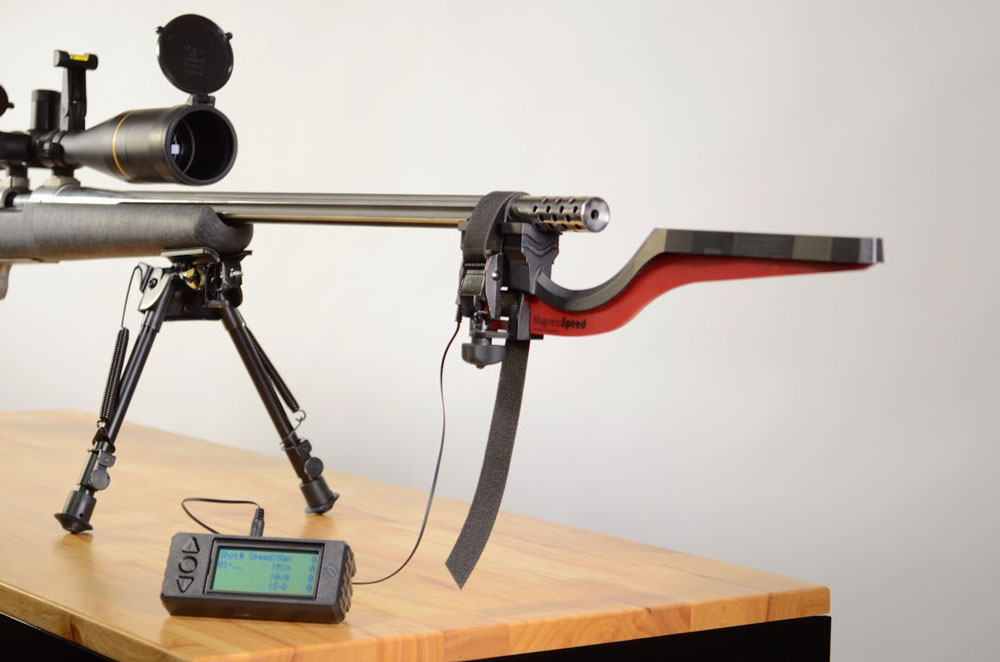 Well now they have begun to make AR-15 accessories. Some of the guys at MagnetoSpeed compete in PRS matches. They like to use gas guns like the AR and so this grip sort of came out of their needs in competition.

The M-Series Grip is similar to the Magpul AR grips that used to have storage inside the grip. There are other grips like my Troy Battle grip that has a door in the bottom for storage. But it is MagnetoSpeed’s spin on the concept that makes it interesting and more useful.

The basic M-Series Grip comes with a dry box. 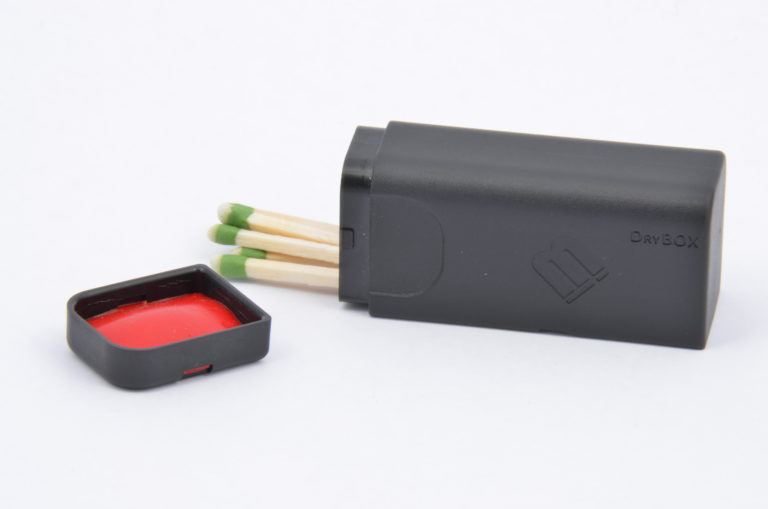 The lid has a red rubber insert that seals the box. So you can store matches, lube packets, even spare ammo inside. Heck you could store a pair of ear plugs inside as an emergency set of hearing protection.

The M-Series grip is hollow and has a spring loaded plate with a latch at the bottom of the grip. So when you insert one of the Grip Accessories, you just push the latch and the accessory flies out.

The grip feels just lke any ordinary after market grip although the side texture is rather aggressive. Besides the drybox, you can opt for a minilight or minimag.

The Minilight is a small LED flashlight that runs off of a single CR123 Li-ion battery. It looks to be putting out about 100 lumens. Right above the bright white LED are two auxillary red LEDs. These are not as bright but are for night time use and saving your natural night vision. Also run time of the battery is higher if you are only using the red LEDs vs the brighter white LED.

The Minilight has a couple of hidden features. By pressing the main gray button twice, the white LED will strobe. If you press and hold down the gray button, the white LED will switch from low, medium and high intensity levels.  Pressing the red button activates the red LEDs. You can override any mode by switching to the other color. The Minilight comes with a small metal clip that you attach to the bill of your hat and you can use the Minilight as a hat light. The Minilight has a rare earth magnet molded into the body of the light so that is how it attaches to the hat clip as well as the picatinny weapon mount. Even though the Minilight is only attached onto the weapon by friction and strong magnet, it is durable enough to hold on during rapid firing. This is not a replacement for an actual weaponlight. It will come off if the gun is dropped. This is just for use as a last ditch effort. 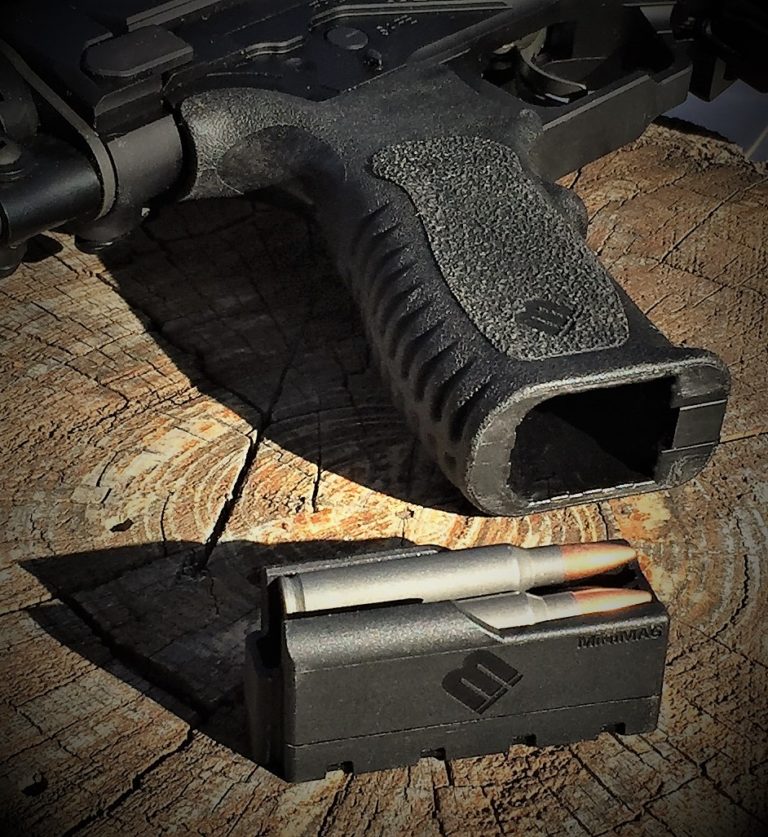 MagnetoSpeed also came up with a small 3 round box magazine that can hold 5.56 or .300blk. Of course the Minimag can be stored in the M-Series Grip. The magazine is made of the same plastic as all the other modules. It has a red follower which helps ID an empty mag when looking into the chamber.  The mag is very short. So short that it does not really have a magazine catch indentation. So when you insert the Minimag into the AR-15 mag well, the magazine actually sits above the factory mag catch. At this moment MagnetoSpeed is also working on a monopod insert for their M-Series Grip. It is not yet out so look forward to the review of that additonal accessory in the near future. 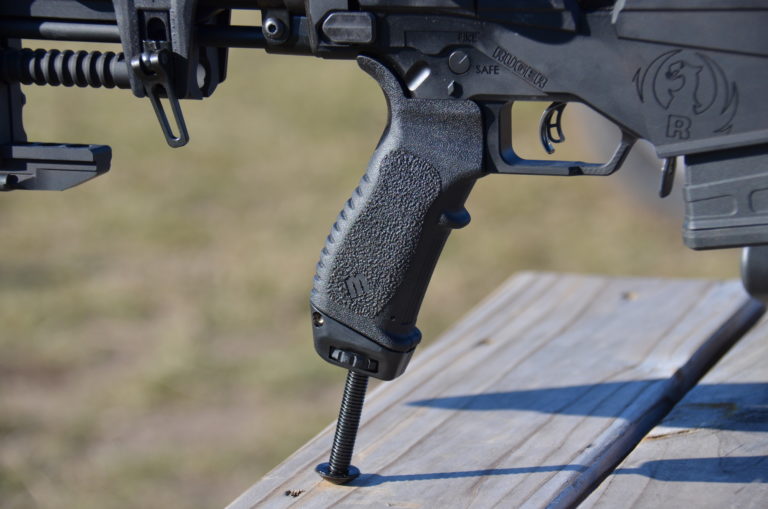 The M-Series grip with included Drybox retails for only $31.99. Additional Dryboxes will only be $5.49. The minimag will retail for $10.99 however it is the Minilight that is the most expensive. A bit steep at $84.99.

The M-Series Grip and modules are not yet available but will be soon. In meantime, check out our website for your AR-15 accesory and magazine needs.

Edit: The new M-Series grip is available for Pre-Order. They are only $25.50. Click here to check them out. The Monopod is slated for late summer release.