For the longest time, the only .30 caliber rifle I shot with any regularity, was the en bloc clip-fed M1 Garand in .30-06. This changed when I recently found a CMMG MK3 CBR in FDE for a price I couldn’t refuse.  The rifle came with a solitary 20-round Magpul PMAG, but I’ve never been someone to be content with owning a single magazine.

Ostensibly, the CBR looks like an AR10, so I began looking for AR-10 magazines, that’s when I ran into an issue that AR-15 owners never deal with: compatibility. Evidently, there are two major patterns of .308 Win AR’s on the market, the traditional AR10-pattern, and the DPMS-pattern.

This illuminated a lightbulb in my mind, reminding me that Lancer Systems had sent me a pair of L7 AWM magazines for the Ruger Precision Rifle. Rather than research if they were compatible or not, I just grabbed one and shoved it in my CBR’s magazine well.

Much to my delight, it fit and locked back the action properly.

Extracting the magazine, I couldn’t help but admire how over-built it is, especially for a polymer mag. Everyone knows polymer mags have greater tensile strength than their steel or aluminum counterparts, but they rarely exhibit a fraction of the reassuming heft of metal magazines. 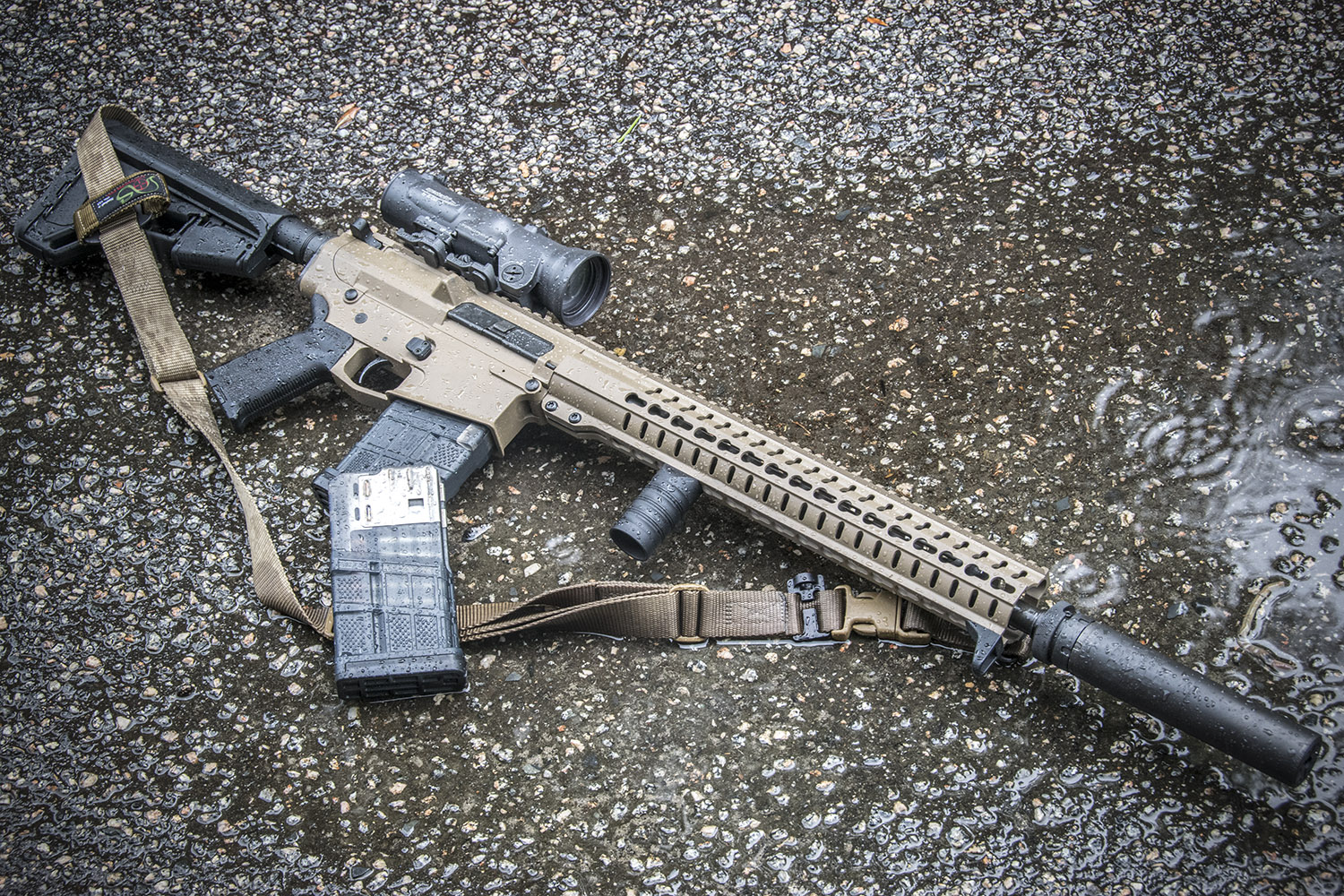 The L7 is different.

Constructed of high-impact super-durable translucent polymer, the Lancer L7 AWM feels near bomb-proof in a shooter’s hand. The walls of the magazine’s body are thicker than Lancer’s L5 5.56 AR15 magazines, giving it a more rigid feeling. Even still, the magazine closely resembles a scaled-up 5.56 magazine, only perfectly straight, almost like a 20-round USGI magazine made of polymer – except the base plate runs parallel to the barrel.

Another trait it shares with the 5.56mm L5 AWM magazines is the integral steel feed lips and reinforcements. This is great news for shooters who worry about the longevity of their magazines. The slot on the mag body that engages the magazine retention peg inside the rifle’s mag well, is made of steel. So it will take thousands upon thousands of reloads to damage it.

Additionally, the feed lips being made of steel means if they’re ever damaged, a pair of heavy pliers could be used to bend them back in place. Whereas a set of purely polymer lips would require disposal or risk trying to JB weld some new lips with predictably disappointing results.

I’ve only had a chance to run about 500 rounds of mixed .308 win through a pair of L7AWM magazines in my CBR and Ruger Precision Rifle, but thus far they are performing great. Even with the increased backpressure and carbon build-up incurred by running a sound suppressor.

It’s not the cheapest .308 magazines in the world, but I’d argue the Lancer Systems L7 AWM is one of, if not the best, commercially-made example on the planet.