The Low Power Variable Optic, or LPVO, could very well be the future of tactical rifle optics. LPVOs first gained steam in 3-Gun competitions, but the tactical community quickly took note. By tactical community, I don’t mean fat ex grunts like myself, I mean USSOCOM, United States Marine Corps, and others. SOCOM adopted both the SIG TangoT6 as an SFP scope and the Nightforce ATCR 1-8X as their FFP option. The USMC has released a solicitation for what appears to be a 1-8X scope. The concept is stretching far and wide and seems quite fast.

A low powered variable optic is precisely that. It’s a magnified optic with variable magnification. The low powered part means they aren’t designed for long-range shooting, and the highest-powered LPVO I know of only goes to 10X. The most common models seem to be 1-6 power, with a few 1-4s being the more affordable route to take. There are quite a few 1-8X models and even 1-5X models. The point being they all have a 1X setting and a relatively low magnification on the highest setting.

As you’d imagine, we aren’t tossing these optics on long-range precision guns. No sir, we sure aren’t. LPVOs are being used on modern tactical rifles. Weapons like the AR 15, and guns like the AK, or the SCAR, and even PCCs being used is USPSA. These scopes are very versatile and offer shooter more than a fixed power prism sight or a red dot with magnifier.

The key to the LVPO is versatility. At the 1X setting, you open both eyes, and you can engage targets at close range with little difficulty. It’s not as smooth or as fast as a red dot due to the eye box and eye relief factors. However, it works well enough to be a good alternative. If the target is further away, then you can zoom in and take that shot like a traditional optic.

LPVOs also have etched reticles that are often equipped with MOA/MIL points for bullet drop and windage or ballistic drop compensating reticles that take the guesswork out of moderate range shooting. Reticles like the ACSS from Primary Arms incorporate a reticle that works at longer ranges, but it’s circular and easy to use as a wannabe red dot.

LVPOs are very useful in 3-Gun and other multi-gun sports. They are also solid optics for hunting in areas like mine, which are a mix of thick brush and large clearings. Not to forget the military and law enforcement role they occupy.

Those are good reasons to have an LVPO, but as I see it there are two other main reasons why LVPOs rock.

It’s All About PID

Target PID (Positive IDentification) is must-have before you take a shot. A magnified optic can let you zoom in see if a bad guy is holding an AK or a shovel…or for that matter if he’s even a bad guy at all.  A red dot can’t do that. Maybe one with a magnifier can, but it doesn’t give you holdovers, or multiple magnification ranges. An LVPO allows you to establish that necessary positive identification before taking a shot.

I’ve heard and seen a lot of well-respected professionals talking about LVPOs and red dots. Many start by saying an LVPO doesn’t increase your effective range over a red dot because almost all rifle fighting is done at 300 meters or less. Without a doubt, a competent shooter can hit a man-sized target at 300 meters with a red dot.

However, in all my experience, I’ve never seen a man-sized target present itself in a firefight. Typically the people who were shooting at me were crouched behind cover and not showing a whole lot of their body. An LVPO and its higher magnification levels will make it much easier to hit a small portion of a bad guy even at only 100 yards away. At the very least, it will make suppressing fire even more terrifying until a movement element gets there.

In this fat ex grunt’s opinion, LVPOs most certainly extend your effective range. It makes it much easier to hit smaller targets at any range.

Anytime you write about a specific type of anything in the firearms world, people want to know which one to pick and choose. There are plenty of reliable optics companies out there producing LVPOs.

Here are just a few…

All of these are from reputable and reliable companies with a long history of making excellent optics. Most are perfect for hard military and police-style use. 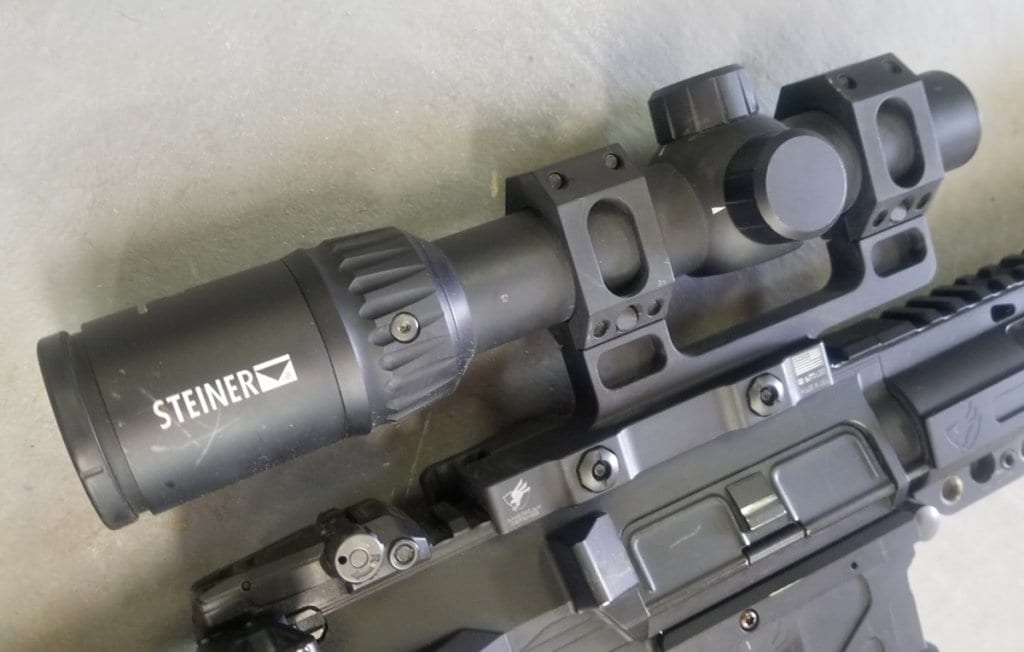 The Primary Arms model is the most affordable option on this list, and while they are budget optics, they work pretty damn well. This one is better suited for sporting and competition use.

The Best Optic Ever!

They won’t replace red dots or even prism sights. LVPOs are versatile, but they aren’t as fast as red dots, or as small as prism optics. If you need to shoot at targets that are anywhere from 10 to 300 yards, then an LVPO will do the job.

LVPOs aren’t going to be replacing red dots or even fixed power prism sights anytime soon. They are versatile, but they still can’t beat red dots for close-range shooting or prism sights for durability and footprint size. I would imagine more and more military forces are going to move away from just red dots and start moving more towards LVPOs, and the same goes for police forces.

They will work side by side with red dots, prism sights, and more powerful magnified optics. Ultimately they will be another tool in the box, but I think they are a tool that will be around for quite some time.

Read more about ’em on The Mag Life.