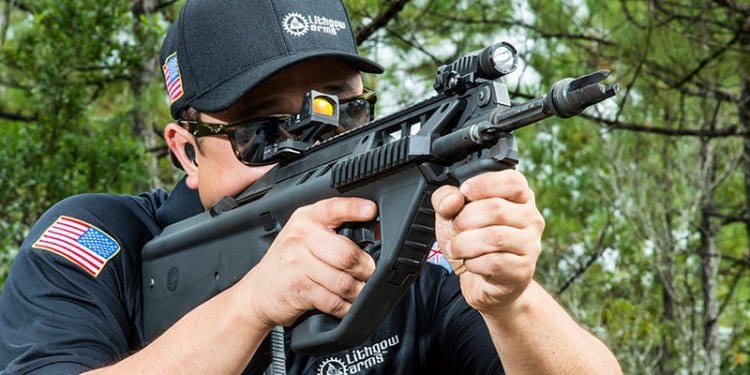 The Lithgow F90 is the standard service rifle for the Australian military. It is based on the Steyer Aug design and is often dubbed the “Aus Steyer”. I got a chance to check out two F90s at Big 3 East Media event.

The Lithgow F90 can be fed with Steyer Aug magazines. However these were fed excuvsively with Magpul PMAGs made for an Australian Military contract.