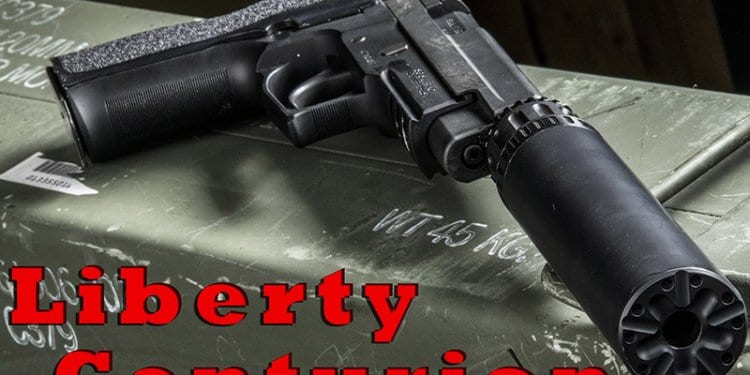 I’m normally a multi-caliber can kind of guy — I like mitigating the costs of owning a suppressor by purchasing a single unit that works with multiple guns of multiple calibers. And while this is the most pragmatic choice, it does have some drawbacks.

For instance, larger-caliber cans tend to be excessively heavy and bulky. After a year or so, I became accustomed to the added weight of running a .45-caliber suppressor on my SIG P226 9mm. Then I had a chance to run a very lightweight can from Liberty—the Silencer Shop-provided, Liberty Centurion.

The Centurion only weighs about eight ounces, but the addition of a booster (which is necessary for running any can on non-fixed barrel firearms) raises that weight to 12.5 ounces. This is roughly an ounce heavier than my aluminum can, but it’s also 2.5 inches shorter.

Despite the added weight, the Liberty Centurion feels much lighter, because its weight is close to the center of the pistol. Like most pistol-caliber cans, the Centurion utilizes pistons to interface with the muzzles of differently-threaded handguns. So while the uncommon 13.5 LH thread pitch of my Sig is only shared with HK and Sig firearms (yes, even the MPX) the pistol isn’t limited to those platforms. 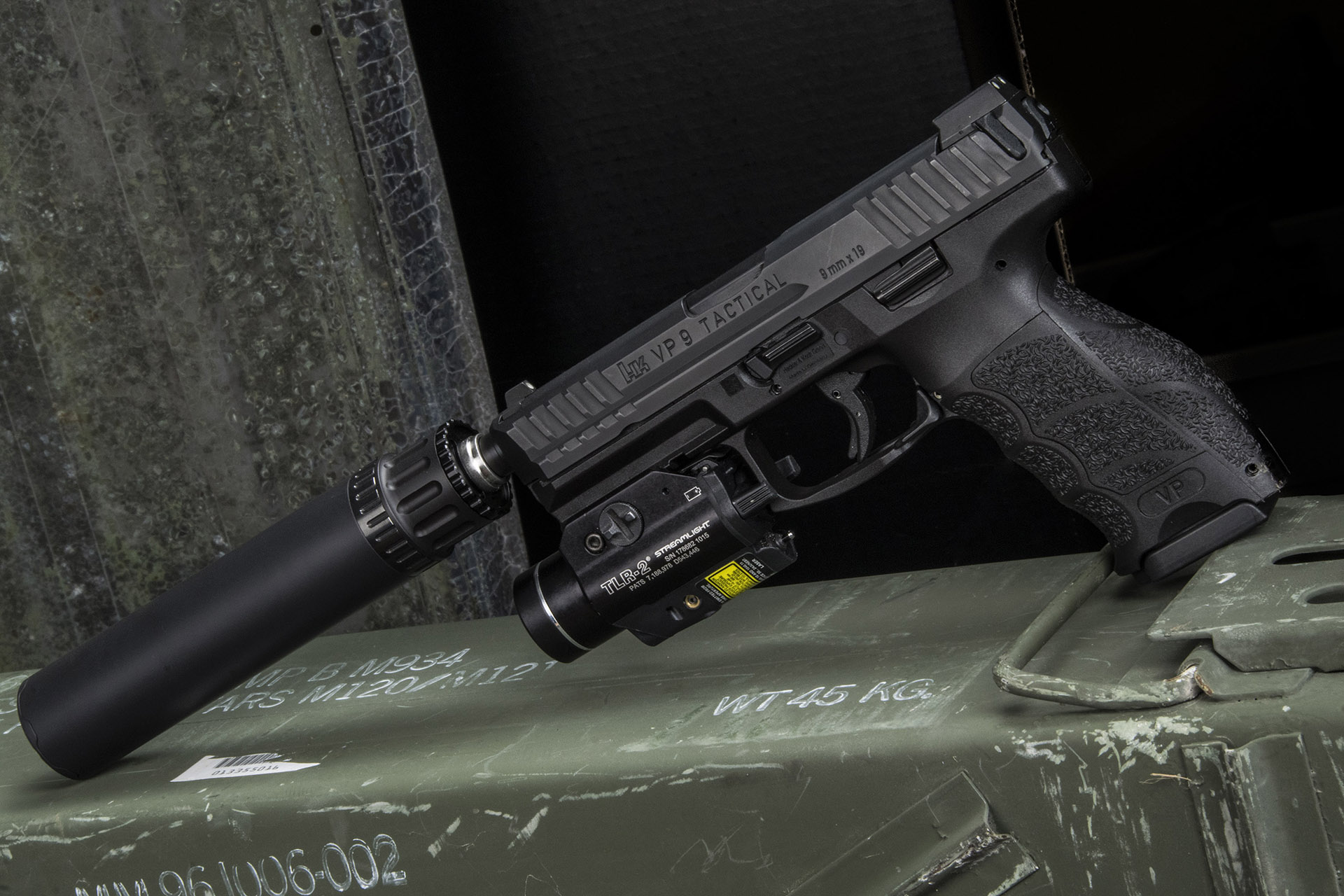 Simply use a pin wrench or the included tool and remove the front and then the piston that’s inside. Replace the piston with a differently-threaded version, re-install the base cap, and you’re in business.

I tested the can on three separate firearms that shared the same thread pitch on their muzzles: the Sig P226, the HK VP9 Tactical, and the Sig MPX SBR. All three guns ran without issue with the Centurion installed, and all were pleasantly quiet when paired with subsonic ammunition.

I especially enjoyed using the Centurion on my MPX, as it kept the gun light and handy, and seemed to produce less gas blowback into my face than my Osprey 45. While not quite as quiet as the Osprey 45, the reduced heft and length more than make up for this to all but the most sound-sensitive shooters. Plus, the Liberty-made can is more than $200 cheaper.

Overall, if you’re looking for a slim-line can for your 9mm SBR, carbine, or pistol, and don’t want to turn it into a nose-heavy, bulky beast — the Liberty Centurion strikes an almost ideal balance of weight, price size, and cost.