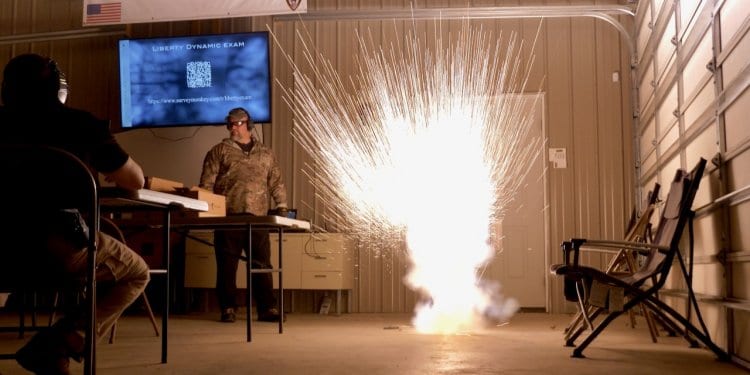 I’m not a police officer. I don’t play one on TV and I didn’t stay at a Holiday Inn Express last night. I did, however, spend some time with a diversionary device (i.e. “flashbang”) subject matter expert recently while I was out at Alliance Police Training. Joe Weyer made the intro while gently rocking back and forth and repetitively muttering “fuel-air, digital initiation…” 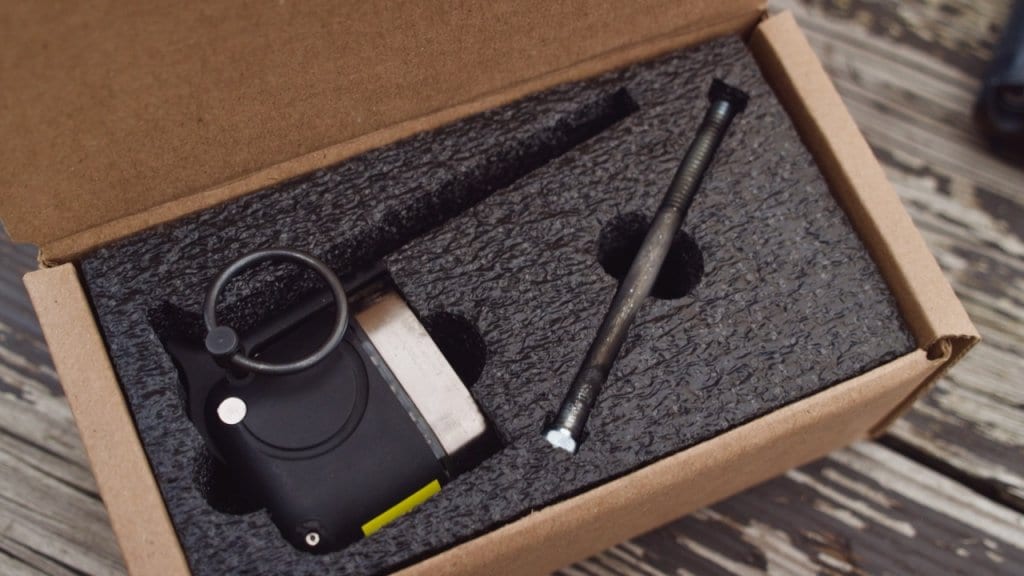 The Liberty Dynamic Enhanced Diversionary Device (EDD) is a two-part unit. Here is the initiator. It is the only part of the EDD that is controlled by the ATF. Because assembly is required an ATF Form 1 is used resulting in a shorter wait for agencies.

Joe had set up this special meeting and demo for me because he was so enamored with what Liberty Dynamic had developed with the help of the expert, retired Kent, Ohio officer, and former Metro SWAT Senior Team Leader.

I was quickly impressed.

Noise Flash Diversionary Devices, known more commonly as “flashbangs” (and often inaccurately as “stun grenades”) have been in use by law enforcement agencies and military units for nearly 50 years. They serve an important purpose in providing an oppressive visual and auditory distraction that can allow for tactical teams to cover entry or regain the initiative in an operation.

Flashbangs are generally considered to be “safe.” However, there have been circumstances where diversionary devices have caused injury or death through unfortunate circumstances or misuse.

The design of the traditional flashbang can tend to make a bad situation worse when used in less than optimal circumstances. Liberty Dynamic has invested serious resources in redesigning the flashbang to address the concerns that agencies have experienced with traditional devices.

Liberty Dynamic’s Enhanced Diversionary Device is a significant improvement over flashbangs in widespread use by agencies. The EDD is safer and more effective by design and it’s two-part design significantly reduces logistical issues associated with diversionary devices. 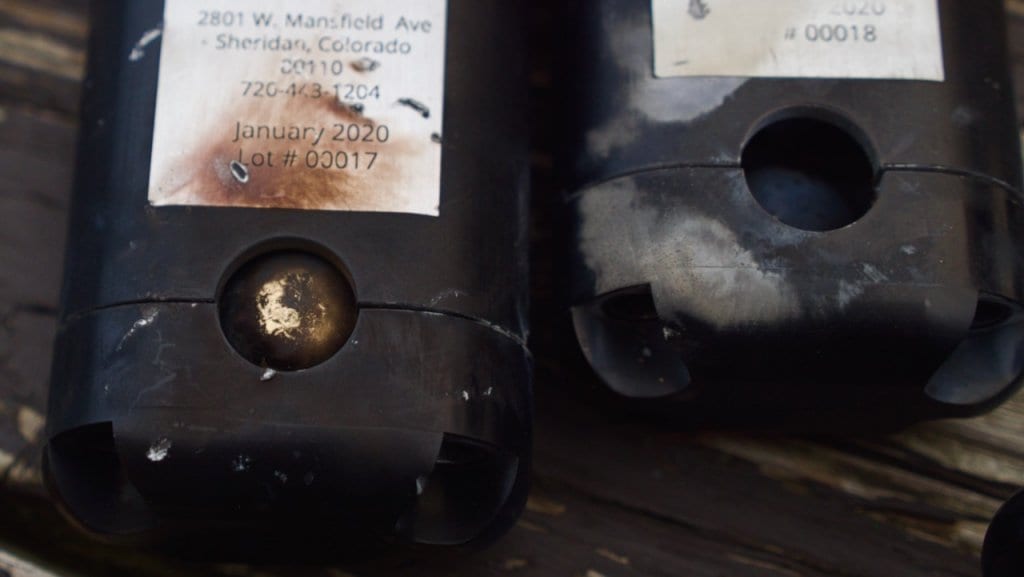 The load contains two separate compounds that are mixed on initiation. The loads are inert and not ATF controlled.

The traditional flashbang is a pyrotechnic device. It uses explosive powder contained in a vented case to produce a loud report and bright flash. The sound and sight of a flashbang can cause momentary disorientation. This can allow law enforcement to take action to end a difficult situation relatively peacefully.

The explosion created by a traditional diversionary device is contained inside the flashbang and escapes through vents. A significant amount of heat and shock are directed in many directions. If the heat reaches materials that are easily combustible, such as papers scattered on a floor, you can imagine the consequences. A fire can complicate a mission and more importantly put the lives of suspects, innocent people, and officers at risk.

With a traditional flashbang, the explosion is initiated inside of the flashbang housing. The blockage of vents can cause issues. If those vents are blocked by people parts, the rapidly expanding gasses of the shock wave are likely to cause serious injury.

Law enforcement has protocols in place to limit the potential damage caused by the use of diversionary devices, however, policy can’t address every issue.

Liberty Dynamic has developed a flashbang that reduces the risk of both fire and injury. 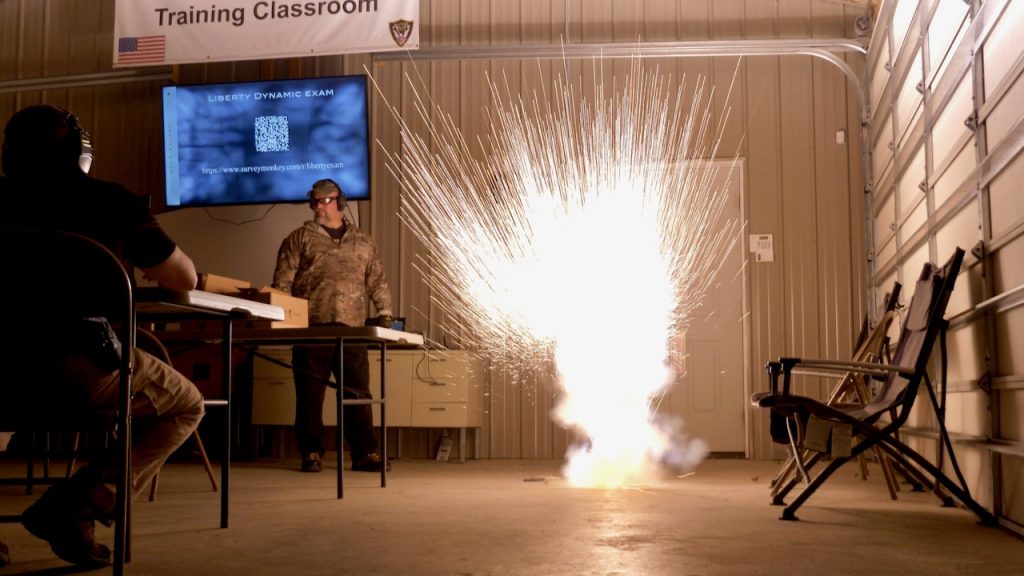 The Enhanced Diversionary Device is bright, loud, and safer than the traditional flashbang.

The Enhanced Diversionary Device is intentionally designed to be a safer flashbang. It is safer for the officers that use it, other innocent people, and the clientele that the officers are there to serve.

Despite what Hollywood producers want you to believe, flashbangs are intended to be precisely placed. A diversionary device isn’t a pull-the-pin and blindly throw deep into the room tool. A typical protocol would be to place a diversionary device in an area that is visually clear of people and combustible debris. Most often this is within the path a push door would travel. In the “door sweep.” 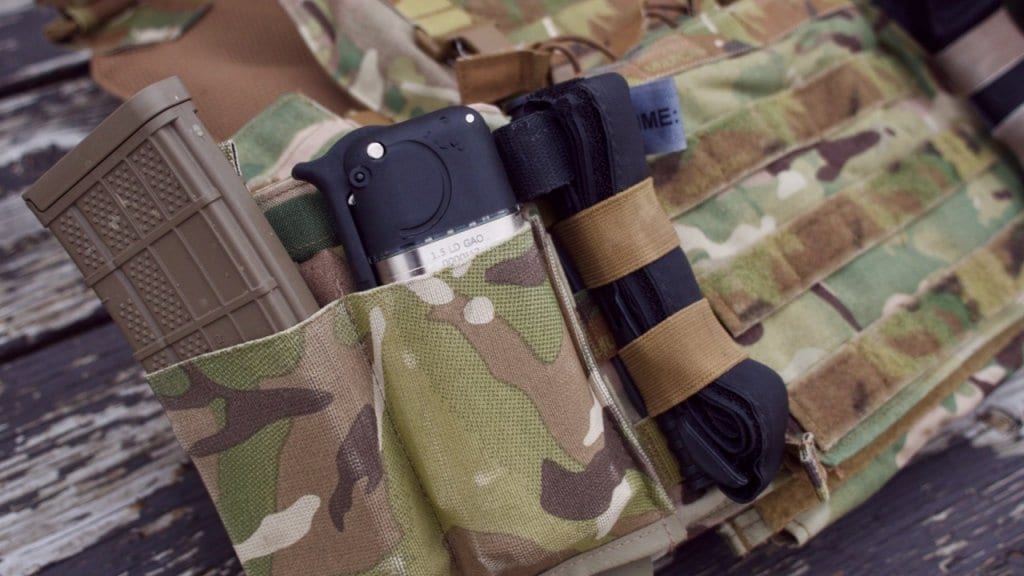 The EDD’s shape prevents it from rolling and it easily fits in an M4 mag pouch.

The rectangular shape (about the size of an AR15 mag) of the Enhanced Diversionary Device prevents it from rolling when gently tossed into this visually cleared area. The EDD isn’t going to take an odd bounce and roll deep into the room or back toward the team deploying it. The ability to place the EDD with precision is a significant safety enhancement that reduces the likelihood of fire or human injury.

The way the EDD initiates and the load detonates adds an additional level of effectiveness and further increases safety. The load of the EDD is a binary fuel-air explosive. On initiation, the gaseous load is forcefully ejected up from the body of the two-vent device. The load mixes with the ambient air and begins the Fuel Air Event (FAEv.) The FAEv generally happens 18-60” above the plane where the device is placed. This reduces the likelihood that floor level material will ignite and places the Fuel Air Event at a level where it will be more effective at its job of safely disorienting people.

The initiation of the Liberty Dynamic device is digitally controlled by the head. The EDD provides precise initiation at exactly 1.5 seconds after the lever is released. The digital initiation is a factory setting and can be modified by Liberty Dynamic to match mission needs. Traditional devices are fuse initiated and can vary from .5 seconds to more than 2 seconds from deployment.

Precise initiation increases the team’s ability to make a more precise entry in the short disorientation time window immediately after the FAEv.

The EDD has a unique two-part design that significantly increases safety leading up to the deployment of the device. The first part is the initiator. This is the digital brain of the device and it controls the show. It contains a small explosive charge — the same kind your car uses to initiate its airbags. 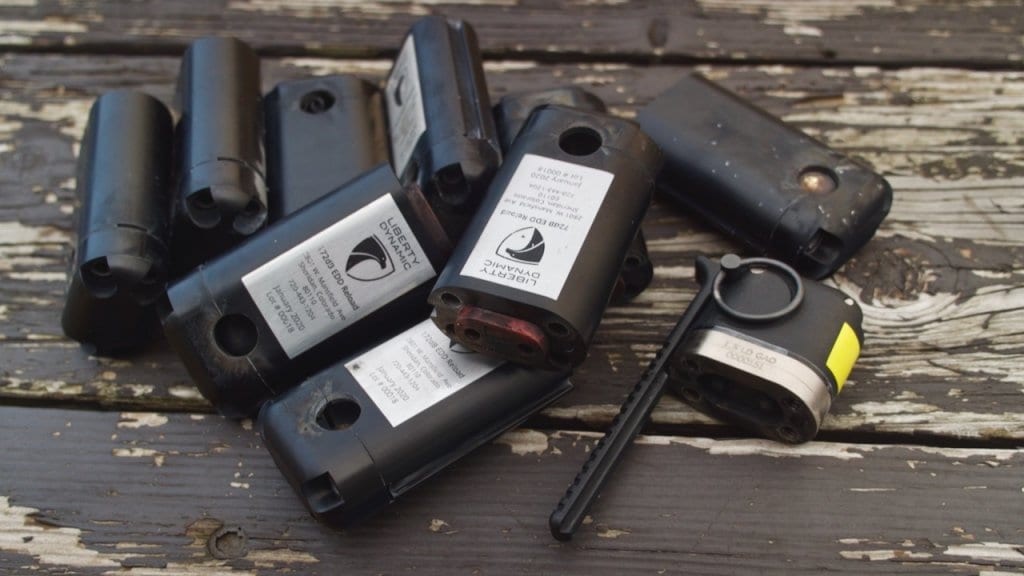 The initiator is reusable. One head can initiate 21 loads. Once the initiator is expended it can be sent back to Liberty Dynamic to be refreshed. No transfer is required.

The second part of the EDD is the load. This is the long “body” of the device. It contains two compounds that are inert unless properly mixed together and with air. Without the small charge from the head, the compounds can’t mix efficiently in the air to cause a FAEv. Without the initiator the load is inert.

This two-part design is a safety feature and at the same time, it presents some serious logistical advantages.

There is a wise saying that goes something like, “Amateurs talk strategy while professionals talk logistics.”

To me, the guts of this quote get to the point that without the tools needed to execute the strategy, the strategy itself is useless.

With traditional diversionary devices, logistics can be problematic. Flashbangs are federally controlled explosives and agencies must process an ATF Form 5 in order to have a flashbang transferred to their agency. The form isn’t much of a problem. The wait time is. Typically an agency can expect to wait from 90-180 days. This means flashbang procurement needs to be an ongoing process. A lapse in the process could leave an agency without an important tool.

Liberty changes things with the EDD. The typical flashbang is a single-use item. Once the pin is pulled, the device is spent.

The EDD  initiator is the serialized and ATF-controlled portion of the two-part device. It is reusable up to 21 times The load is uncontrolled. An agency can order as many loads as desired without any ATF paperwork or delays. Once you have used the initiator’s last charge, simply send it back to Liberty Dynamic for refurbishment. No transfer needs to take place when the head is returned. 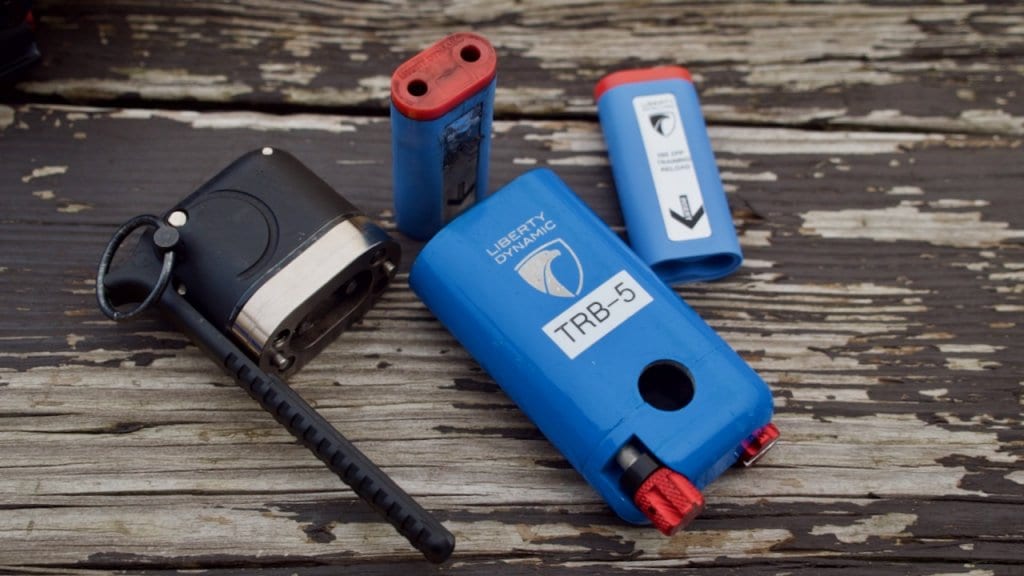 In addition to the EDD Liberty Dynamic has a training bang that allows for training at a lower cost.

To sweeten the pot even more, because the initiator and load are separate when you assemble the load and the initiator you are building a Destructive Device. This moves the procurement of the initiator from a Form 5  to an ATF Form 1.

It is easy to imagine the relief of the logistical burden by making the switch to the reusable and more reasonably controlled Enhanced Diversionary Device.

The Enhanced Diversionary Device embodies that evolution and improves diversionary device acquisition, deployment, safety, and effectiveness. To date, more than 50 law enforcement agencies have come to this same conclusion and have adopted the EDD as their flashbang of choice.