Drifting Away from Leather Holsters and Magazine Carriers? 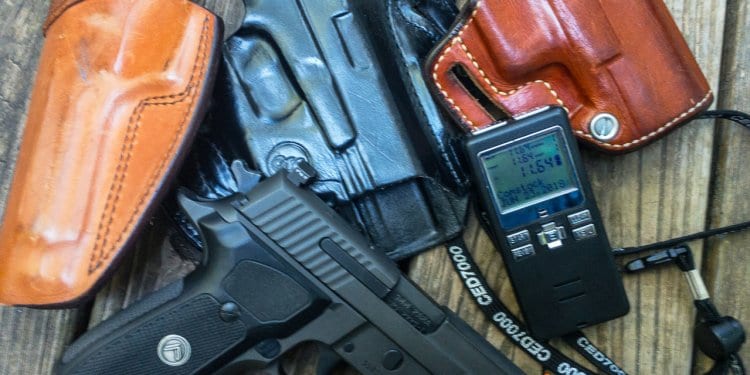 The thermometer in my car read 101°, but that didn’t account for the fact that the humidity level was 3,012%.

Besides picking the worst day in 2018 to do outdoor range work I was still having fun, sweltering or not. I was learning the United States Air Marshal pistol qualification. If you’re not familiar with it, it’s hard. Really hard. It involves shooting and drawing both gun and magazines exceptionally fast while maintaining precise accuracy performance. It’ll challenge just about anyone, and few can run it clean.

So, the bottom line was this. It was hot, scorching hot. It was also humid – recall that 3,012% humidity factor. That means I was sweaty and gear was damp. I was shooting a Sig Sauer P229 that uses steel magazines, and my carry gear was all leather – an outside the waistband holster and a dual magazine carrier. Here was the problem. As the humidity and sweat increased things started to get sticky when drawing from the holster and extracting magazines from the carrier.

Sure, they would still come out, but the draw was inconsistent and tugged here and there as the leather got damp and more flexible. The feel was inconsistent and certainly not fast. Normally, I might not have noticed or complained, but the Air Marshal Qualification does a great job of exposing subtle gear and technique problems because the time limits are so aggressive.  If you’re off by 1/100th of a second on one string, you fail the whole qualification. 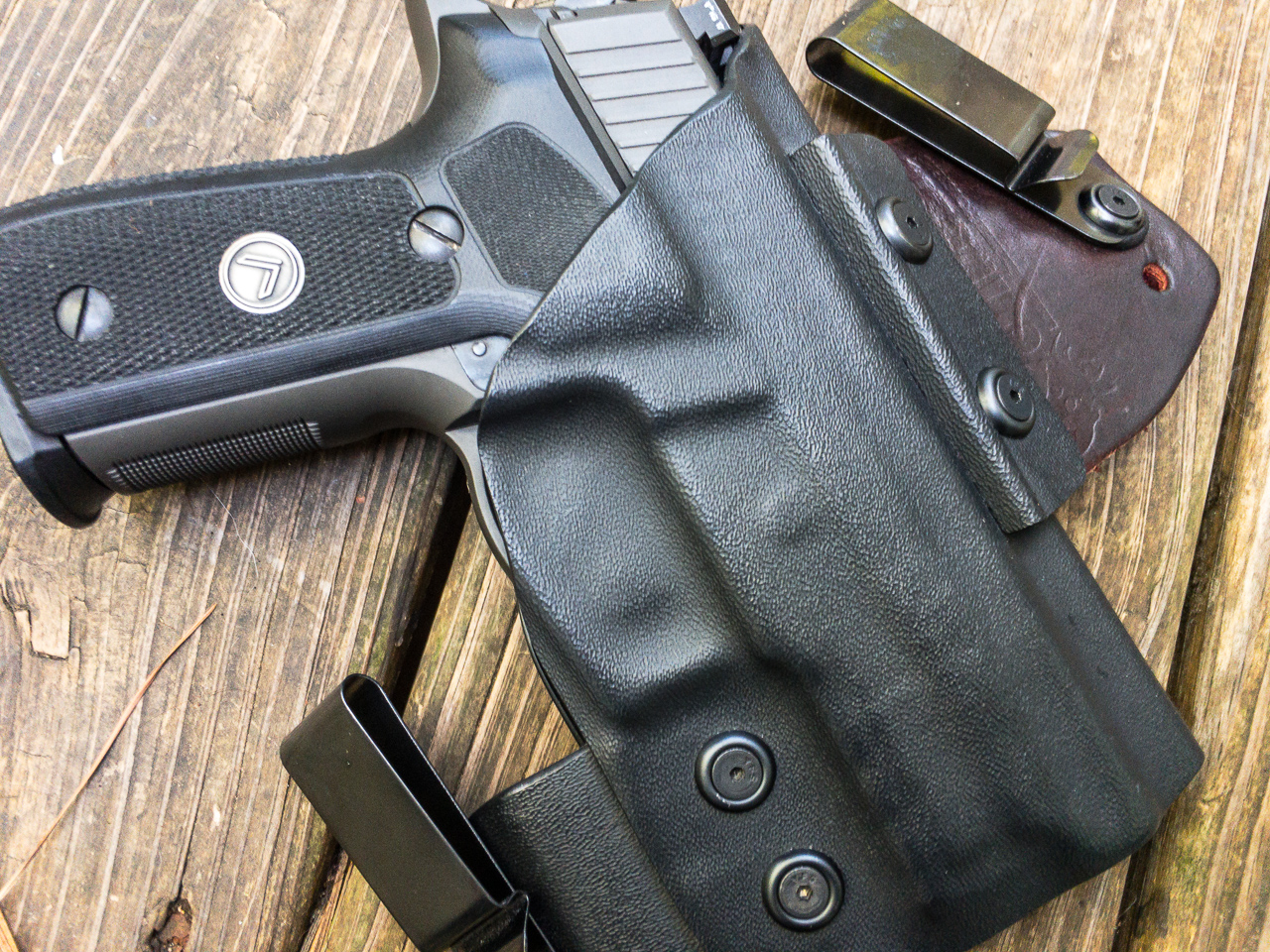 Kydex is unaffected by moisture and humidity and my draw inconsistency improved noticeably.

Anyway, those little annoyances like an extra tug required half-way through gun or magazine extractions got me thinking. In some cases, I make gear choices based on convenience. The leather magazine carrier I was using has a wide snap loop attachment, so I don’t have to thread my belt to take it on and off. That’s convenient and supports my laziness factor. It’s the same with that particular holster. However, those conveniences were costing me dearly regarding performance in these heat of the summer conditions. 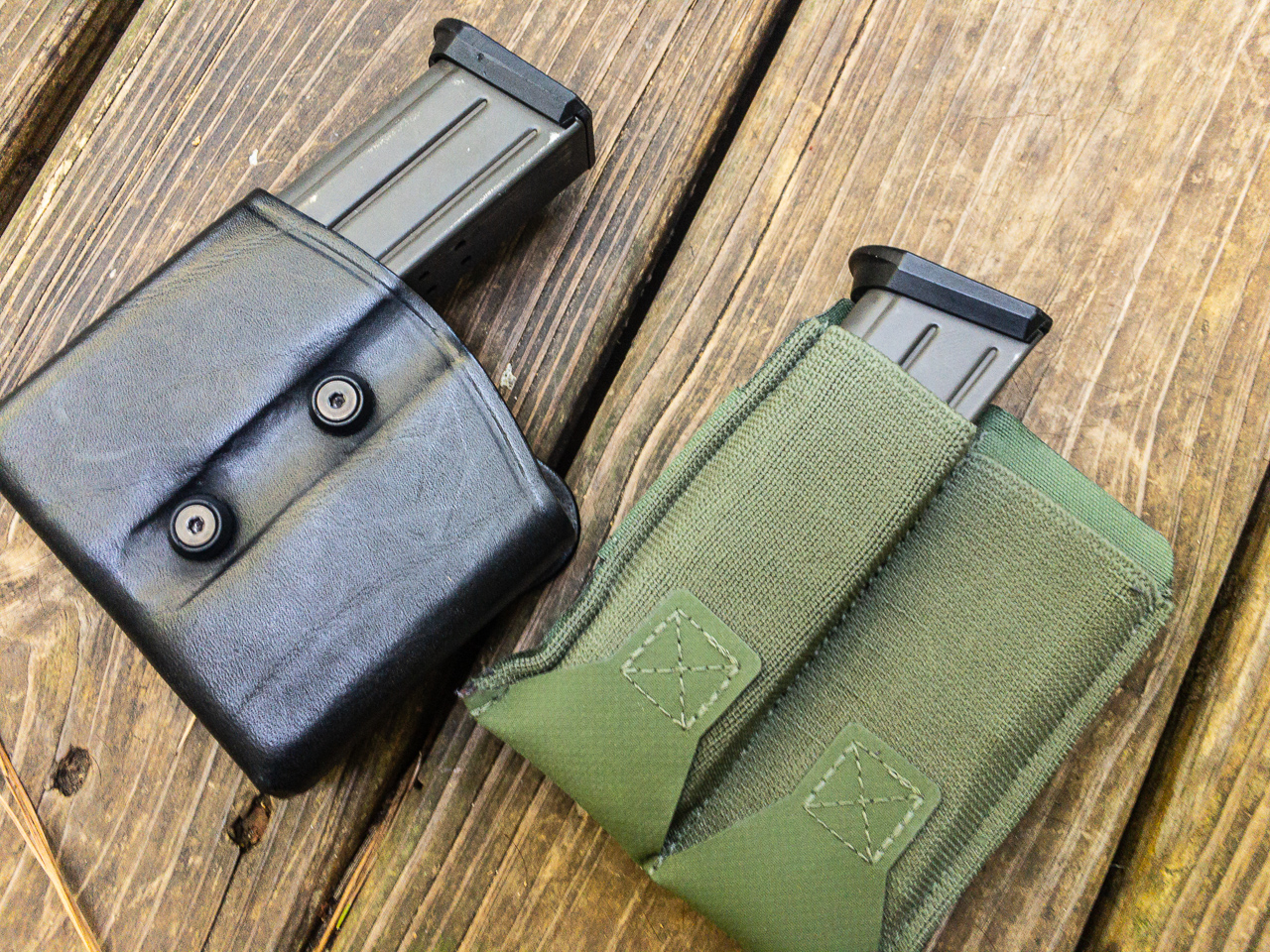 After blowing a few stages, I switched out my gear and went to a Kydex holster. Not too surprisingly, all of my “moisture-related” troubles evaporated. For the magazine carriers, I switched out to some Blue Force Gear Double Magazine Pouches.

These are made from some magic stretchy material that not only adjusts to any magazine size from skinny single stacks to fat 45-caliber double stacks, but it’s also slick on the draw regardless of conditions. The stretch gives you plenty of security – a magazine won’t fall out on its own, but the material allows easy inconsistent extraction so there won’t be any sticky spots when you go to retrieve a magazine in a hurry.

So, what was the lesson? The aggressive and challenging nature of this drill meant that tiny differences in performance, whether skill or equipment related, were exposed. When a small fraction of a second means the difference between pass or fail, it’s easy to notice what’s slowing you down. In more normal conditions, that leather works like a champ. Everything is smooth and consistent – it was only the unusual combinations of use and conditions that exposed a potential problem. From here on out, I might be evaluating new gear a little differently.