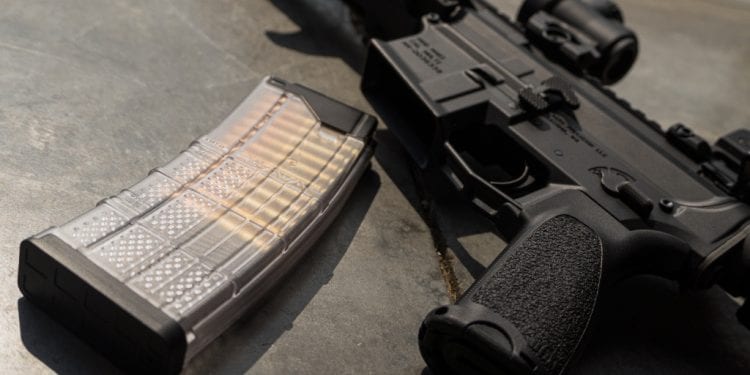 When it comes to AR-15 mags, which is better, metal or polymer? Objectively speaking, both have their strong points—and the same is true for their weaknesses. But did you know that with Lancer mags, you really can have the best of both worlds? Let’s take a look at the benefits and disadvantages of metal and polymer AR-15 magazines, and then we’ll see how Lancer created a hybrid that offers the best of both worlds.

When the AR-15 was invented in 1956 by Eugene Stoner, the AR-15 quickly gained acceptance in both the military and civilian sectors, with unbridled growth in popularity in the 60+ years since its inception. For a little historical perspective, that was the same year that IBM released its first computer with a hard drive, Elvis released his first hit “Heartbreak Hotel,” and Charlton Heston starred in the epic film The Ten Commandments.

The first magazines to be made for the Armalite-15 were 20-round aluminum magazines with a waffle pattern stamped into the walls. 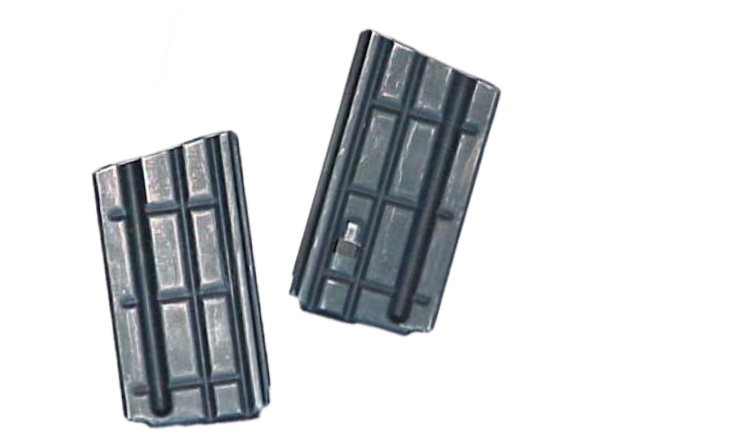 As the years passed, magazine manufacturers produced various aluminum and steel AR-15 mags, most replacing the waffle pattern with longitudinal grooves, and an increase in standard capacity to 30-rounds.

During those decades that metal dominated the AR-15 magazine market, they were known for longevity and user-serviceability. As James Grant points out in his AR-15 Magazine Guide, Part 3: “Metal magazines… almost never crack, but they can dent fairly easily. If they become dented, this can affect their ability to either properly lock up inside the host rifle, or to reliability feed rounds. This is more the case with aluminum magazines than steel ones. Thankfully when this occurs with either, the shooter can normally fix the mags by simply disassembling the mag, and bending the dents out.”

Interestingly, polymer magazines have been around since the sixties, but it wasn’t until Magpul came on the scene with PMAGS in 2007 that polymer became the new darling of magazine construction. Incidentally, 2007 was the same year that Steve Jobs came out with the iPhone, Nancy Pelosi became Speaker of the House, and we saw the beginnings of the Great Recession.

Really, if you think about it, the rate at which polymer magazines gained acceptance and esteem has been quite drastic. As Grant says in his Mag Guide Part 2, “Not long ago, the words, ‘plastic’ and ‘cheap’ were synonymous. Now, every time a writer or company mentions plastic in their products, it’s referred to as high-impact polymer.”

So why do we love our polymer AR-15 mags so much?

Simply put, they’re lightweight, durable, and cost-effective. They also offer other additional perks like see-through windows for load-checks and heck, they’re even available in translucent polymer so you can see the entire inner works. 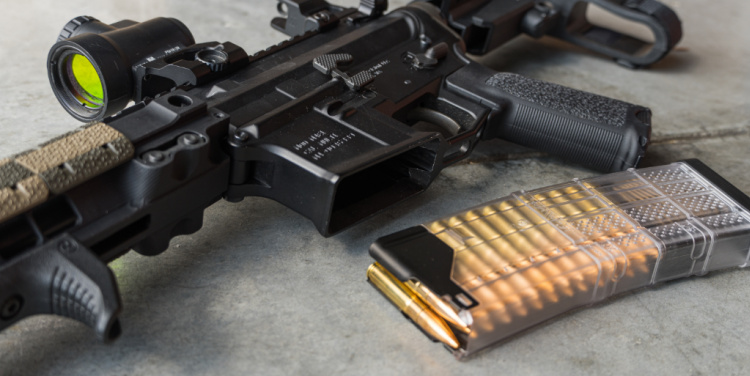 Translucent magazines like this Clear 30-round Lancer Magazine can make pre-training inspections easier. They also assist with quick visual confirmation of ammo supply during exercises.

Still, there are a couple of downsides to polymer mags. Since the polymer has such elasticity and tensile strength, it can become brittle and crack, especially after exposure to certain chemicals or extreme temperatures. Another unpleasant issue is that polymer feed lips can spread if they are stored loaded. If that happens, the mag might not fit into the magwell properly and there could be feeding issues.

Here’s where Lancer comes in.

Polymer/Metal Hybrid Lancer Mags —  The Best of Both Worlds

Happily, we don’t have to settle. Why not take the best features of each material and combine them to reduce the disadvantages of each?

As Lancer puts it, they “…set out to design a better 5.56 magazine; one with the reliability of steel and the durability and weight of polymer. The L5 Advanced Warfighter Magazine (AWM) is that magazine.”

These hybrid Lancer mags combine a proprietary polymer body (with aggressive texturing) that’s been tested in extreme temperatures ranging from -40F to +180F, AND the feed lip assembly is made of hardened steel. They’re also fitted with a stainless-steel spring and no-tilt follower. So basically, they’re less likely to get dinged up, loading is efficient, and the feed lips aren’t going to spread.

Alright, let’s get down to the specs.

•Reduces weapon malfunctions by providing increased reliability
•Allows for immediate visual identification of ammunition type
•Increases ammunition awareness during reloadsFour options available from five to 30-round capacity, and a ten-pack too!

These are your standard capacity AR-15 mags, with that special hybrid design that pulls them above ‘standard’. The steel feed lips are going to help assure tighter tolerance over lots of magwell insertions and reloads, for greater reliability and a longer life span.

This first image is the black option, but they are available in a total of six colors, including Flat Dark Earth, Smoke, Clear, Translucent Red, and Translucent Dark Earth. 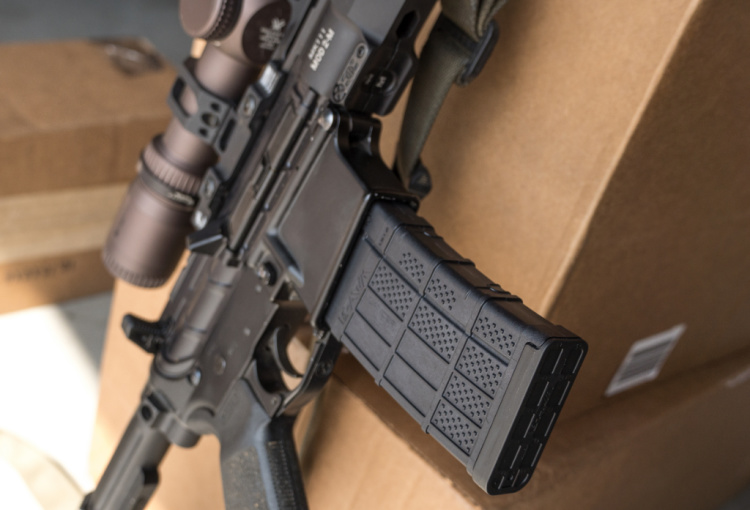 And here’s the smoke-colored mag. 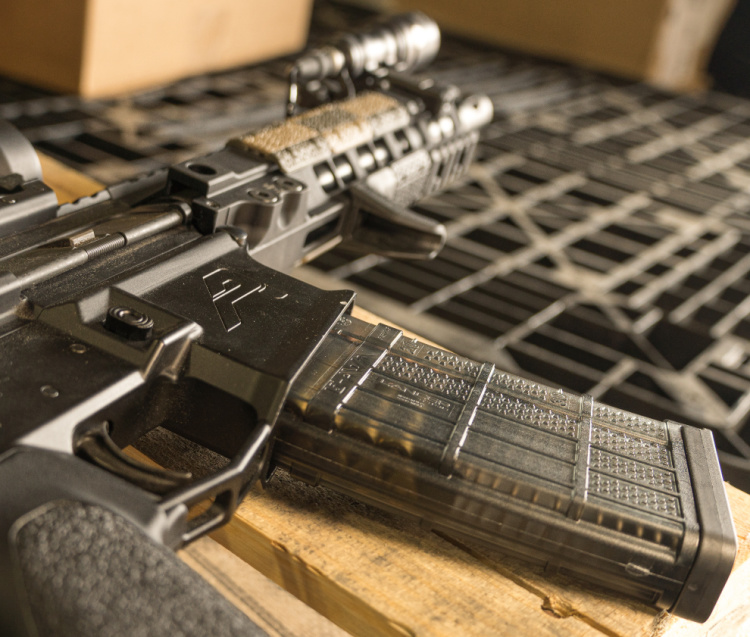 Ok, so much of the time we tend to think that more is better, right? So why would you choose a 20-round mag over a 30-rounder? Glad you asked! There are several reasons, actually.

•They’re easier to use when hunting or shooting from a bipod/bench.

• They’re easier for shooting from a prone position.

•Some folks prefer 20-round mags for the range. Since they’re more compact, they can be easier to store depending on your range bag/locker.

•Most ammo comes in 20 round boxes.

•For duty use, they’re easier to store in the vehicle, and there’s less mag bulk to snag maneuvering through doors and around corners.

•Some people say 20-round mags are just handier…and, well they still piss off the liberals, so there’s that.

Here’s what the 20-round magazine looks like, but it’s also available in Flat Dark Earth, Smoke, and Clear. 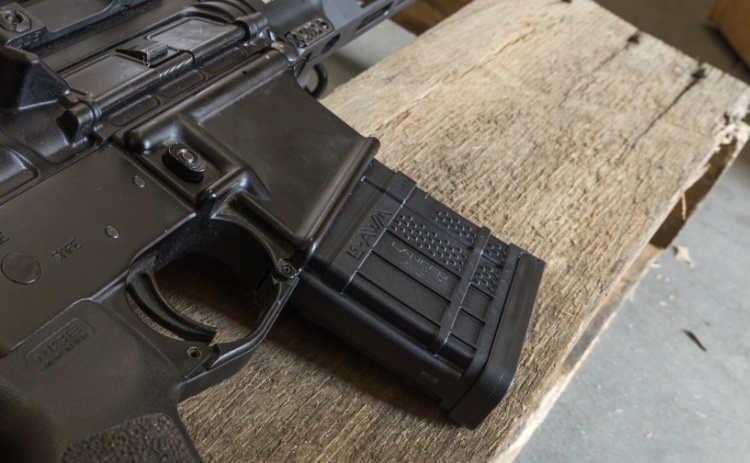 For those who live in states with magazine capacity limits, Lancer makes these 10-round AR-15 mags. They’re available in Black, Smoke, and Clear.

If you’re needing five-round magazines for hunting, or if your municipality mandates it, check these out.

These five-rounders are also available in Smoke, Clear, and Black.

So, maybe you want more than just a single mag. In fact, you don’t want to simply double, or quadruple your resources. You want more! We’ve got just the thing. You can decuple your measure (yes, that’s really a word) with this ten-pack of 30-round Lancer mags. That’s 300 rounds at the ready. Get some! 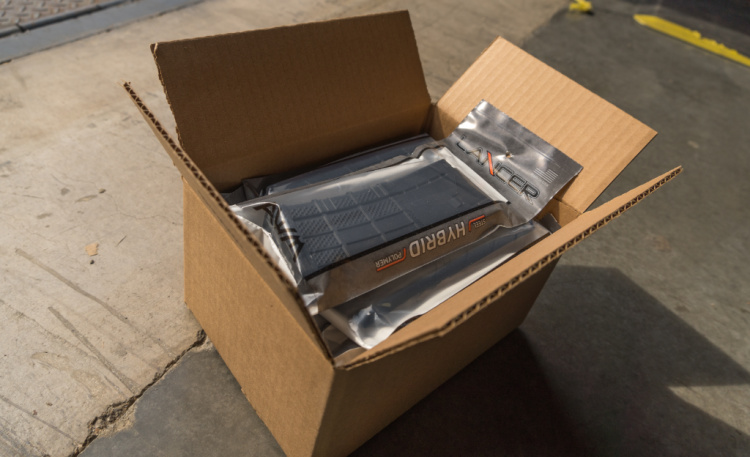