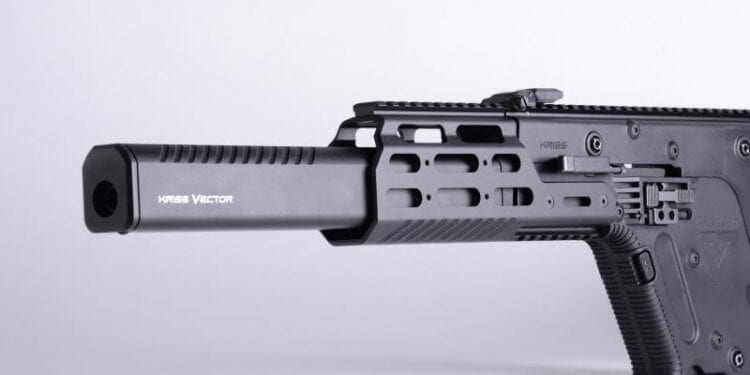 Are you tired of ot having enough rail space on our KRISS Vector? Well KRISS USA has come out with a modular handguard called the MK1 Rail. It slides over the lower recevier and bolts into the side where your side rails would normally be. 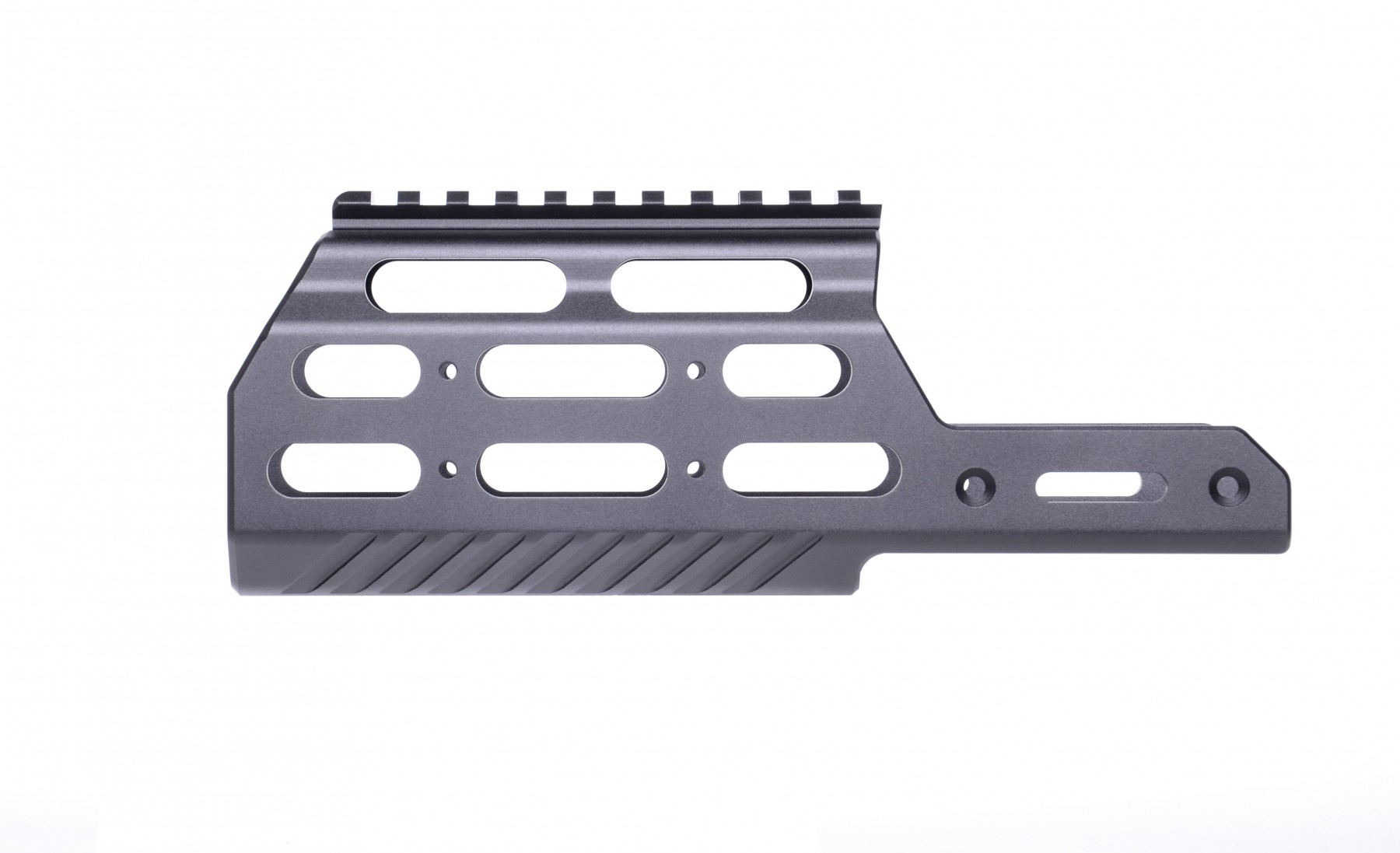 I first saw the MK1 rail at the last NRA show back in April. At first glance I thought they missed an opportunity to use MLOK rather than threaded holes and side rails. However that was due to my ignorance of the issues inherent in the design. 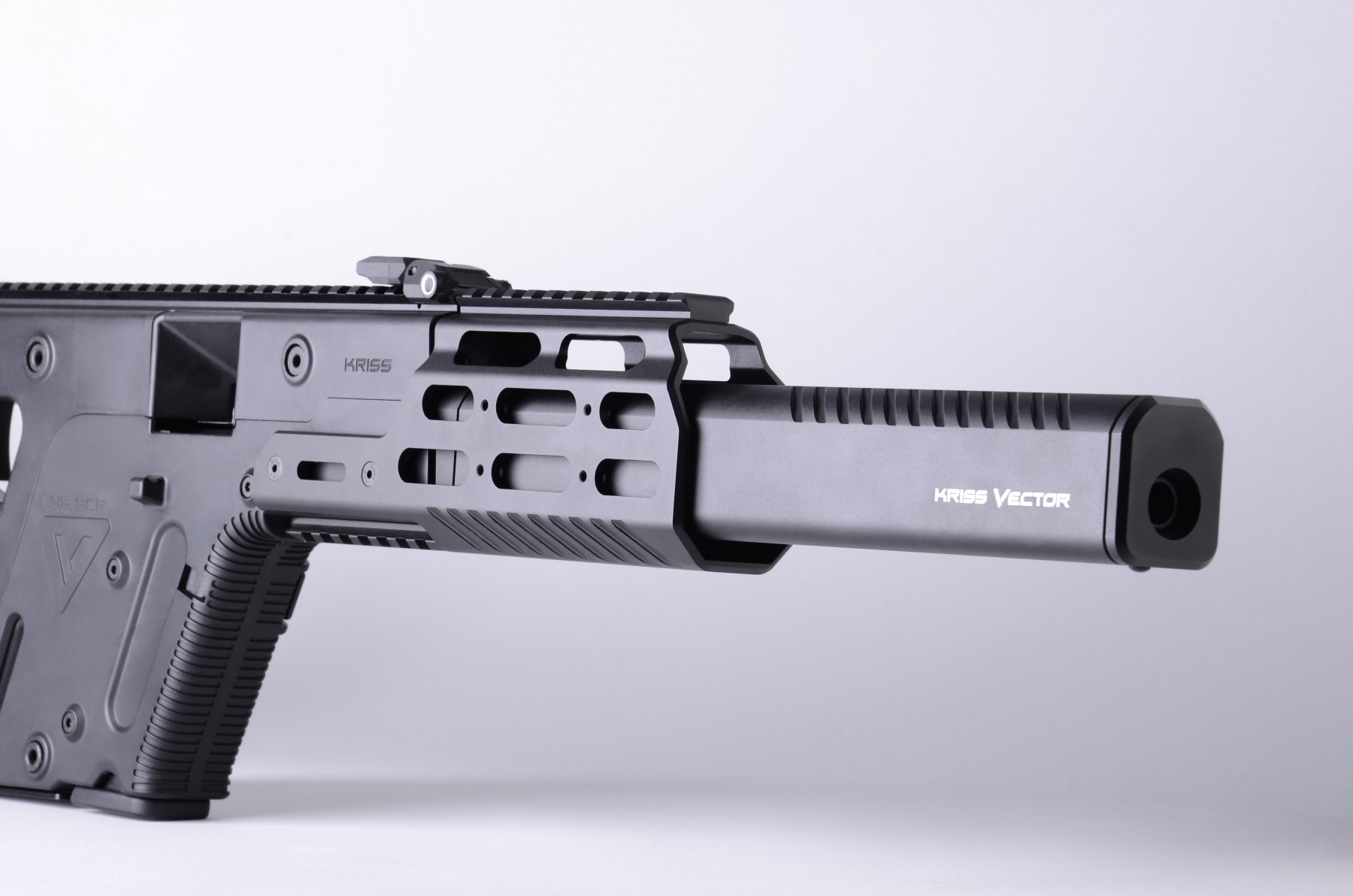 Looking at the Vector CRB above, you can see how little space there is between the handguard and the barrel shroud. There is not enough room to use MLOK hardware as the locking nut and screw would interefere with the shroud. In order to accomodate MLOK or Keymod, the rail would have to be larger. Here it is a slim as it can be.

In the past there were limited options in extended handguards for the KRISS Vector. Diamondhead USA made one a few years ago. 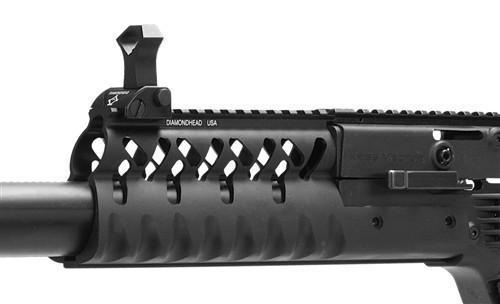 The Diamondhead handguard extended the top rail for a better sight picture but offered little in terms of side rails.

There are some airsoft quad rails that you could get like the one below. 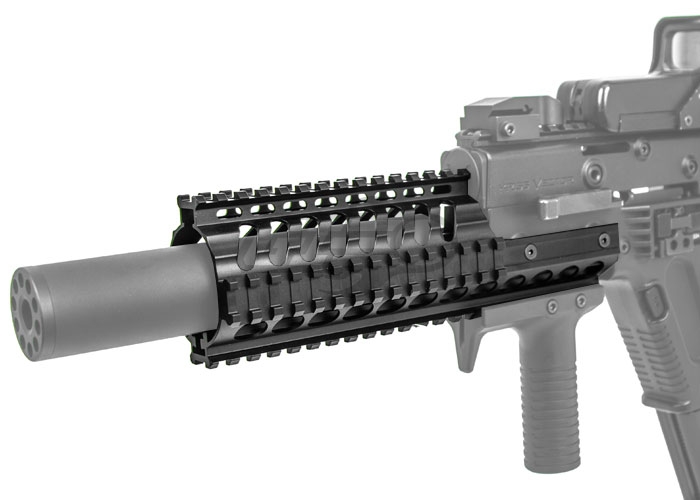 Or you had to modify a handguard like I did on my KRISS Vector carbine. This was a Midwest Industries Gen 1 free float AR15 handguard. It was wide enough to fit around the barrel shroud and lower receiver. 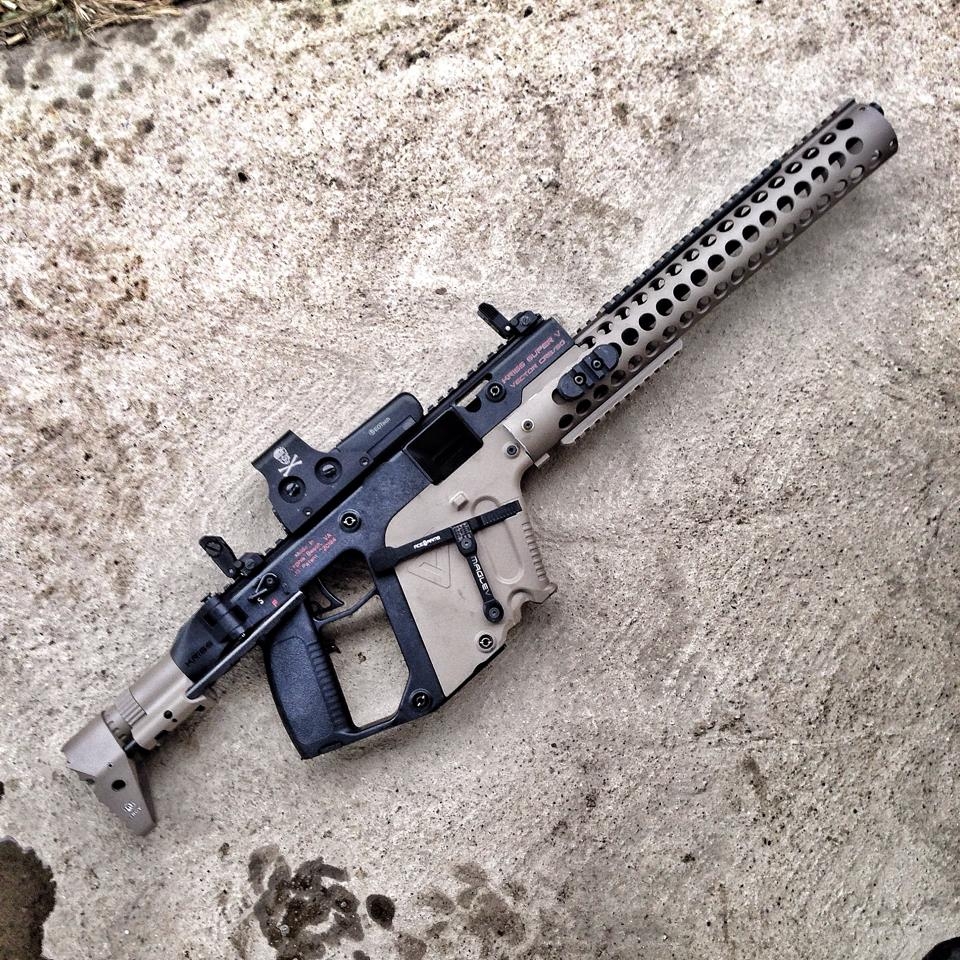 According to KRISS USA the MK1 Rail has an internal diameter of 1.72″. This should be perfect for using a suppressor underneath the handguard. KRISS USA markets this handguard for the carbine Vector however you could use it on a Vector pistol or SBR. The only issue is if you dont use a suppressor then your hand is dangerously close to the front of the muzzle and exposed to the muzzle blast.

The new KRISS Vector MK1 Rail retails for $149.95 and is available on their website.