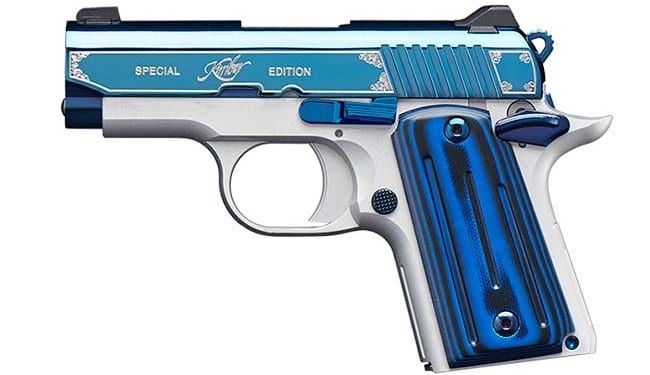 An expansion to the Kimber Micro 9 pistol line has just been announced. For those not familiar with it, the Micro 9 series is a line of compact pistols in a 1911 style and chambered in 9mm. These guns have a single action trigger for crisp shooting.
This expansion brings five new pistols to the popular series. Here is an overview of what is now available. 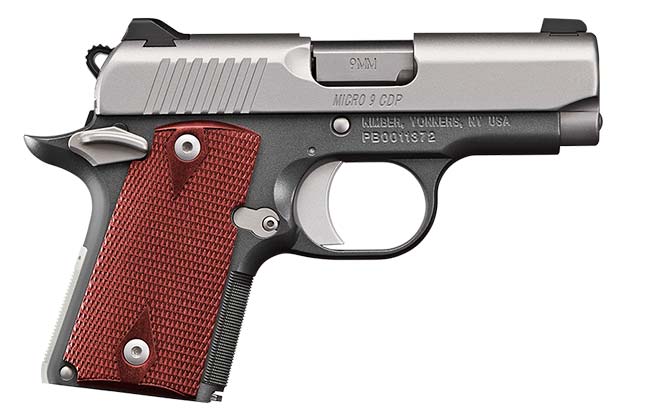 CDP stands for Custom Defense Package and is suggestive of the upgrades found on this gun.

CDP comes with tritium night sights for low light accuracy and has been treated to the company’s Carry Melt treatment. The Carry Melt process takes all the sharp edges off of the gun for improved carry comfort.
The CDP frame is a charcoal color while the slide has a satin silver finish. Rosewood grips are standard. The gun ships with a single 6-round magazine, so I would recommend picking up a few more to train with. Kimber keeps it under a thousand with an asking price of $924. 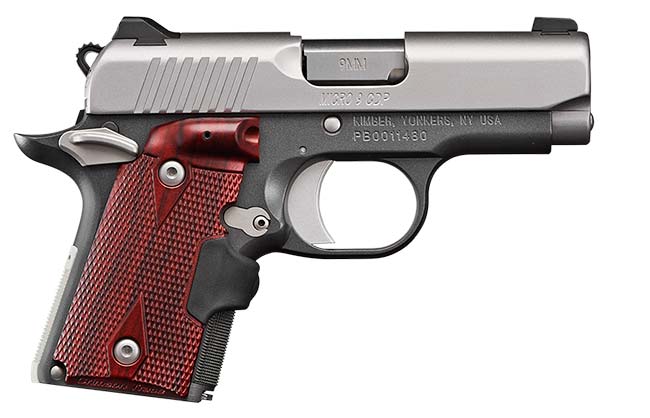 The CDP (LG) is the same as the CDP with one exception.

The CDP (LG) is the same as the CDP with one exception. This model adds a set of Crimson Trace Lasergrips to the gun. Even with the instant on red laser built in, the grips maintain the same look and feel of the orginal gun’s rosewood panels. With the Lasergrips, the price jumps up to $1,142. 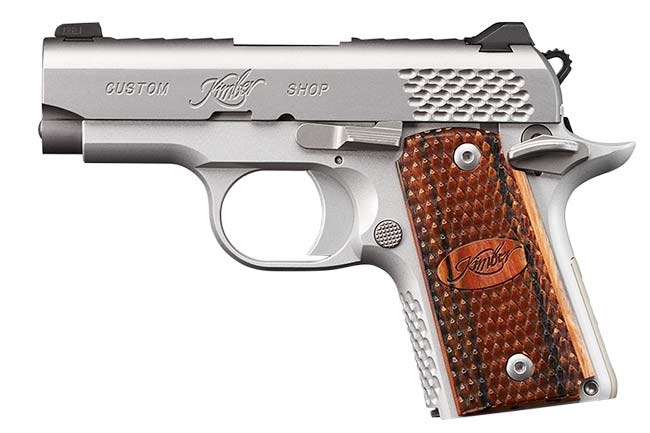 Finished in KimPro Silver, the Stainless Raptor has the same clean lines as the original Micro 9. Fitted with zebrawood grips, this pistol is quite the looker.

Good looks are not the only thing the Raptor has going for it. It three-dot night sights and a match-grade trigger for excellent accuracy in all lighting conditions. Kimber is asking $889 for this model. 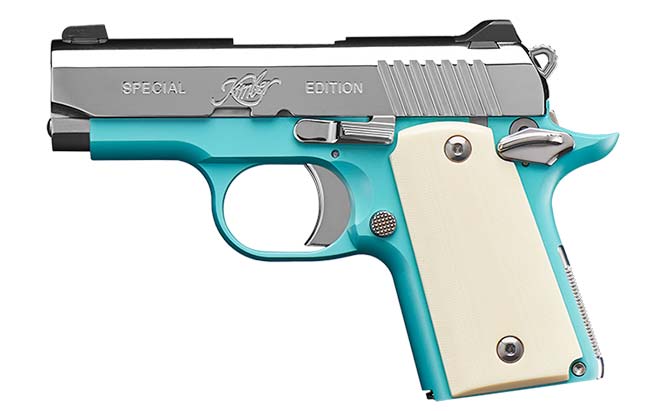 With the frame finished in Bel Air blue, a mirror-polished slide, and ivory-colored Micarta grips, this pistol has a lot of ‘old-school cool’ moxie.

This version of the Kimber Micro 9 has low-profile 3-dot sights and a match grade trigger. The suggested retail price is $864. 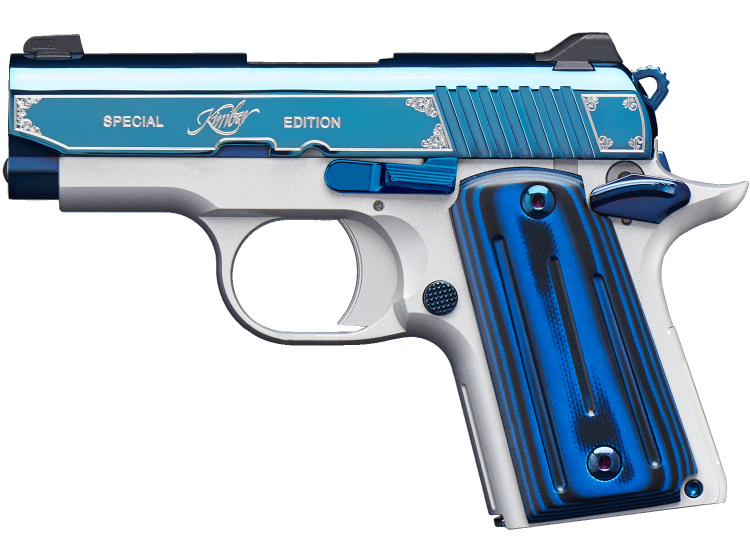 Perhaps the most striking of the Kimber Micro 9 pistols, the Sapphire model features a highly polished bright blue PVD coating on the slide.

It is offset by a satin silver finished frame and blue and black G10 grips. Small parts like the hammer and safety have a blue PVD finish that matches the slide.
Night sights are standard, as is the match-grade trigger. The MSRP is $1,061.
Read more at Kimber.