If you are a cigar smoker, you will know that there are a multitude of great drinks (alcoholic and otherwise) that pair well with your favorite smoke.  This is a gun blog, though, and booze and firearms do not mix. But there are few things finer than sitting back with a fine hand-rolled cigar after a successful hunt or a long day at the range.  So without further ado lets get to our first pairing, the two best things to come from communism: The Kalashnikov and the Cuban Cohiba. 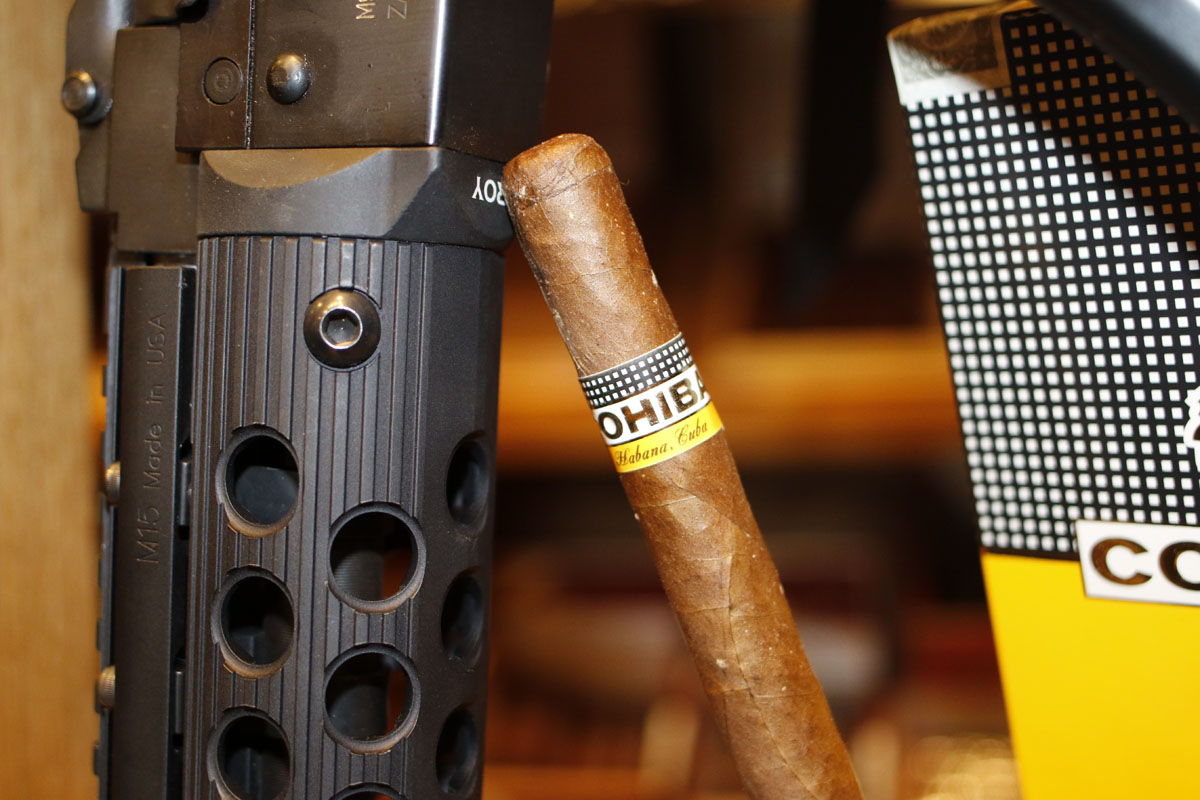 The AK-47 originated behind the Iron Curtain, but has ended up in the hands of insurgents, Communist sympathizers, drug cartels and, well, just about everywhere there has been violence in the world over the past 50 plus years. There are plenty of law abiding citizens here in The States with a taste for Kalashnikov’s masterpiece, too, in all of its various forms (like the PAP above).

The ol’ AK is cheap to make, easy to use and just flat out works. That is why it has had staying power and remains the rifle of choice of every self-respecting rebel.

On the flip side is another icon: The Cuban Cohiba Cigar. Where the AK is a bit rough, the Cohiba is refined and sophisticated. The Cohiba brand cigar is said to have gotten its start as the personal smoke of Fidel Castro. Almost all of the other brands of Cuban Cigars were famous before the revolution. Not the Cohiba. These cigars were first sold in the 1980s and have come to be regarded as the best of the best out of Cuba. 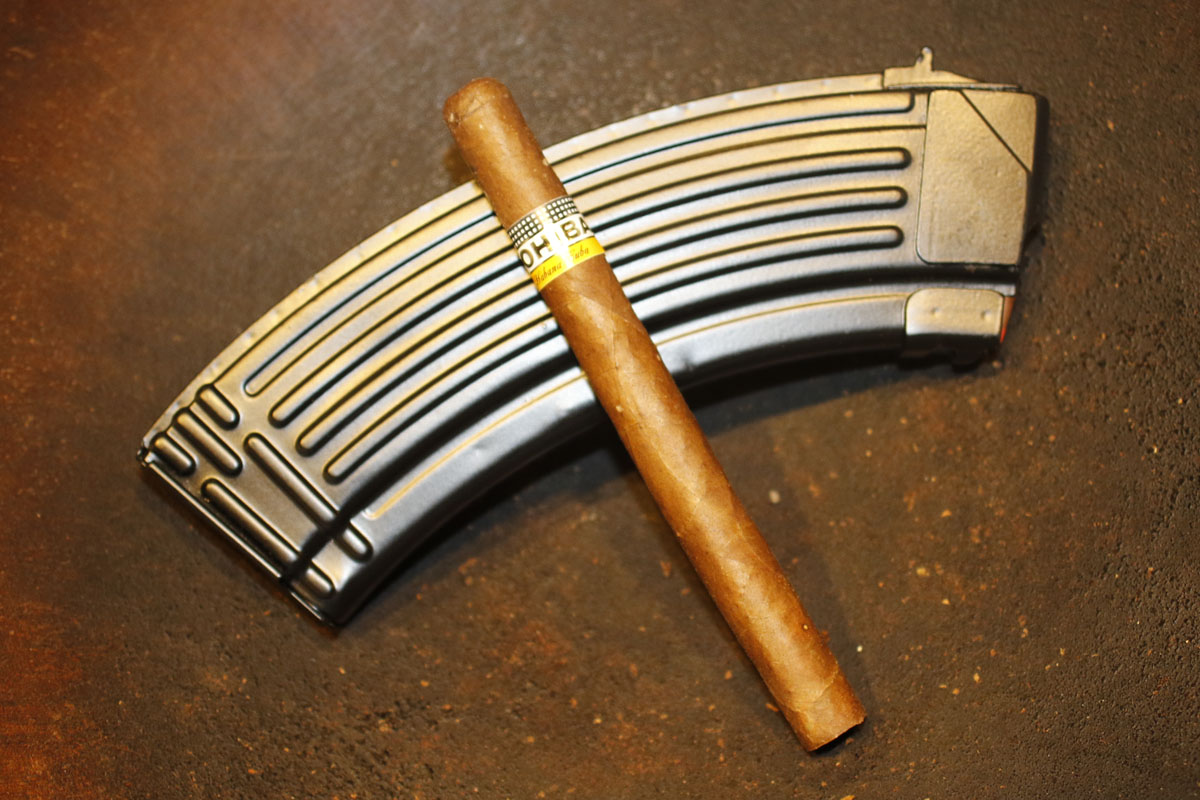 They are also what is referred to in the cigar world as a Puro, meaning they are “purely” made from tobacco from one country.  So if the Cohiba was a gun it would not comply with the 922(r) import regulations.  Of course the embargo is still in effect against Cuba here in the US, so you can’t legally buy them in The States.  But if you happen to find yourself in just about any other country on this planet, you can buy some and bring them home.  The same can’t be said for the AK. Don’t try to sneak one of them through customs.

AK magazines, though, are easy to come by. 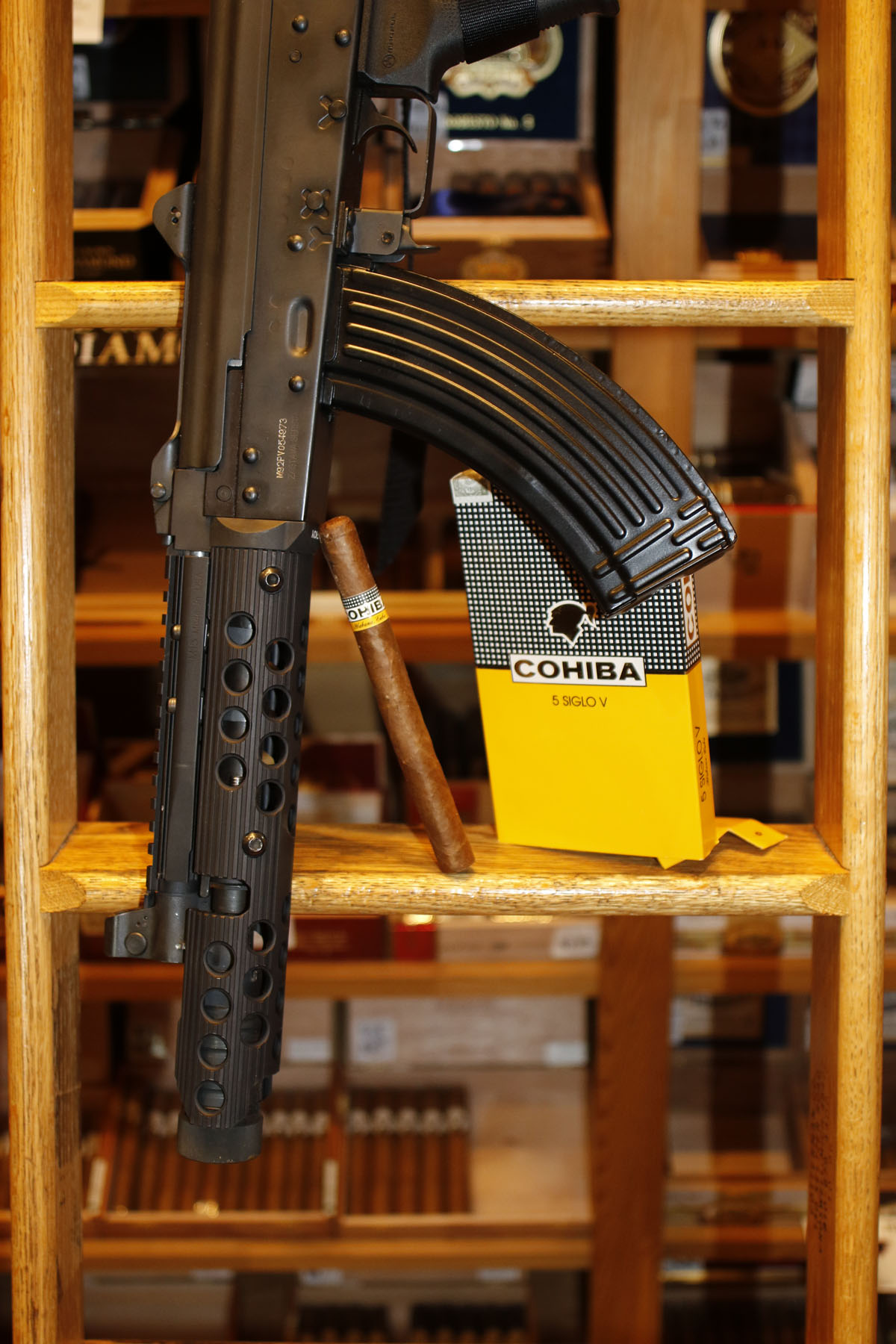 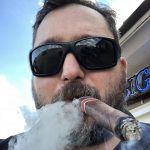 Arthur Fuerte
Arthur Fuerte is a professional tobacconist with a penchant for mid-century militaria. He knows his way around the cigar parings, single-malts, and classic American firearms.