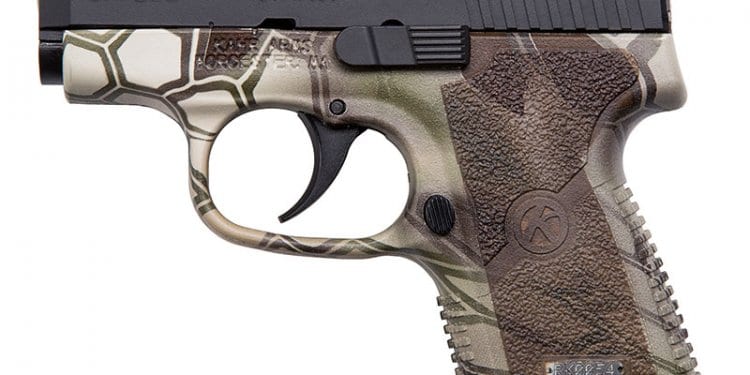 Kahr Firearms announced the company was now selling four new handguns that have a Kryptek camouflage finish and black hardware. The new guns are variants of very popular pistols already in the company’s catalog: the CW9, CM9, CT9 and CW380. Let’s take a look at what Kahr is offering with these new guns.

There are two aspects to the new finishes: the frame and the hardware. For the polymer frames, Kahr is using a water transfer process to apply a Kryptek camo pattern. Although not considered as durable as some other options, water transfer is often much more durable than it is given credit for.

For the slide, trigger and slide stop, the company opted to use a Cerakote finish using Armor Black. Cerakote is considered one of the top finishes available in terms of durability and corrosion protection. For a concealed carry gun, a Cerakote finish on the slide can prevent pitting and other signs of corrosion from sweat and exposure to the elements. Although it is purely a matter of personal opinion, I think the Armor Black matches the Kryptek nicely.

As I mentioned above, all of the announced guns already exist in the company’s catalog though with standard finishes. As it turns out, I’ve had a chance to shoot three of the guns extensively. 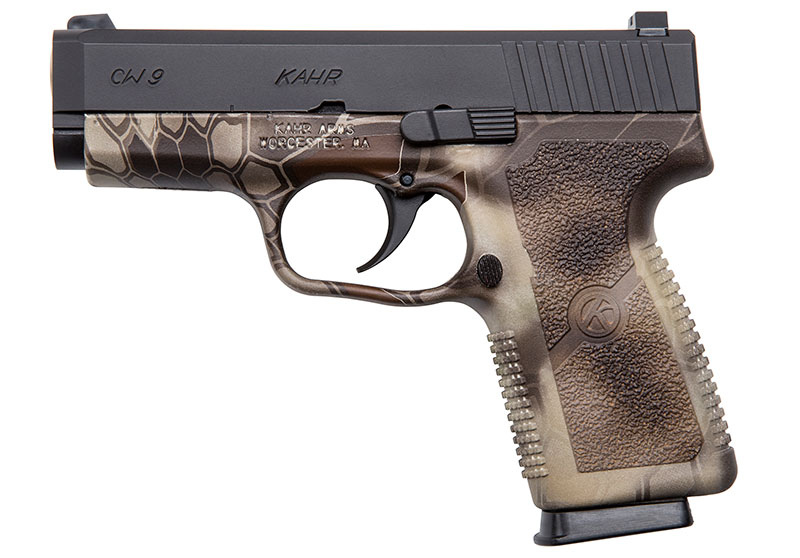 The CW9 is a compact pistol that sits, size-wise, between the next two. It has a 3.5” barrel and carries 7 rounds in the single stack magazine. For a lot of people, this gun is a great concealed carry piece. In my own shooting, I found it to be accurate and reliable with modest recoil. With the Kryptek finish, the suggested retail price is $495.

The CT9 is one of the guns I like a lot for concealed carry. My brother-in-law introduced me to this pistol, and I was impressed from the first shot. It is also a single stack gun which keeps it thin. However, it has a full grip and 4” barrel. This gives the ammunition duty gun velocities while allowing you maximum control over the handgun.

Carrying inside the waistband, this gun is very concealable. The Cerakote finish will keep the slide from pitting, and the stated price of $477 seems reasonable to me.

I carried the Kahr CM9 daily as a backup gun during my final stint in uniform as a police officer in with an urban law enforcement agency. The gun was a great balance of reliability, accuracy and firepower in a sub-one pound package. It never failed me, and I am comfortable recommending them. 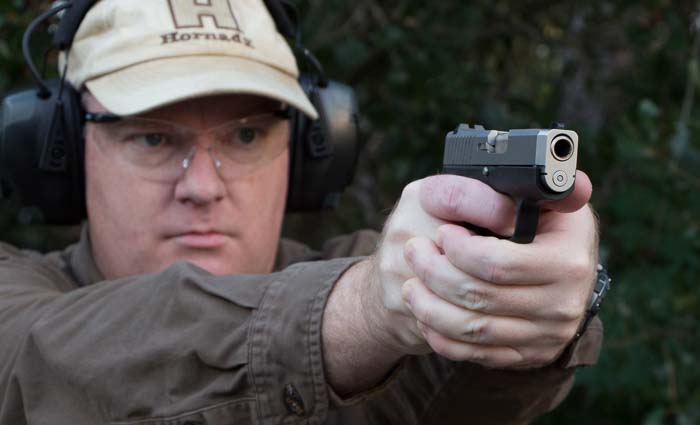 Although the gun comes with a flush fitting 6 round magazine standard, I used the extended 8 round magazines while on duty. In addition to giving me two additional rounds before a reload, the extended mag also gave me extra hold on the pistol.

Like the models above, this one has the camo finish and Armor Black coating on the exposed metal parts. While the original finish held up well, I would have preferred to have the Cerakote finish on the slide since I carried mine on my ankle and worked around salt water. The new variant has a MSRP of $499.

The smallest of the bunch is the CW380 that is chambered in .380 ACP. This gun is very light (about 10 ounces without a 6-round magazine) but is still accurate and reliable according to the people I’ve spoken to. Of all the guns in this article, this is the only one I’ve not had extensive range time with. Based on Kahr’s reputation, I’d be willing to give it a go if I was in the market for another .380. Kahr lists this one for $439.