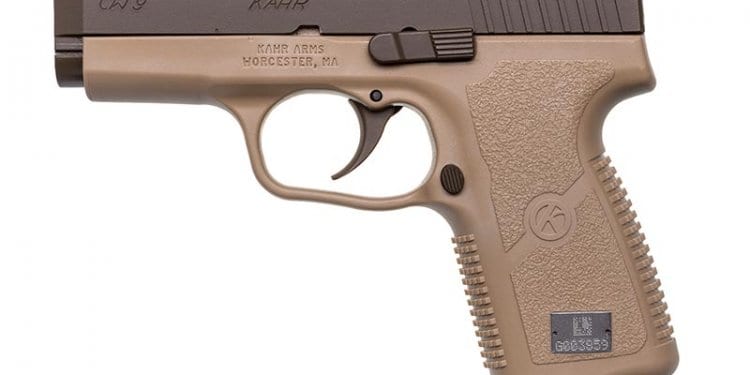 Kahr Arms announced a pair of variations of the CW380 and CW9 pistols. These new limited run guns feature a new Patriot Brown and desert tan finish. Let’s take a look at what Kahr is offering.

The PBR in the model number doesn’t stand for beer, rather for the new Cerakote finish on the slide and other exposed metal parts. Both the trigger and slide stop get the finishing treatment in the matching brown. Paired with the dark brown color is the new polymer grip frame that has a desert tan color. This gives the gun a two-tone appearance. 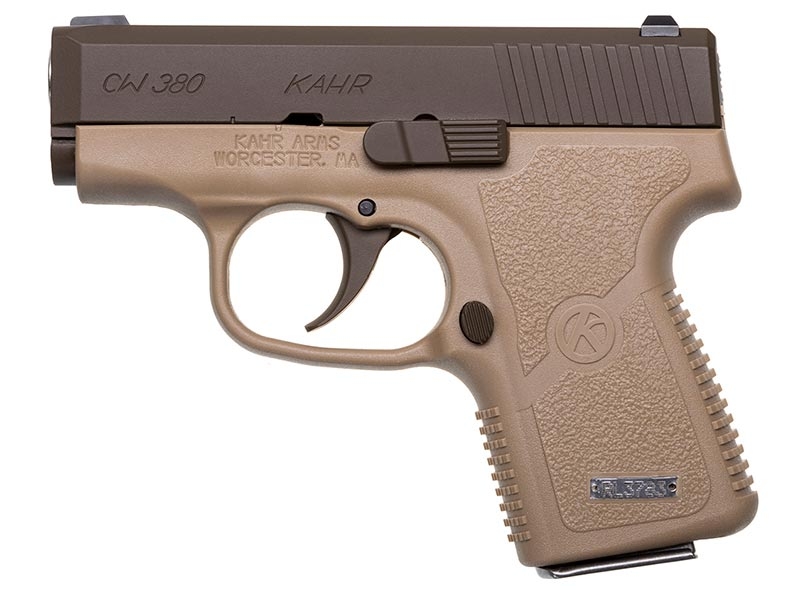 I don’t know that this color combination has a lot of “tactical” benefit, but it is an aesthetic that many shooters like. The beauty of this gun is more than skin deep, though. Other than the specialty color combination, the pistol is a reliable CW380 pistol through and through.

Like the basic CW380, the Patriot Brown model is chambered for the .380 ACP and flush fitting magazines hold 6 rounds. Unlike a lot of compact .380 ACP pistols on the market, this is not a cheap blowback pistol. Rather, it is a Browning type locked breech gun. In general, this means the action of the gun eats up some of the felt recoil. When compared to a blowback gun of a similar size, the CW380 can be much more enjoyable to shoot. 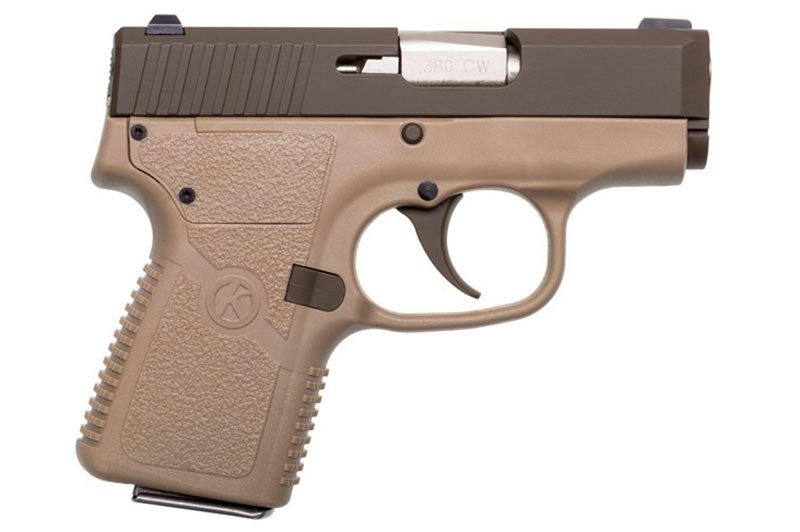 Many shooters like the smooth double action only (DAO) trigger used by Kahr. Although this is a striker-fired pistol, it does not have the hard, mechanical trigger than many striker-fired guns have. Instead, the trigger has a smooth roll to it – something more akin to a revolver than a typical polymer pistol.

This CW380 is light and small making it relatively easy to conceal. It is about 0.75” wide at the slide and weighs about 12 ounces unloaded. With a 2.58” barrel, this gun is perfectly suited for backup carry on an ankle or ballistic vest, and it can serve well as a pocket carry pistol. With the limited edition colors, the gun has a MSRP of $439 which is only $20 more than the base model.

Another Patriot Brown and tan combination pistol, this gun is based on the CW9 pistol. The CW9 is a single stack 9mm pistol that I like a lot. In addition to being extremely reliable, I’ve found the gun conceals easily and shoots well. In my gun, I’ve gotten extremely good accuracy with all kinds of defensive ammunition. 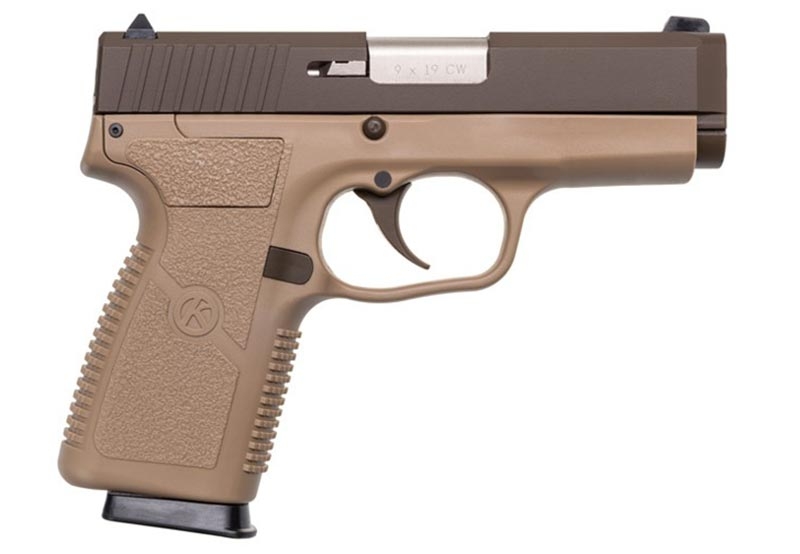 Like the CW380 above, this gun uses a single stack magazine. However, the CW9 has a longer grip than the .380 pistol. This gives it a 1 round advantage in the standard magazine giving it a total of 7+1. The 9mm handgun is a little thicker – about 0.9” across the slide – and has a 3.6” barrel. Although this is not my daily carry pistol, I have carried mine extensively and have no problems recommending them for CCW use.

Part of the company’s Value Series, the base model is only $449 while this limited run model is a touch more at $495. At less than $50 for the Cerakote process, the price is a bargain when compared to having it done by a third party. If you like the look of this gun, I think the additional money is well spent. Of course, if you want something with a camo pattern, Kahr also offers the CW9 with a Kryptek finish on the frame.