The Inforce Wild2 pistol light is an aluminum frame weapon-mounted light (WML) first introduced at SHOT Show 2020. Like most pistol lights available (as of this writing), the Inforce Lights “Weapon Integrated Lighting Device” 2 is a dual battery (CR123) tactical light described by the manufacturer as a “full-size model”. This is probably to distinguish it from WILD 2’s forthcoming single-battery cousin, the WILD1.

The WILD2 is the first of Inforce’s pistol lights not built with glass-reinforced polymer.

The WILD2 is compatible with both 1913/Picatinny and Glock Universal rails. It can be quickly switched between both kinds of rails with the proprietary Inforce crossbar mount.

WILD2 made its commercial appearance in late September 2020 and was the first of Inforce’s product releases that year. The WML has an anodized 6061 aluminum frame, as are the battery door and activation switch. This was a departure from previous Inforce models, which were largely constructed of a glass-reinforced polymer.

Activation is simple: press and release either of the left- or right-side paddle switches (which were designed to accommodate natural finger movement). A battery change can be quickly accomplished by using the top plate button to open the battery compartment door and rotate it open. This button is inaccessible (and thus should not be activated) when the device is attached to a firearm. The rotating, captive rear door is anchored with a steel pin and will pull back before pivoting open to allow access.

Features of the WILD2 WML model include:

“Our Wild series has been a long time in the making, and we’re very pleased with the result. In the series, Wild2 and Wild1 lights incorporate our corrective responses to various weaknesses of popular existing aluminum pistol lights. Accordingly, from aesthetic, structural, and performance standpoints, as well as regarding ease of activation by the full spectrum of conceivable users, we believe these are excellent products, and we’re excited to get them into our customers’ hands.”

Scroll down for additional information, tutorials, and review videos of this Inforce tactical light.

Holsters are available for the WILD2 weapon-mounted light. An example is seen here: LAS Concealment holster designed to accommodate a mounted tactical light. 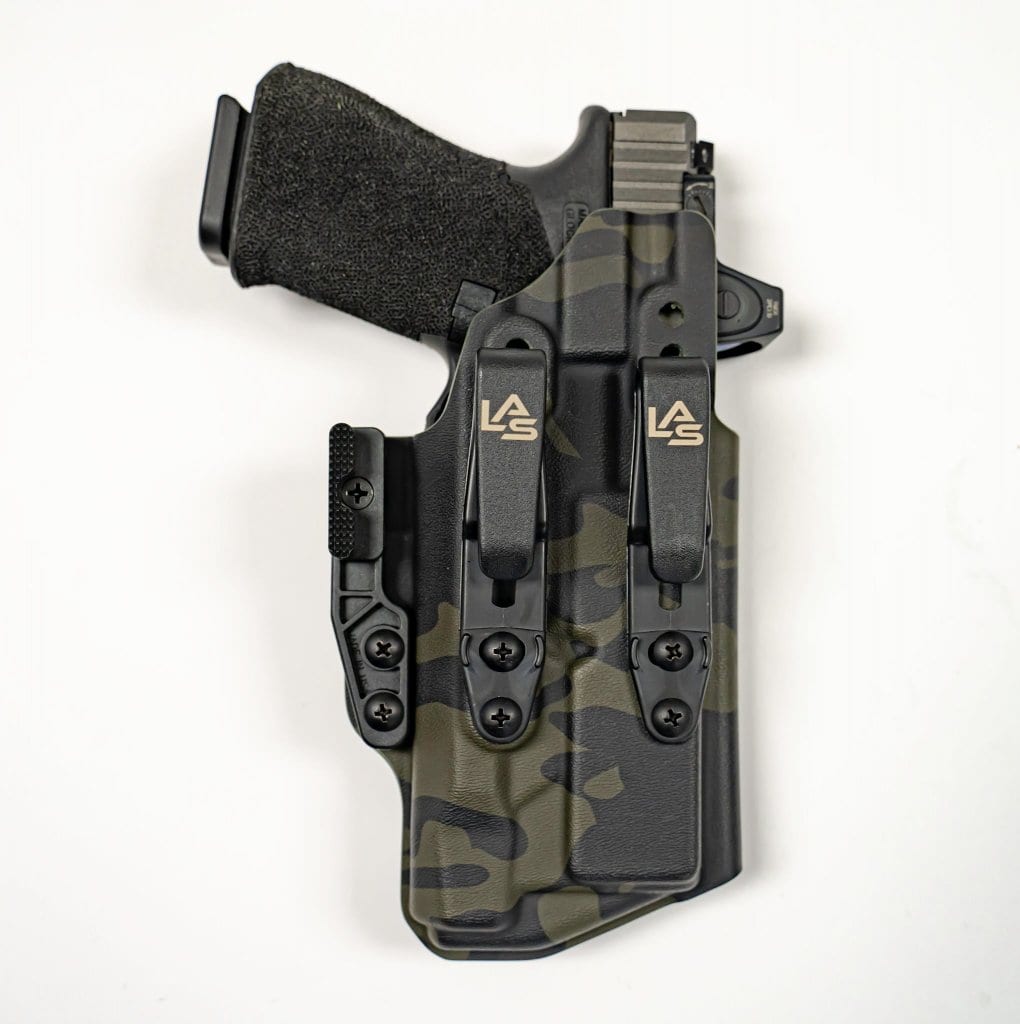 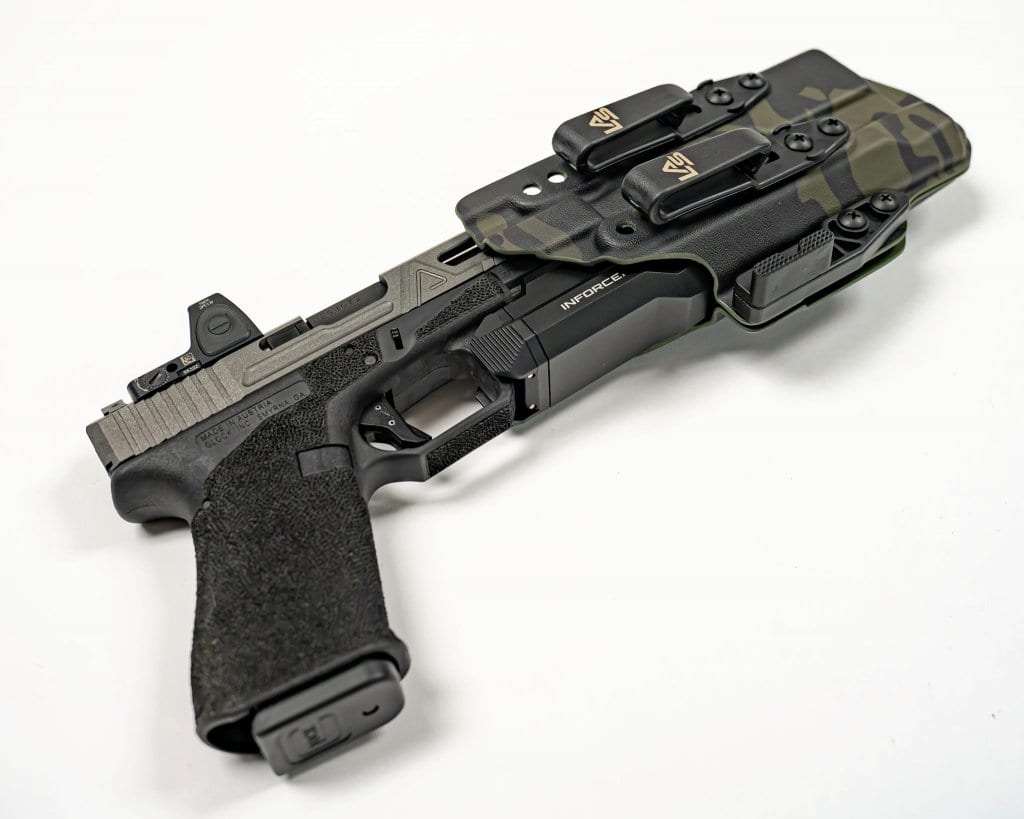 The Inforce brand is a part of the Emissive Energy Corp., self-described as an “…ISO 9001:2015-certified American manufacturer of optoelectronic systems that designs, engineers, and manufacturers weapon-mounted light options and weapon accessories, as well as OEM products for a variety of U.S. and international customers.”