HSGI, widely known for its “Taco” expandable (and borderline universal) magazine pouch line, has a new product available: the HSGI Polymer Taco. Expanding and contracting down the bungee-equipped sides just as their predecessors did, this newest series of polymer taco gun magazine holder is built with a lightweight, waterproof polymer material.

There are (as of this writing) five different versions available. High Speed Gear explains:

Five different polymer models are being rolled out to cover any need from pistol to rifle magazines and more.

The Poly Pistol TACO and the Poly MINI TACO for handgun magazines includes HSGI’s new Universal Clip that allows the user to mount the Poly TACO on MOLLE or a belt up to two inches. The pop-lock configuration orients any excess bungee down and out of the way. Designed with a flared top for easy insertion of magazines and has attachment points on the front for the addition of other pouches. The MINI TACO offers a shorter pouch for an easier grip on the magazines.

The Poly Rifle TACO and all of the new polymer TACOs function identically to their nylon counterparts, but now with the body and brackets made from a durable, flexible, proprietary polymer and laced together with bungee cord offering the familiar versatility HSGI customers count on with the TACO line. The opposite interior magazine catch channels enable a smooth insertion of both left and right-facing AR-style magazines and flared tops enable easy reinsertion of magazines. The TACO’s polymer materials are waterproof and built-in grommets allow for easy drainage on all the polymer models. Attachment points on the front of the TACO allow the user to modify and add other pouches. 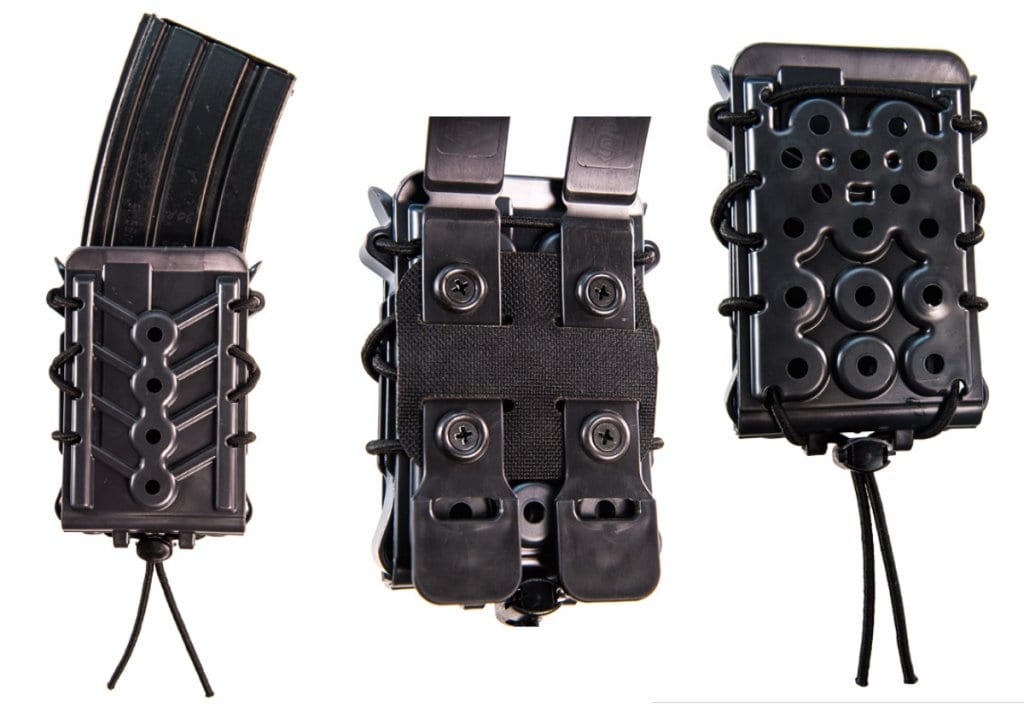 The Poly X2R TACO is designed for any type of rifle magazine with a double-decker feature that allows the user to carry two mags in a single pouch and only takes up three inches of horizontal space on the rifle platform. The Poly Double Decker™ TACO combines a rifle magazine pouch and pistol magazine pouch in one secure unit for an infinite variety of rifle and pistol magazines while only taking up three horizontal inches on the platform. Like the other polymer TACO’s, the Poly Double Decker TACO mounts to both MOLLE and belts up to two inches with the new universal HSGI clips. 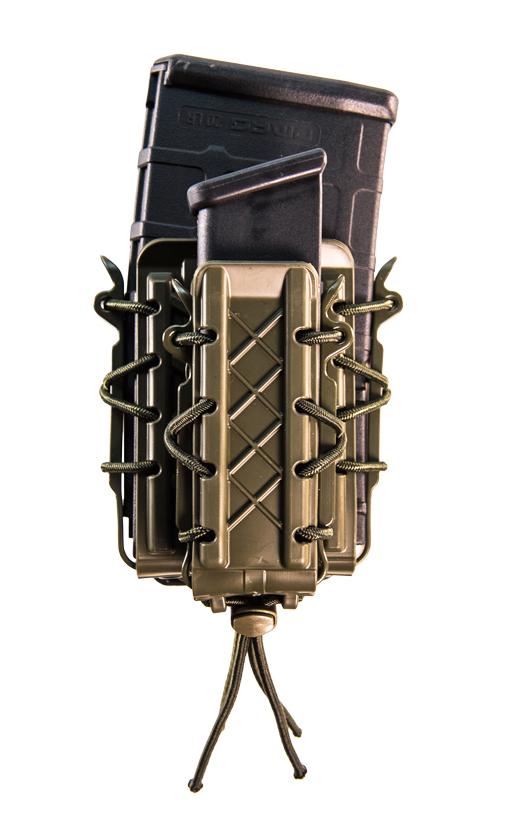