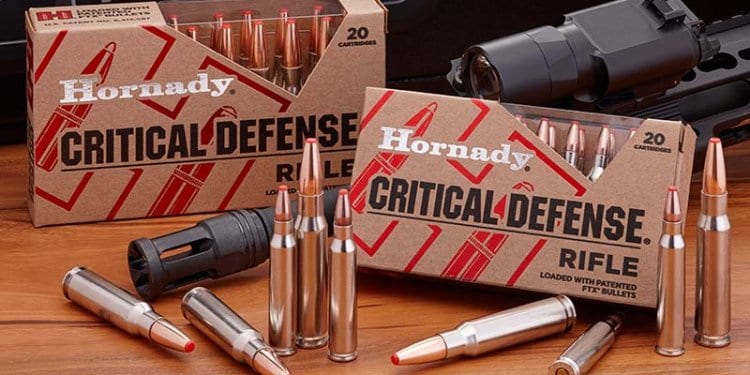 Many people are choosing a rifle for home defense in modern times. The most popular choice in defensive rifles seems to be the AR platform, which makes a lot of sense to me. AR rifles have proven to be reliable performers and are easily adaptable by shooters of all sizes and capabilities.

Most of the AR-style rifles are chambered for the .223 Remington (.223 Rem) or 5.56 NATO cartridges. While there are technical differences in the two cartridges, the .223 Rem reliably runs in 5.56 NATO rifles.

In the context of home defense, the .223 Rem can be a great choice. With the correct ammunition, the round can be effective at stopping a violent intruder. An additional benefit is that the round does not tend to over-penetrate as many other heavier, larger caliber rounds can do.

Several years ago, Hornady Manufacturing Company rolled out a new line of handgun ammunition called Critical Defense. The purpose of this ammo line was to provide loads that would provide consistent expansion in probable self-defense encounters.

This approach was a departure from most ammunition manufacturers that were engineering loads based on the FBI’s arbitrary ammunition performance guidelines. While the FBI guidelines are a reasonable standard to use to measure performance of two different loads in a static medium, it is biased toward law enforcement scenarios that are unlikely to be encountered by the average citizen in a defensive role.

The Critical Defense line proved popular and expanded over time. Currently, it has more than a dozen handgun loads, a pair of shotgun loads and a .30 Carbine offering.

Now the company is offering a significant addition to the line up: a pair of new loads for the .223 Rem cartridge.

For the .223 Rem, Hornady is offering a pair of loads. One uses a 55 grain bullet while the other uses a 73 grain bullet.

Hornady states that these loads were developed specifically for “short-range defensive situations,” which should make them ideal for home defense scenarios. Like other Critical Defense loads, these offerings use a variation of the FTX bullet design: a hollow point with a flat polymer plug that helps ensure expansion at a wide range of velocities and through heavy clothing. According to Hornady, these rounds will perform well at low velocities through short barrel rifles. 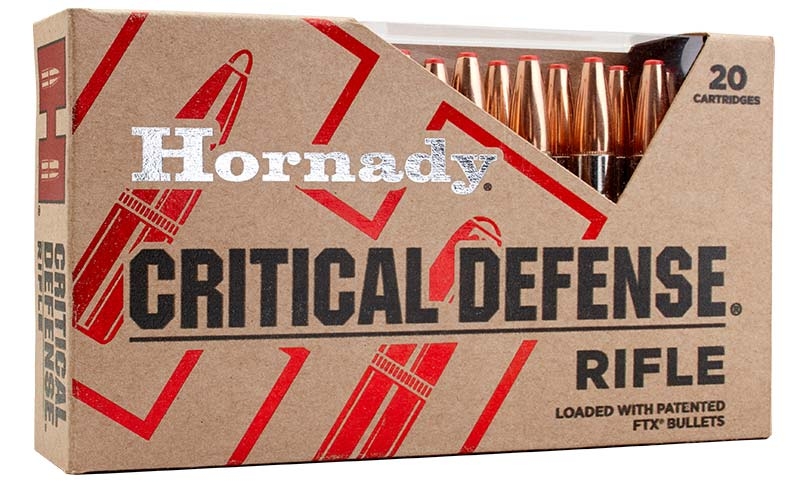 These loads use a low flash powder to reduce the possibility of distraction or blinding should you be forced to pull the trigger to defend your life. The cases are nickel-plated for increased lubricity which may help in improving reliable feeding in your gun.

For years, I have used the Hornady TAP 55 grain loads in my rifles for home defense. I like the look of these new loads and may soon load my PMAGs with the 55 grain Critical Defense load.