Is Your Holster Making Your Pistol Inoperable? 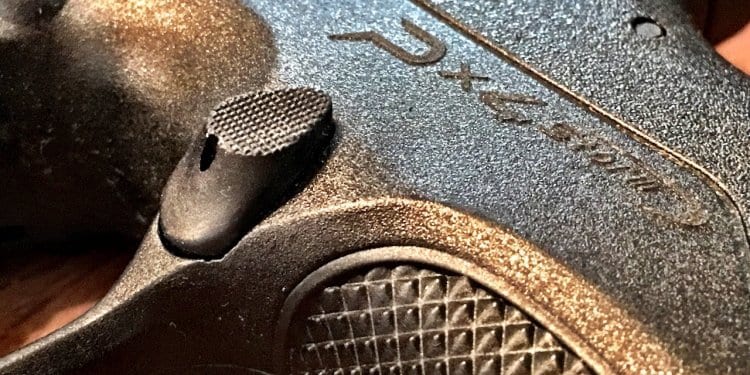 Here’s a frightening scenario. You find yourself in a self-defense encounter. OK, so that’s frightening enough, but it can get worse. What if when you go to draw from your holster and fire your pistol, it doesn’t work? Or maybe it shoots once because your magazine is either unseated or, worse yet, completely missing.

What? How’s that happen? On (thankfully!) rare occasions, certain combinations of pistols and holster types have the potential to put pressure on the magazine release button, thereby unlocking the magazine from the pistol. That’s kind of a bad thing, especially when you aren’t aware that it has happened. 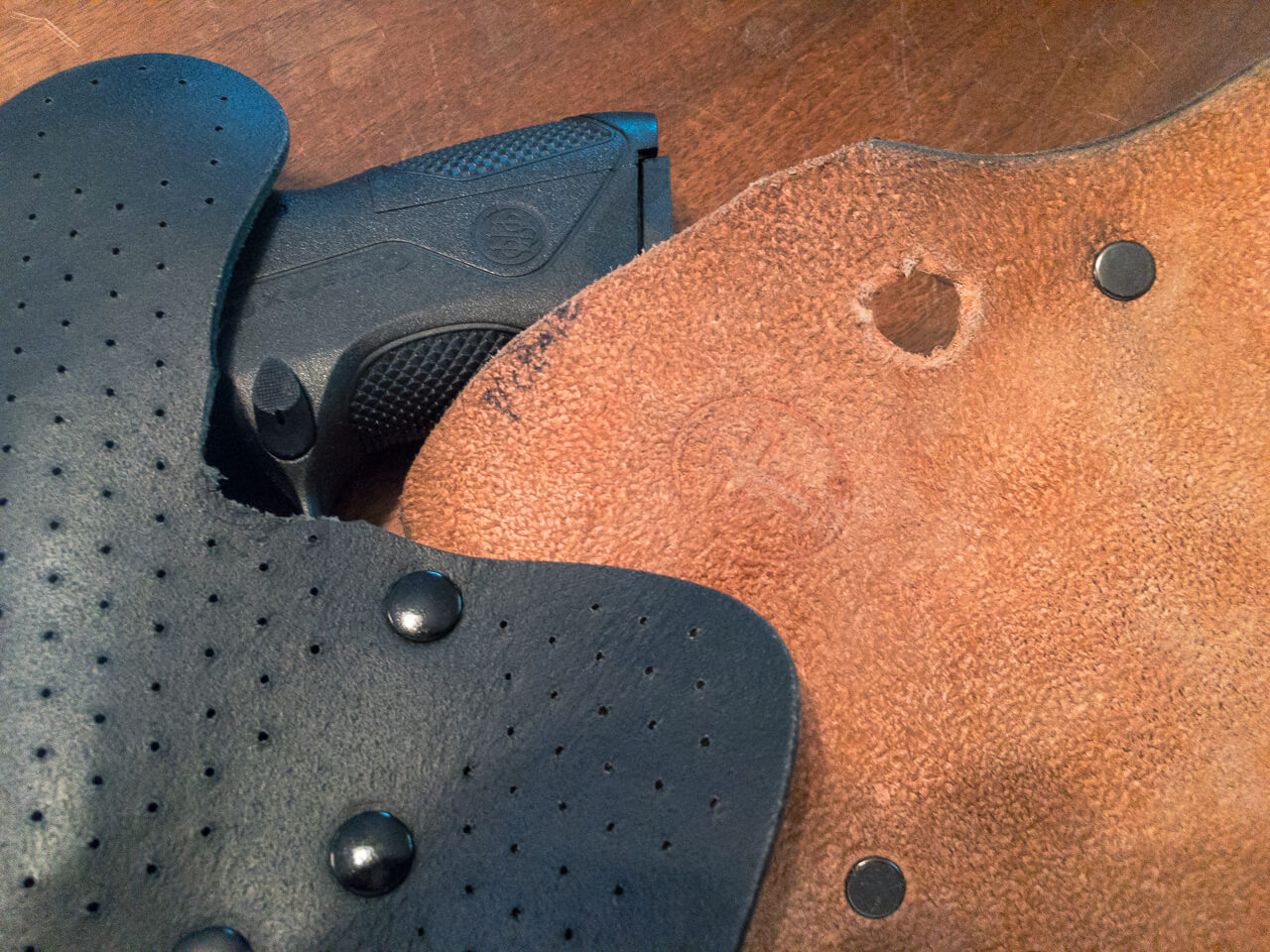 Both of these holsters required a bit of home surgery to make sure that the backing material wouldn’t press on the magazine release.

A few different conditions blend into a perfect storm of fail. First, I’ve only seen it happen with inside the waistband carry. By definition, and usually considered a benefit, IWB carry exerts plenty of pressure on the gun and holster rig. That keeps your gun secure and concealed. However, that pressure can work against you in certain situations.

Some pistols, like Beretta PX4s, have aggressive magazine release buttons, meaning that they extend out from the frame. That makes them easy and consistent to operate, and in normal conditions, never creates any negative impact. However, some holster designs can cover the magazine release button. That, combined with the natural pressure of inside the waistband carry, can pop the button unexpectedly, either fully or partially. While this scenario is unlikely when standing or walking, some movements like getting into and out of a car or chair can cause temporary “extra pressure” on the holster and pop that magazine release.

First, check your IWB holsters to see how the holster structure is designed around your pistol’s magazine release button. Hybrid holsters without a “combat cut” are particularly susceptible to the problem. If the leather backing covers the magazine release, you can always switch holsters. Or, you can always do your home-grown combat cut surgery. By merely removing some material in the offending area, you’ll most likely solve the problem without creating any functional issues with the holster. 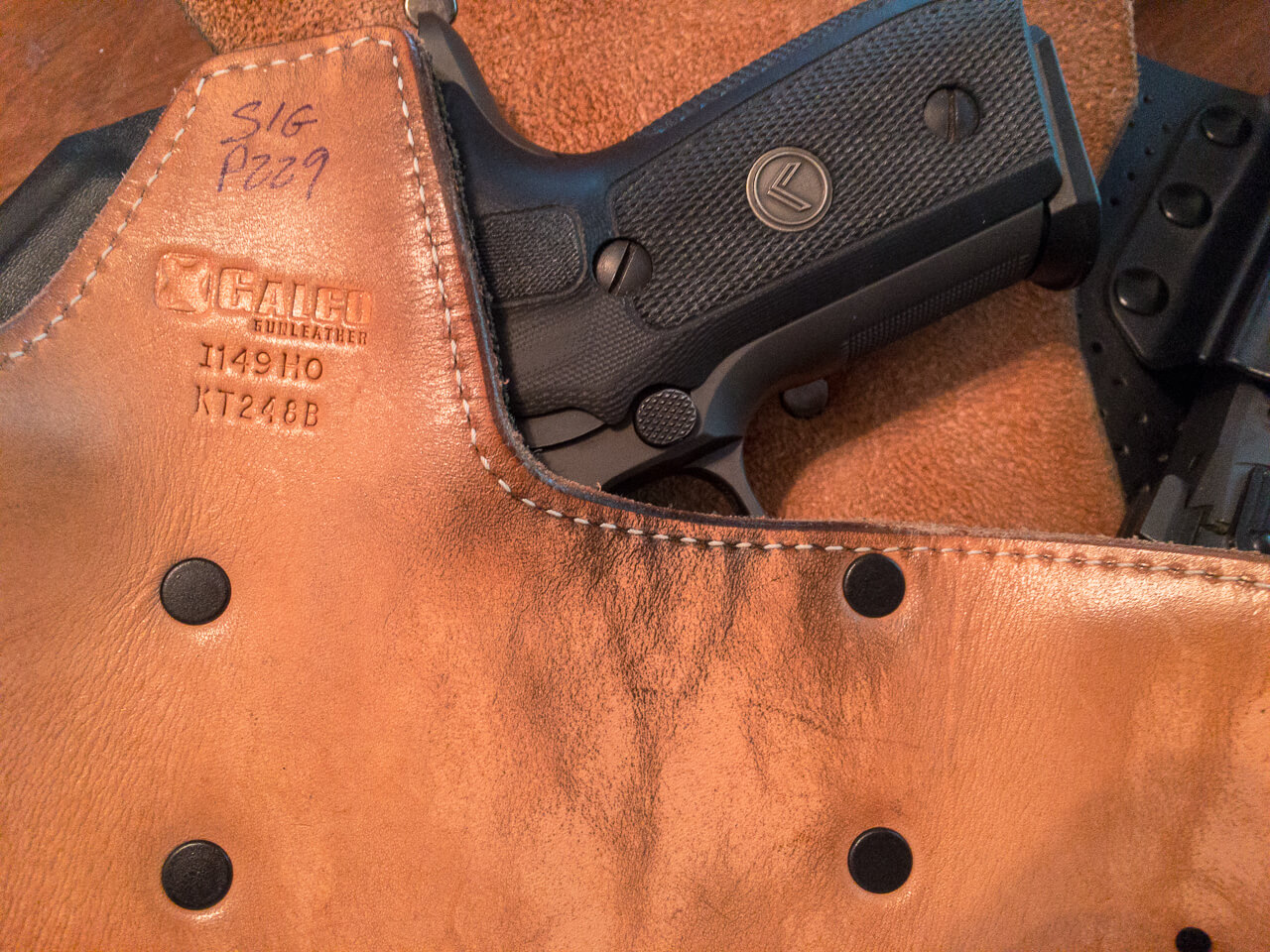 This Galco KingTuk holster comes standard with a combat cut. In addition to making the draw easier, it leaves the magazine release unhindered.

If you carry inside the waistband, it’s a good idea to check your rig to make sure that the accidental magazine drop won’t be a problem for you. Using an unloaded gun, do a careful visual inspection and then mount the holster and gun and go through a range of movements, looking for situations that might create a problem. While rare, I’ve run into this issue with three or four gun and holster combinations over the years.