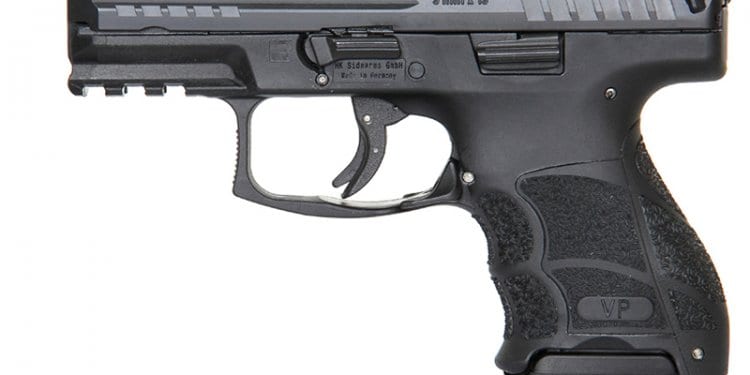 When Heckler & Koch introduced the VP9, one of the first questions I heard was “When is a compact model coming?” After some very strong rumors for several months, HK officially announced the VP9SK today.

The new subcompact pistol is like its older brother in several respects. Both are 9mm handguns that use a polymer frame and are striker-fired. Additionally, the new pistol will use interchangeable back straps and side panels to help the hand best fit the gun.

Unlike the larger pistol, a finger extension floor plate will be available for the VP9SK. However, a flush fitting base plate is also available to best fit your concealment and shooting needs. 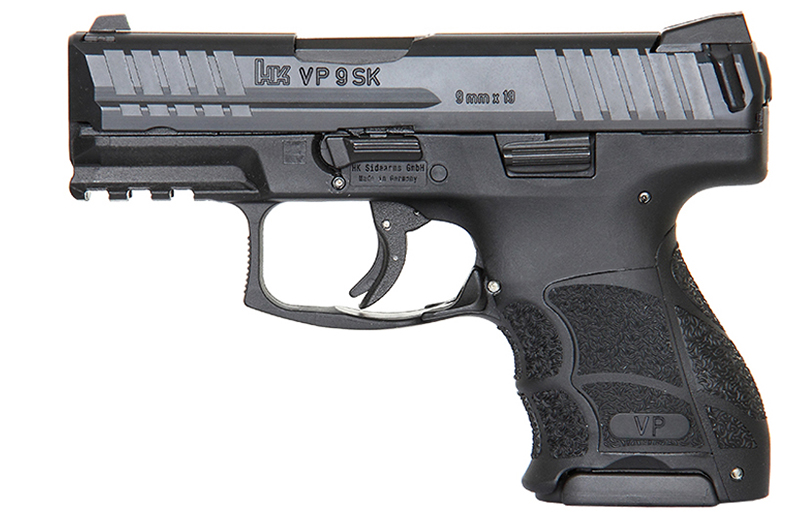 As with the original, the VP9SK is completely ambidextrous. It uses a paddle style magazine release, which I was surprised to discover I liked quite a bit on the full size gun. I’ve had problems running a paddle magazine release on Walther pistols and did not expect to like it on the VP9. I wound up running the gun very fast with the paddle release and had no problem in transitioning to it from a push button style release.

HK equips the VP9SK with 10-round magazines standard. However, the company states that 13-round and 15-round magazines with grip sleeves will be available later in the year.

Although the company doesn’t directly address this, I suspect that the new guns will run on the full-size VP9 magazine. The key, however, would be to avoid slamming them home when reloading. This could damage the ejector and render the gun inoperable.

The new pistols have a suggested retail price of $719.