Hemingway and a Hemingway: A Gun-and-Cigar Pairing Guide 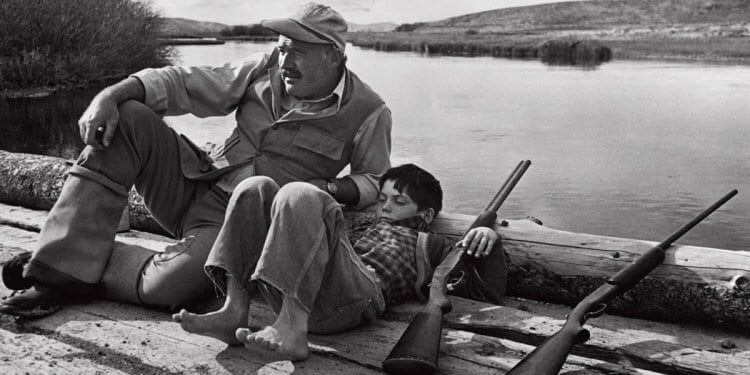 Ernest Hemingway was a gun guy. He went on safaris to Africa, drove an ambulance during WWI, worked as a war correspondent during the next World War and even found time to write a bunch of books. Starting in 1940, Hemingway lived in Cuba for almost twenty years. He left the island as the political landscape was turning and before Castro came to power. When Hemingway exited Cuba, he left a few guns behind that are now in a state owned museum on the island. 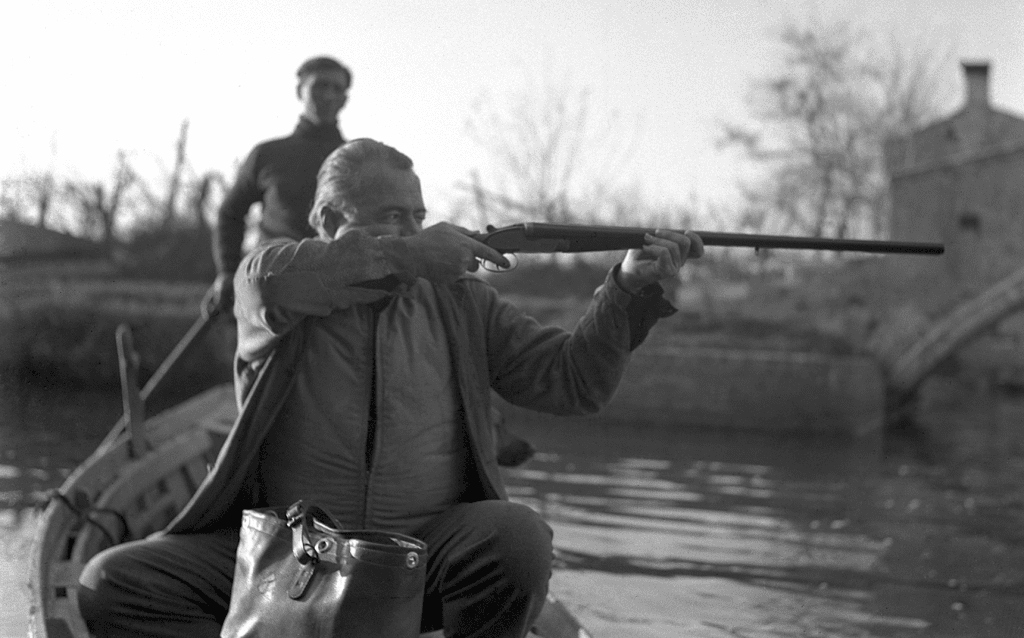 Hemingway with his Scott 12 gauge duck hunting in Italy in the 1940s.

Most of Papa’s guns were built for hunting. He spoke fondly of learning how to hunt at an early age with his father. He was a big fan of double-barreled shotguns. One of his favorite guns was a 12 gauge W.&C. Scott side-by-side. This was with him in Cuba, while hunting ducks in Italy in the 1940s and on his last African Safari in the 1950s. It is also speculated that it was this shotgun that he used to end his life in 1961. 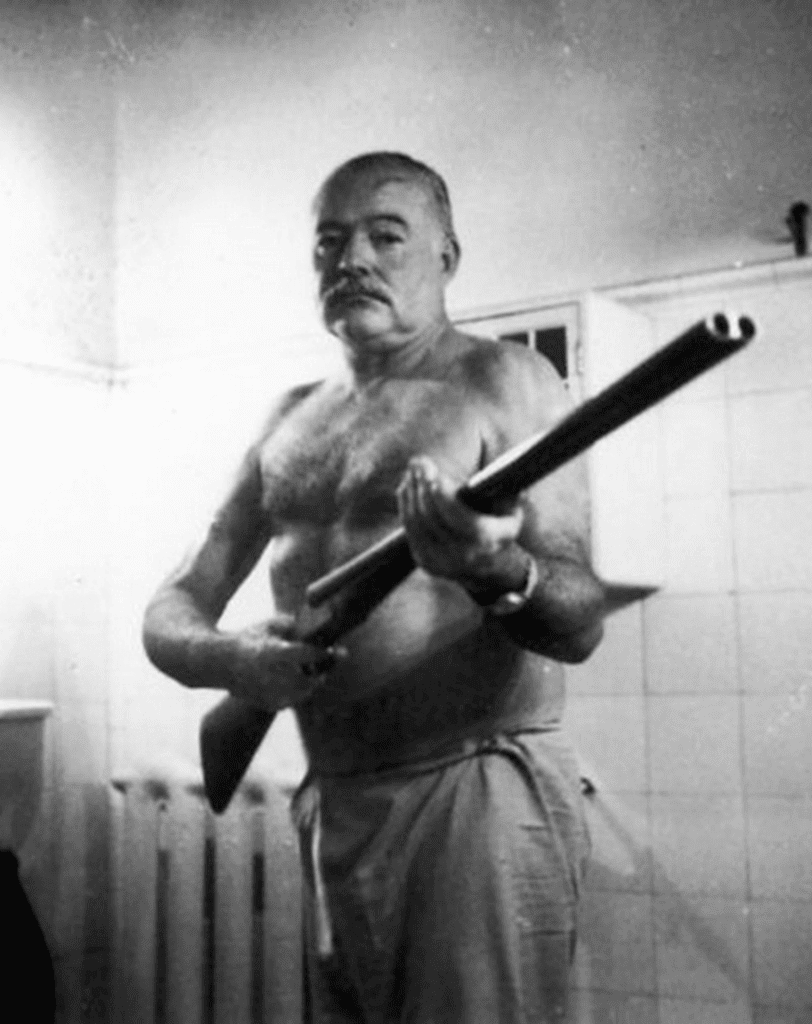 In the 1980s the Arturo Fuente Cigar Company released a cigar line called Hemingway as a tribute to the man who was also a cigar smoker. The different sizes in the line have names like, Short Story, Best Seller, Classic and Between the Lines. These cigars are made with an African grown Cameroon wrapper leaf over well aged binder and filler tobaccos from the Dominican Republic. 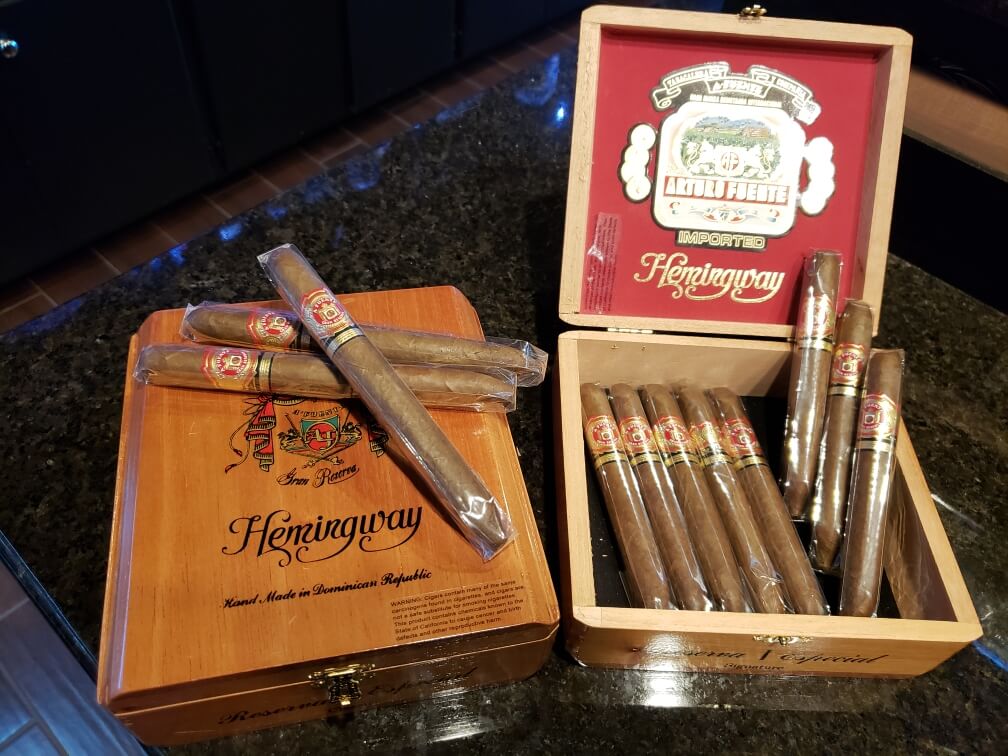 So the next time you are out dusting clays or slaying ducks with your favorite shotgun, have a Hemingway from Arturo Fuente to celebrate afterwards.

Shooting Notes: Does it get more classic than a side-by-side shotgun? If you are shooting a 3” Magnum 12 gauge be prepared for recoil and a possible shoulder hickey.

Tasting Notes: Smooth, slightly sweet with a good bit of cinnamon spice. The Hemingway is an extremely well constructed figurado.