Federal Premium has been working on a new AR-15 cartridge that stays supersonic out to 1,300 yards. Yes, you read that correctly. It is called the .224 Valkyrie and it’s a cool little round.

Check out the video Federal Premium made about it.

They claim it has half the recoil of comparable rounds. They are comparing the .224 Valkyrie ballistics to 6.5 Creedmoor! 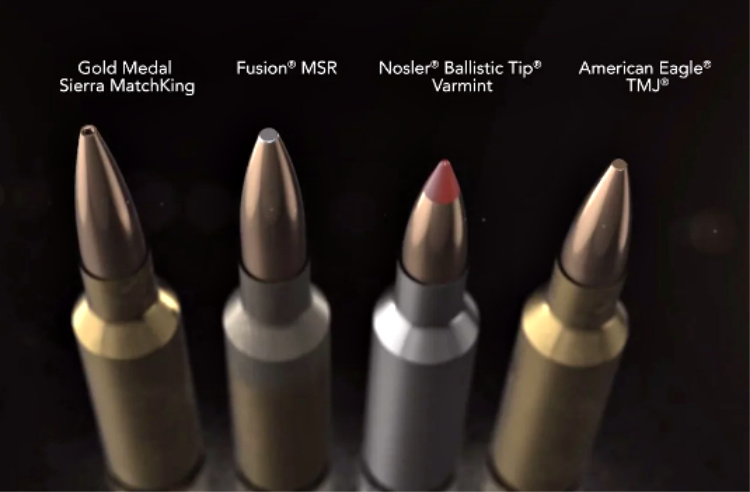 So you have a variety of bullets options for anything from varmint game hunting to long-distance competition shooting. No word just yet on the cost of this new round. Hopefully, it will be comparable to 6.5 Grendel or less. Ideally $1 per round or less. You can check out Federal’s website for more information.

As Federal Explains in the Press Release

Federal Premium’s 224 Valkyrie takes the long-range precision and ballistic performance of the MSR 15 platform to unheard of heights. The results recorded by Federal Premium engineers during the cartridge’s extensive development and testing process speak for themselves. The 224 Valkyrie provides extremely flat trajectories, supersonic velocities at as far as 1,300 yards downrange, and match-grade accuracy.

It offers dramatically improved trajectories over all other MSR 15 cartridges, including the 22 Nosler, 223 Rem. and 6.5 Grendel—with roughly half the recoil of larger cartridges offering comparable ballistics, such as the 6.5 Creedmoor.

Built To Go the Distance
Loaded with a selection of high-performance projectiles, the 224 Valkyrie is the new first choice of long-range target shooters and hunters looking to extend the reach of their favorite MSR 15. Plus, even though the new 224 Valkyrie was designed for gas-driven MSR 15 actions, it’s also extremely effective from bolt guns. All of this is great news for shooters who’ve longed for practical, economical and exceptionally reliable 1,000-plus-yard performance.

The 224 Valkyrie is based on a 30 Rem./6.8 SPC case necked down to .224 caliber. This gives it similar geometry to the 22 Nosler—although the Valkyrie’s ingenious blend of case capacity and ample ogive space, coupled with a highly efficient, heavy-for-caliber .224 projectile, produces downrange exploits the 22 Nosler can’t touch.

It offers up to 127.88 inches less drop and 68.76 inches less wind drift at 1,000 yards than the 223 Rem and other short-action calibers like the 22 Nosler and 6.5 Grendel. Plus, its ballistics are comparable to much larger, harder-kicking calibers like the 6.5 Creedmoor—with as little as half the felt recoil.

To say the 224 Valkyrie is fast, even at long ranges, is an understatement. Testing conducted by Federal Premium engineers confirms its high-speed capabilities. For example, the 224 Valkyrie 90-grain Gold Medal Sierra MatchKing produces leaves the muzzle at 2,700 feet per second; it maintains a blistering 1,950 fps pace at 500 yards and 1,268 fps when crossing the 1,000-yard line. In fact, it remains supersonic out to 1,300 yards. Velocities are based on 24-inch test barrels with a 1:7 twist.

“Along with its ballistic benefits, the 224 Valkyrie also lowers the financial barrier of entry into shooting 1,000 yards for fun and competition,” said Federal Premium development engineer Jacob Burns. “Shooters can use the widely available and popular MSR 15 platform with high-performance yet economical ammunition that costs less than traditional long-range rounds like the 6.5 Creedmoor.”

224 Valkyrie 60-grain Nosler Ballistic Tip Varmint
The 224 Valkyrie is built to defeat wind drift and drop, and the 60-grain Nosler Ballistic Tip Varmint maximizes these built-in ballistics with a sleek, thin-jacket, polymer-tipped bullet. Its explosive expansion provides a violent energy release on impact for quick kills on varmints and predators.

Join the Valkyrie Revolution
The easiest way to capitalize on the new cartridge is purchase a firearm from one of the many gun makers quickly jumping on the 224 Valkyrie bandwagon. You can also purchase a new upper and use with your existing lower.

A gunsmith or other person trained in the art of building MSRs can also make the necessary modifications using a barrel chambered in 224 Valkyrie, 224 Valkyrie headspace gauge, plus a 6.8 SPC bolt head and 6.8 SPC magazine. Consumers can expect to see widespread availability of new guns, uppers and barrels as the cartridge gains traction in the marketplace. Again, it is recommended that shooters who decide to go the modification route enlist gun-building expertise to complete the transformation.

Shooters can expect full technical specifications for the new round once it is approved by the Sporting Arms and Ammunition Manufacturers’ Institute (SAAMI) in January at the 2018 SHOT Show in Las Vegas. At that time, information such as chamber specifications and cartridge pressure standards, including SAAMI’s maximum average pressure (MAP), proof pressure range and barrel length/twist recommendations will be communicated. Cartridge and chamber dimensions, drawings and diagrams will also be available soon after SAAMI makes the cartridge official.

Ultimately, Federal Premium’s 224 Valkyrie will unleash a new era of 1,000-yard-plus accuracy and performance for gas-driven MSR 15s and short-action bolt guns, without the hefty recoil and price tag of larger caliber options. Thanks to the continuation of Federal Premium’s 95-year commitment to excellence, shooters can expect best-in-class ballistics, supersonic flight past 1,300 yards (GM224VLK1) and extreme long-range accuracy from this exciting new cartridge. And with the full array of high-performance projectiles available, it’s poised to deliver on virtually every shooter’s needs.

What About the Magazines?

Since it is based on a 6.8spc cartridge you have to use 6.8spc magazines or even 6.5 Grendel magazines. However, that is not a big deal. 6.8spc mags are not expensive. You can get 25 rd mags for only $14.99 here on Gun Mag Warehouse.

Looking for a 224 Valkyrie magazine?