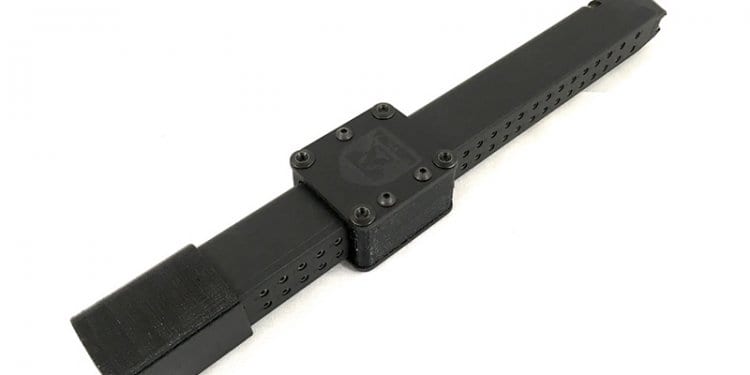 At the moment USPSA Pistol Caliber Carbine (PCC) division does not have any restrictions to magazine size. Open Division, where anything goes like Top Fuel racing, still has a magazine size limitation where the magazine cannot be longer than 170mm. No such thing in PCC.  Because of this the sky is the limit with regards to capacity for Pistol Caliber Carbines. This has given rise to a bunch of upgrades to magazines such as extensions to get 40+ rounds in mgazines.

Why would you want 40+ rounds in a magazine? It is all about the nature of USPSA competition. The game is pure speed with a hint of accuracy. Typically a stage is 30-35 rounds. So having a 40+ rd magazine means you do not have to reload and that saves time. Imagine how much time is saved in car racing if you could have a really large fuel tank and not have to refuel during a race. Same idea applies here.

Taccom makes a coupler that holds two factory Glock magazines end to end. The coupler appears to be some parts 3D printed and some other material for the side plates. 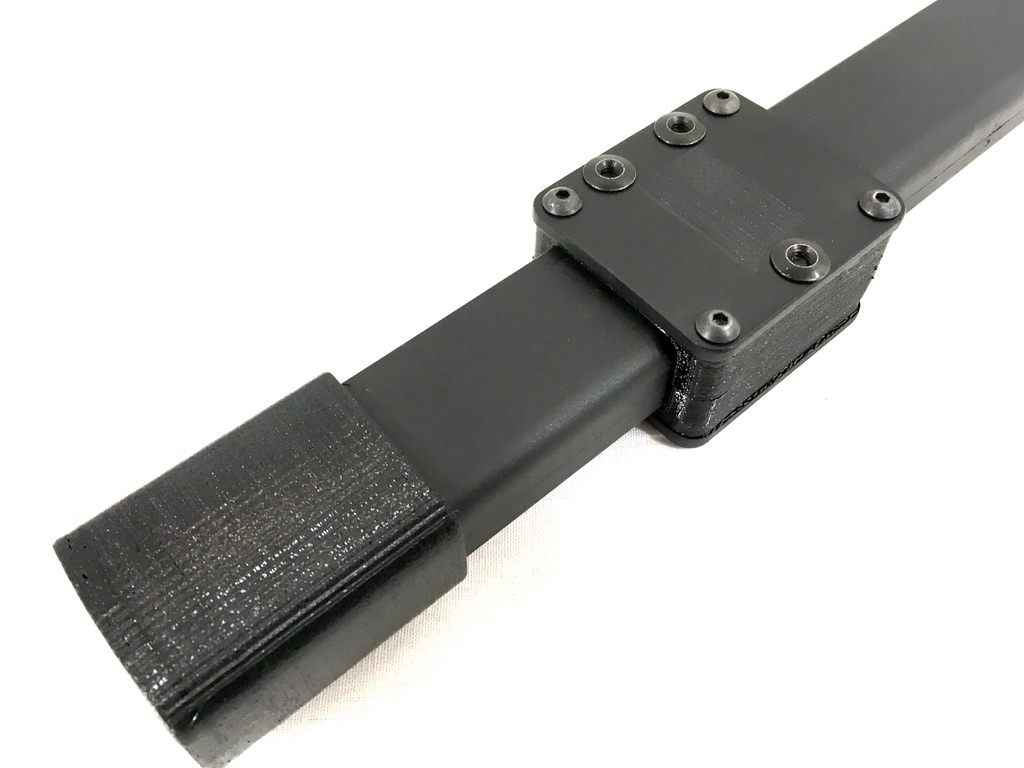 Above you can see the protective end cap that covers up the bottom magazine feed lips. 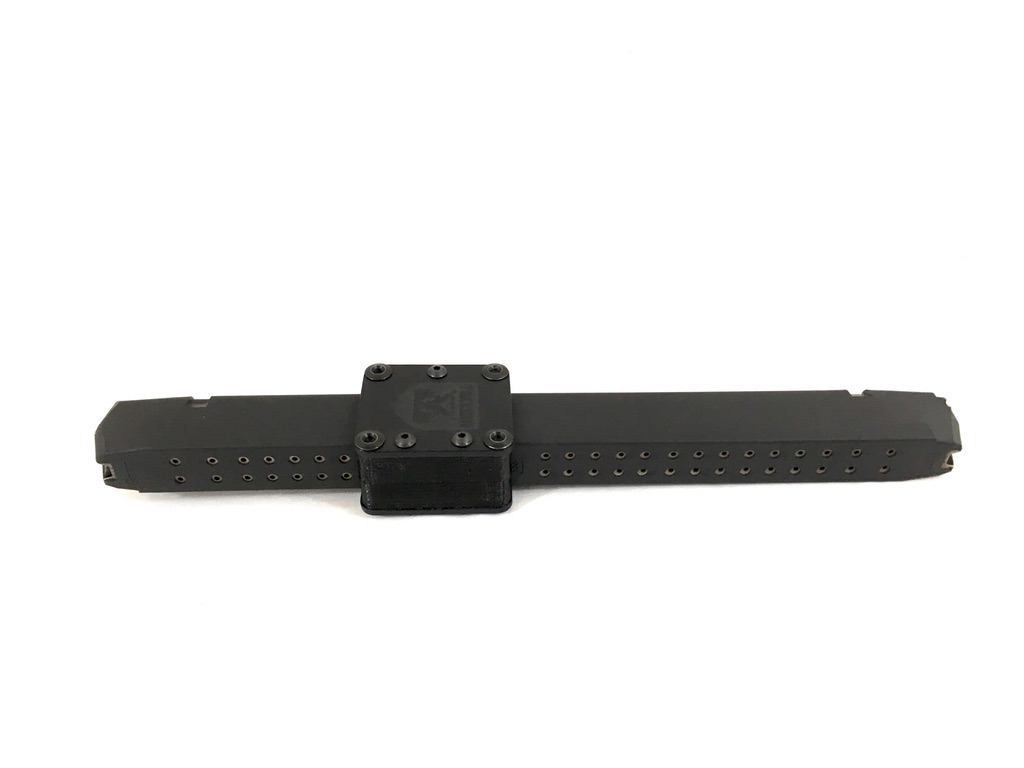 You can couple two 17rd mags for 34 rds, a 31rd and a 17rd for 48rds or two 31rd mags for 62 rds. I am not sure what they are using for the springs. I assume it is just the respective magazine spring that came with the magazine and the springs are positioned end to end.

The coupler retails for only $29.95 on Taccom.com