Does it take Glock Magazines? You’ll see and hear that sentence spoke anytime we hear phrases like Pistol caliber carbine. It’s gotten to the point where it became a meme in the industry. Glock magazines are not only popular but affordable and easy to find. The Glock’s popularity has spawned rifles that take the mags, SMG lites that use Glock Magazines, and even Polymer 80 builds you do at home. Outside of the AR 15 and maybe the 1911 I can’t think of another weapon with such a popular magazine. The popularity has, of course, lead to a massive aftermarket for Glock magazines. Today we are going to take a little peek at the world of Glock Magazines.

We have to start by talking about Glock’s own OEM magazines. Without a doubt, the OEM magazines are some of the best out there. They are mainly polymer but sport an internal metal lining. They also sport witness holes down the back of the spine that shows each individual round.

There are multiple generations of magazines with a few minor differences between each. The magazines are backward compatible and Gen 3 mags will work with Gen 5 guns and vice versa. However, Gen 4 and 5 magazines have a left-hand retention notch for use in left-handed configurations.

The new Gen 5 magazines sport bright orange followers as well as a lipped polymer baseplate. One interesting note is that Gen 5 G 17 magazines will not fit the Glock 19X. The lipped baseplate does not work well with the lip on the 19X. 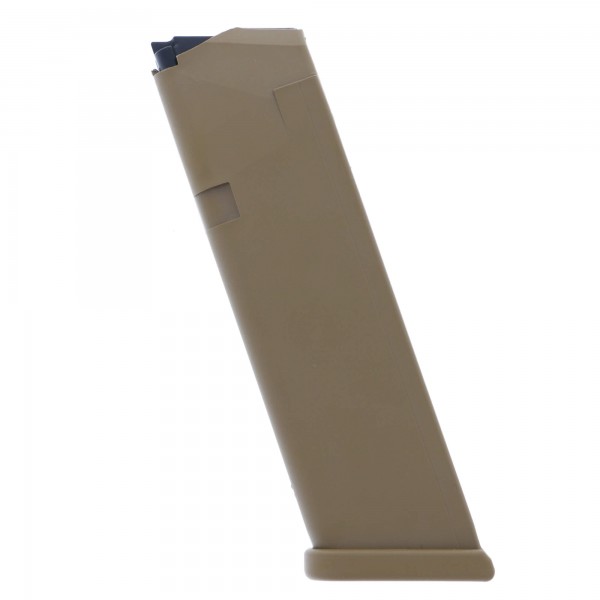 Factory magazines range in capacity based on caliber and design. Glock offers factory extended magazines for their 40 S&W and 9mm magazines. Glock OEM magazines also offer the most customization overall. You can add a vast amount of different baseplates and followers to an OEM mag, something you can’t do with lots of aftermarket mags.

Magpul is a major player in the firearms world the original PMAG took the world by storm. It makes sense that they’d jump into the Glock magazine game. They were one of the most recognizable companies to jump out and produce Glock magazines. Magpul only makes magazines for the double stack 9mm variants of Glock handguns. Known as the GL9 series these magazines come in capacities of 10, 12, 15, 17, 21, and 27 rounds.

They feature the Gen 4 ambi cuts but lack witness holes. They have a single witness hole at the very bottom of the magazine. I’ve used the GL 9 17 rounders extensively and have been impressed by them.

ETS Group’s claim to fame is their clear Glock Magazines. Why have witness holes when you can just see every round in the gun? Without a doubt, the clear magazines give you an instant picture. Plus, let’s be honest here, the magazines look cool. Plus they are priced affordably and run reliably. I’m personally a fan of their extended magazines because what’s the point of a clear magazine if you can’t see the rounds?

ETS makes standard and extended magazines for your standard doublestack Glock 9mm and 40 S&W magazines with capacities up to 31 magazines, as well as comp legal extended magazines. They also offer extended single magazines for the Glock 42 and Glock 43, you know in case you need 12 rounds in your single stack. Also, if you get into ETS magazines check out their mag loaders as well. They are an absolute dream.

KCI is a Korean firm who makes some very affordable Glock magazines. These are more aimed at range use than duty use. I’ve recently gotten two KCI Glock magazines and so far I’ve been pleasantly surprised. These magazines look just like the Glock OEM magazines and even feature the metal lining. They make a variety of different calibers and capacities. This includes a 26 round Glock 21 magazine.

Also, you can’t forget the fact they make a Glock drum! There are both 9mm and 40 S&W drums that hold 50 rounds of ammo. They also make extended 9mm and 40 S&W straight magazines. Stand by and I’ll have a full review of both the drum and 33 round magazine soon.

SGM is an American company that makes a few extended capacity Glock magazines. Their selection is limited, but their quality is high and their cost is low. They even produce a very high quality, high capacity. Glock 21 magazines that hold 26 rounds of 45 ACP. The SGM magazines ar every well made and also come in 9mm and 40 S&W variants. These capacities are built to exceed OEM standards and at the price are hard to beat. The only downside I’ve encountered is the very stiff springs when you first use them.

Amend 2 magazines are very new to the market and we haven’t had a lot of time with their Glock magazines to see how they function. They seem promising, and affordable. Amend 2 already makes excellent AR 15 magazines, and they’ve recently produced both a Glock 17 magazine with an 18 round capacity. They are also producing a 6 round Glock 42 magazine and a 6 round Glock 43 magazine.

Pro Mag is likely one of the most affordable options for cheap Glock magazines. They are very basic, and best designed for range use over duty use. Their affordable price tag makes it easy to stock up for those range trips that charge by the hour. They produce magazines for most Glock models, including the 42 and 43.

If you have installed a 22 LR conversion kit on your Glock there are magazines options out there. Advantage Arms makes standard capacity models, as well as extended 25 round variants. These magazines are reliable, affordable, and fun. 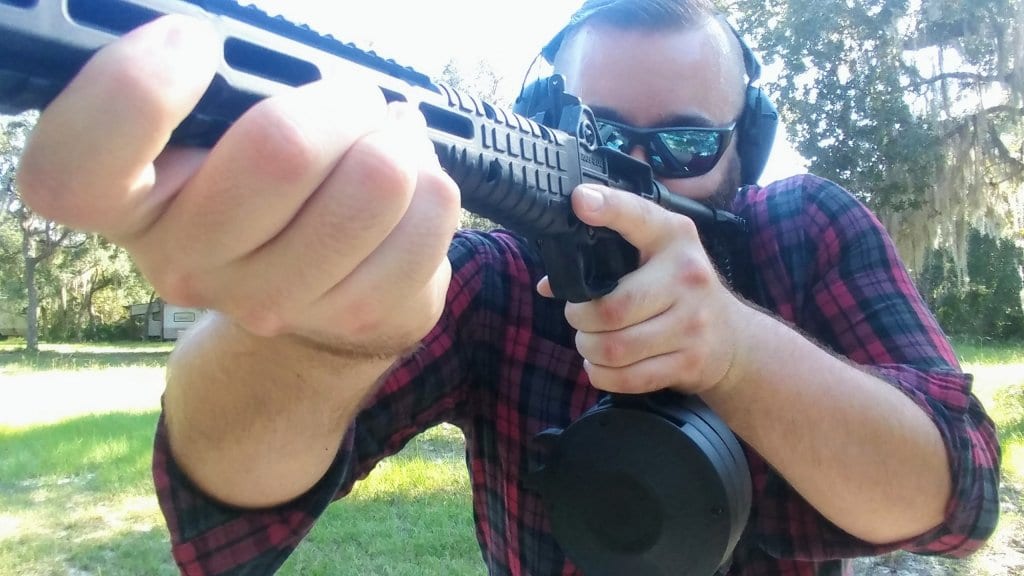 If you are rocking the mighty 50 GI from your Glock gunfighter industries you are also going to need 50 GI magazines. They offer a 9 round magazine for your converted Glock that sports the Witness holes you’ve grown to love with Glock magazines.

I’m almost positive I’ve found the entirety of Glock magazines out there. There are tons of options currently, and there are options are nearly every capacity and at every budget. These magazines are designed to function with Glock pistols, but we all know a variety of guns that aren’t Glocks take Glock magazines. These different guns may have some issues with aftermarket Glock magazines, so be sure to experiment with what works. Glock magazines work, are affordable and are everywhere. I honestly hope more companies adopt the magazine as a base.